WHEN Stephanie McKittrick was told to terminate her baby to save her own life, she knew it wasn't an option.

The recruitment consultant was just 20-weeks pregnant when she was diagnosed with hydrocephalus – a deadly build-up of fluid on the brain. 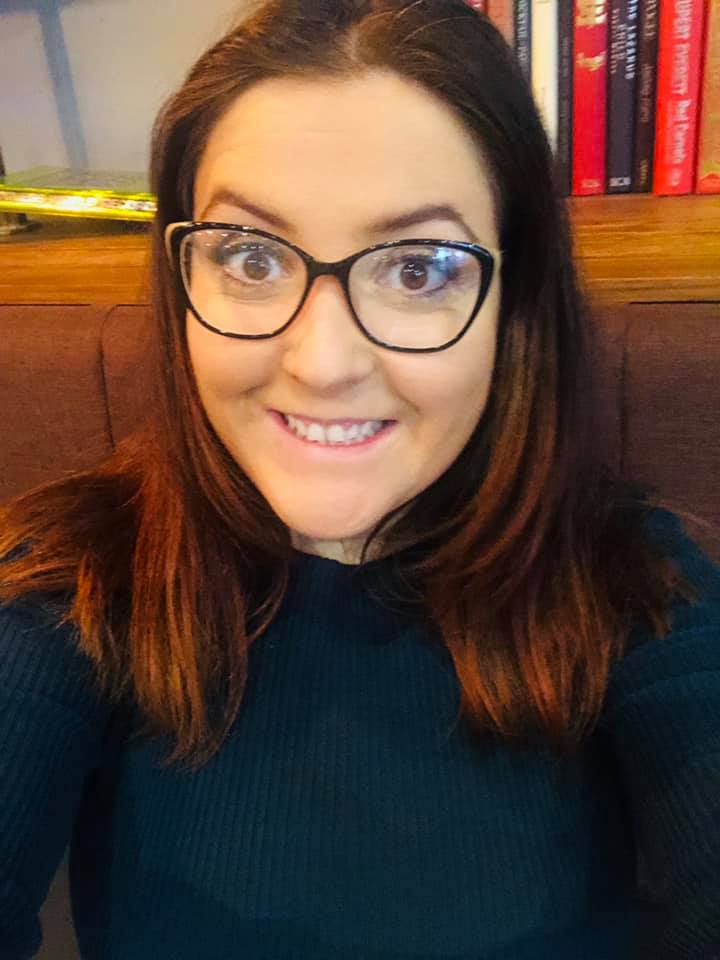 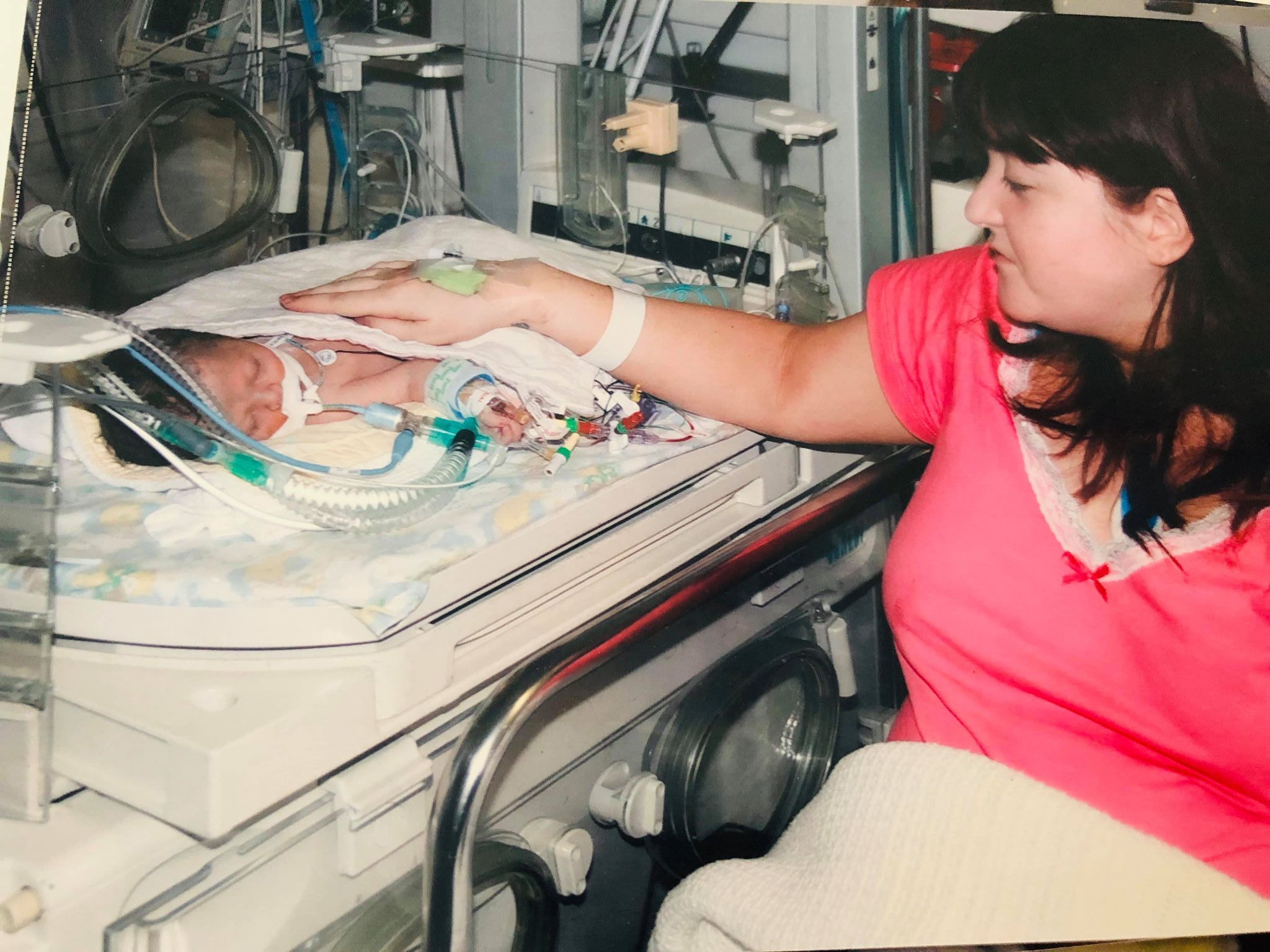 Doctors said that in order to save her life they'd need to put a thin tube called a shunt in her brain, but it couldn't be done while she was pregnant.

In a further blow, scans revealed her unborn baby's diaphragm hadn't formed properly and she was told there was only a 30 per cent chance of survival.

Stephanie, from Belfast, was advised by doctors to go to England for a termination.

She said: "Doctors said my baby was unlikely to survive. But I couldn’t sacrifice my baby to save myself.

"That goes against every single mothering instinct. Even if she was born and only lived for an hour… I still wanted to meet her.”

Stephanie’s problems began shortly after she fell pregnant with her second child, just nine months after having daughter Lexie, in 2012.

She said: “I was lying in bed one morning, when I was about nine-weeks gone, and I just couldn’t open my eyes.

“It felt like the whole universe was collapsing. I finally managed to stagger to the bathroom, and then I just couldn’t stop vomiting.”

Stephanie’s mum Mary took her to A&E, where she was told it was severe morning sickness and sent home to rest.

She said: “The next few weeks were a living hell. The pain in my head was so severe I couldn’t even stand up.

"I was literally crawling round the house, carrying a bucket in one hand to throw up into, and nappies or bottles for Lexie in the other.”

By the time her 20-week scan rolled round, doctors were beginning to suspect something more serious was going on.

Stephanie, now 34, said: “They thought I might have a brain tumour. But they decided to do the scan first to check the baby was okay.”

That's when she discovered her unborn child had Congenital Diaphragmatic Hernia (CDH) meaning her diaphragm hadn’t formed properly and her abdominal organs were growing in her chest cavity, preventing her heart and lungs from developing correctly.

“They gave her just a 30 per cent chance of survival. CDH babies are very poorly; some can be operated on successfully but it depends on how well their organs develop.

"They said my baby had the most severe type.”
Stephanie was still struggling to come to terms with that news when she was wheeled away for her own scans.

Doctors discovered she had a build-up of excess fluid on her brain – hydrocephalus – which if left untreated could be fatal.

But she was determined to continue with her pregnancy and ignored doctors advice to terminate.

She was offered a procedure at Belfast’s Royal Victoria Hospital known as an ICP bar, to help relieve the growing pressure but it would involve surgeons drilling three holes into the top of her skull.

As she was 30-weeks pregnant, she says they had to keep her awake during the surgery, with just a local anaesthetic and paracetamol to help with the pain. 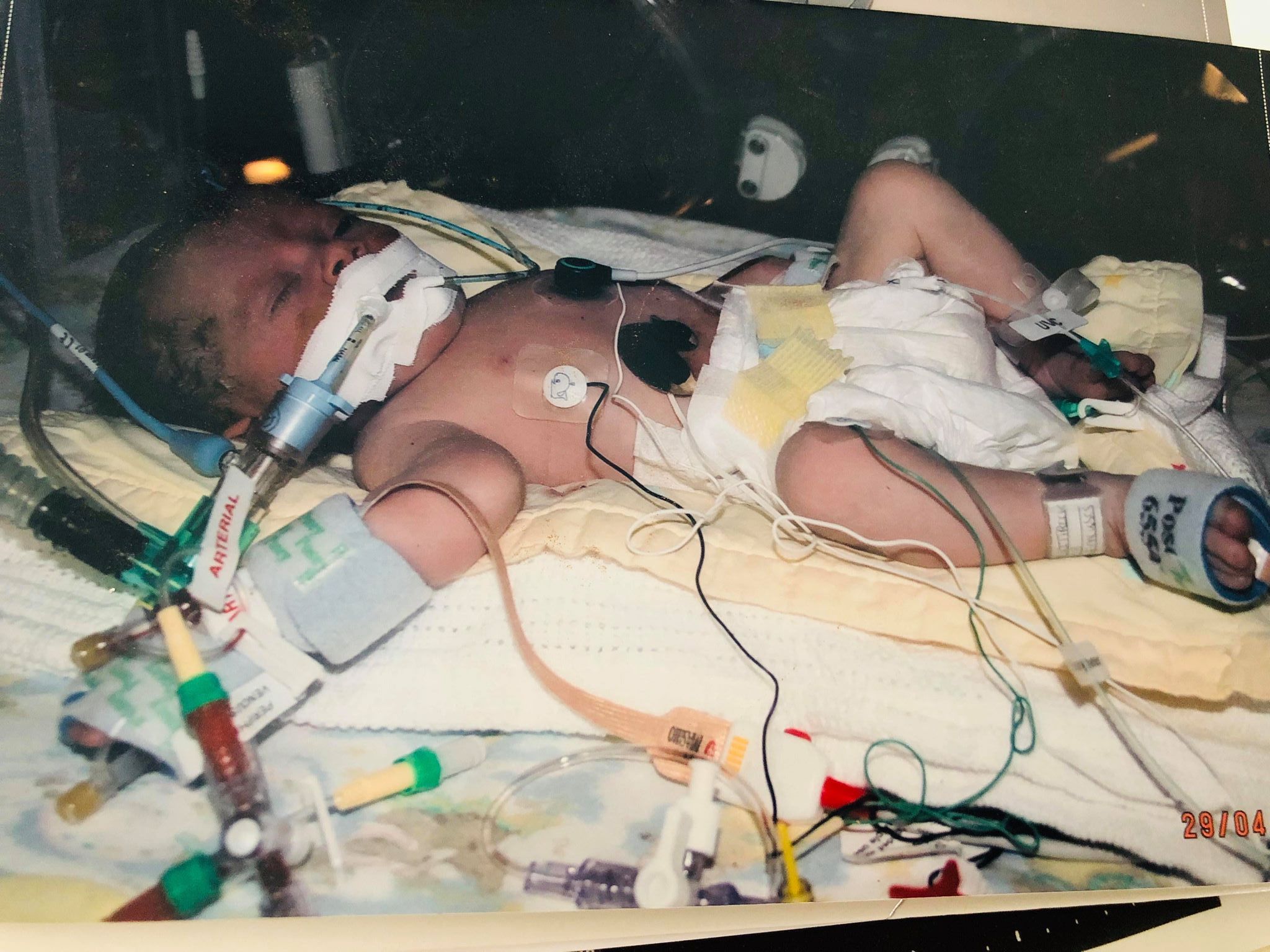 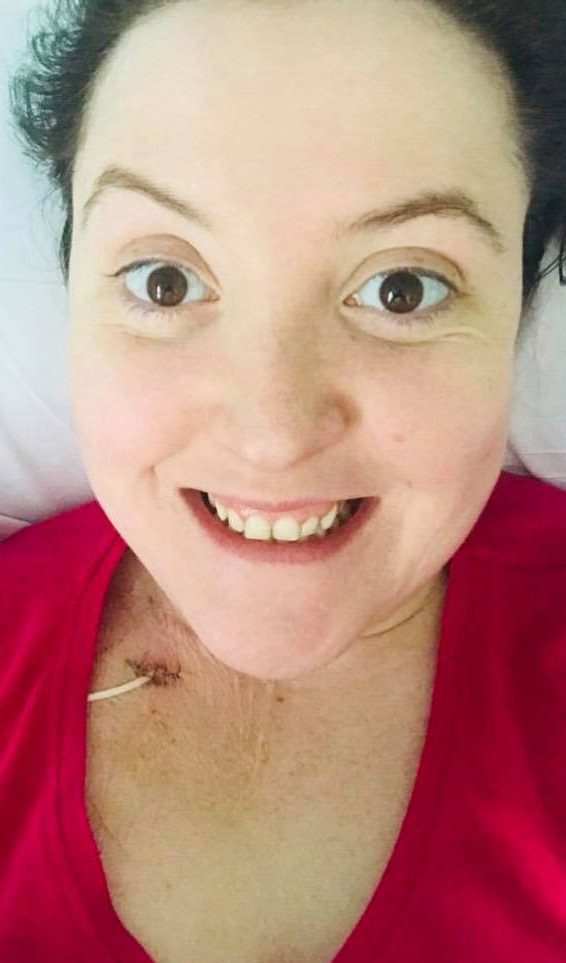 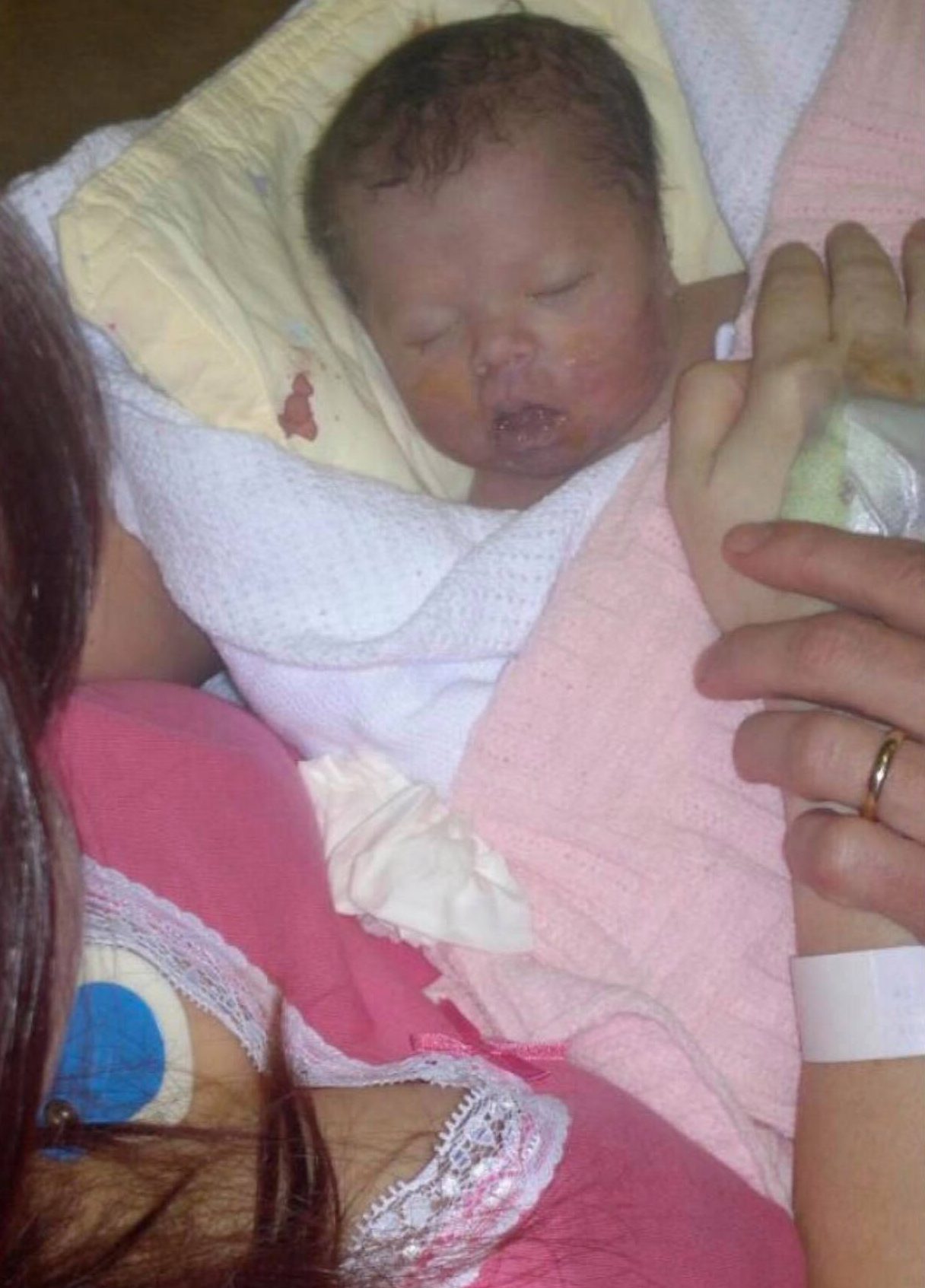 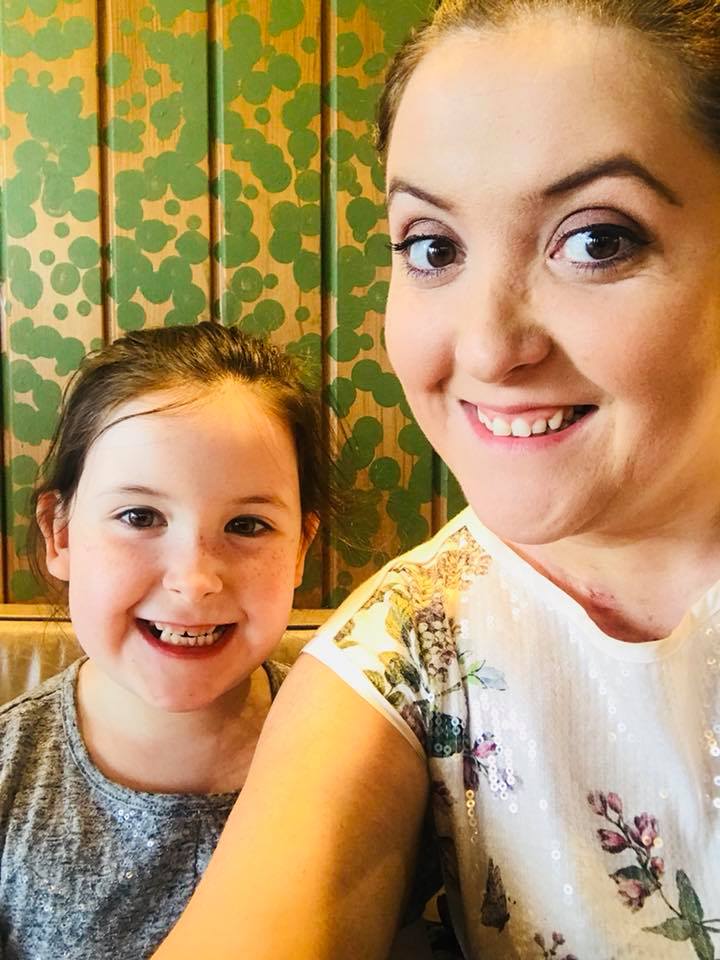 Stephanie said: “It was the most terrifying hour of my life. I could actually feel the blood trickling down the sides of my head.

“They’d strapped me down to keep my head still. All I could do was lie there, crying my eyes out.

"But I knew I had to be strong for the sake of my unborn baby. I’d have done anything for a chance to meet her – brain surgery included."

The brave mum was able to get through the procedure, carrying her baby to 39-weeks before she was delivered by C-section on April 29, 2013.

Stephanie said: "My first words after the birth were ‘is she alive’. They rushed her straight to NICU, and I was taken up to see her.

“As soon as I walked in, I knew she didn’t stand a chance. There were so many machines around her cot keeping her alive, compared to all the other babies.

"I could see at one glance that she was the sickest.

“It didn’t matter though, she was still beautiful to me. I named her Layla.”

Tragically, Layla was born with just half a heart and one lung and doctors said there was nothing they could do to save her.

Just 25 hours after she was born, Stephanie made the heartbreaking decision to turn off her daughter’s life support.

She said: “I knew she could hear me. Every time I kissed her head, her wee eyes fluttered open.

“I wanted her to die in my arms, I wanted to take her off the machines and give her a cuddle. I decided to do the right thing and let her go peacefully.

"Lexie was able to meet her too, although at 18 months she was too young to know what was going on – she was just jealous that I had another baby in my arms.

“Slowly Layla slipped away. The nurses kept coming over and checking on her, and saying ‘she’s still with us’.

"But I knew that she’d gone when she stopped opening her eyes as I kissed her.” 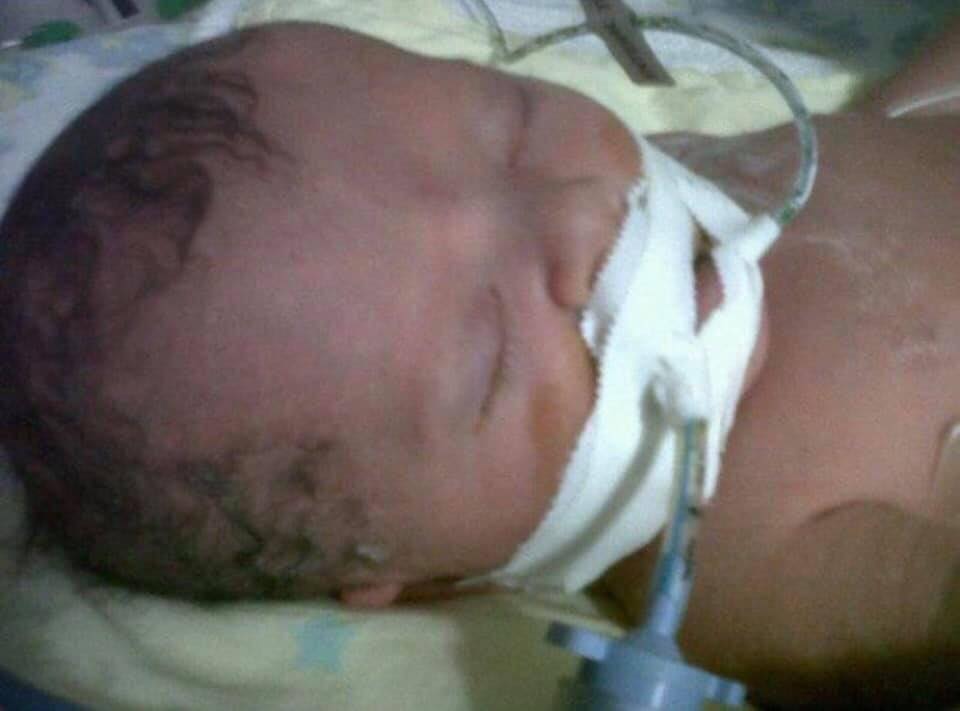 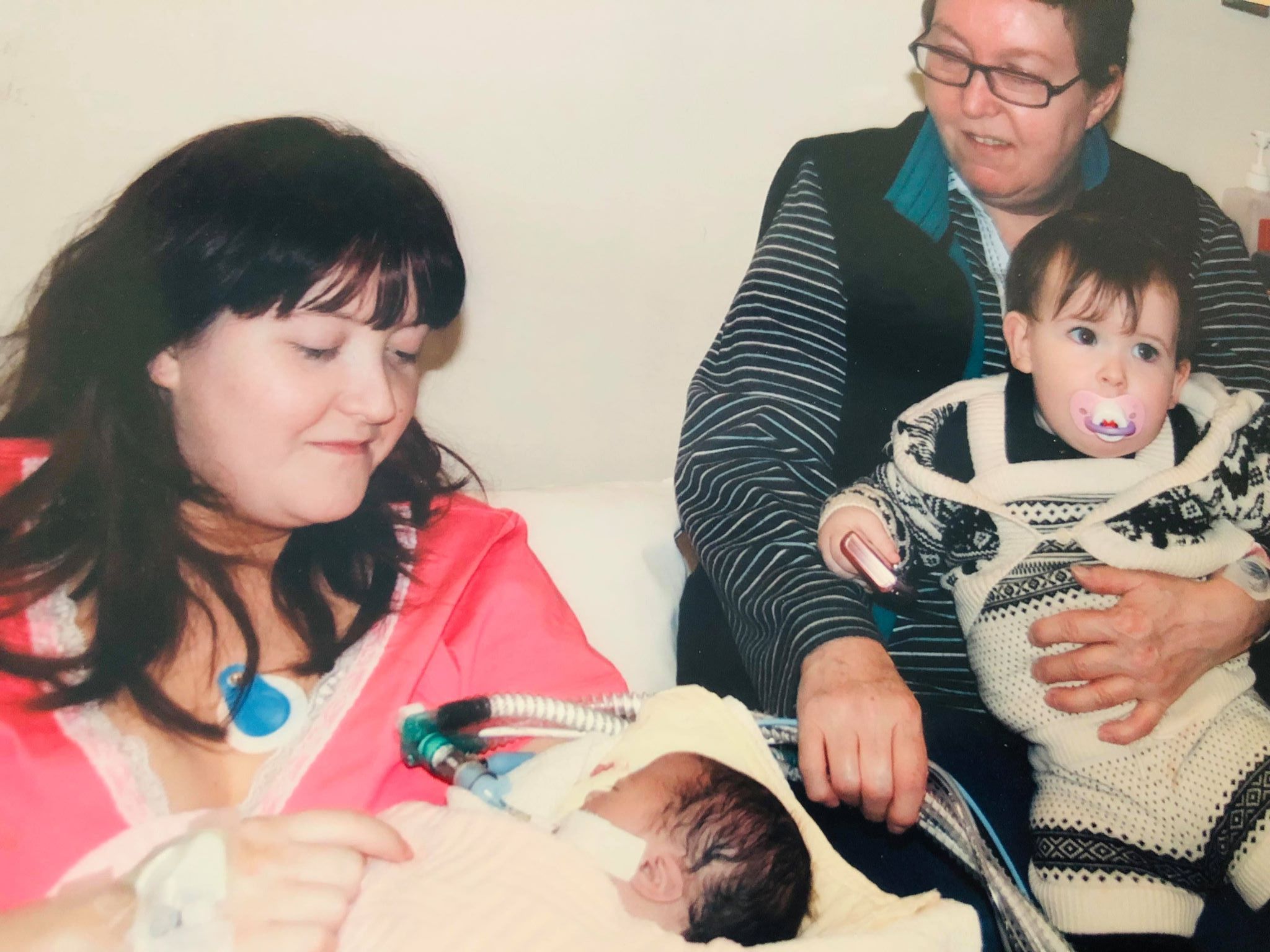 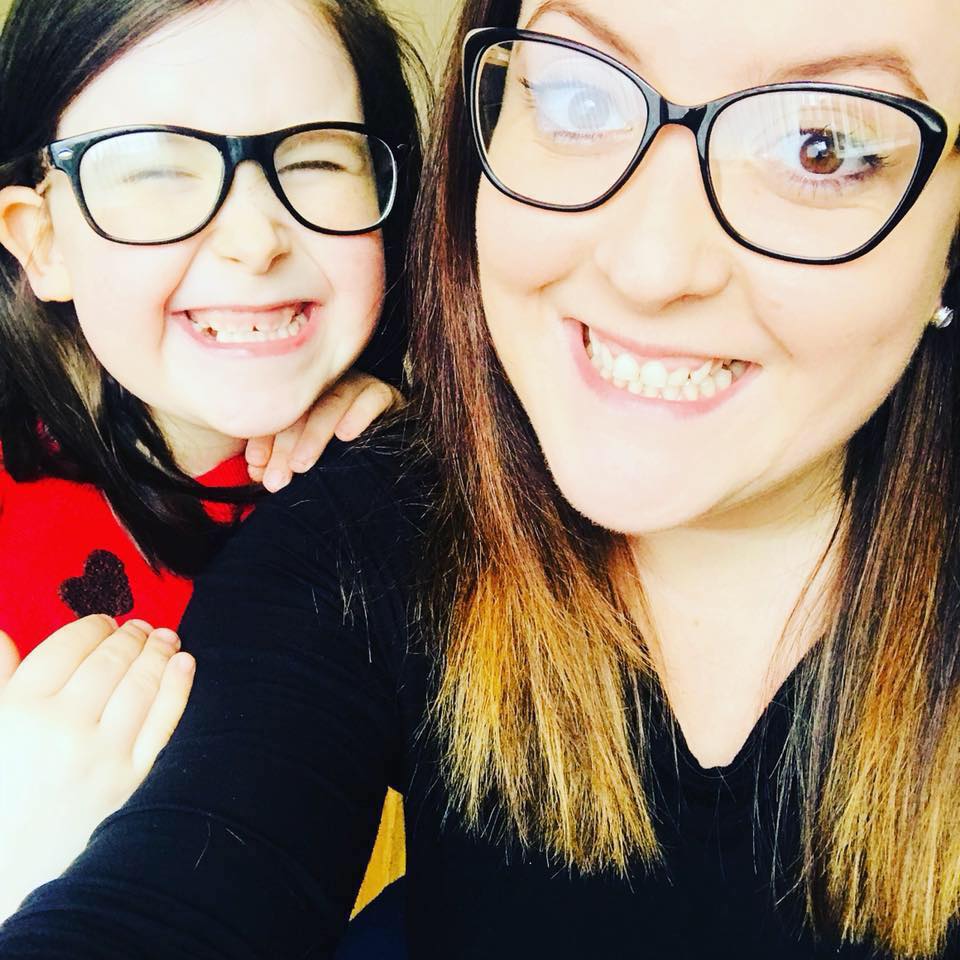 Just six weeks after losing her daughter, Stephanie underwent a major operation – this time under general anaesthetic, in another effort to ease the fluid build-up in her brain.

She has since had nine more brain surgeries, including having a shunt fitted to more permanently ease the pressure in her skull, and is now cared for at Salford Royal Hospital in Manchester.

Lexie, now eight, tells her friends that “Mummy has a magic tube in her head”.

Since her last procedure, in May last year, her condition has been stable but Stephanie admits it's been a battle.

She said: “I went through some dark times. For years after Layla’s death I was so ill that I was just in-and-out of hospital.

"I was grieving for her and fighting for my own life. It hit me like a tonne of bricks but my family were incredible.

“I’m writing a book about my life experiences, which I’m hoping to self publish later this year.

"Hopefully my story will help others who’ve been through severe trauma.

“Looking back, it was all worth it. Brain surgery while awake was horrendous, but I’d do it again in a heartbeat for the chance of another cuddle with my beautiful Layla.” 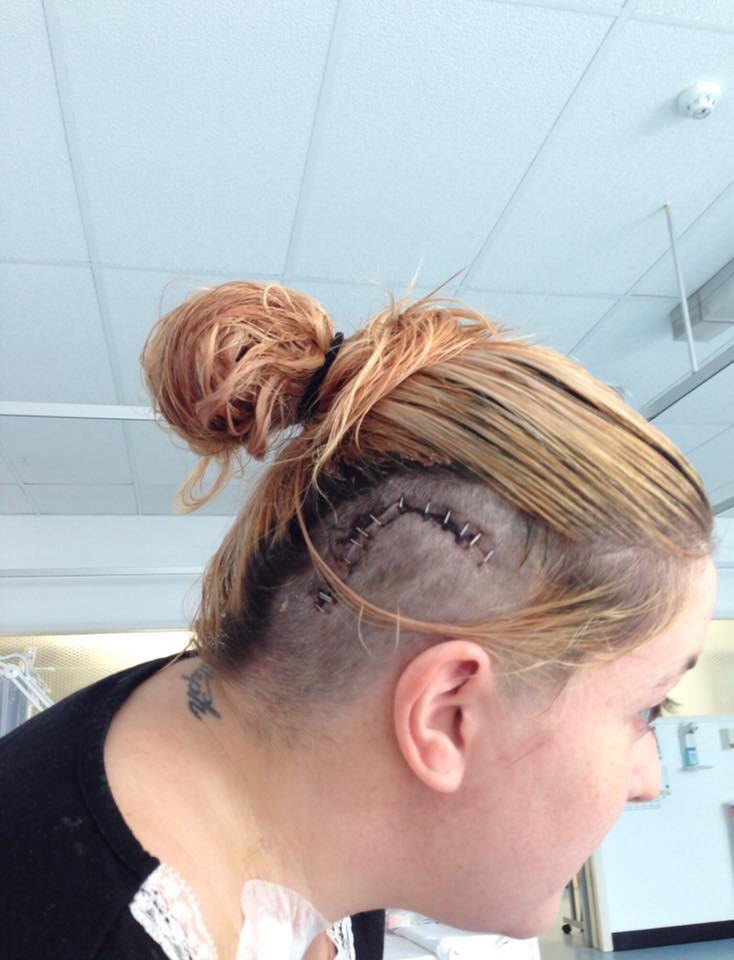 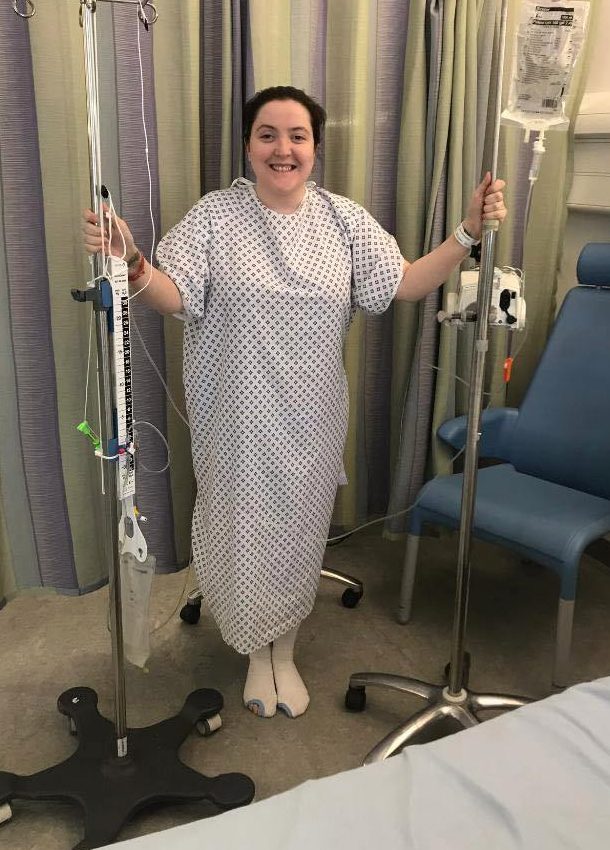