A MUM who thought her shy daughter was nervous about going back to school was shocked when her tummy ache turned out to be cancer.

Olivia Rodney had been suffering with tummy ache during the Christmas holidays and her mum Siân said she had developed a paunch around her stomach. 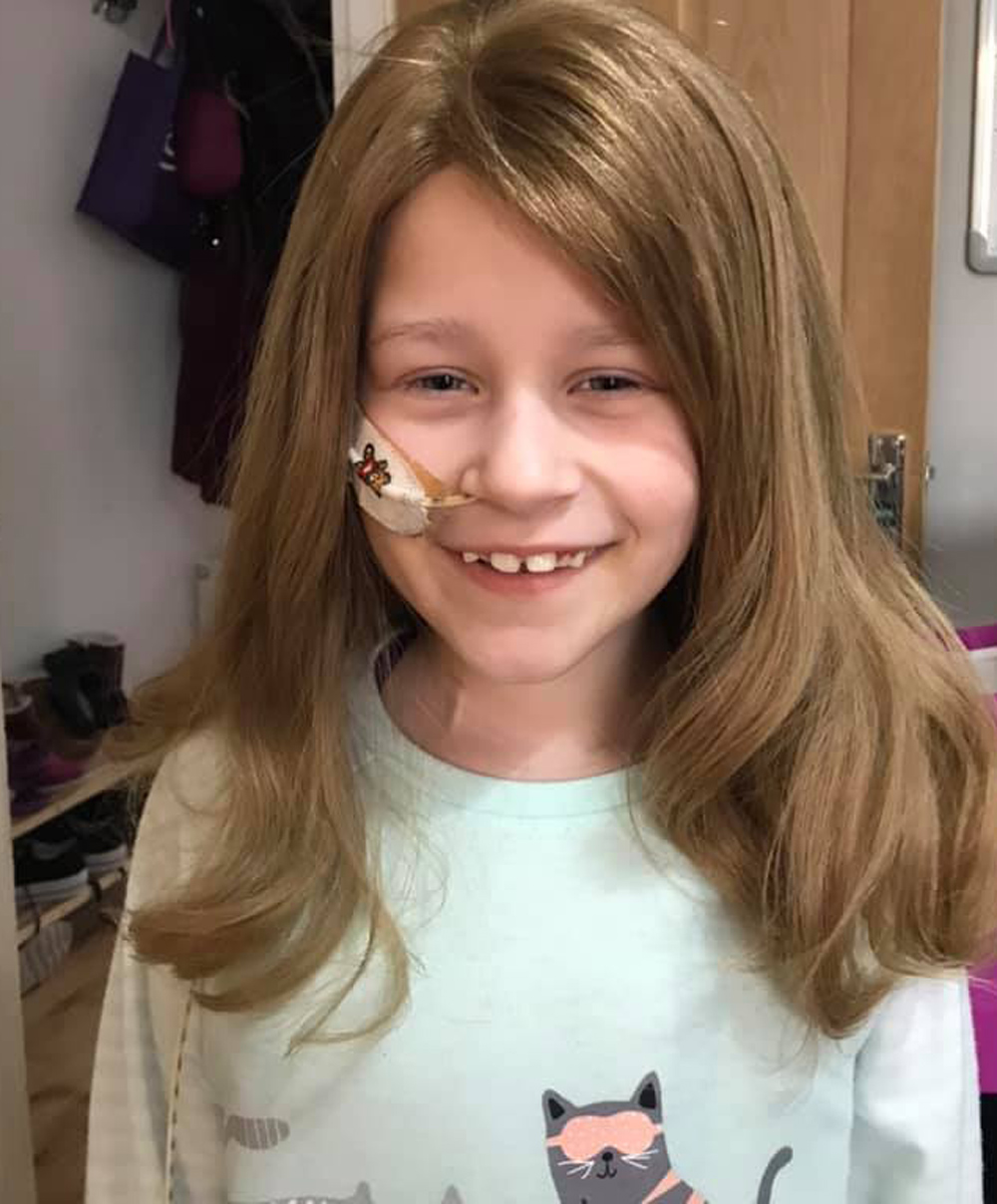 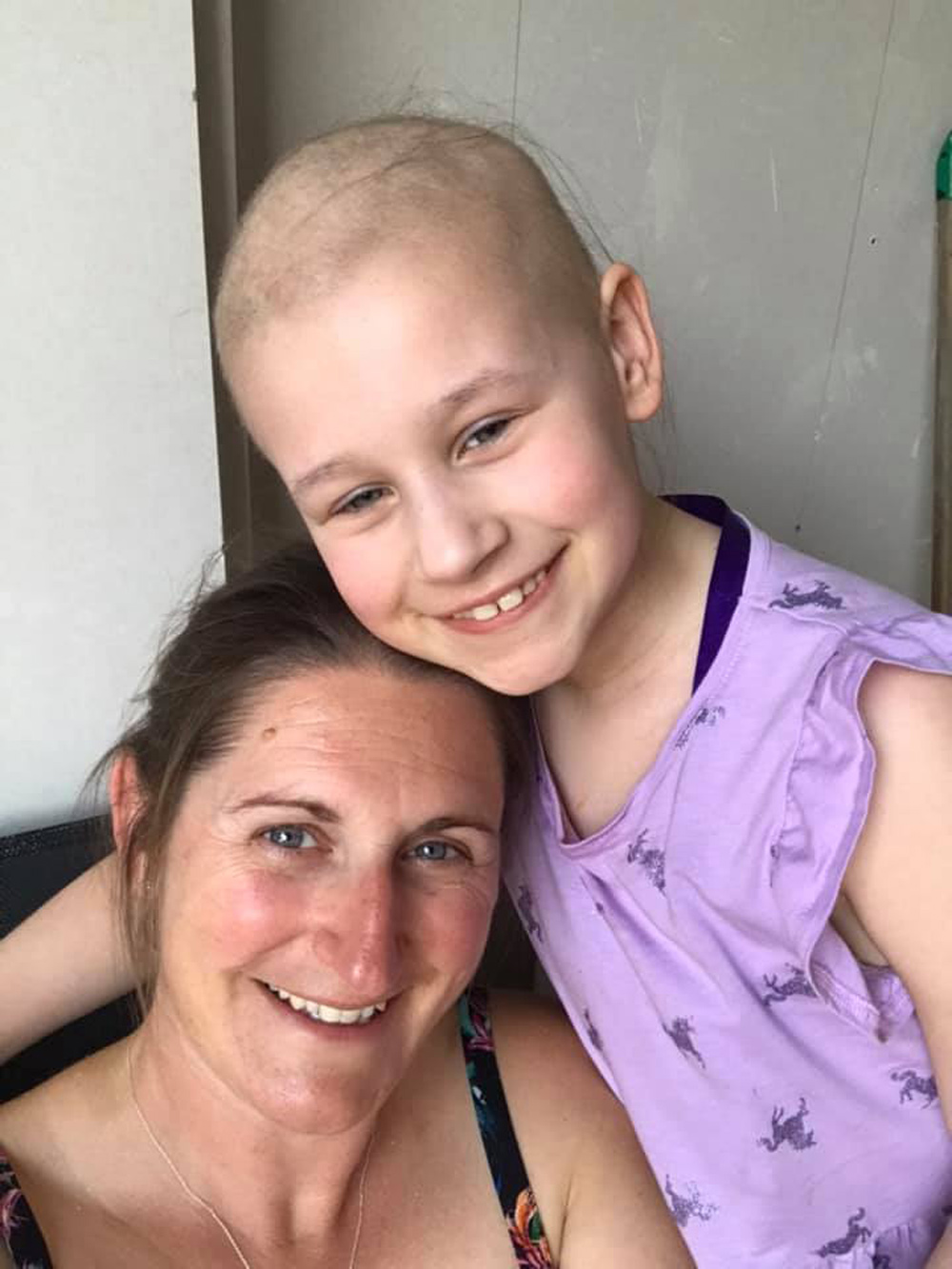 Siân thought the little bump was due to extra sweets and chocolate over the festive period.

The family were horrified when they discovered that Olivia, 8, had a cancerous tumour the size of a watermelon in her abdomen.

Siân and Chris Rodney thought Olivia might have appendicitis and Olivia was rushed to hospital.

It was then that they discovered a mass in Olivia’s stomach and tests revealed it to be Burkitt lymphoma – a rare and fast-growing cancer of the lymphatic system.

Siân, 39, of Bedford said nobody ever dreams they will have to deal with childhood cancer.

She said: “When it’s suddenly in front of you, you feel like a rabbit caught in headlights with no idea what to do.

“But, through all of this, Olivia has shown us what a strong little superstar she is.” 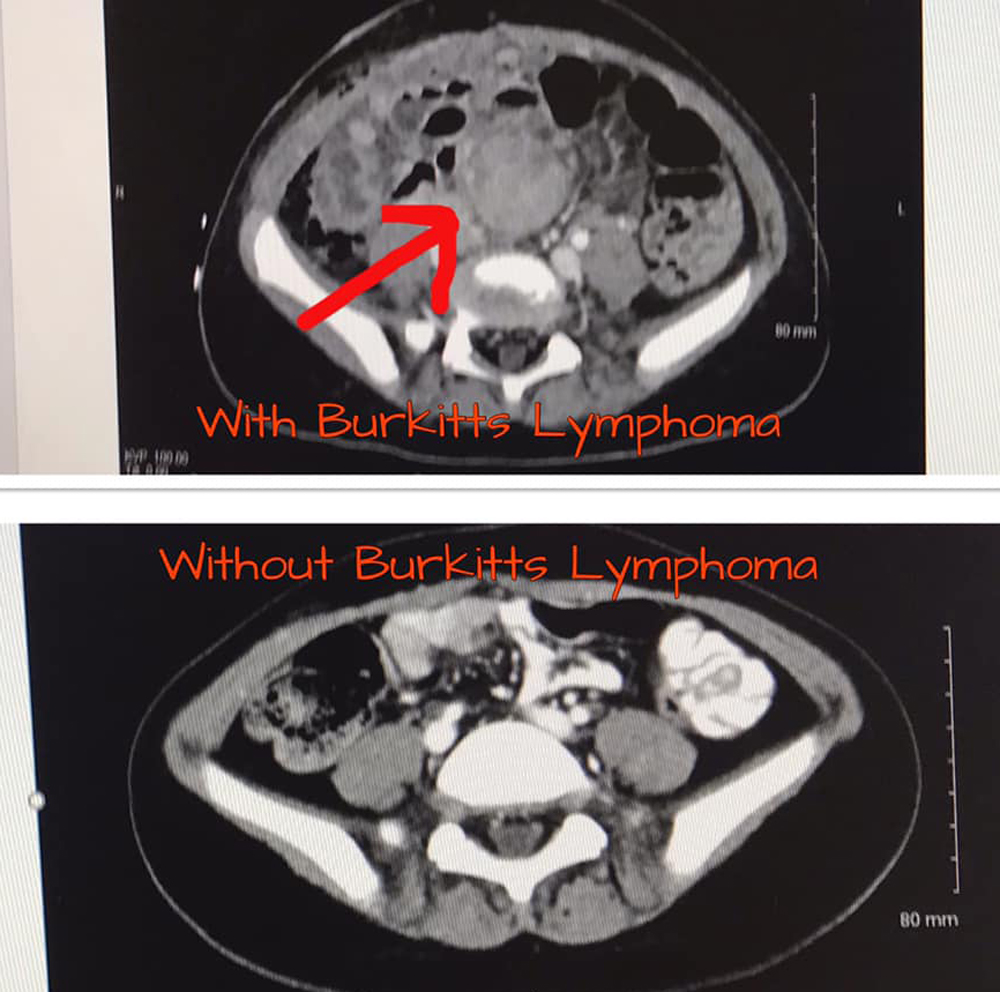 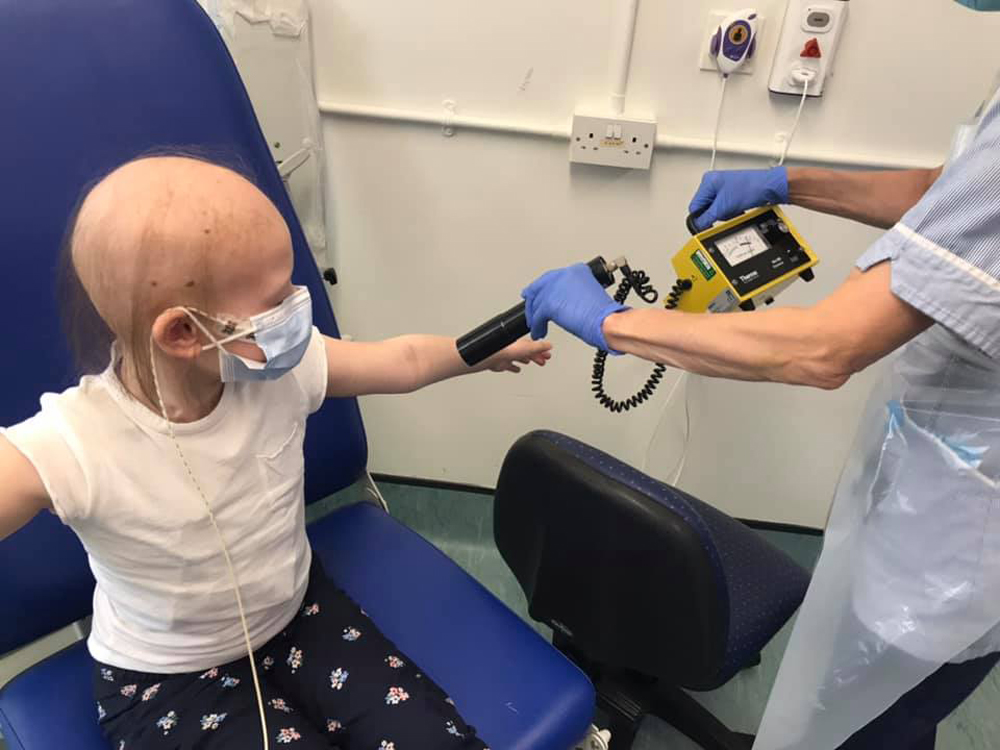 After eight rounds of aggressive chemotherapy – all administered during the national coronavirus lockdown – Olivia is now cancer-free.

During summer 2019, Olivia started to tell her mum that she was tired during their regular walks into Bedford.

Siân said this had “come from nowhere” and now wonders if that had been the first sign of the cancer.

Olivia didn’t complain for long and everything seemingly went back to normal until October, when she said her stomach was hurting – but the youngster continued to eat normally and had no signs of a bug.

Siân said: “I thought perhaps something was going on or that she had developed some anxiety.

From the moment they said the word ‘mass,’ my mind was whirring. By then, I knew we were dealing with something very serious. 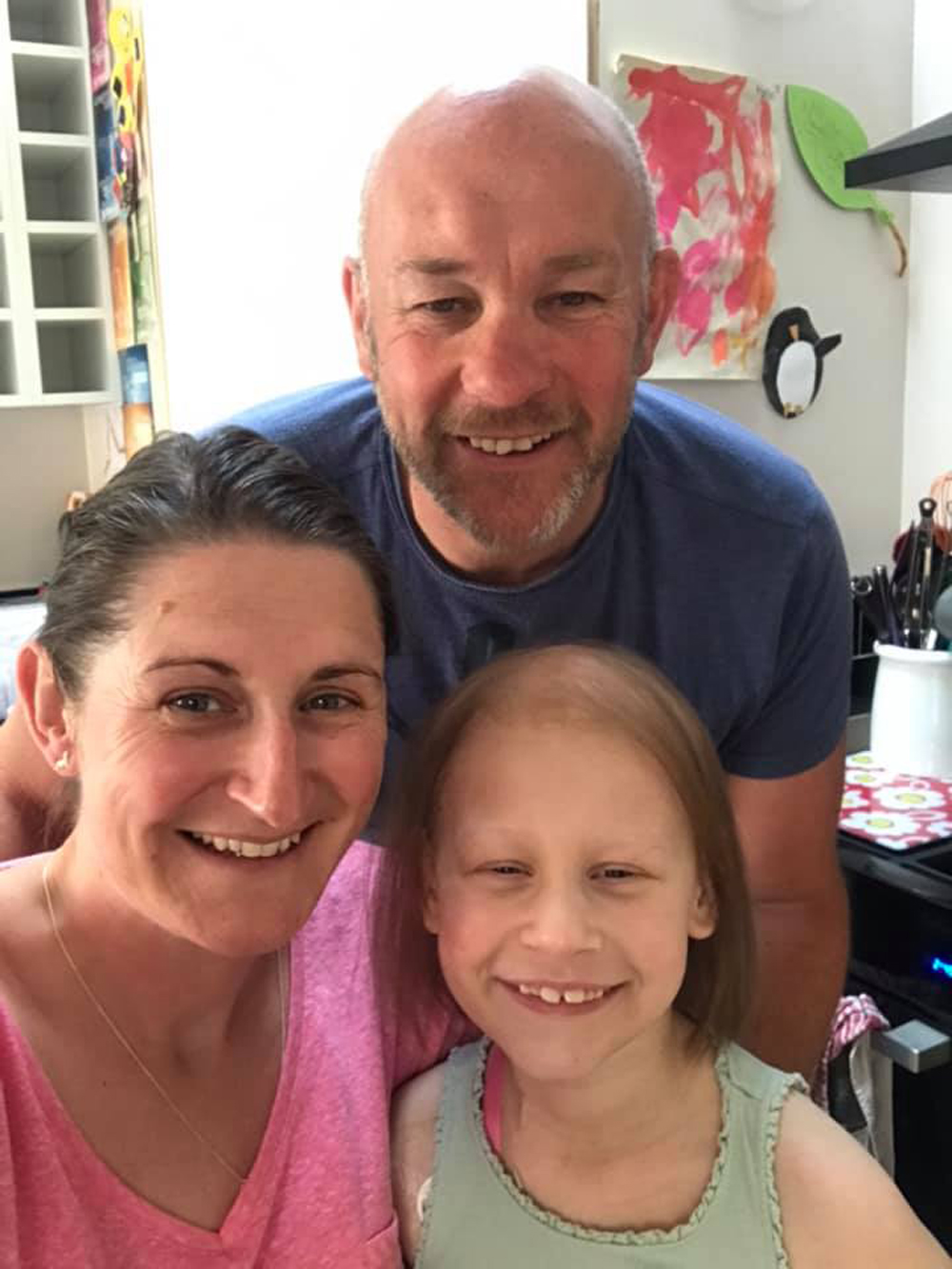 “She’s quite a quiet child, so it wouldn’t have been unusual for her to be feeling overwhelmed.

“In November, Chris and I went to talk to her teacher, who said that they’d noticed her complaining of tummy aches, too,” she continued.

“As we talked things through, we came to the same conclusion that she had anxiety.

“But, by December, things got worse. Before, she’d talk about her tummy sporadically, but over Christmas it started being every other day, then after New Year, it was daily. Whenever I asked her to show me where the pain was, though, she couldn’t.”

By January 2020, Siân was very worried about Olivia, fearing she had appendicitis, so saw her GP, who referred her to Bedford Hospital. 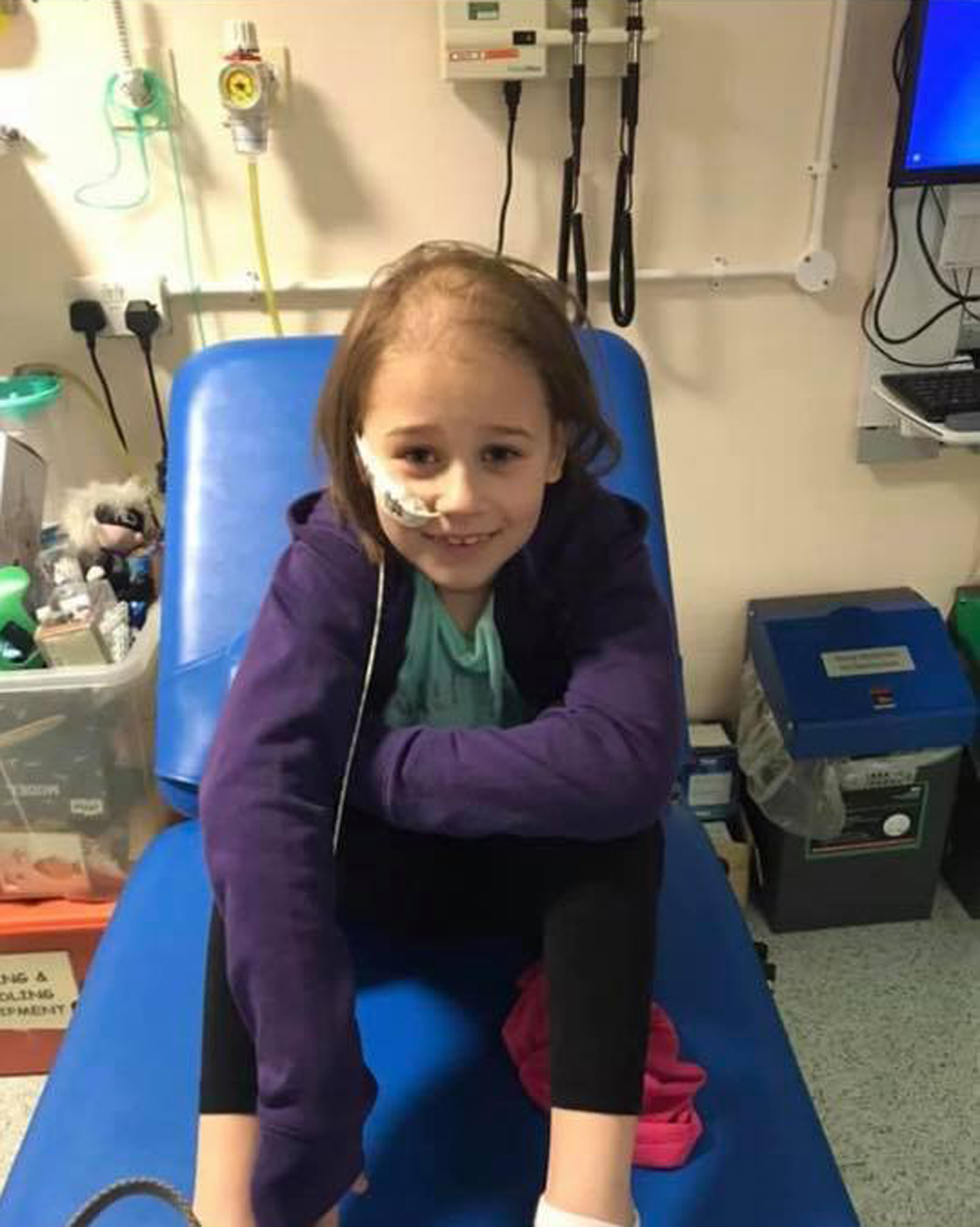 There, a scan revealed a mass around her abdomen, which doctors initially believed to be an abscess that had formed around her appendix.

After five days, her temperature suddenly spiked overnight and doctors raced her to theatre for emergency surgery.

Siân said: “They planned to remove her appendix, thinking it had burst.

“As Chris and I waited for her to come back from the theatre, another mum said to us, ‘Don’t worry, my little one just had their appendix out and they were back within 90 minutes. It won’t be long.’”

“After three hours, a consultant appeared, ashen-faced. I took one look at him and just started crying, ‘Where’s my baby?’”

Although Olivia’s appendix was fine, the mass that was originally thought to be an abscess appeared to be something much more sinister. 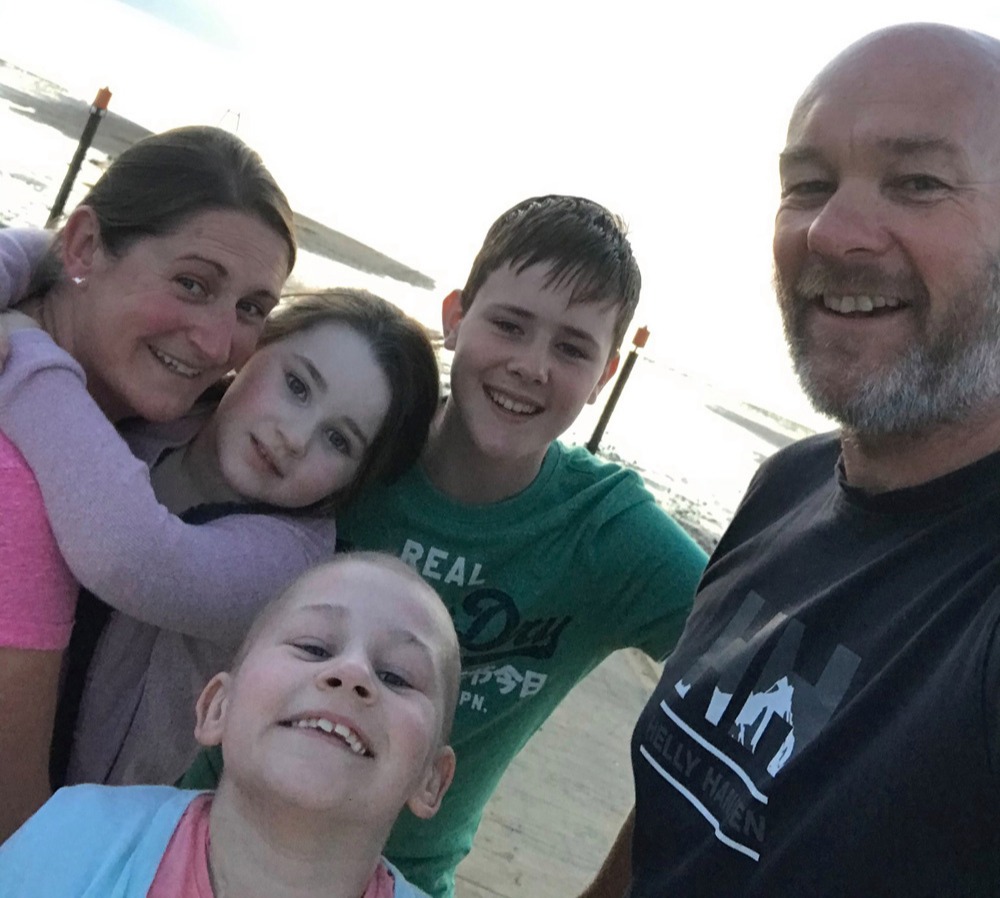 Medics were only able to take a small sample as it contained blood vessels that were too close to major organs.

Siân continued: “From the moment they said the word ‘mass,’ my mind was whirring. By then, I knew we were dealing with something very serious.”

Siân said she feared for the worst and the next day Olivia was referred to a specialist Addenbrooke’s Hospital in Cambridge.

On 2 February, an oncologist officially diagnosed Olivia with Burkitt lymphoma – which, according to Cancer Research, is seen in just 210 new cases each year in the UK and less common in females.

Olivia began treatment 48 hours later and Siân has since praised the consultants.

“We didn’t want to hide anything from her, so that was really important to us. We also tried to keep things as positive as we could,” she added.

“Of course, she had her down days, where she’d say to me, ‘I just want to go to school and see my friends, Mum.’”

The family has since praised charity CLIC Sargent, who they say have helped them through their experience.

Siân added: “They let us know who the right people to talk to where, put us in touch with smaller charities who did things like get Olivia an iPad so she could still do her school work and helped us speak to her teachers to explain what was going on.” 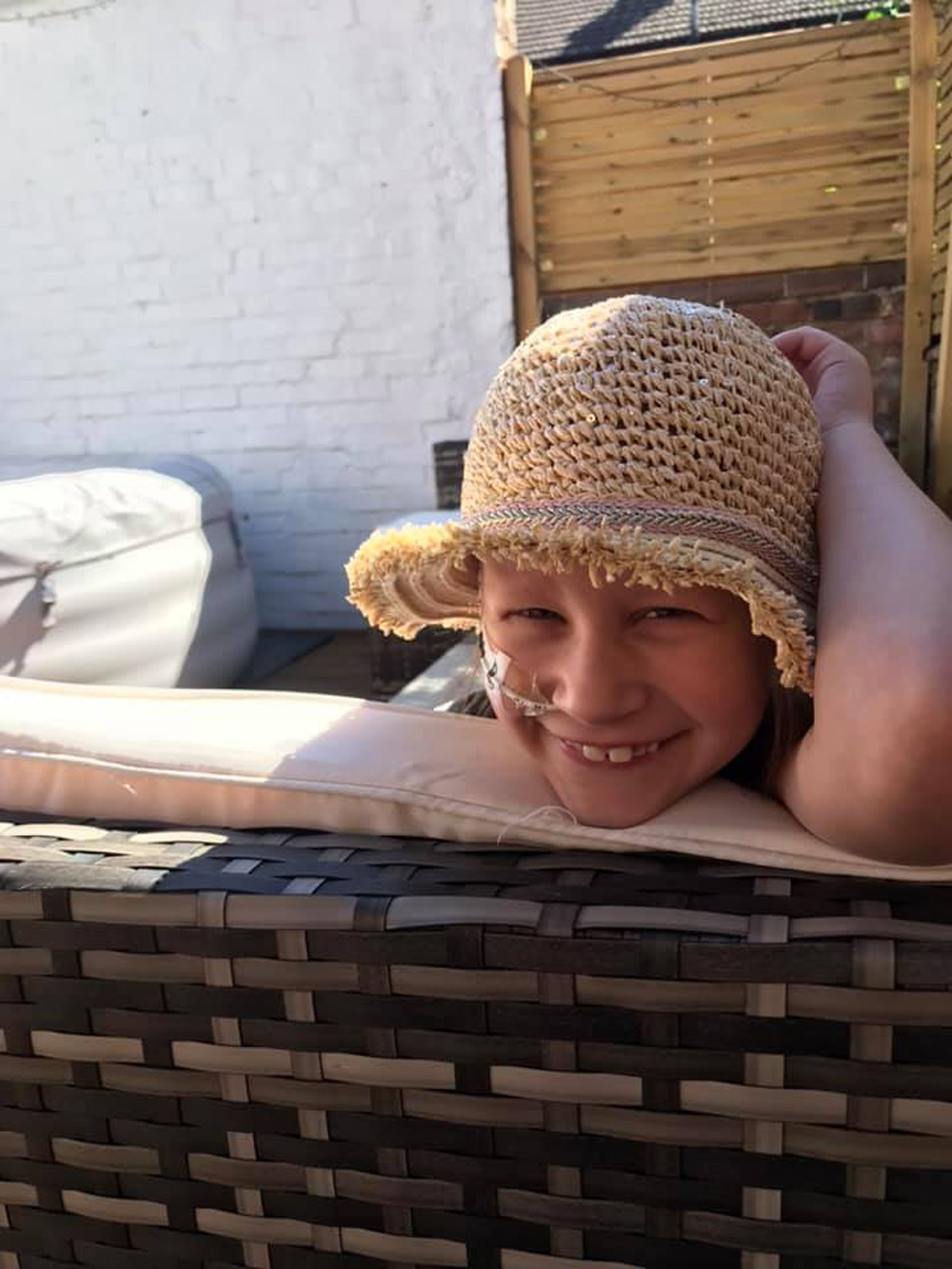 “They even gave us a grant of £170 when she was first diagnosed,” Siân added.

“They do that for families and it’s invaluable. It helps with all those little things you’d never even think of like hospital parking and food for the family.”

Siân said she managed to find some solace from other families on the ward.

“The other mums and I would joke that it felt like prison because the first question you’d ask a newbie was, ‘How long are you in here for?’” she said.

“We all supported each other, though.”

“Sometimes it can mean there’s nothing more that can be done, but parents still want to give their children the chance to ring the bell. It’s taking back a little control in a chaotic situation.”

In April, scans revealed that the tumour had gone and surgeons opted for three more rounds of chemo to remove the “fried egg-shaped” mass. 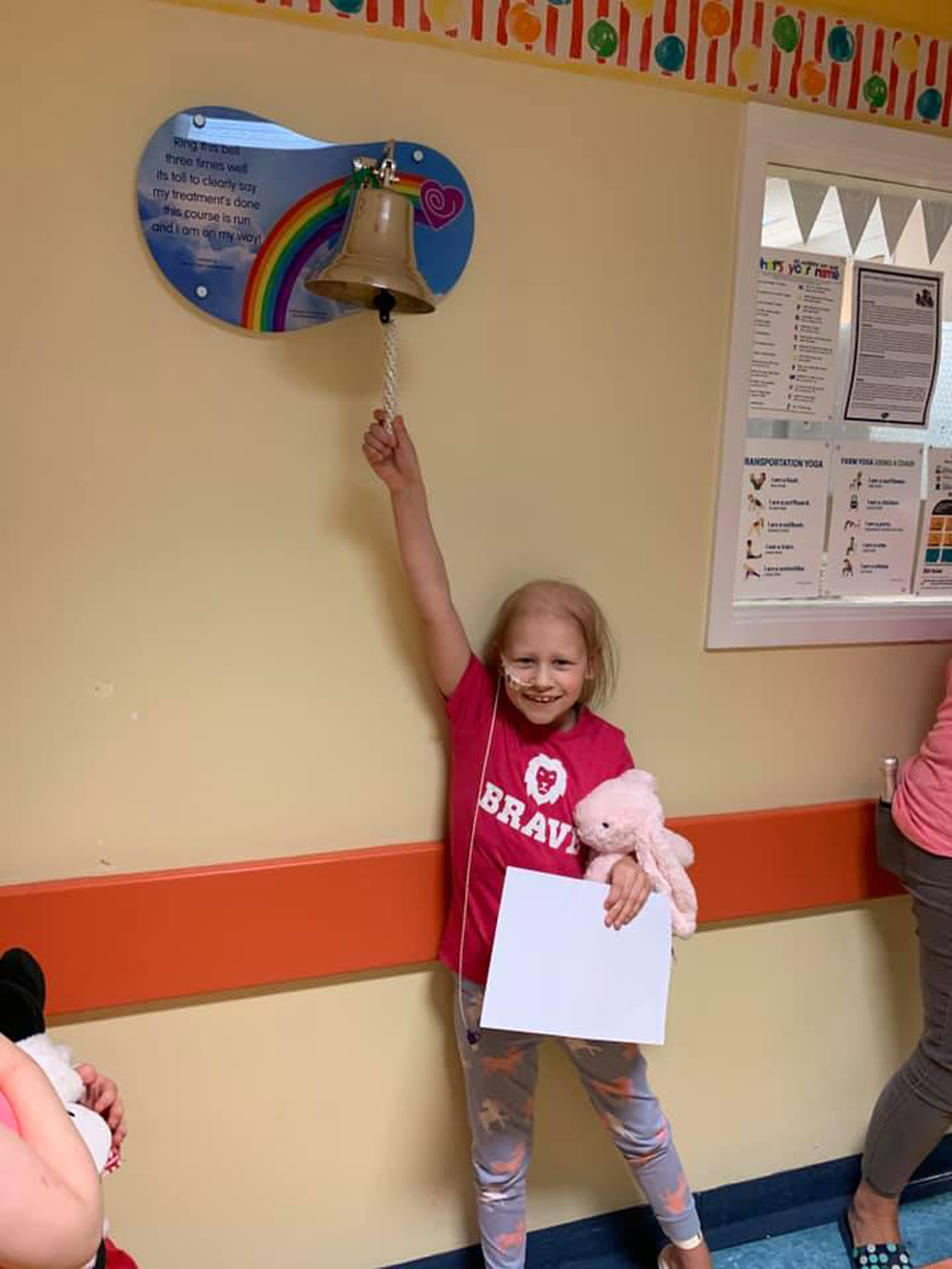 What is Burkitt lymphoma?

Burkitt lymphoma is a form of non-Hodgkin’s lymphoma in which cancer starts in the immune cells.

It is named after British surgeon Denis Burkitt, who first identified the disease in 1956 among children in Africa.

It is common in young children who have malaria and Epstein-Barr virus, a common virus that also causes glandular fever.

It occurs when the body's immune cells start attacking itself.

Burkitt lymphoma is uncommon – about 210 people are diagnosed with this type of lymphoma every year in the UK.

The most common symptom is one or more lumps that develop quickly.

It is the fastest growing human tumour and is fatal if left untreated.

As treatment is intense patients are likely to need to stay in hospital while undergoing treatment.

Siân said that the coronavirus lockdown has meant Olivia has not been exposed to bug and germs and that this has helped her “bounce back”.

At the end of June Olivia was found to be cancer free. She is now back at school and doctors are confident that she has beaten the disease.

Helen Gravestock, Associate Director of Services at CLIC Sargent said: “The pandemic is having a huge impact on the families CLIC Sargent supports. On top of treatment, parents are anxious about their children being vulnerable to coronavirus and how they will cope financially.

“Cancer isn’t stopping for coronavirus and neither will we. Young people and parents have told us they’re struggling to cope, and they need our support more than ever. By donating to CLIC Sargent, you can help us be there for more families like Olivia’s.”