A woman who complained of stomach pain was preparing to have her appendix removed when doctors discovered she was actually in LABOUR.

Janice Kerwick, 43, thought she was infertile because she had been trying to get pregnant with husband Daniel, 39, for a decade, and even IVF hadn't worked out. 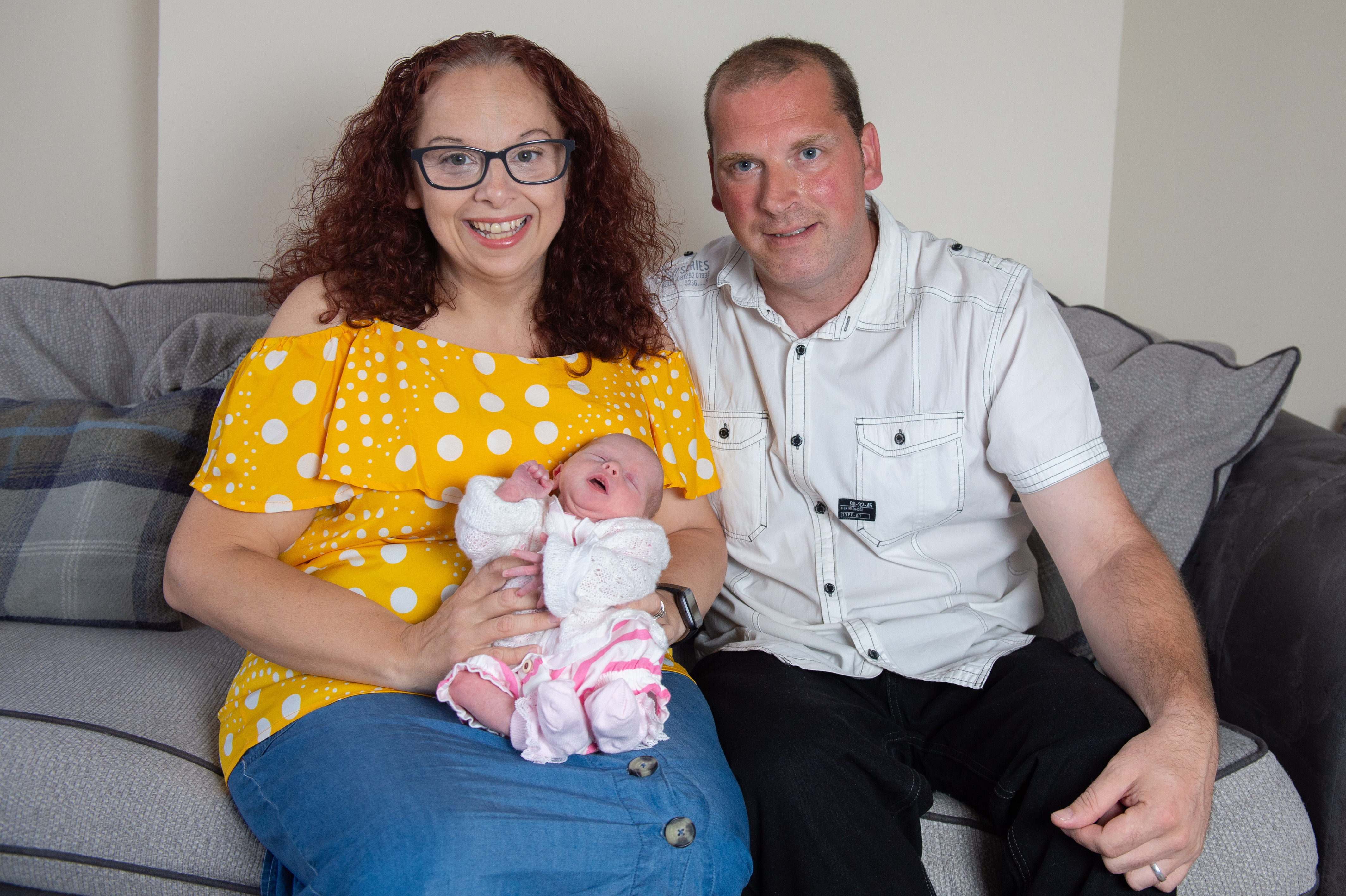 With the pain intensifying, medics diagnosed appendicitis and prepped her for emergency surgery.

But the mandatory pregnancy test just two hours before she was due to go under the knife revealed she was actually eight months pregnant.

Arabella was born happy and healthy a few hours later – a miracle baby for the couple who had given up on the idea of ever having a child together. 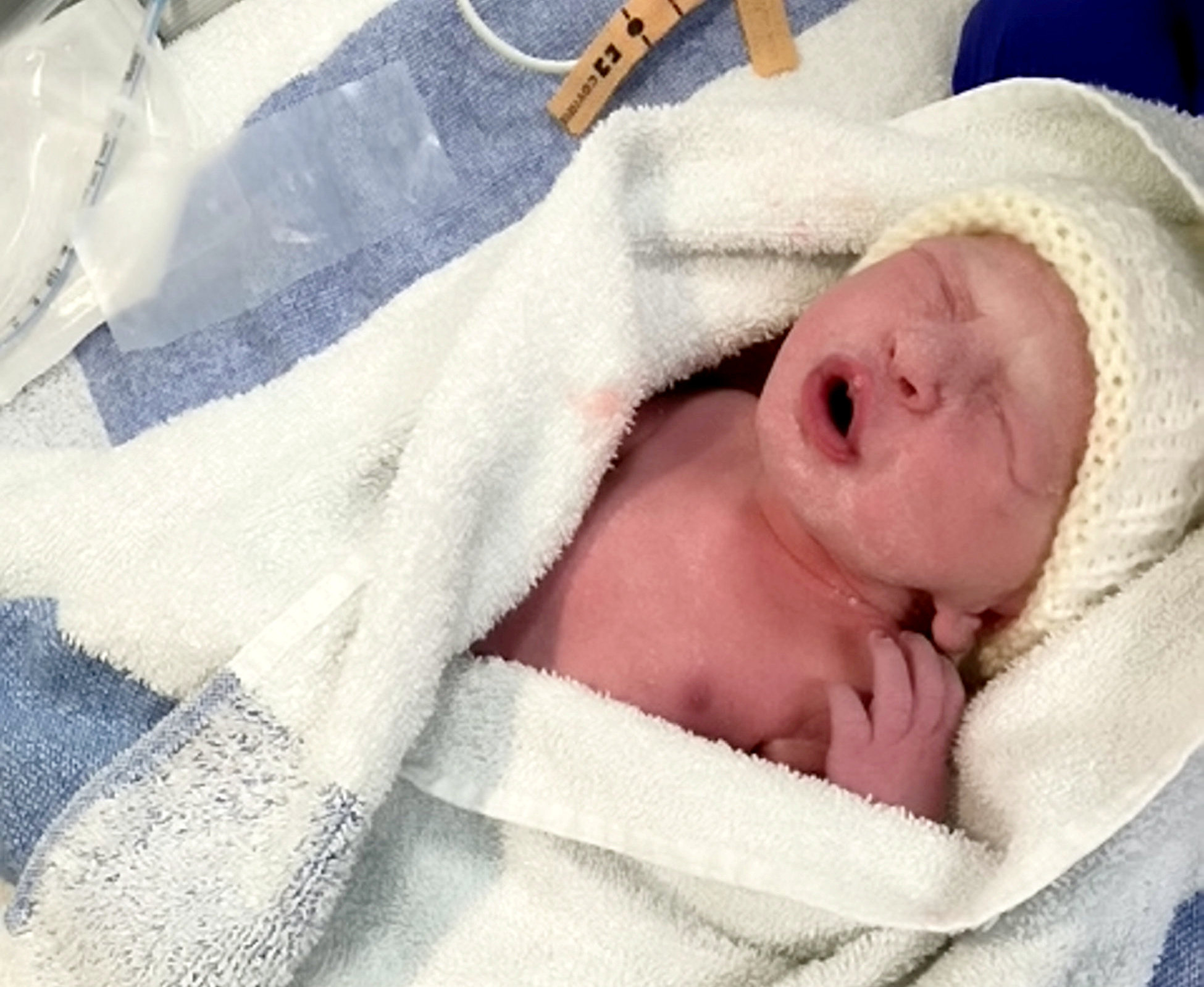 Janice from Bexleyheath, south-east London, said: "I went from believing I was infertile and that I had appendicitis, to being told I am two hours away from having a baby.

"We were both in complete shock.

"I didn't really believe it was happening until I actually held Arabella in my arms.

"It sounds far-fetched, but I truly had no idea I was pregnant.

"I'd dropped a dress size, I hadn't felt kicks, and got three negative pregnancy test results.

"After so many years of wanting a baby we had given up thinking it might ever be possible – especially after IVF didn't work. 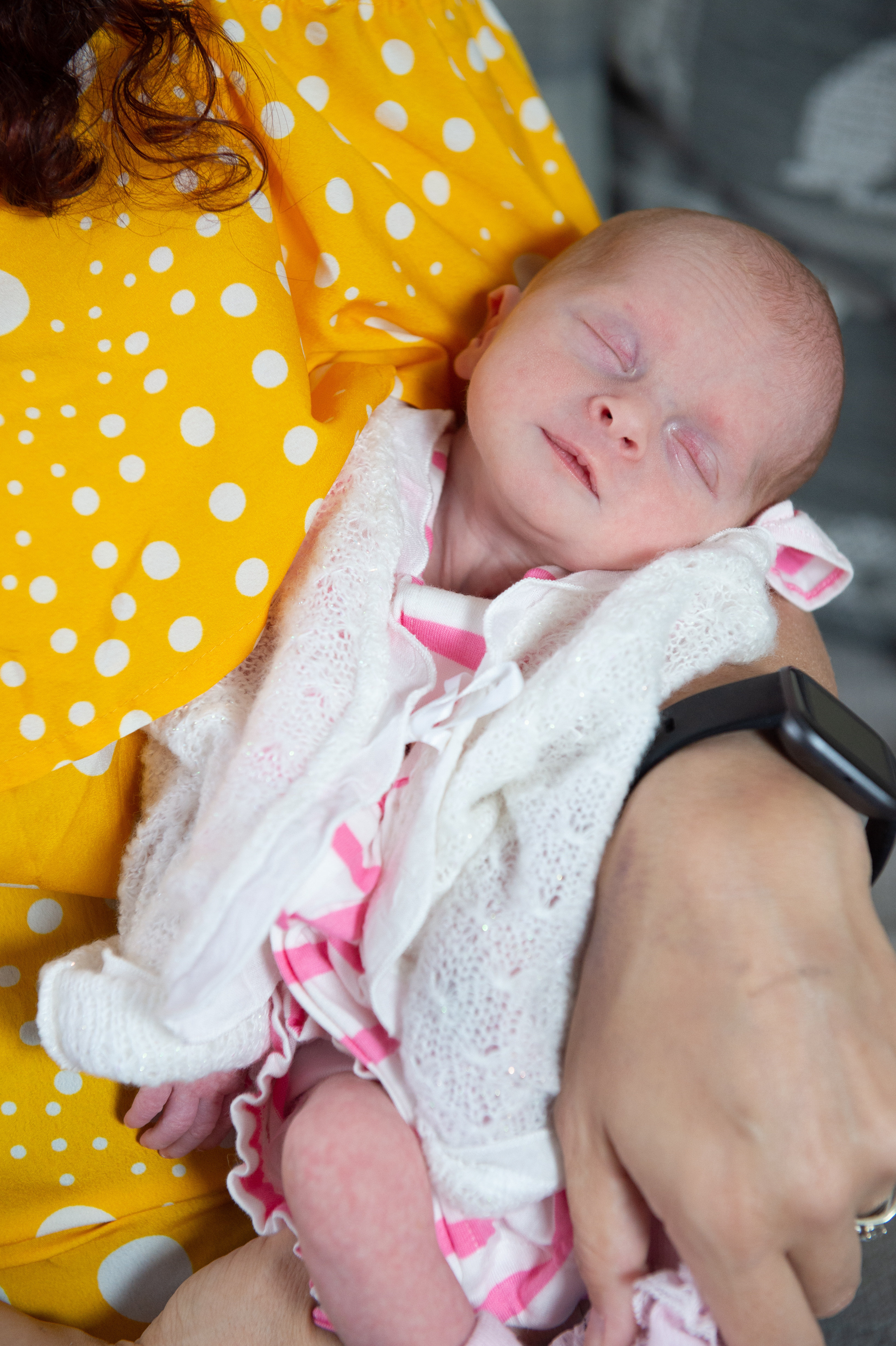 "We'd even bought a puppy thinking it was the closest we'd get to ever having a baby – and then this happened!

"It wasn't a typical pregnancy experience, but it brought us our little miracle baby after all these years."

The hotel contractor said husband Daniel, who has two teenage children from a previous relationship, had been trying for a baby for nearly a decade.

They had even followed IVF and adoption routes with little success and believed Janice was infertile because she had been diagnosed with polycystic ovary syndrome (PCOS) in her youth.

Last year the couple agreed they would finally stop trying and Janice accepted she would only ever be a step-mum.

Janice said: "I always knew we'd struggle to get pregnant but it was still hard accepting it was time to stop trying.

"We did buy a puppy though – thinking that would be instead of a baby – and now we have both!"

Janice started suffering with severe stomach pains at the end of 2020, and was in and out of hospital for months as doctors hunted for an explanation.

Pregnancy seemed the least likely option, not only because of her PCOS, but because she had been dieting since last January and was consistently losing weight.

She said after taking three negative pregnancy tests, they had cycled through a string of possible diagnoses – from gastritis through to pneumonia and a severe stomach bug.

We pay for your exclusive stories! If you've got a tip off or tale to share email [email protected]

But on June 21, she was overwhelmed by even more crippling stomach pains, lost control of her bladder and was being physically sick.

Janice said: "I was shaking in pain – I've never felt anything like it.

"I was terrified. I had no idea what was happening to me."

After calling 111, she was rushed to Queen Elizabeth Hospital in Greenwich for an emergency appendix removal after the paramedics suspected she had appendicitis.

But a mandatory pregnancy test just two hours before she was due to go into surgery revealed she was in fact eight months pregnant.

I phoned my parents and they thought I was joking – I just kept saying 'No mum, in a couple of hours you're going to be a nanny.'

Despite having taken three pregnancy tests in the past two months, all of which had come back negative, she was told the loss of control of her bladder was actually her waters breaking.

She said: "I found out I was pregnant just two hours before I had to go for the caesarean section.

"I felt completely numb at first, like I couldn't accept what was actually happening to me.

"I immediately rang Daniel who was like a rabbit in the headlights – he had minutes to drop what he was doing and jump in the car.

"I phoned my parents and they thought I was joking – I just kept saying 'No mum, in a couple of hours you're going to be a nanny.'"

Despite barely having processed the news herself, her caesarean section took place and tiny Arabella, their miracle baby, was born at 9:55pm on June 22, weighing 5lb.

After both mum and baby were whisked away for check-ups, Janice could finally hold her surprise daughter the following morning, which she said was a "tearful experience".

She said: "It didn't feel real until I actually held her in my arms.

"But as soon as I did, it was the best feeling in the world and I just burst into tears."

Doctors explained that the pregnancy hadn't shown as a bump because Arabella had very little fluid around her in the womb.

With just a 5lb baby, and minimum water, Janice's weight loss from an improved diet had masked any weight gained during the pregnancy.

Doctors estimated Arabella was between 33 and 37 weeks when she was born.

But despite the shock birth, Janice and Daniel, who works in recycling management, said it was the best thing that could have happened to them.

Janice said: "We are loving finally having our baby after believing for so long it would never be possible. 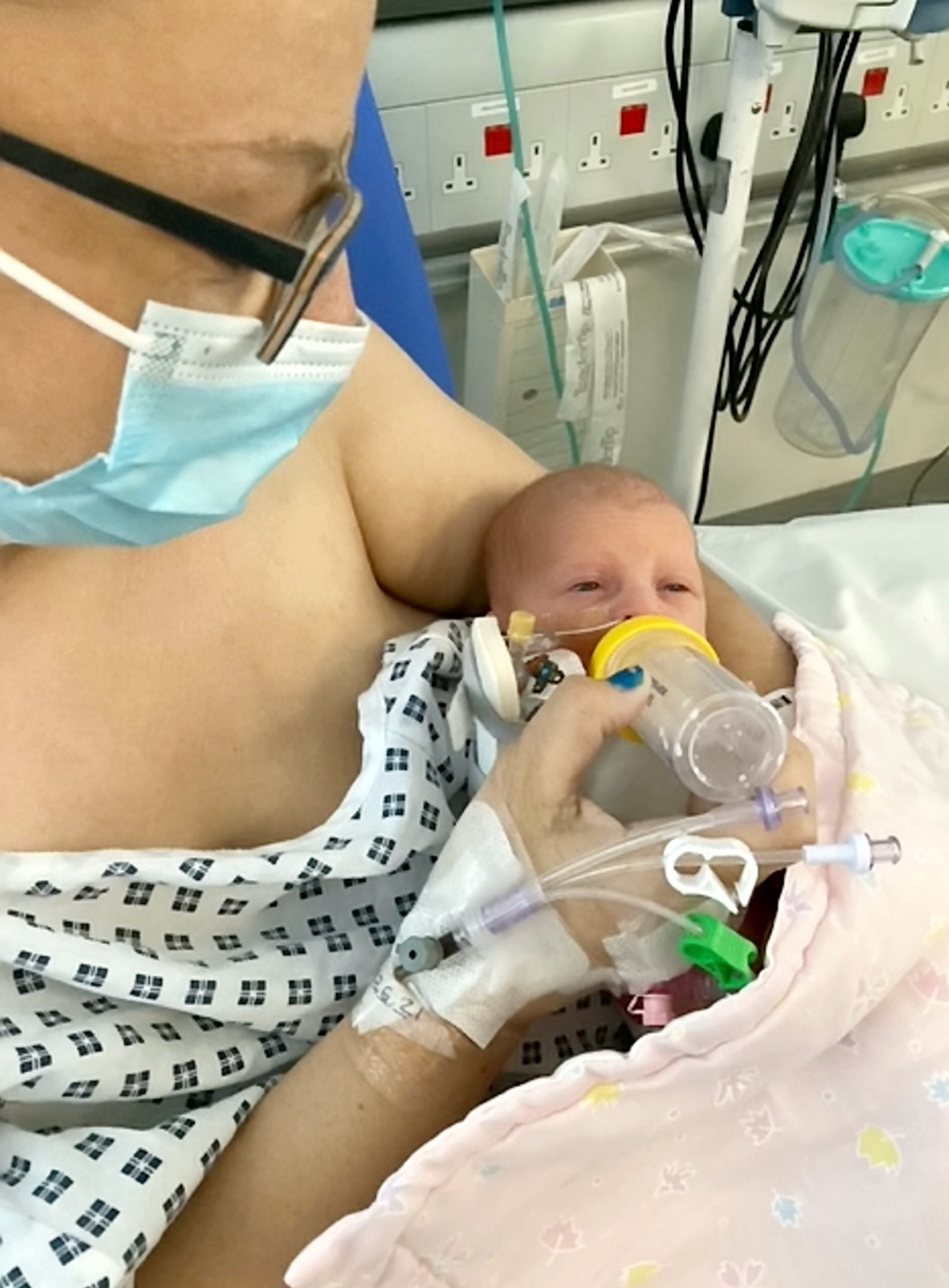 "She is perfect and everything we wanted.

"We are so grateful for our miracle and she was worth all the years of waiting!

"She met her half-siblings at the weekend, and they adore her too.

"I think we're still in shock a bit though – not many people can say they went into hospital for an appendix removal, and came home with a baby!"

We recently told you how a size 8 teenager din't realise she was pregnant until she was eight months along.