THIS summer, Billie Faiers and her husband Greg Shepherd have been enjoying a slice of normal life as they managed to get away with friends and family to Greece.

It’s given The Mummy Diaries star time to relax and reflect after what she says has been a “roller coaster year”. 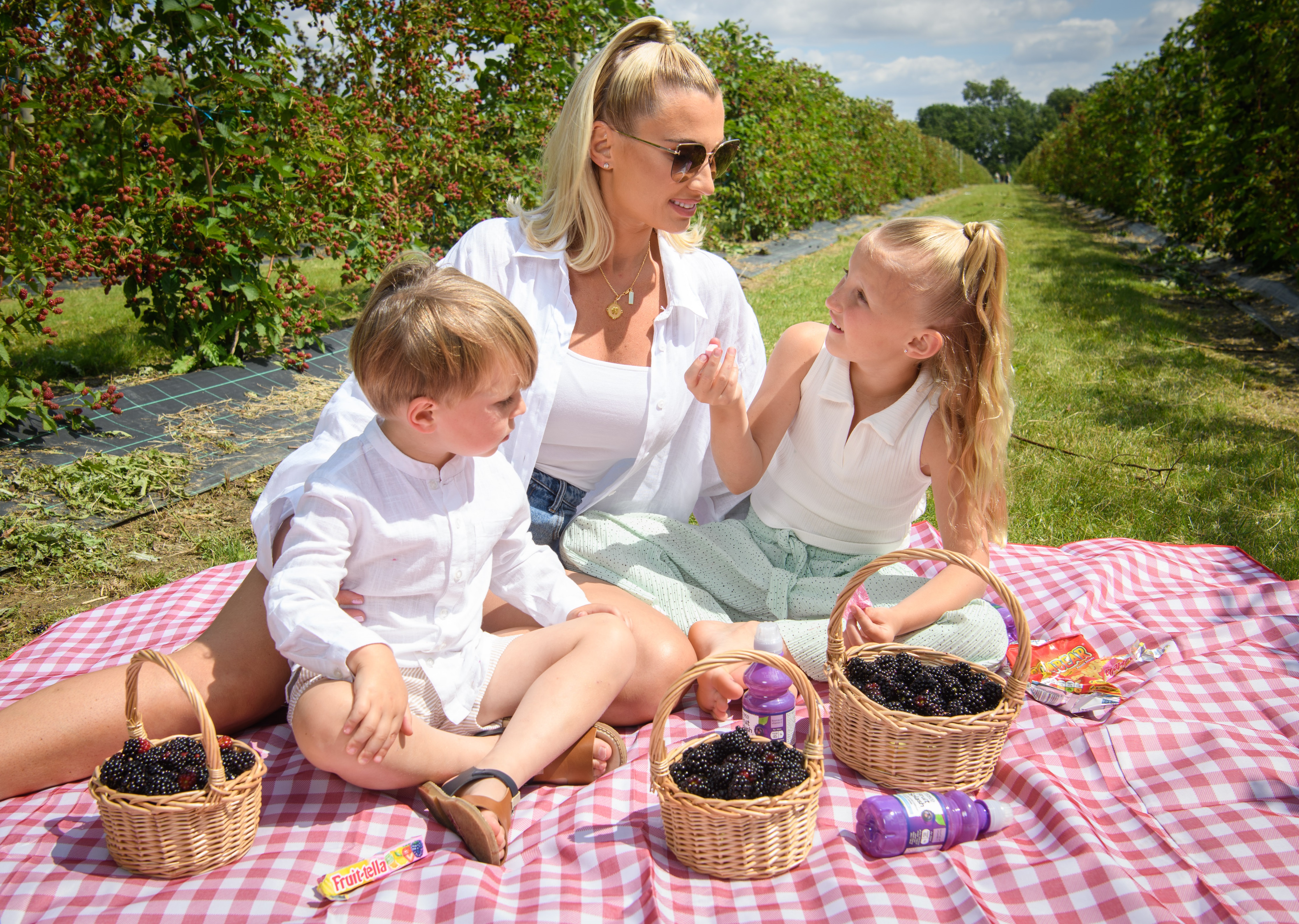 With both her kids Nelly, seven, and Arthur, four, at school come this September, Billie has been wondering whether it’s time to add to her brood, and tells Fabulous it’s something she and 35 year old Greg “always talk about”.

In fact, Billie admits she wonders whether she missed a trick not trying to get pregnant during the pandemic.

She says: “Part of me thinks, ‘God, we should have just done it last year’ as it has been a bit of a mad year anyway. We are at the point now where we actually do need to make a decision because I don’t want to have a huge gap for the kids.

But Billie also admits, with life getting easier as Nelly and Arthur getting older, it can be hard to imagine going back to the baby stage.

She says: “Sometimes Greg looks at me and goes, ‘Are you really going to have another baby?’

Happily, though, Billie started her family young and at just 31, she says when it comes to making the big decision she has “age on my side – I’ve still got a little bit of time!”

Greg and Billie first met a year after she made her TOWIE debut, in 2011. At first, he kept out of the limelight, and was happy to let Billie be the star, but over the past few years viewers of The Mummy Diaries have seen more of him.

In September, it’s their 10-year anniversary, but with life not completely back to normal, Billie’s unsure how the pair will celebrate this milestone – although it sounds like she’s expecting a surprise!

She says: “Usually we would go abroad for two or three nights and my mum would look after the kids, but at the moment it’s still really difficult to travel. I think Greg’s trying to arrange something – he’ll probably do something, he might surprise me!”

I always say to Greg if we have three we may as well have four, and just do one after the other, and then it’s done

Generally speaking, Billie says, the pair prefer to experience things together, like a mini-break, than give each other gifts.

However, she confesses while Greg is keen on date nights, it can take a bit of persuading to get her out of the house after a busy day.

She says: “Every now and again we do go on date nights – whenever we get an opportunity, Greg’s like, ‘Let’s go out, let’s do something.’ And I’m like, ‘Hold on a minute, I’ve got this to do or that to do.’

“As mad as it sounds, since lockdown, I don’t mind just being indoors with the kids.

"I say to Greg on a weekend, ‘Let's have a nice dinner, a glass of wine and try and do that at home, rather than always going out.’”

However, while they’ve been on holiday, the pair have been letting their hair down.

Billie posted a loved-up picture saying, “Drunk in love” on her Instagram feed, and says they’ve tucked into the wine and Greek food.

She says: “We didn’t stop eating or drinking rosé – but when you’re on holiday you just have to enjoy yourself and not worry about it until you get home.

Part of me thinks, ‘God, we should have just done it last year’ as it has been a bit of a mad year anyway

"I never normally have a big breakfast for lunch and dinner but that’s what I did there.”

When it comes to parenting styles, Billie reckons neither of them are “overly strict” but if there is a bad cop, it will probably be her.

She says: “With Greg he’ll try and be strict and then he just completely backs down five seconds later.

"Then sometimes when he does try, I do that bad thing of sticking up for the kids and then Greg says, ‘You should be backing me up.’ 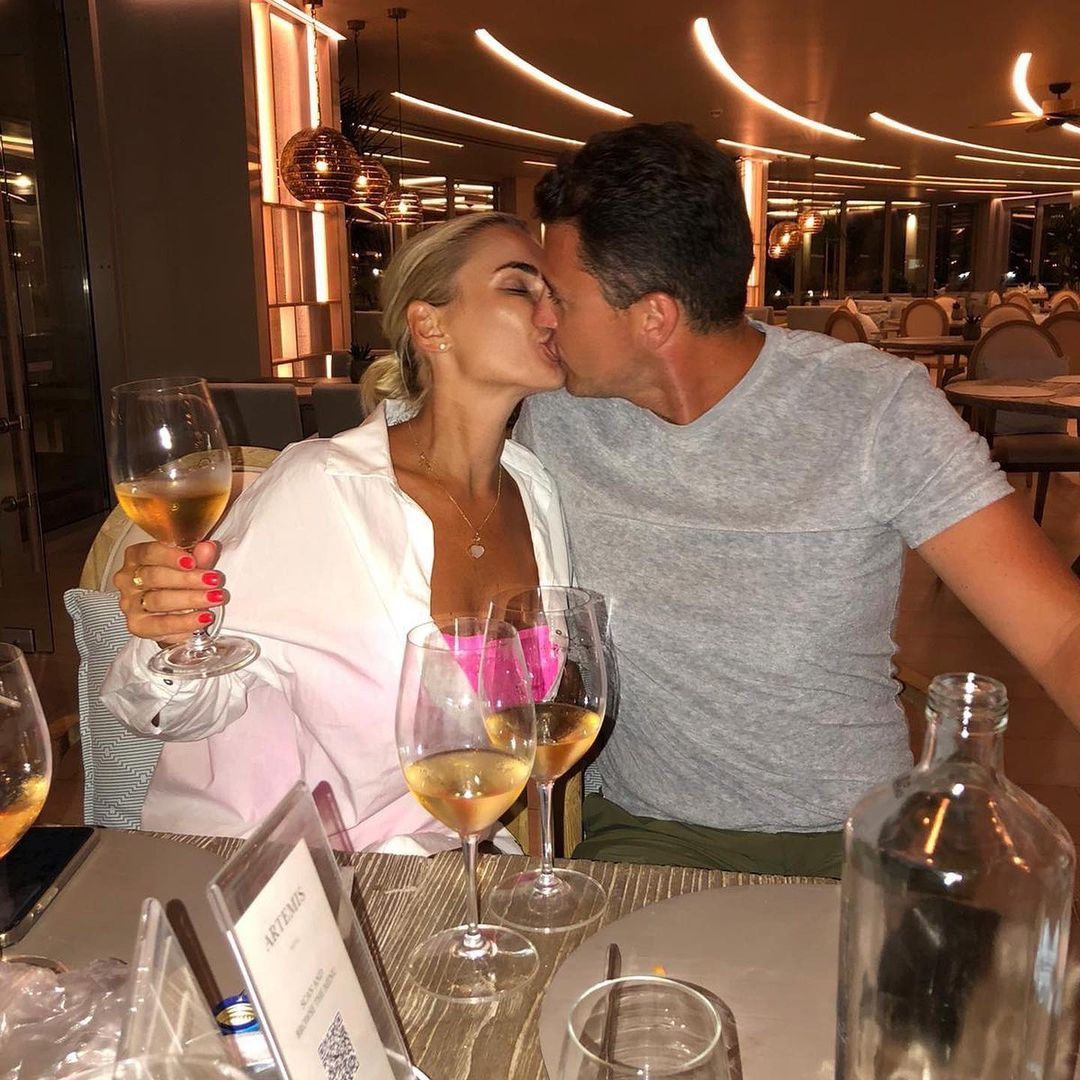 "Then the kids have won, they’re thinking, ‘Oh look, Mum and Dad are arguing over it!’”

Billie says as Nelly gets older and more independent, there are signs she’s going to have her hands full.

She says: “She’s getting to the stage where she's not a little toddler, but she’s not a big girl. She's in between. But she's turned seven and all of a sudden she thinks she's an older girl.

“She challenged me with what she’s wearing and how her hair is so I do think I could have it all to come.”

Then the kids have won, they’re thinking, ‘Oh look, Mum and Dad are arguing over it!

While the teen years might be a way ahead, Billie is girding her loins.

“I used to give my mum loads of back chat and with Nelly I’m seeing signs of it now. I may have to be a little bit strict!” she laughs. “As long as they don’t push the boundaries too much!”

Billie says she and younger sister Samantha, 30, never “took the mick” too much, but plans to do what her mum did and have her children’s friends round their house so she knows what they’re up to.

Of course, the Faiers family are famously close, and for over a decade now, on TOWIE and then The Mummy Diaries, viewers have seen them laugh, bicker and party together.

'I may have to be a little bit strict'

But this year, Sam announced that she and husband Paul were no longer going to be part of the show, which is now Billie and Greg: The Family Diaries. How is Billie finding the transition?

She says: “I support her in everything she wants to do but of course I was like, ‘What’s it going to be like?’ It feels like more pressure on my own, with Greg and the kids.

“But because of lockdown, we haven't actually been able to film that much together. So it’s almost eased us into it.

“Obviously it's a bit more work and I'm probably going to be nervous when it launches but yeah, it's doesn't feel too different.” 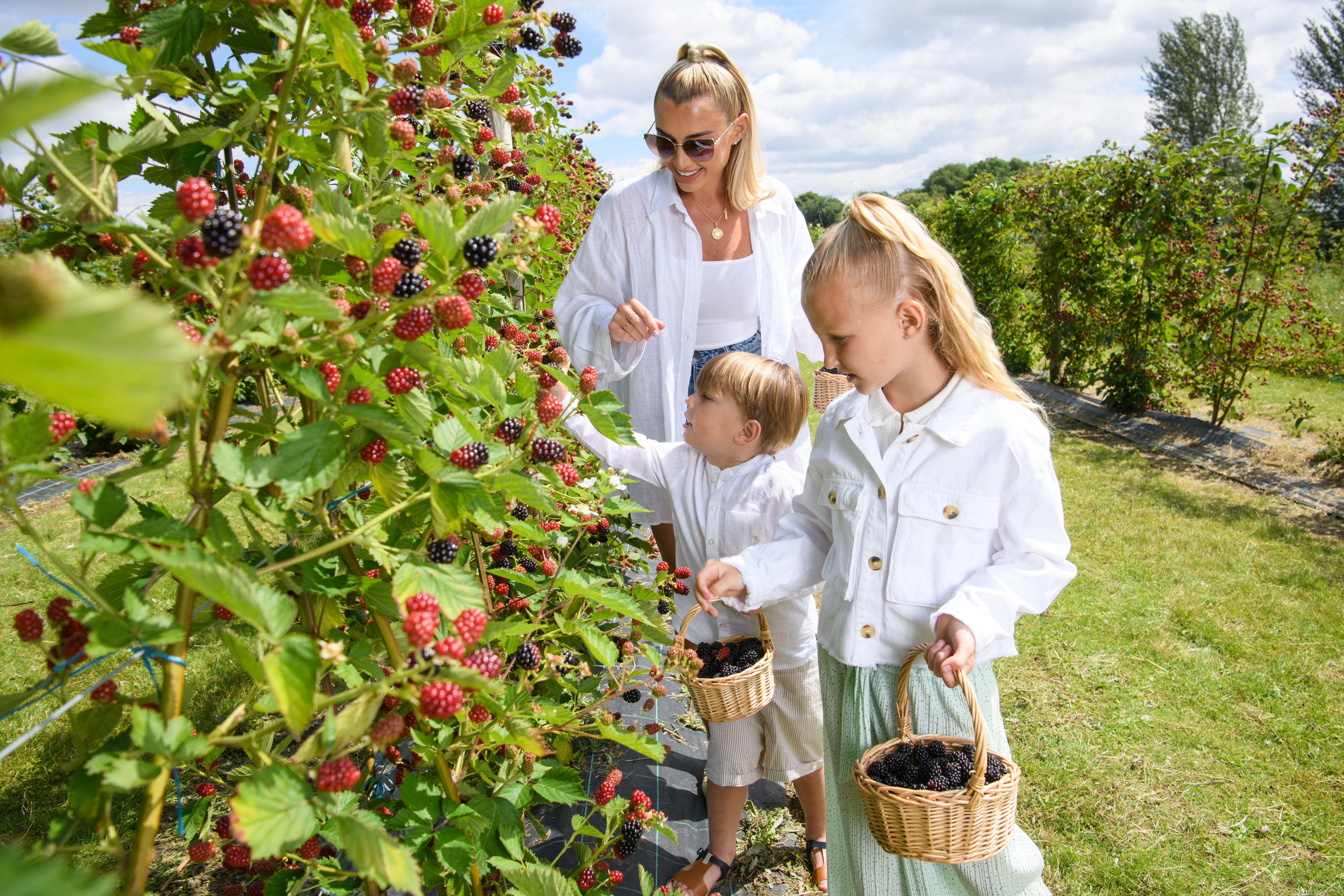 Fruit-tella is launching a brand-new blackberry flavour within its Summer Fruits range.

Available in a single stick and included in the Favourites Multipack. See fruittella.co.uk

And, who is Billie Shepherd’s husband Greg and when did the Mummy’s Diaries star marry him?