WHILE she was expecting her daughter, teen mum Kayla says her petite frame hardly changed at all.

So naturally, the 18-year-old thought it safe to assume that her little girl would inherit her slim genes. 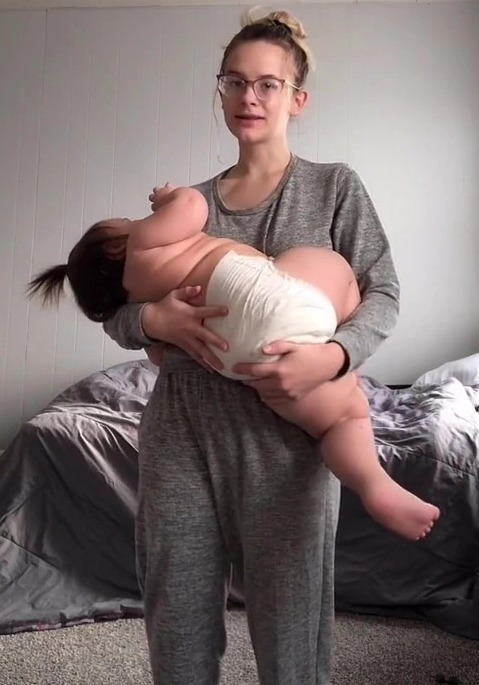 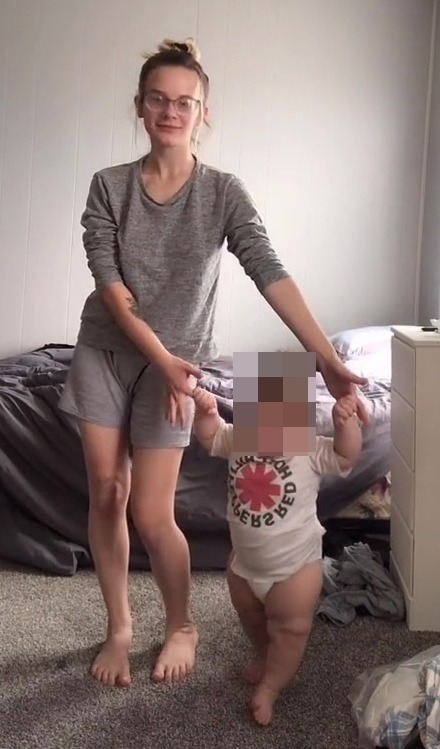 When she gave birth in 2020, Kayla's daughter weighed 7lbs 5.5oz – which is a little under the average in the US.

But 14 months on, the little girl is already wearing clothes fit for a three-year-old – however, Kayla is adamant that her daughter's isn't overweight.

In a viral TikTok video that's racked up over 9.7 m views, Kayla wrote: "Me thinking my baby will always be super tiny like I was while I was pregnant."

The mum – who is only 5ft 2in and 110lbs – then filmed herself holding her baby, who is almost half Kayla's size.

She added: "Her dad's side is tall and big so of course she's just like them."

After the video went viral, Kayla was inundated with messages from trolls who claimed her daughter was overweight and labelled her a "child abuser".

In response to one user who said her daughter needs more exercise, Kayla said: "She's been walking since she was 10 months old.

What's more, another argued that a doctor would say the little girl was an unhealthy weight and that the mum will end up being reported to child services.

Hitting back at the claims, Kayla continued: "If you watch my videos then you'll know I've got an opinion from more than one doctor because she's a big girl.

If you watch my videos then you'll know I've got an opinion from more than one doctor because she's a big girl. I've also spoken to lactation consultants and they all agree she's fine. Her dad's family is very very big.

"I've also spoken to lactation consultants and they all agree she's fine. Her dad's family is very very big and she looks a lot bigger than she really is next to me.

"She's clearly fed and healthy and you can get out of here with that nonsense."

But not everyone was so negative – and others asked Kayla to show her and her daughter standing side-by-side. 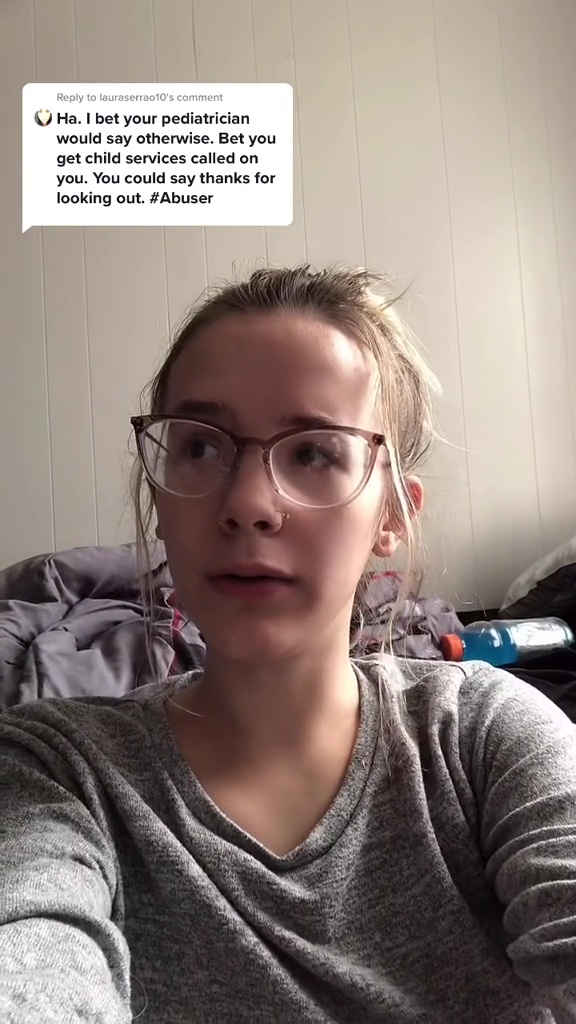 Another added: "Oh so she's gonna be SUPERMODEL tall. What an incredibly beautiful baby and mum duo."

"That's awesome," a third wrote. "She's almost half your height, I love it."

For more parenting stories, these are the most popular Christmas baby names revealed… and JACK is top of the list.

And these parents were slammed for nicking a WHOLE bucket of Halloween sweets while trick or treating with their kids.

Plus parents slammed mum who pranked her son with a scary maze game and it absolutely terrified him.