A MUM has bragged about her “bullying” daughter after she made a little boy cry at the playground. 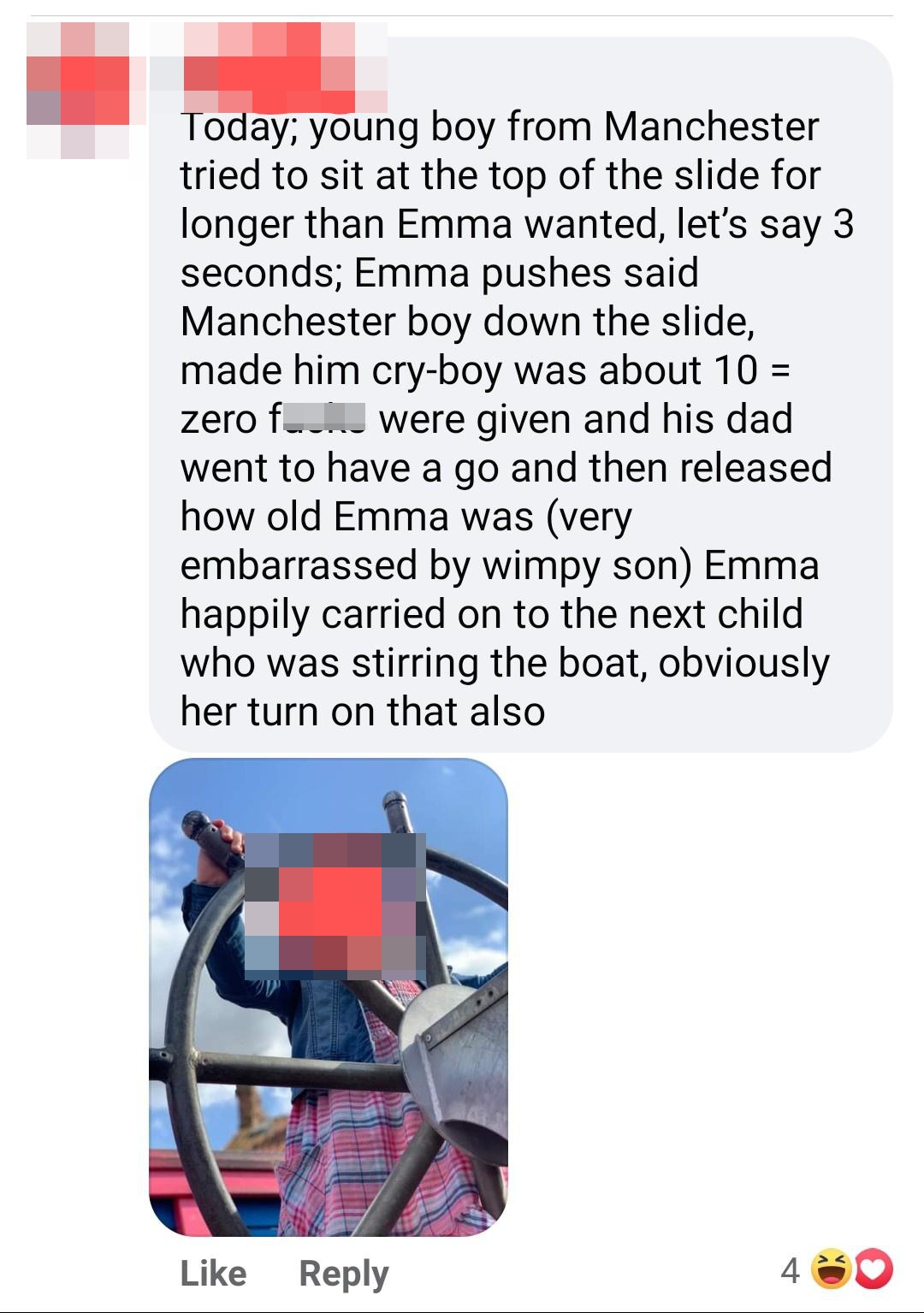 She wrote: “Today; young boy from Manchester tried to sit at the top of the slide longer than Emma wanted, let's say 3 seconds.

“Emma pushes said Manchester boy down the slide made him cry-boy was about 10 = zero f***s were given and his dad went to have a go and released how old Emma was (very embarrassed by wimpy son).”

The mum then revealed that the young lad was not her only victim.

“Emma then happily carried on to the next child who was stirring the boat, obviously her turn on that also.”

The mum then shared a photograph of her daughter standing at the helm of the playground’s ship.

Her post has since been shared on Reddit, where it has left fellow parents outraged not only by Emma’s behaviour but also her mother’s reaction.

Commenting, one said: “Can't imagine where she gets the attitude from…”

“Her mum is pretty trashy,” agreed a second, while a third wrote, “People suck. I see it all day, every day.”

A third added: “If the boy had hit her, stood up to her, what then? All his fault.”