THE Queen will host President Joe Biden and his wife Jill at Windsor Castle on Sunday – but one person who will be sad to miss seeing the First Lady is Prince Harry.

The Duke of Sussex, 36, is said to be close to Dr Jill, 70, after the pair struck up a sweet friendship following his tour of the US in 2013.

🔵 Read our Meghan and Harry live blog for the latest updates 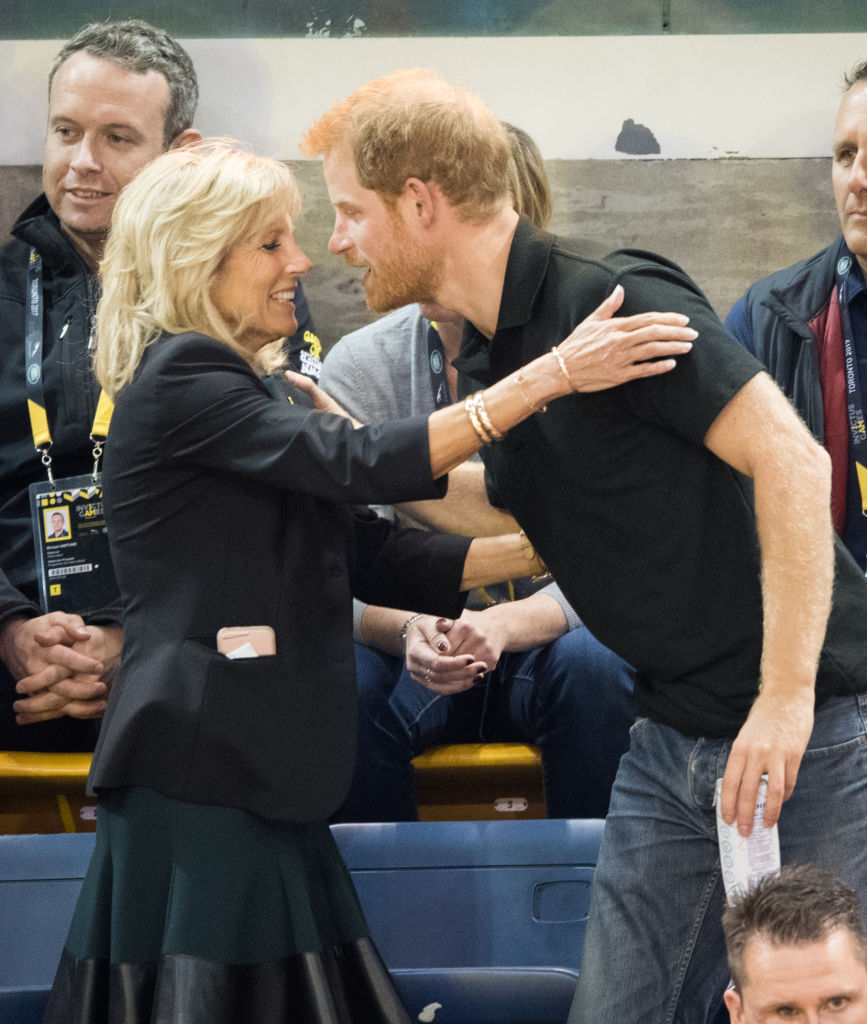 Harry and Jill first met at a reception for British and US wounded warriors in Washington, when Joe was serving as Barack Obama’s Vice President.

Since then, the pair have met up on a number of occasions, with Jill even coming over to London to support the royal’s Invictus Games and the pair are regularly seen joking together.

Royal author Angela Levin said: “The couple got on brilliantly despite the 33 year age gap, so much so that then-Vice President Joe Biden admitted: ‘She spent too much damn time with Prince Harry.’”

The pair are understood to have bonded over their military ties – with Jill's stepson Beau, a former army major, tragically passing away in 2015 from brain cancer. 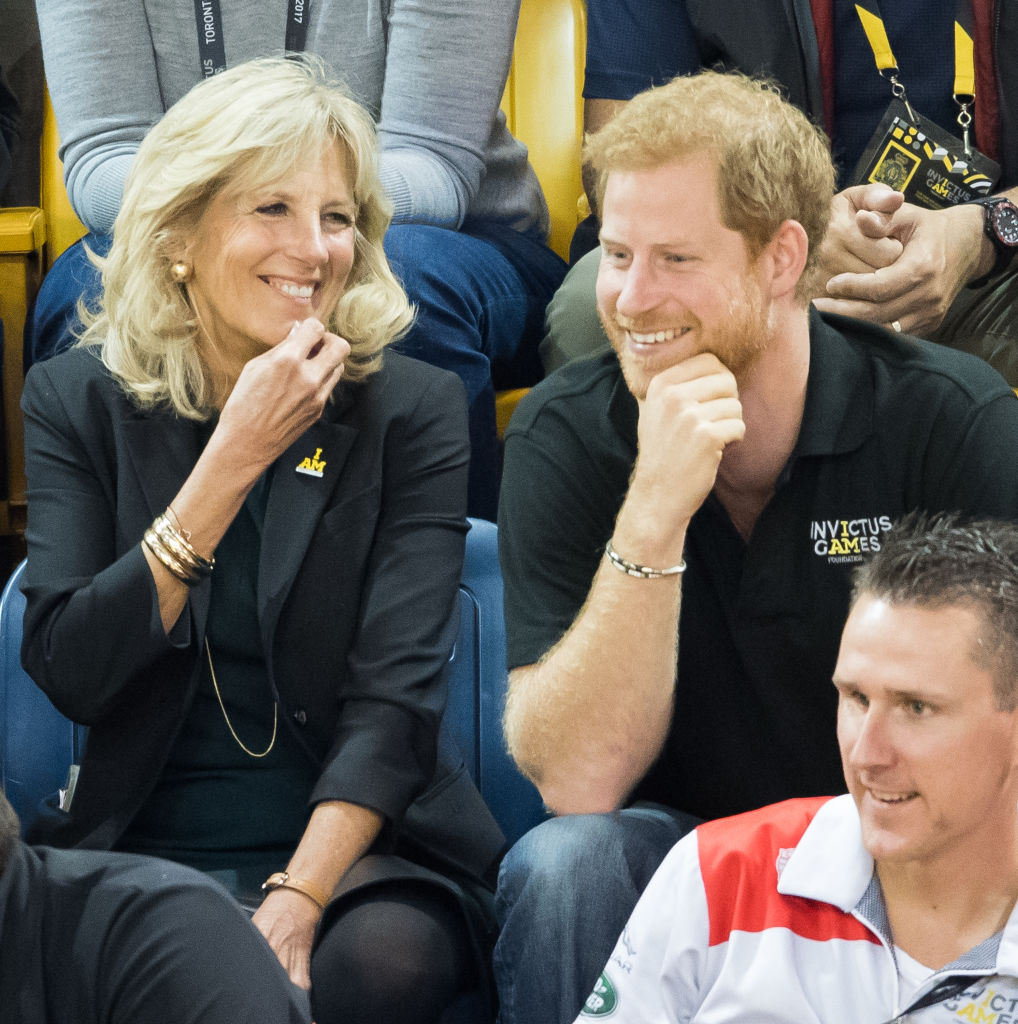 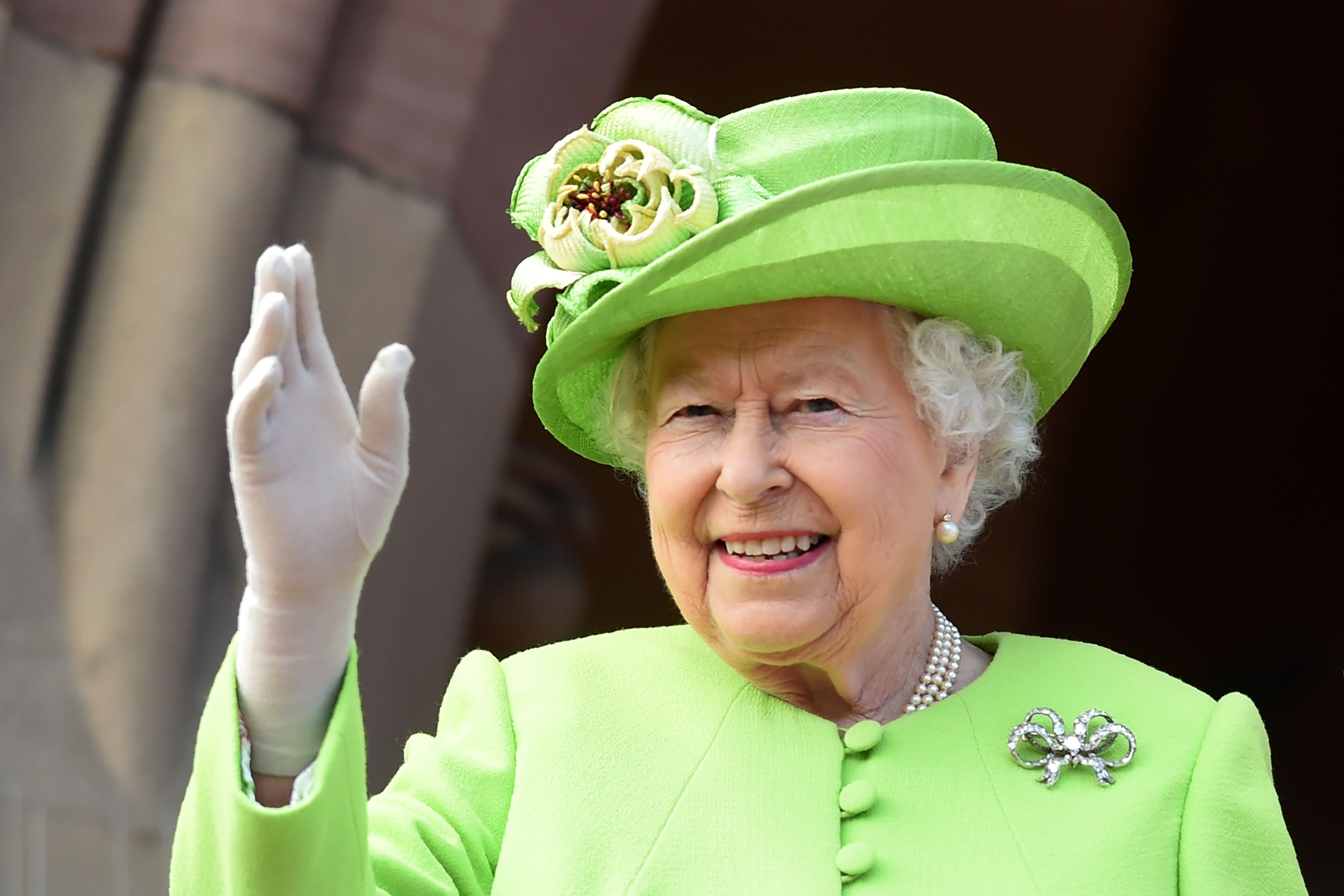 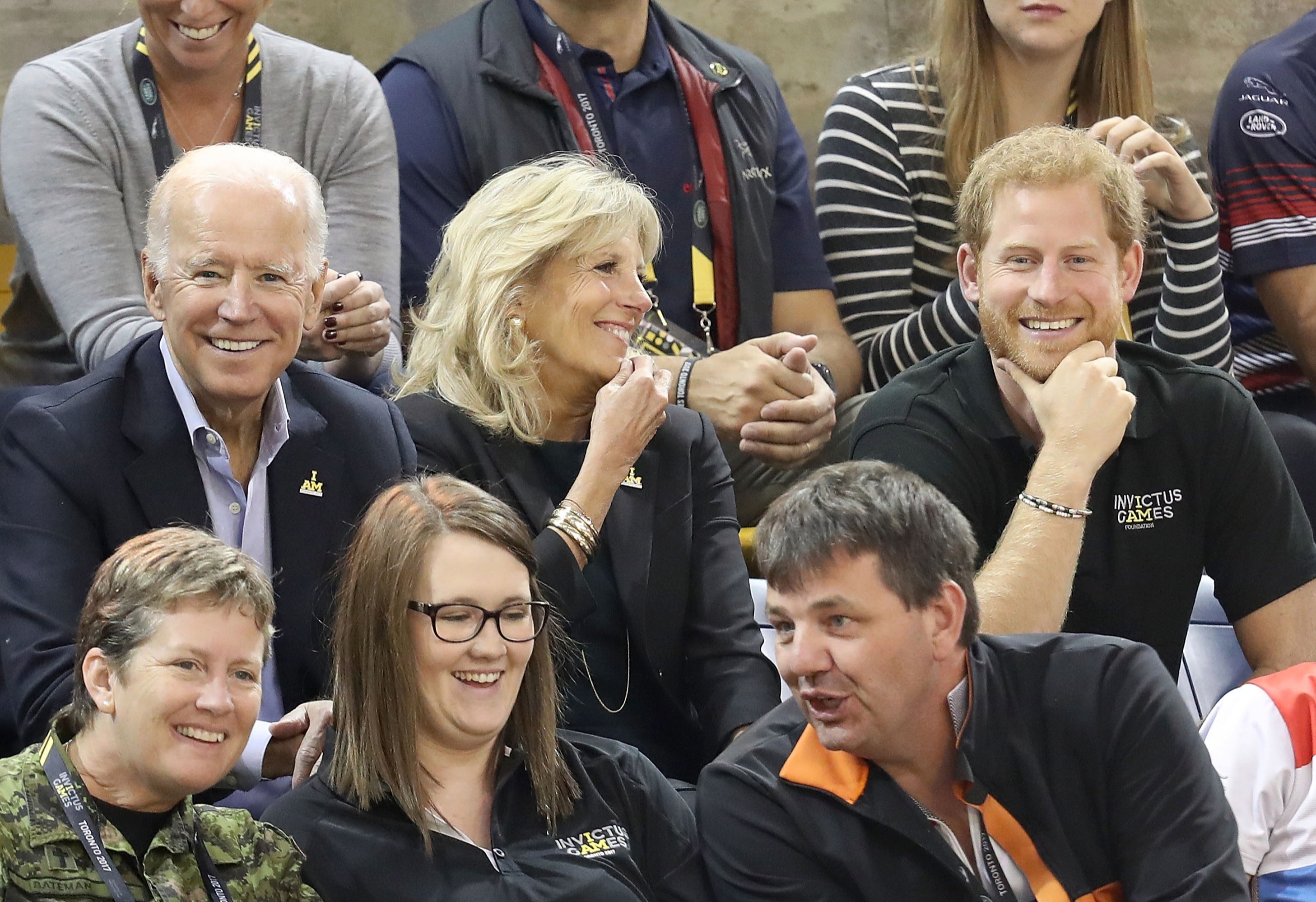 The pair were reunited with Joe in attendance at the 2016 Invictus games in Orlando and the 2017 Canadian games, where Harry famously stepped out with his then-girlfriend Meghan Markle for the first time.

She added: "Jill has also shown a tendency to stay very grounded and it seems that her more spontaneous warmth and what looks like her ability to treat Harry as a normal young guy rather than a royal has allowed him to relax in her company, share her space and her signals of warmth and enjoy her sense of humour, too.

"Harry’s body language with Jill suggests he is suitably awed by the company he is with as he seems to be grinning like a young schoolboy.

"Both have been described as ‘rebellious’ and ‘pranksters’ in their youth, and they share strong interests in mental health and the wounded military."

Angela added: “Harry will no doubt be sorry that he won’t be at Windsor when the Queen hosts the couple on June 13.

“He dodged chatting to the former President Trump during his visit to the point of rudeness.” 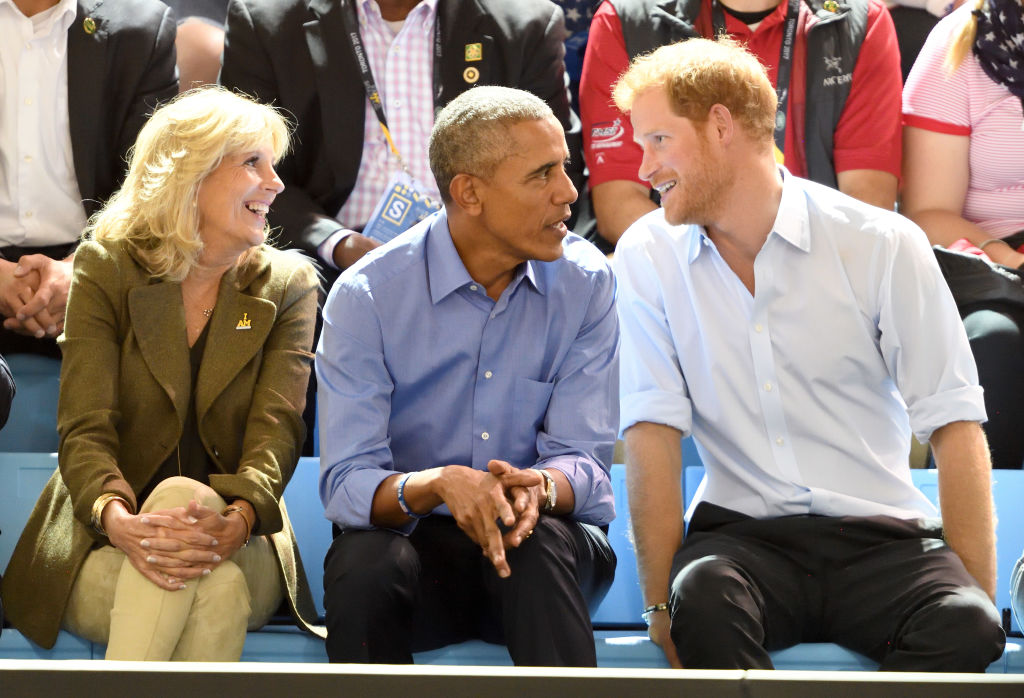 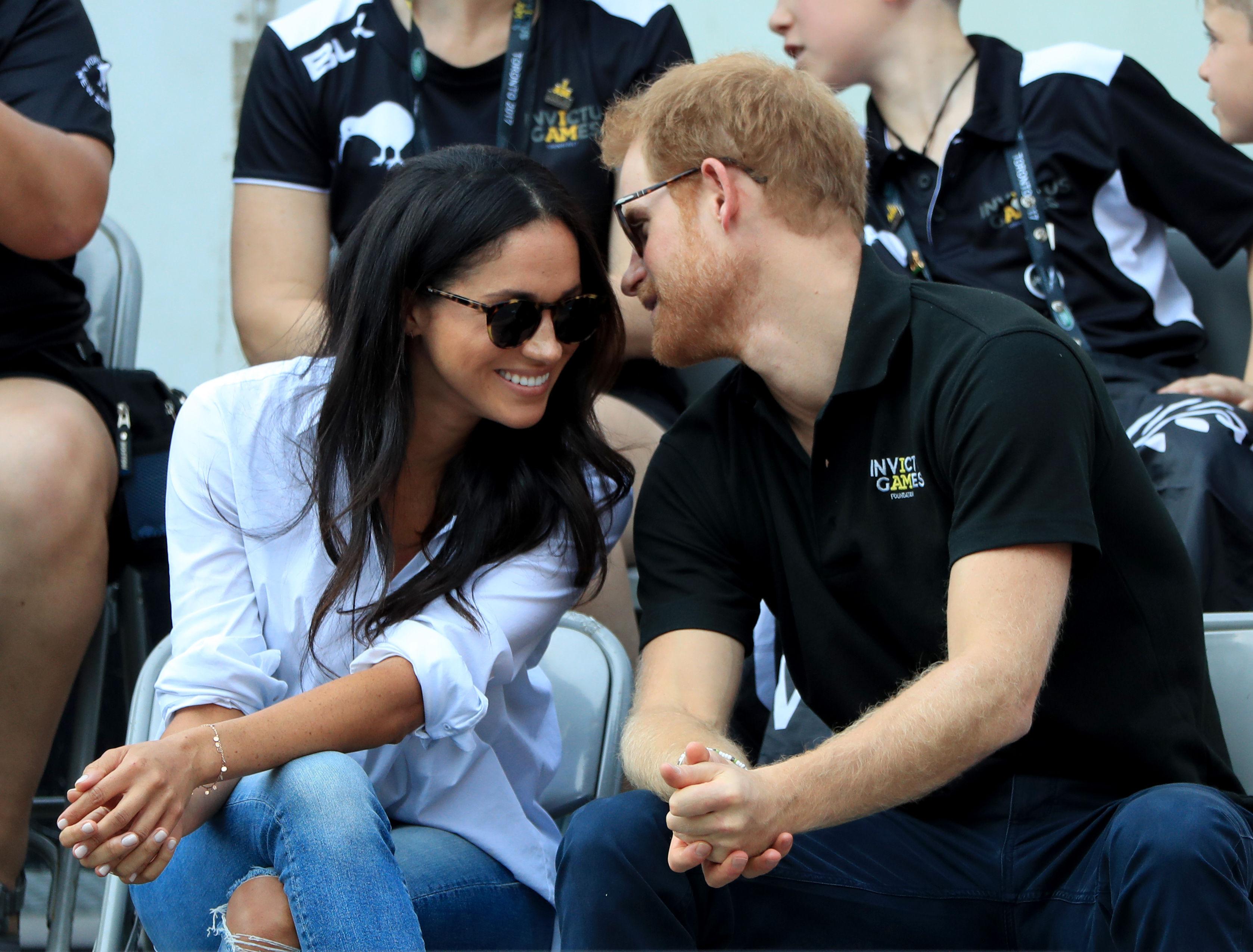 Although the Duke of Sussex wasn’t allowed to vote in the recent US elections, he did break royal protocol for the first time in openly talking about politics alongside Meghan, who did cast a vote.

The royal couple urged people to go out and vote, with Harry saying it is time to “reject hate speech, misinformation and online negativity”.

Angela added: “Although it was against traditional royal behaviour Harry encouraged the US people to vote for Joe Biden in the 2020 election.

“It was no surprise as he has been a close friend of the now First Lady Dr Jill Boden.”

Meghan called the 2020 White House race as the "most important of our lifetime".

As part of Time100 magazine’s annual list of the top 100 influential people, Harry spoke last year about how he had never voted in the UK.

He said: "As we approach this November, it's vital that we reject hate speech, misinformation and online negativity. 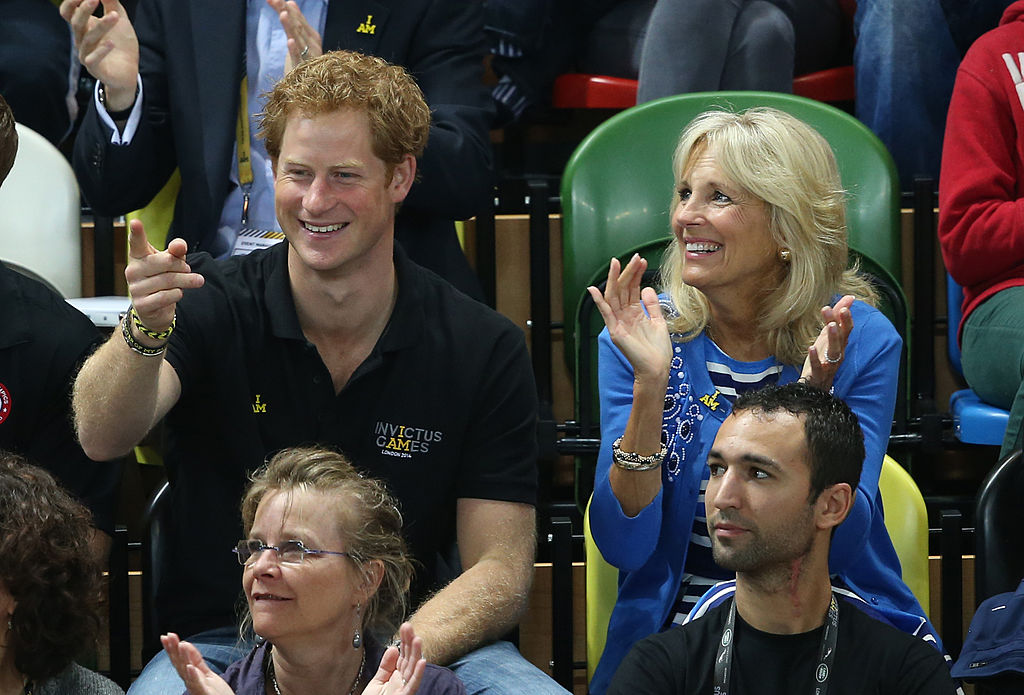 "When the bad outweighs the good, for many, whether we realise it or not, it erodes our ability to have compassion and our ability to put ourselves in someone else's shoes.

"Because when one person buys into negativity online the effects are felt exponentially. It's time to not only, but to act."

Biden was sworn in as the 46th president of the United States in January at an outdoor inauguration ceremony.

The Queen will meet with the Bidens at Windsor Castle on Sunday in Joe’s first overseas trip since becoming President.

He will already be in the UK for the G7 summit in Cornwall.

Buckingham Palace said in a short statement: "The Queen will meet the President of the United States of America and First Lady Jill Biden at Windsor Castle on Sunday, 13th June 2021."

Biden will be the 13th US President to meet the Queen, who has hosted every American head of state since taking the throne in 1952.

The only exception was Lyndon B. Johnson, who did not fly to Britain during his presidency. 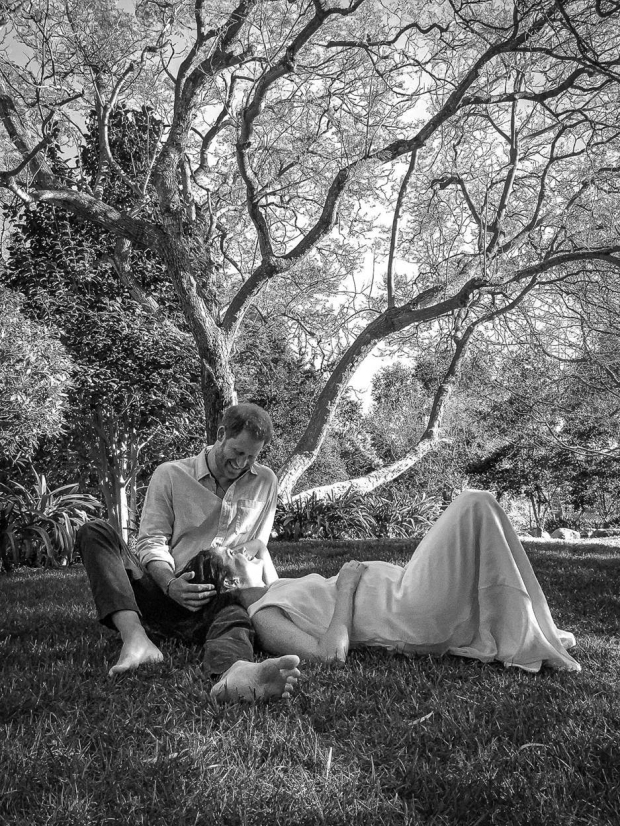 This event will be the first time the Queen has flown solo during the official meeting after the death of Prince Philip in April.

Biden and his wife recently sent a message following Philip's death, saying: "On behalf of all the people of the United States, we send our deepest condolences to Her Majesty Queen Elizabeth II, the entire Royal Family, and all the people of the United Kingdom… Jill and I are keeping the Queen and Prince Philip’s children, grandchildren, and great-grandchildren in our hearts during this time."

The Duke and Duchess of Sussex are reportedly taking several months off work for parental leave after the birth of their baby girl.

Meghan and Harry welcomed Lilibet  “Lili” Diana Mountbatten-Windsor, who shares the Queen's family nickname, at 11.40am on on June 4 in California.

We shared how Meghan Markle has just released a new children's book called The Bench.

And Harry insists he and Meghan DID tell Queen about Lilibet name and she was ‘supportive’ in war of words with Palace.