A WOMAN has revealed how she has formed a throuple with her boyfriend and another woman, despite admitting her strict Catholic parents would disown her if they knew.

Priscilla Soares, 25, started dating real estate investor and travel vlogger, Stephen Bolden, known as Jak, 26, from the US state of Connecticut in March 2017. 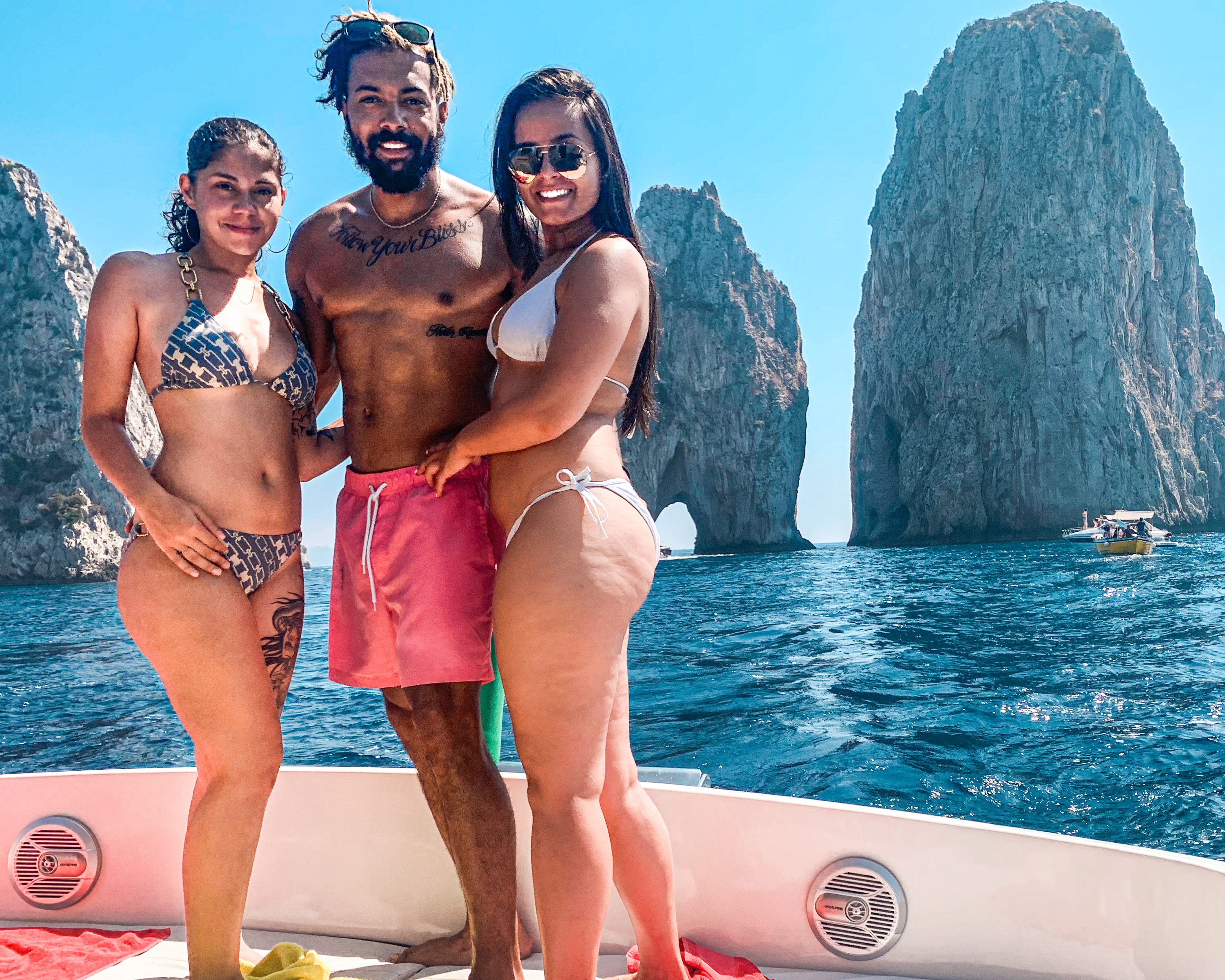 Jak claims he has never believed in monogamy and has always sought physical connections with multiple women.

The couple added Pamela Dejesus, 21, to form a triad in February 2019 and the three of them work together whilst travelling the world.

Priscilla is from a strict Catholic background and when she first met Jak she dreamt of a monogamous relationship which followed the heterosexual traditions of getting married and having children.

Jak took vacations every month and was always upfront with Priscilla about the variety of women he bedded and his strong desire for multiple sexual experiences with multiple women. 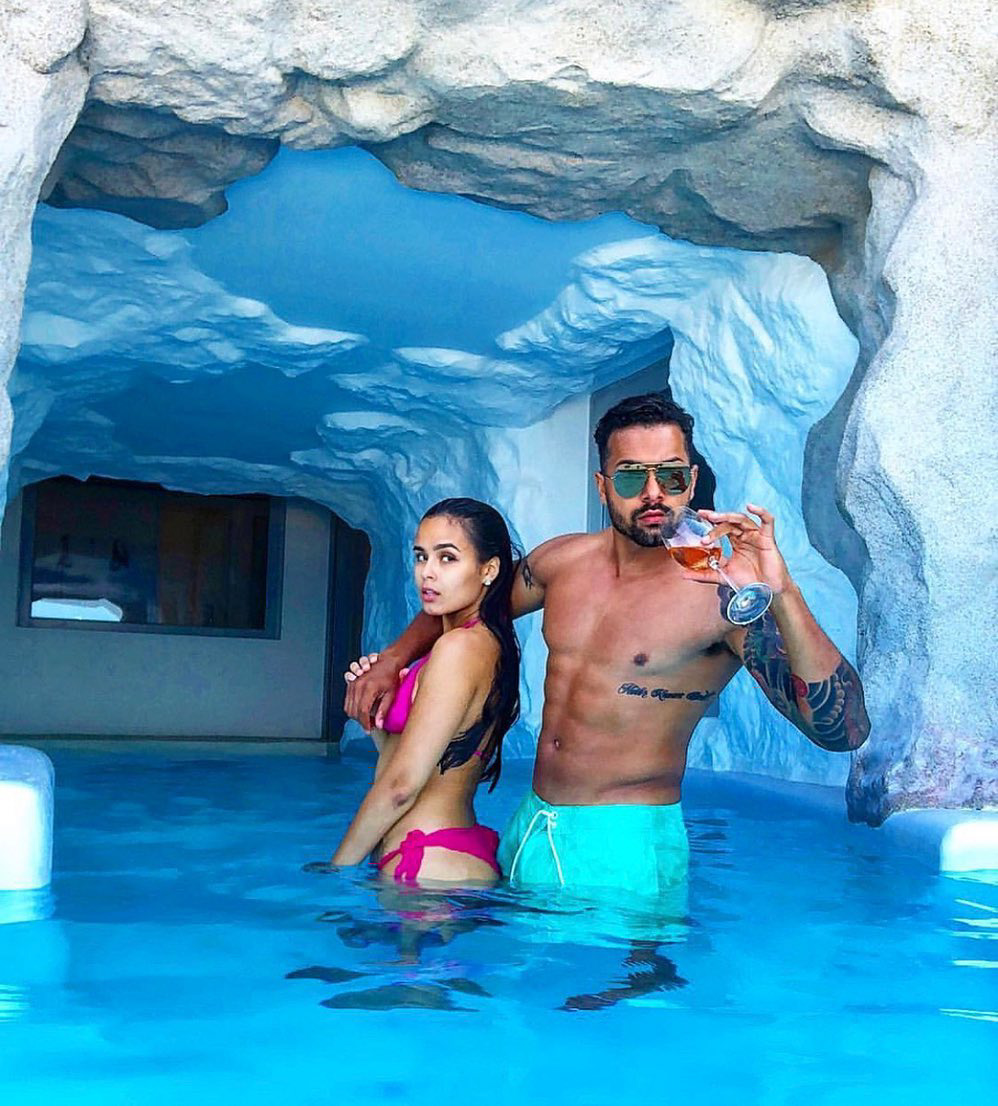 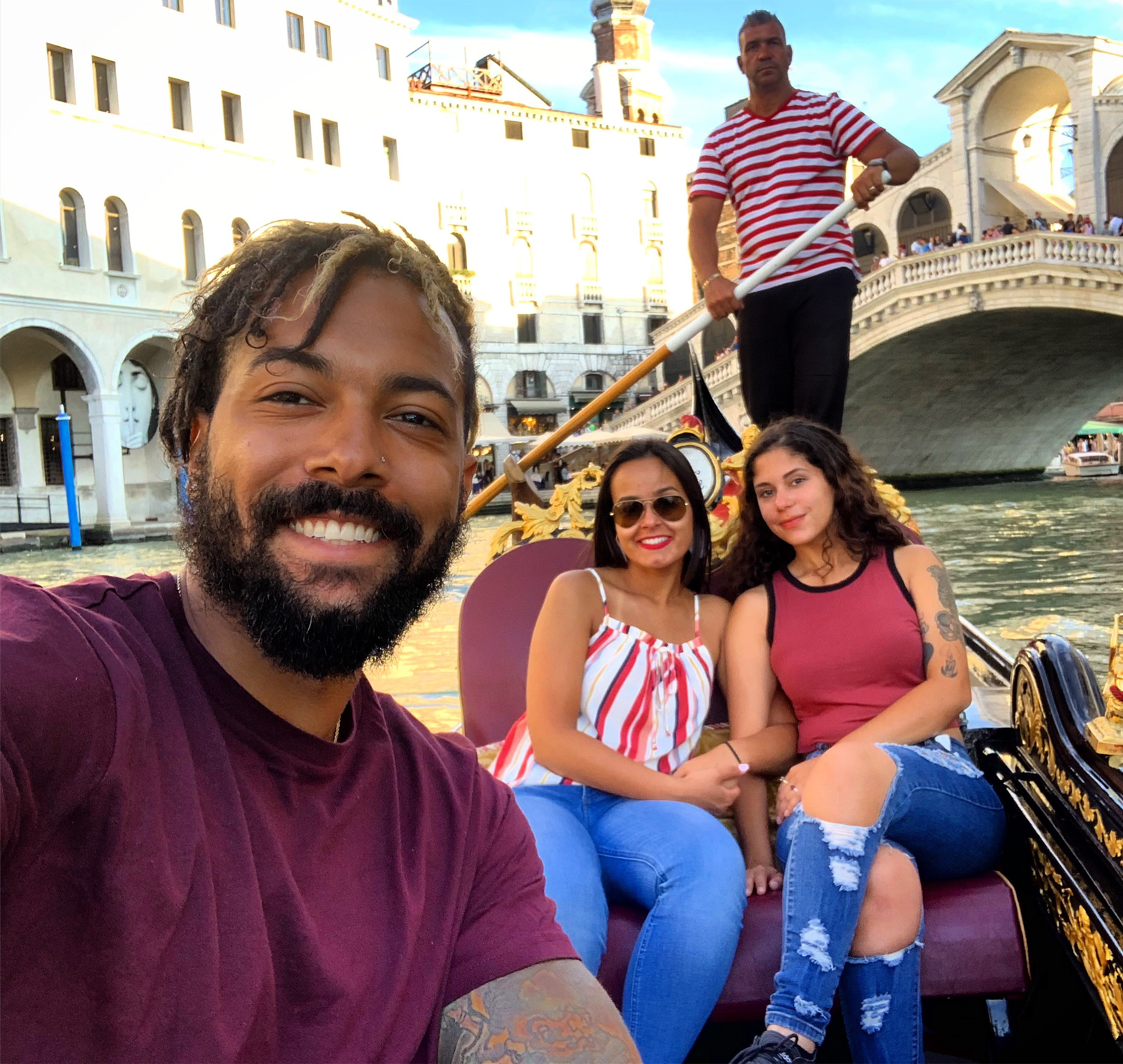 Jak believes that if he wants something, he should have it so long as it makes him and anyone else involved happy.

He also thinks he has a higher purpose and part of that purpose is to pursue his passions; one of which is women.

Priscilla and Jak travelled the world together and shared many new experiences and over time, heterosexual Priscilla found herself experimenting in three-way sexual experiences with Jak and other women.

In February 2019 Jak met Pamela, who is also from a strict heterosexual background, and brought her into his and Priscilla’s bedroom. 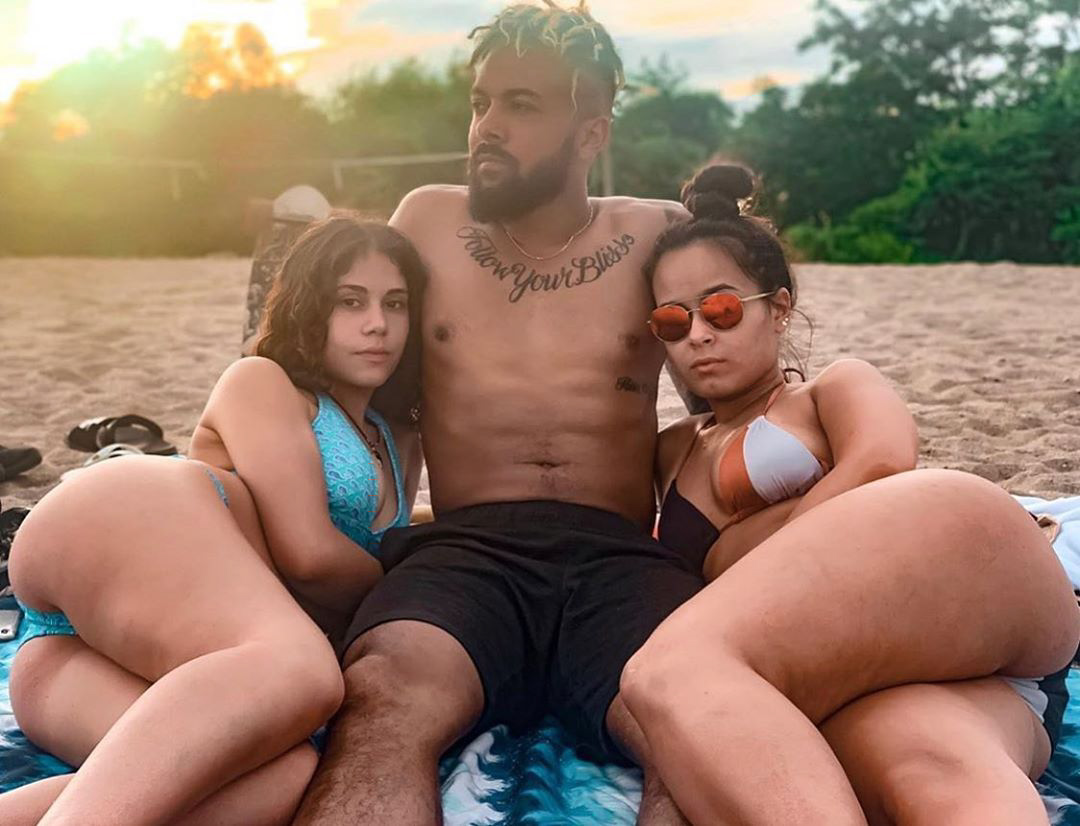 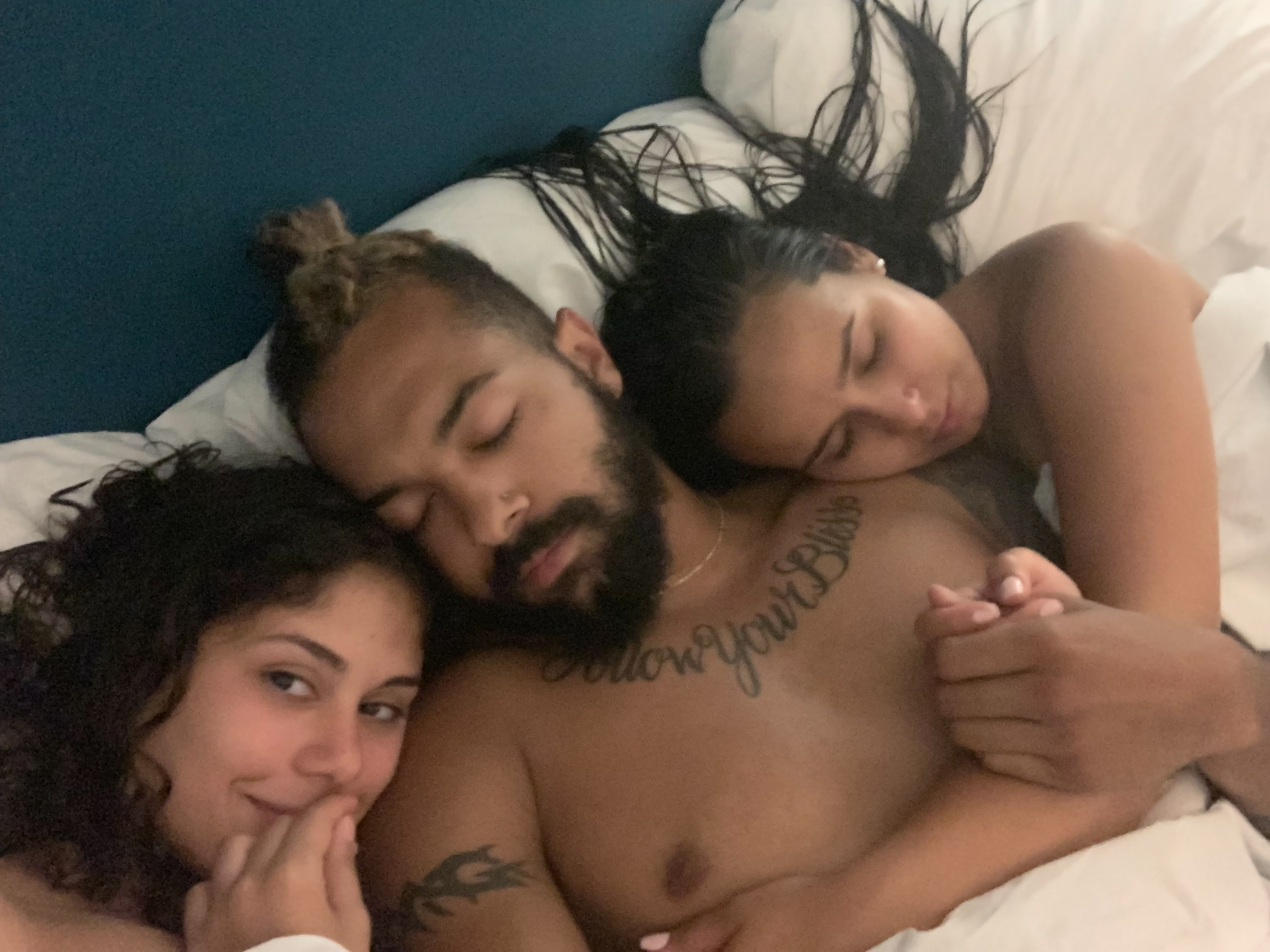 “The dynamic of our relationship was essentially that we were free of boundaries or limitations and could do what we pleased as long as we were safe, honest and clear in our communications and intentions.

“Pri’s preference was investing her love into one man while being open to meeting and exploring sexual relationships with females.

“I was focused on my businesses and my perceived higher purpose; my philosophy was to pursue my passion and accept whatever crossed my path as long as it added in some way to my mission.” 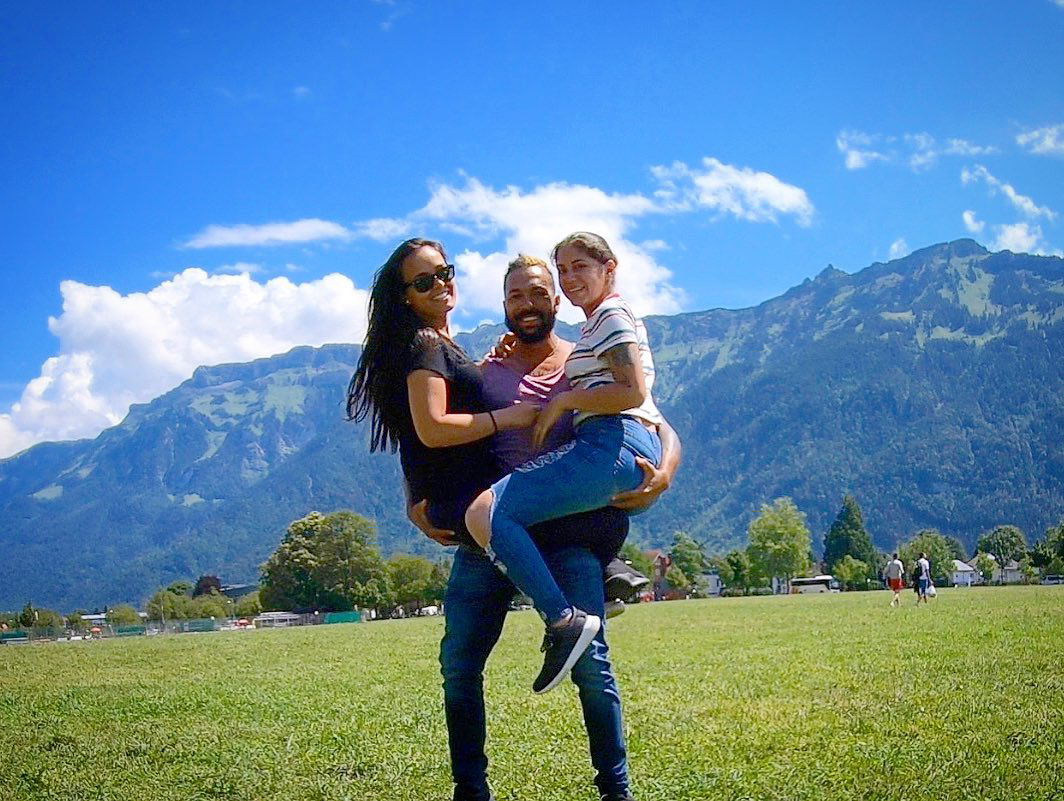 Priscilla went onto explain how their relationship dynamic worked in the beginning.

She said: “If he happened to meet a woman that, by his standard, was attractive, positive and progressive, there was no good reason to inhibit an emotional or sexual relationship forming.

“Jak was upfront about having no desire to be monogamous so the bond between us continued to grow despite his intimate relationships with other females.

“Throughout our first two years of being together, he would explore relationships with other girls. If they were sexually stimulating, we would enjoy them together on a playful basis.

“Eventually we began seeing if it would make sense to take it further than that and started dating women together.” 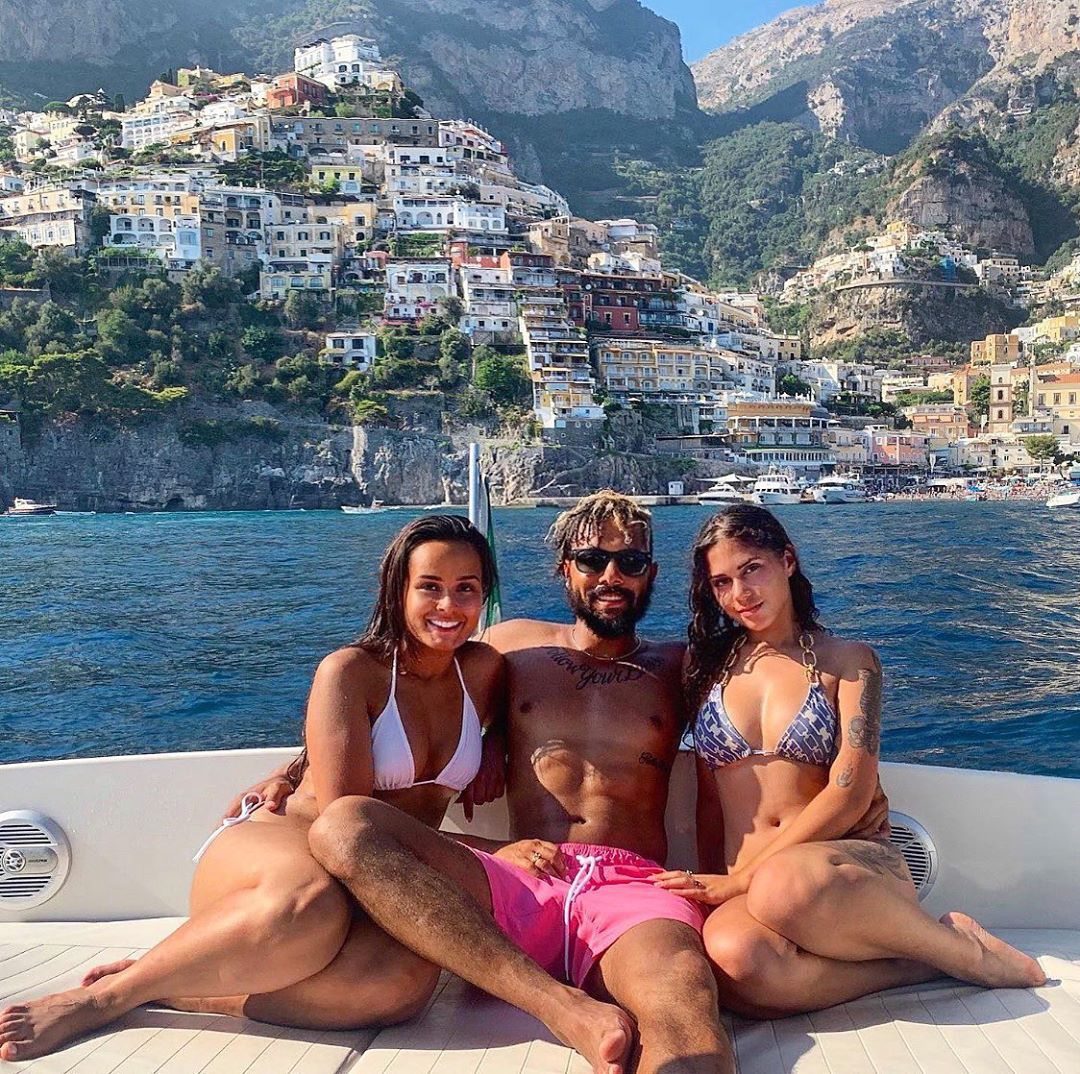 Pamela had been friends with Jak and Priscilla on Facebook for a while, and they all had many mutual friends.

Jak began dating and sleeping with Pamela and wanted his experimental girlfriend to meet her and for the three of them to go to bed.

Both Jak and Pri were attracted to Pam on more than a sexual level, finding themselves drawn to her personality too, they all formed a bond and within three months had chosen to enter into a loving, three-way relationship with her.

The newly formed relationship provides them all with more financial stability, more creative ideas for ways to work and more people to join together in providing for each other as well as more bodies to have fun with. 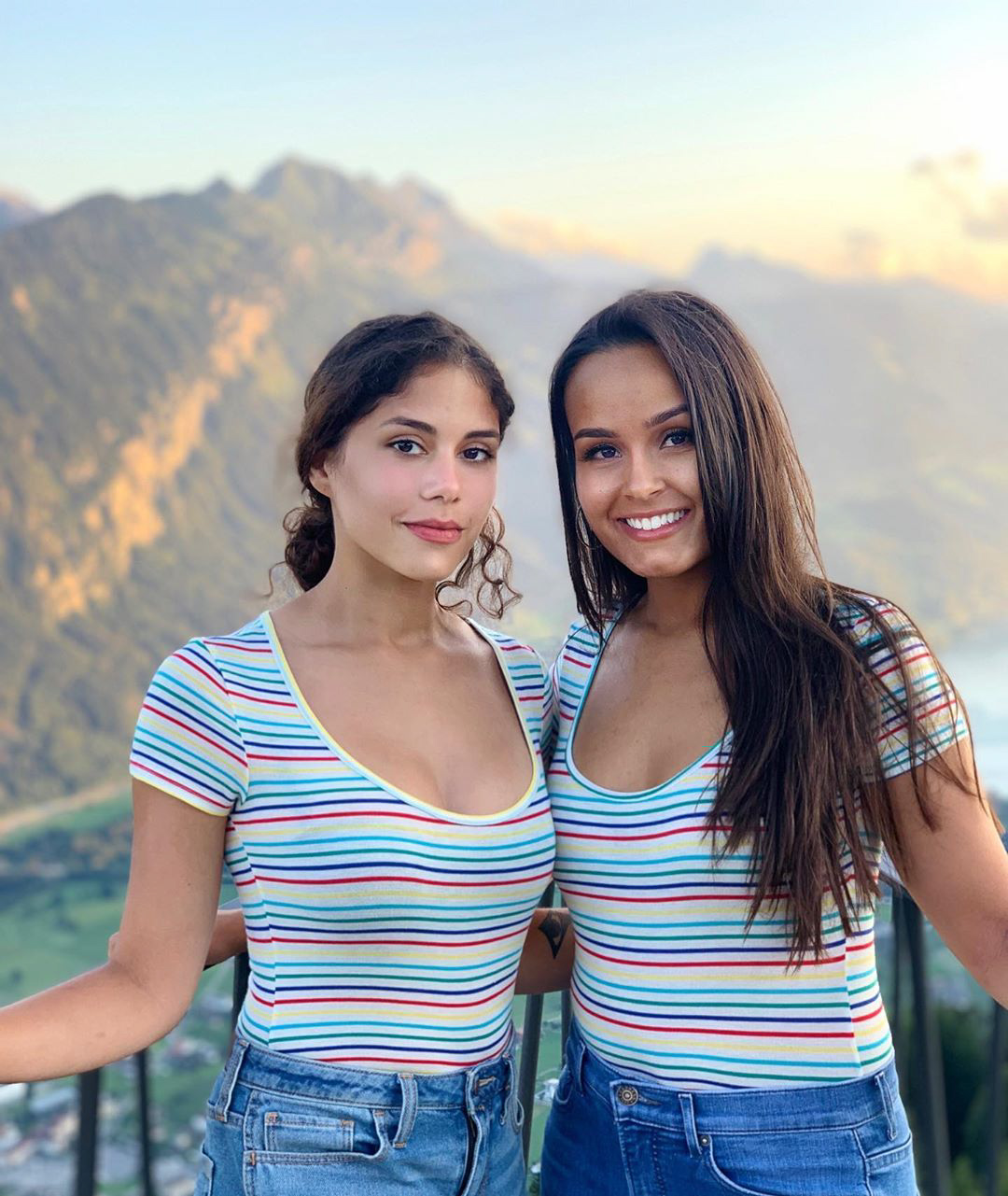 The couple were content with their sexually explorative relationship but all three feel they did not find true happiness until they bonded together as a trio.

Jak said: “We’re not so sure there’s a such thing as falling in love. People say they ‘love’ people and in reality are in toxic, terrible relationships.

“We believe love is a choice. It’s a door we choose to walk through, not something we fall into.

“Pam was the first woman that we were both physically, emotionally and mentally attracted to that also met all of the criteria that both of us had for a potential life partner, she was the one who fully solidified the fact that we were indeed 'polyamorous'.

We’re not so sure there’s a such thing as falling in love. People say they ‘love’ people and in reality are in toxic, terrible relationships

“We were just growing and experiencing life; seeking new references and diving deeper into the mystery of discovering who we really are.

“Once Pam came into the picture we had found our destination.

“The strength of our relationship grew because our personal foundations were rooted in a truer understanding of who we are and what we want.” 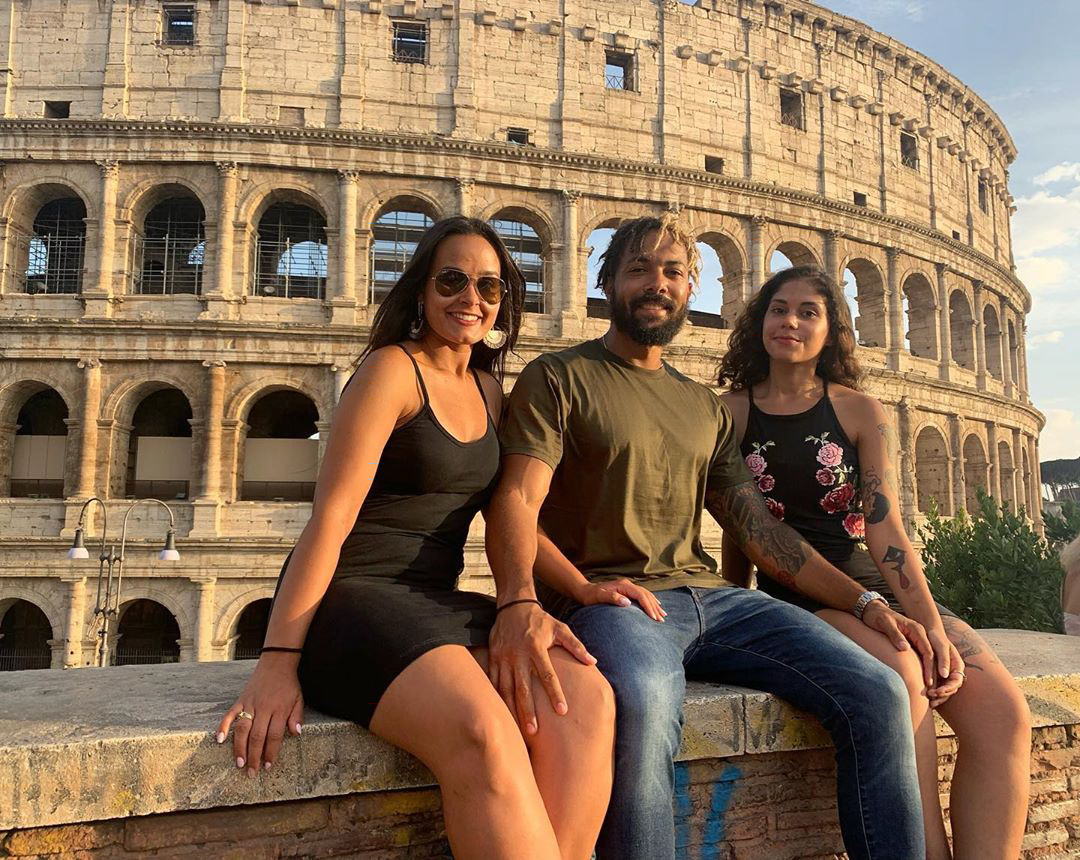 Jak said no one in the throuple likes to put a label on what they have, and said: “This dynamic is simply what resonates with our spirit.

“We all feel more fulfilled in this kind of relationship than any other we have experienced.

“This is a situation that puts you in a better position to grow and develop rather than forcing us to deny innate tendencies and desires in our psyche.

“Better sex, more money, more minds and ideas in the mix and more hands to do the work.

“We developed much better communication, higher capacities of trust, understanding and forgiveness and to better balance our expenditure of time, energy and emotion.

“We choose to be in love every day, because we are a stronger force together and happier than apart.” 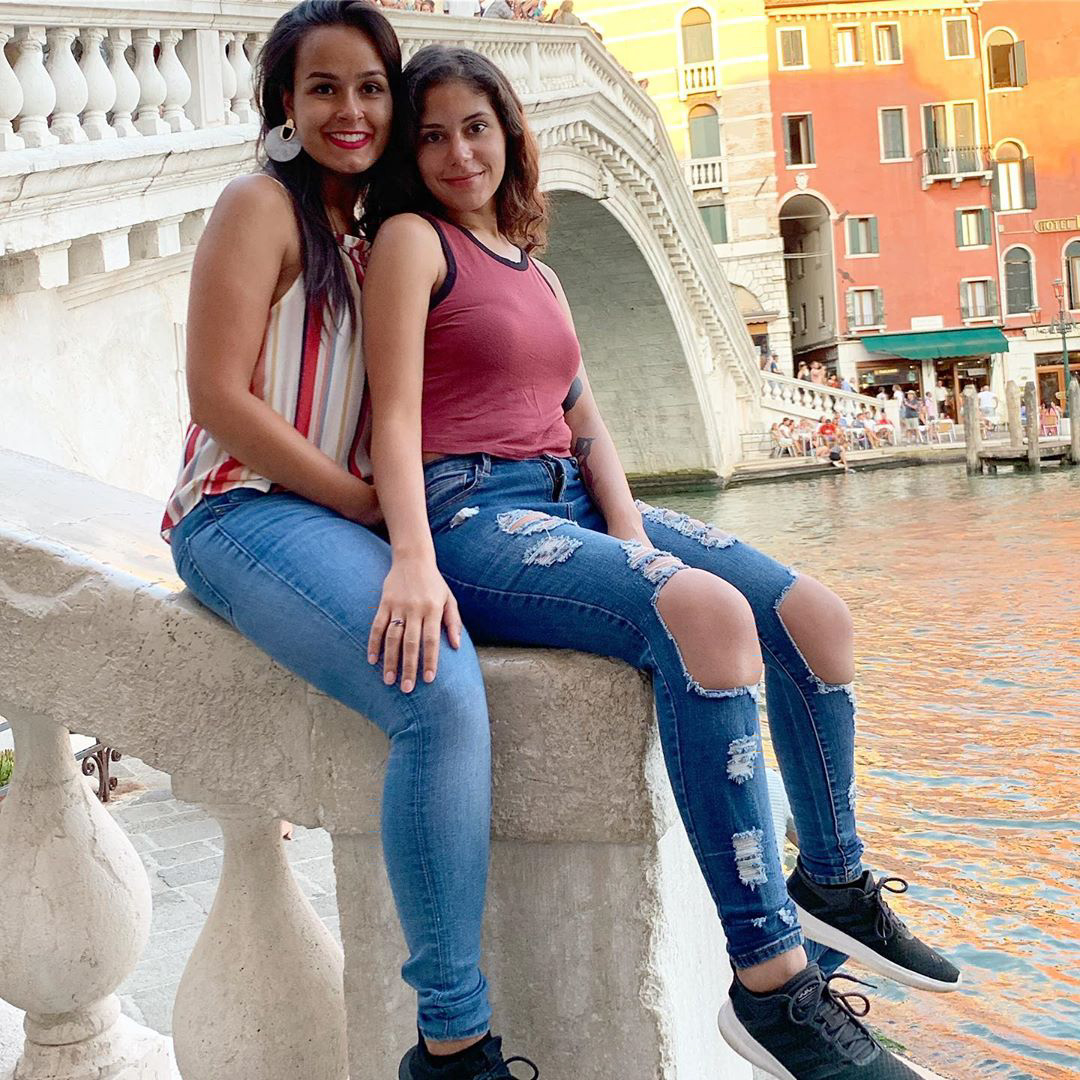 Now they explore the world and explore how a three-way relationship promotes and stimulates mental growth.

Jak's parents are accepting of his lifestyle yet to this day Pri hides her bisexual and polyamorous lifestyle from her family, as does Pam to some extent.

The trio believe their way of life is the key to happiness for some.

Pamela said: “Polyamory/non-monogamy isn’t a new weird thing. It’s in our nature. It’s in the animal kingdom. It’s part of our history. It’s honestly a natural and beautifully empowering way of life.

“We don’t limit ourselves based on arbitrary conditions and we are able to continue to explore the things that peak our interest without fear of judgement or guilt.” 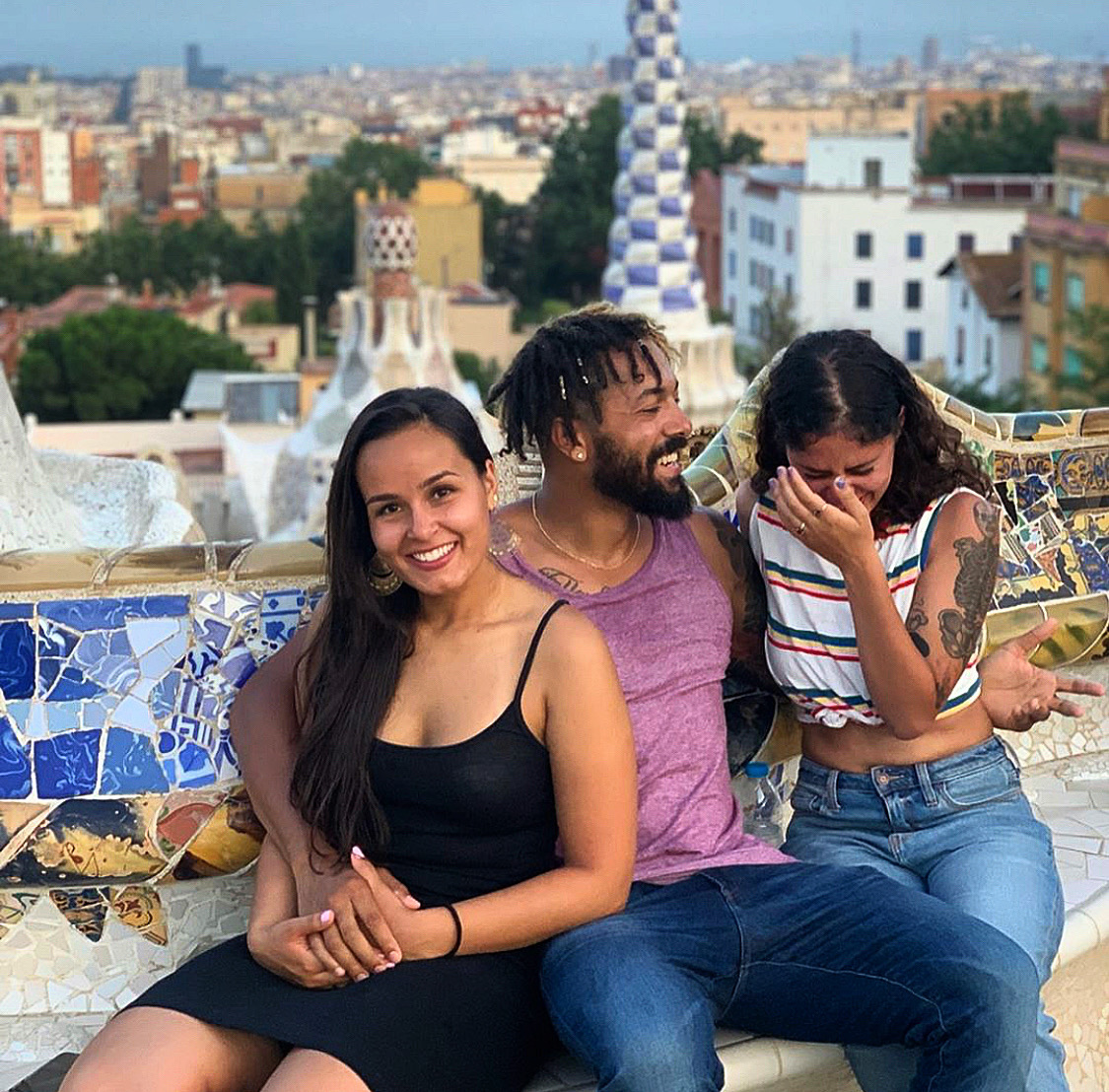 Jak added: “Pri’s family barely know anything because we know her parents won’t accept it and she will be disowned just for coming out as queer.

“Pri’s parents aren’t open to homosexuality or anything but the Catholic Church. Love does not and should not have rules.

“See and experience life. Eat from every fruit bearing tree the world blesses us with.

“The earlier you start believing in yourself and forming good habits, the better your chances of having a positive impact on society and living a fulfilled life are.”

Previously, we shared how a polyamorous throuple who live together with their three kids plan to marry and have more children… but say they’re still open to dating others.

Meanwhile Stacey Dooley met this throuple, with the husband admitting he "loves seeing other men make his wife orgasm".

Plus this polyamorous ‘throuple’ claim their three-way romance teaches son, 7, what an ‘honest relationship’ looks like.