Kate Middleton went for a glamorous look as she attended the first annual gala dinner on Wednesday in recognition of Addiction Awareness Week. For the outing, the Duchess wore an off-the-shoulder fitted cream dress which had stripe detailing. Although many fans complimented Kate’s stunning gown, which she first wore in 2016, others pointed out that she appeared to be wearing the frock backwards. The Duchess of Cambridge wore the dress in a way which had a zip down the front and some people believed this should have been at the back, but did she really make a mistake?

Kate attended the event, hosted by Action on Addiction, as the Patron of the organisation.

She delved into her wardrobe to wear a £1580 floor-length gown which she first stepped out in three years ago.

Adding some glamour to her look, Kate wore a pair of sparkly Jimmy Choo shoes, costing £525, and a pair of drop diamond hoop earrings by Kiki McDonough, which are on sale for £3400.

The stunning design nipped in at the waist with belt detailing and a zip down the front.

Although the Duchess got many compliments for the look, some royal enthusiasts accused the Duchess of wearing the dress the wrong way around.

Taking to social media, some said the zip of the dress should be at the back rather than the front.

One fan said: “ “Is it just me or has Kate got her dress on back to front?”

“Wait, is Kate wearing her dress backwards?” Another wrote.

However, despite the concerned messages from fans, it seems Kate was wearing the outfit correctly. 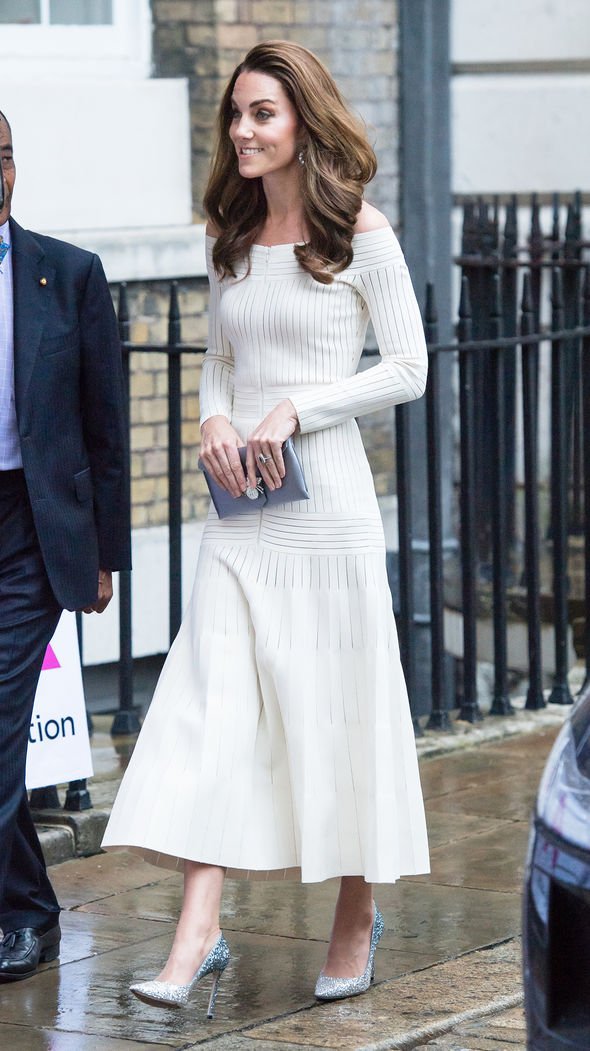 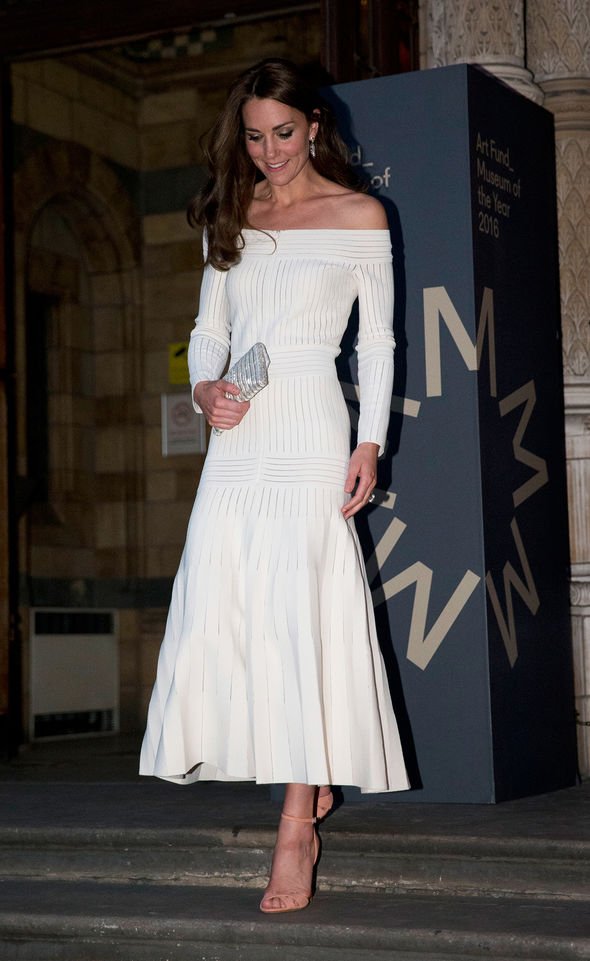 What’s more, pictures of the design on sale and on the catwalk both show the dress being worn with the zip down the front.

Earlier this week, Kate opted for a more casual look as she attended a walkabout in Keswick town centre during a visit to Cumbria.

She wore a khaki jacket, a green jumper and a shirt with a ruffled collar beneath.

The jacket was a £275 khaki number by Troy London and her boots were by Liegi, originally costing £360.

Last week, she stunned in a pale yellow Alexander McQueen dress as she attended Trooping the Colours.