EVERY Sunday, our resident Tarotscope reader Kerry King will be revealing what surprises, challenges and excitement awaits you in the week ahead.

Kerry has been practising tarot readings for the last 20 years, starting from reading for friends to amassing an international client list. 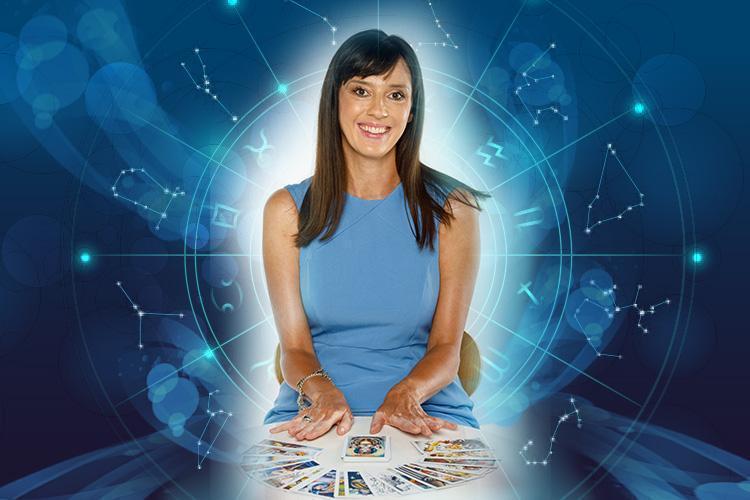 Using her strong intuition and deep knowledge and understanding of the horoscope, she is able to provide accurate and encouraging predictions for the coming days. 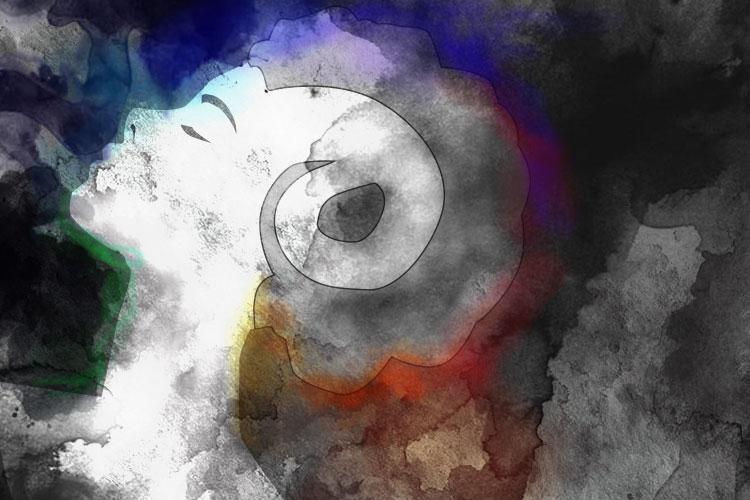 Change is tiring, mentally and physically.

The presence of the Death card this week, along with the cutting Ten of Swords, shows that the things you’re ending in your life are having an emotional impact upon you – changing your outlook and priorities, even changing your self- image.

Sounds deep? Well, it is. We are more than the sum of our roles and responsibilities but they DO shape our character and personality, for sure.

The Four of Swords asks you to keep a low profile, chill out, relax and rest as much as possible during this transformation process.

You need to give yourself space to let your mind and emotions catch up with unfolding events. Be kind to yourself, Aries, because these are important times for you.

Taurus (Three of Wands, The Star, Ace of Wands) 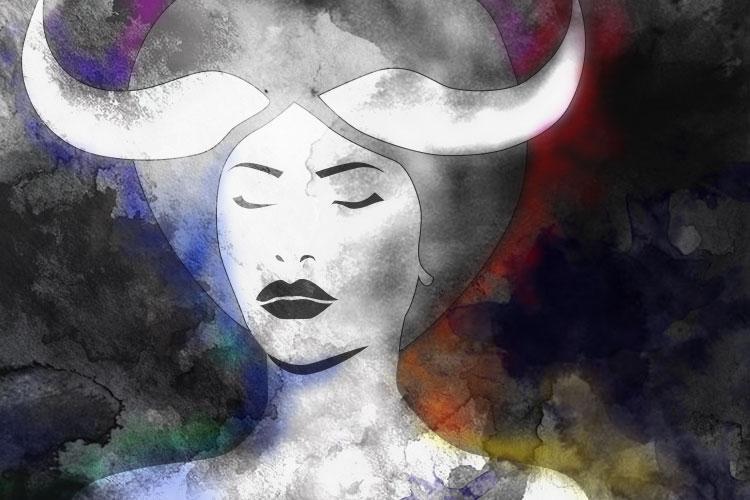 Wonderful new opportunities are all around you, this week, Taurus!

The Star is the key card and is a 'wish come true' pass from the Universe, so make it count, my friend. The higher you aim, the better the outcome, so make a wish and move in its direction.

The Ace of Wands shows this involves the start of something new- something inspiring, exciting and authentically 'you'.

The Three of Wands shows lots of windows of opportunity to make this happen will arise this week, look out for them because they’re random and, sometimes, fleeting.

Sharpen your radar to new news, people who can support or advise you, chances to show your commitment to your desires and invitations or events which look inspiring.

In short: focus on a dream, and go look for opportunity to make it happen. You’ll be surprised… 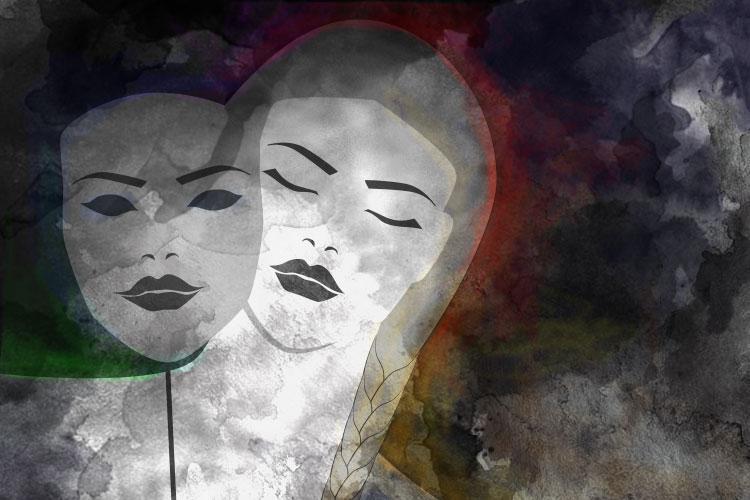 Tough cards, Gemini, in the shape of the Five of Coins and Swords.

Prepare to face into the consequences of a loss you’ve endured, or a conflict you’ve been embroiled in. The impact will hurt, but it won’t last, and you’ll almost be relieved that things have come to a head.

Don’t shy away from facing your demons – in fact, sit down and make nice with them, they have life lessons to impart.

The good news here is that, even though it feels uncomfortable at times, Justice shows you will be vindicated here. You will 'win', though it may not feel like it, and truth and light will prevail.

So, play nice, be fair, stop arguing or agitating… let karma take care of them, you just look after you! It will all be alright in the end, just get through this little bit first. 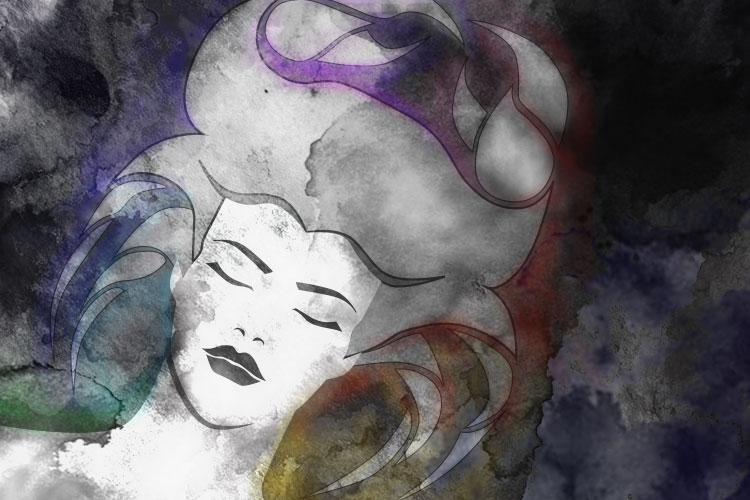 You’ve recently made an important decision and closed the chapter on something which was meaningful to you, as shown by Judgement.

This era of your life was complicated, flawed and you were no angel throughout the story… and you’ve accepted it all for what it was. You are where you are now as a result, and you’re actually grateful for that journey.

The Two of Wands shows this has been a lingering decision, a choice you’ve procrastinated about, or one you’ve maybe reluctantly faced… but now you have, my friend, and you can move on.

The King of Coins sees you taking on the demeanour of an older, wiser, thankful and optimistic sage.

Someone who has earned their resilience and character. Someone who’s happier in their own skin and ready for a second chance… and, you know what, it’s coming! Have faith.

Leo (Queen of Wands, Four of Swords, Six of Swords) 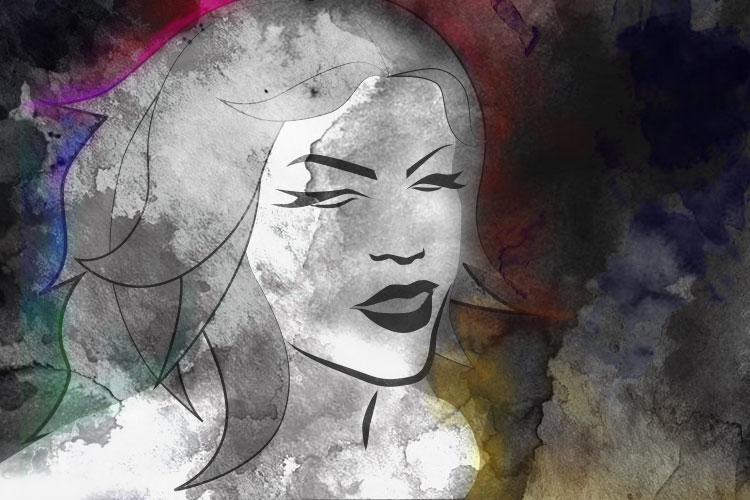 Sometimes the right action is NO action, and that might be the advice from the tarot this week.

The Queen of Wands is you, feeling all uppity and ready for making a move, striking out, charging forth… but the Six and Four of Swords come with a more 'chill' message.

Yes, you will inevitably move on from this situation but it’s maybe not right now. The Four of Swords says you need to withdraw, step away, retreat and rest, in order to gain a new and clearer perspective here.

You can’t see the wood for the trees right now because you’re too deeply immersed. Step back and distract yourself with other things.

When your gaze returns here, it will be from a new angle and things will look different. And it’s THEN that you’ll see what it is you need to do.

Virgo (Five of Coins, The Devil, Knight of Cups) 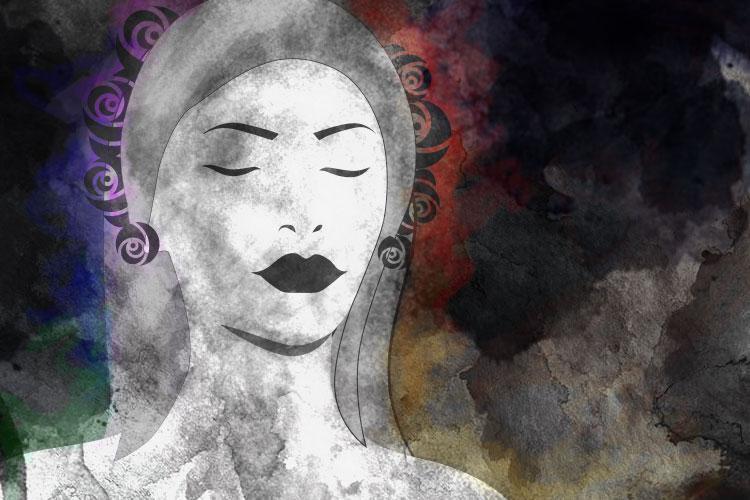 You’re in danger of being too hard on yourself and sabotaging your own best efforts. STOP IT, Virgo!

The Five of Coins shows you returning to an old crime, something you felt ashamed of and regularly, as shown by the 'bad habit' The Devil card, return to review and analyse.

It’s like beating yourself up, when no one else even remembers what you did, or cares. Please stop the mental self-harm, you don’t deserve it and it serves no positive purpose.

The Knight of Cups brings a solution- it’s called FUN. Get out there and distract yourself with people you love and like, and who admire and value you.

Go do things you enjoy, go and socialise, travel or play. Ride out this urge to hide away and pick at a scab. 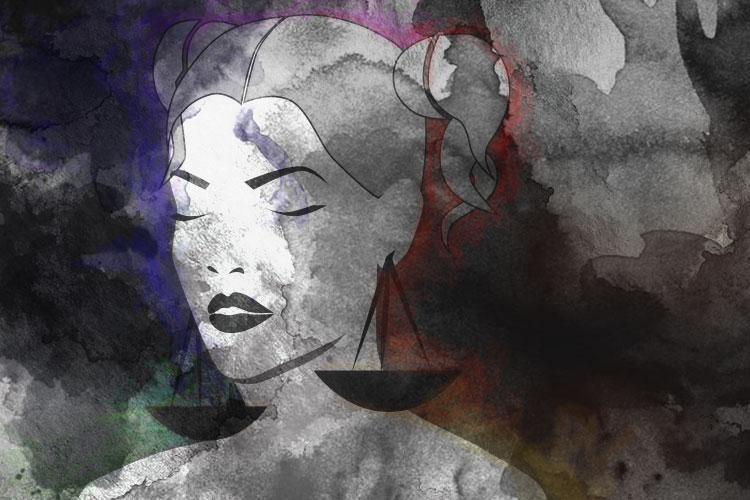 I think that a very juicy piece of gossip is going to land in your lap, as shown by the Seven of Swords and Eight of Wands, from an unexpected source this week. Oooh, lovely. Or is it?

Be careful what you do with this information, Libra, because rumours are dangerous and eventually have the potential to create a nasty backlash on those who unleash them.

Should you stop this one in its tracks? Yes.

The Ten of Swords asks you to be the one to break this chain letter and remove the information from the public domain. It could hurt someone, it’s not verified, and you don’t want to be the one holding the smoking gun if it all goes off.

Enjoy the intrigue but then let it end there.

Scorpio (Queen of Swords, Seven of Coins, Three of Cups) 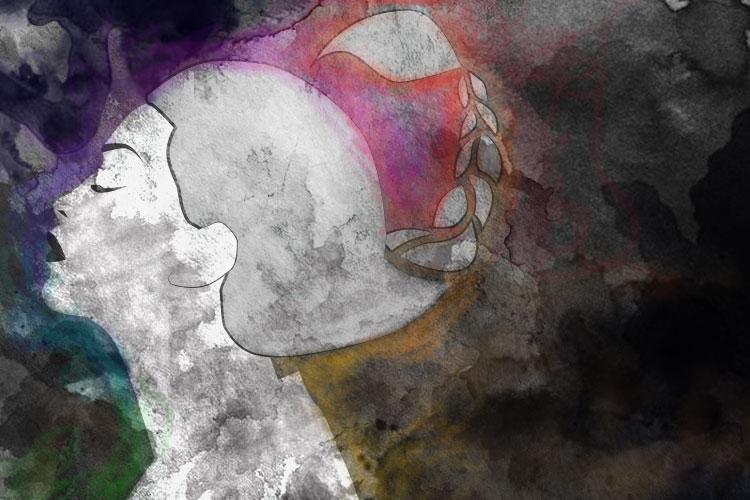 The Seven of Coins sees you in pause mode about something. It’s an activity or relationship you’ve invested in, and come a long way with, but you’re still not satisfied with it.

And the Queen of Swords sees you in a rational, logical, even ruthless, frame of mind about it now.

You want to make a change, and you want it to be thought-through and strategic, this isn’t a knee-jerk thing or something you want emotions to overwhelm you on. So, give yourself the necessary space and time to do that “thinking” work.

The Three of Cups shows that the end game here is bringing more fun, pleasure and lightheartedness into your life.

Better relationships, a better lifestyle, more quality time doing things with people you love, and the ability to focus on what you’re good at.

Duty, obligation and responsibility have a place, but they’re not the whole story. This shift of gear is possible and doable with just a few adjustments, and you’ll soon know what they are. 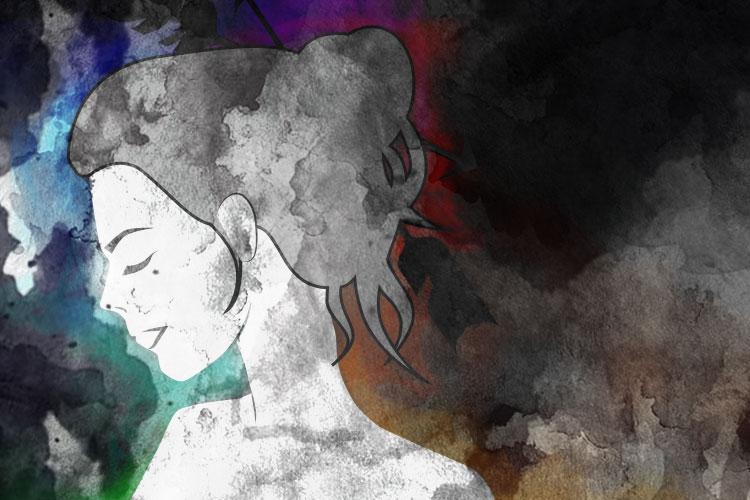 A new leaf and a clean slate, that is what’s on your mind right now.

The Fool is the first card of the tarot and the patron saint of new beginnings, ones made with great enthusiasm and optimism- even if others raise an eyebrow.

The King of Wands shows that you have made this happen by making a bold move, taking a risk, and pushing yourself into new territory. Good for you, Sagittarius, because 'nothing ventured, nothing gained'.

Strength is a powerful tarot card about personal growth and development, finding new depths in your character (in a good way!) and building your resolve and resilience.

You’ve done the right thing, my friend, and your bold move WILL pay off, both materially and in terms of making you a stronger, better version of your current self. Power to you. 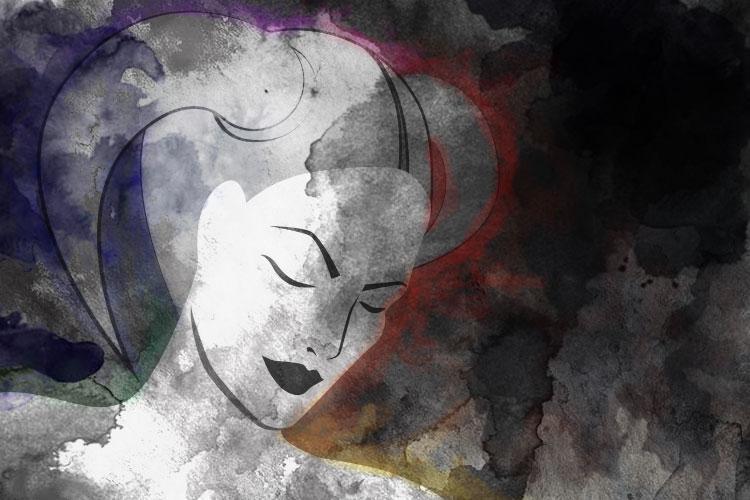 Three major arcana cards this week, Capricorn, so tune in. They are the power cards of the tarot and bring messages from the Universe, and significant life shifts.

Change is afoot, and it will come from within, from a revelation about yourself and your path that you, maybe already, know deep down.

Judgement shows that you will close one chapter, once and for all, and fully open yourself up to new opportunity – feeling older, wiser and more appreciative of life’s surprises!

Death shows this whole process will change everything, and you’re OK with that. If you embrace this insight and go with its consequences, then you can ride a huge wave which will take you further than you currently think possible.

Are you open to transformation? If so, this is it.

The High Priestess shows that the only person who can start this process is Yours Truly.

You hold this important knowledge within, you know what it is you want it ignite in your life, and only you know the trigger you need to press in order to start this.

Aquarius (Page of Coins, Two of Cups, The Emperor) 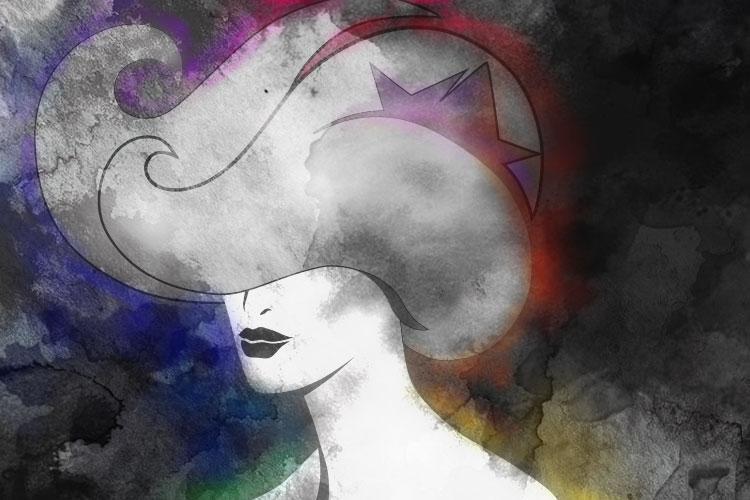 There’s a new relationship in your life that you’re keen to build up – and so you should.

The Two of Cups proves this one IS worth investing in, and that your 'other half', whether lover or friends, is as supportive of you as you are of them. It’s nice.

The Emperor asks you to step up and take control of moving things on a notch. You can be distant or aloof sometimes, you know, and this person may need a reassurance that you’re there, interested in them, and want to plan fun times together.

The Page of Coins shows this is a slow-build, a long-term investment so don’t go OTT.

Step by step, each day, this relationship can grow and with some attention this week, you can start that process. 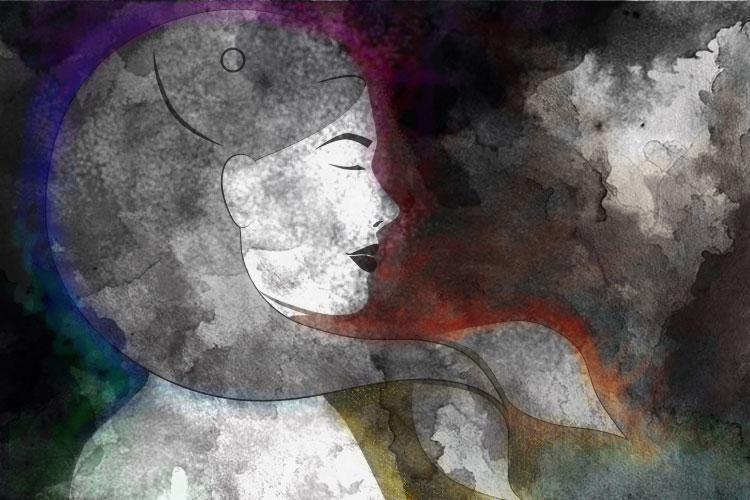 You’re feeling unfairly treated by someone and it’s gone on long enough, but Justice comes to say 'chill, all will be resolved, and in your favour.'

You don’t need to do anything other than mind your own side of the street, play fair, play nice… and let karma sweep up the rest!

In the meantime, have fun! The Seven of Cups and Page of Wands asks you to invest this extra energy and edge you’ve got, created by this situation, into something positive.

Maybe it’s a campaign or contribution to something related to your situation, maybe it’s a piece of writing or artwork which reflects your feelings, maybe it’s a dedicated week of exercise and health kicks.

Take the bad vibes, extract the raw energy and turn it into something great knowing that things are going to work out good anyway.

Kerry King uses tarot and star sign wisdom to create inspiring forecasts and insights, with over 20 years fortune telling experience, and many happy clients all over the world. You can book a personal, written reading, which comes as an illustrated brochure, at www.kerrykingtarot.etsy.com