EINDHOVEN, the Netherlands — If one theme unites the work of the versatile Dutch designer Kiki Van Eijk, it’s that there is no one theme.

For 20 years, she and her collaborators have produced lighting, sculpture, furniture, household objects, wall hangings, carpets and more using materials ranging from ceramics to textiles.

Ms. Van Eijk, 42, designs at Kiki & Joost, the studio and workshop she shares with her husband, Joost Van Bleiswijk, 44, another prominent designer. “Joost and I are very close and often work together,” she said. “With him, I’ve grown and become more daring. But it’s also really important to have your own identity.” 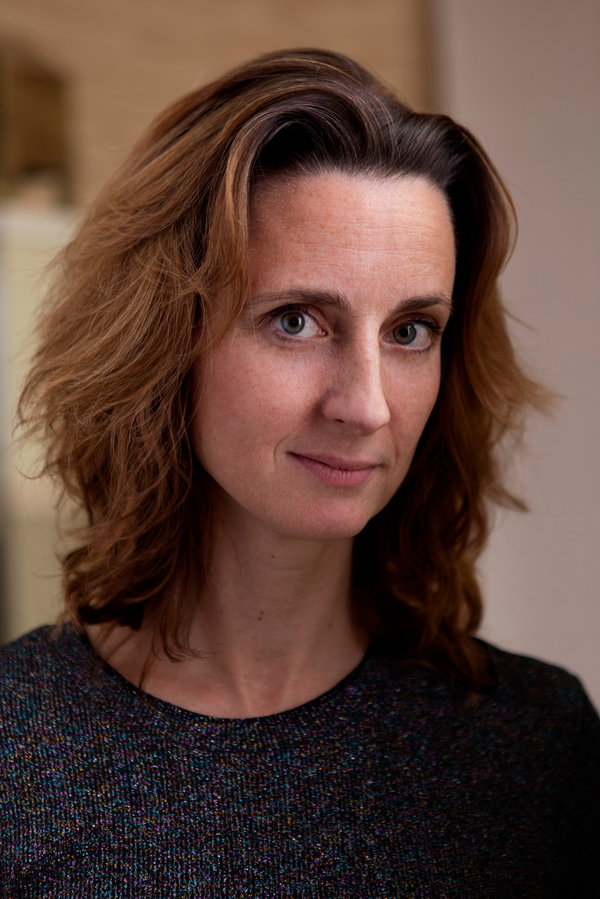 At the studio, a team of craftspeople helps her to realize about half her projects; the rest are created in consultation with the commissioning clients. Ms. Van Eijk said her studio used the pandemic lockdown in the spring to come up with new ideas: “We just keep positive and will see how things evolve.”

Ms. Van Eijk believes that every project requires a different approach, and she prefers to be free to decide it. “That’s why maybe my work can be confusing to people at times,” she said with a laugh. “So, sorry for the confusion. I don’t mind when not everything is clear.”

Here is a look at some of her most notable projects.

The felted wool rug, Ms. Van Eijk’s graduation project from Design Academy Eindhoven, started her career. She said she avoided creating anything similar for years because “I didn’t want to just be the girl with the rugs.”

A mantel clock in white ceramic that has the look of cloth, it was the first piece in the Soft line, still in production. Ms. Van Eijk stitched the original form in felt, then made a mold with the help of Cor Unum, a Dutch ceramics manufacturer. A black version debuted this year.

Commissioned by Claudia Pignatale of Secondome Design Gallery in Rome and shown at Design Miami/Basel and other fairs, the collection of seven objects illustrated Ms. Van Eijk’s creative range. The novelties included a cart, cabinet and bird cage, produced in unexpected combinations of metal, wood, ceramics, textiles and more. Ms. Van Eijk made the original models, which then were scaled to life-size proportions at Kiki & Joost.

Ms. Van Eijk knotted brass wire to create an airy skeleton for this grandfather clock of sorts. Then Murray Moss, who ran the Moss design shop in New York City at the time, commissioned a group of mantel clocks made with the same technique but in 14 different finishes. Since then, the Floating line, Ms. Van Eijk’s most commercially successful, has expanded to include lampshades, candleholders and more. “I’m proud that it’s still up-to-date and people still fall in love with it,” she said.

Ms. Van Eijk visited the Berengo Glass Studio in Venice several times to collaborate with a master glass blower for a set of seven glass pieces representing the essentials of life, a collection called Drink! Eat! Fun! Rest! Think! Dream! Love! Its unpredictable colors and shapes were “very intuitive, based on the words,” she said.

Ms. Van Eijk created this elegant ice cream cake design for a Häagen-Dazs Christmas season promotion. Inspired by the shapes of ice crystals and mountain flowers like edelweiss, she started with a 3-D Styrofoam model and eventually created a silicone mold for the manufacturer. The dessert was sold in macadamia nut brittle and mango sorbet flavors — and “it was so delicious,” she said.

For a year after the 2013 birth of her first child, Ms. Van Eijk focused mostly on surviving day to day: “Giving birth is the most back-to-the-animal-world thing you can do. It’s very beautiful.” This series was inspired by that period, and underscored what she called “essence and origin.” Cast in bronze with hand-woven textiles, it included a daybed, desk, mirror and lamp, and was first shown at Design Miami/Basel by the Milan gallerist Nina Yashar.

Commissioned by the Dutch trend forecaster Lidewij Edelkoort for Google’s pop-up exhibition during Salone del Mobile in Milan, the six wall hangings showcased textiles being used for Google’s Softwear line of cloth-covered products, including a virtual reality headset and smart speakers. “They sent me the products and the fabrics, and I made collages in the weaving lab using contrasts, structures and textures,” Ms. Van Eijk said. “It felt like a next step in my artistic world.”

These flowing, repetitive shapes made with connecting ceramic pieces and LED lighting rely on a technique originally used to produce Venetian glass chandeliers. As the line is mostly made to order, interior decorators and architects have collaborated with her on shapes and sizes.

Seven abstract objects explore the space between sculpture and architecture and could be used as room dividers, pedestals or art. “Their function isn’t defined; I just give a hint,” said Ms. Van Eijk, who experimented with bioplastic, pigment and sand to apply layers of color.

In 2012, during a factory tour at the French crystal company Saint-Louis, Ms. Van Eijk was enthralled by its rows of manufacturing molds. “They were like the queens of the company, like little characters,” she said. “I was so in love with them.” She gave each object in this 2012 collection the shape of a mold, with hand-cut elements like the company’s signature diamonds and bevels. Ms. Van Eijk, who was pregnant during the design process, called the series Matrice, a French word for womb. This year, Saint-Louis introduced Ms. Van Eijk’s additions to the line: a table lamp and a collection of vases.

Ms. Van Eijk was among the nine international designers and artists invited to create large-scale installations for the Coachella Valley Music and Arts Festival in California, which was canceled because of the pandemic. Her design, called Buoyed, features three 36-foot-tall mixed-media sculptures, her largest work to date, and is now expected to appear at the next festival, whenever that happens. “Joost, me and our staff are all big music and festival lovers,” she said. “We’re very excited.”

For two years, Ms. Van Eijk worked with Theun Mosk, a Dutch set and production designer, and Suzan Rüsseler, a curator at the Textile Museum in Tilburg, the Netherlands, on a retrospective exhibition. “Imaginings: Dutch Design by Kiki Van Eijk” runs through Sept. 12, 2021, at the museum. “Not only is Kiki an important Dutch designer,” Ms. Rüsseler said, “she’s really a conceptual storyteller, creating her own world using craftsmanship and nature.” Ms. Van Eijk said: “It’s not chronological, but has stories about my life. It has a very specific rhythm from busyness to quiet. It’s immersive, but not always obvious. I didn’t want to explain everything.”