Another day, another Kim Kardashian bikini photo — and we’re not complaining!

Kim Kardashian looks summertime fine in a pair of new bikini photos she shared to both Twitter and Instagram on March 24. The SKIMS founder, 40, showed off her amazing curves in a tiny black two-piece, while lounging on a hammock in clear blue waters. In the second snap, Kim sported a black baseball cap and posed with her hands on her head. She covered her eyes with tinted black sunnies.

Kim simply captioned her posts with a palm tree emoji — hinting that she may have escaped Calabasas, CA for more tropical weather amid her divorce proceedings with Kanye West. The KKW Beauty founder filed for divorce from the Grammy-winning rapper on February 19, according to court documents obtained by HollywoodLife.

Kim, who cited “irreconcilable differences” as the reason for the split, requested joint legal and physical custody of the couple’s four kids: daughters North, 7, and Chicago, 3, and sons Saint, 5, and Psalm, 1. Additionally, “Kanye is 100% out of the house and not staying there even when he comes to visit the kids,” a source told HollywoodLife about the multi-million dollar home the couple purchased in 2014 — shortly after after their Italy nuptials that May. 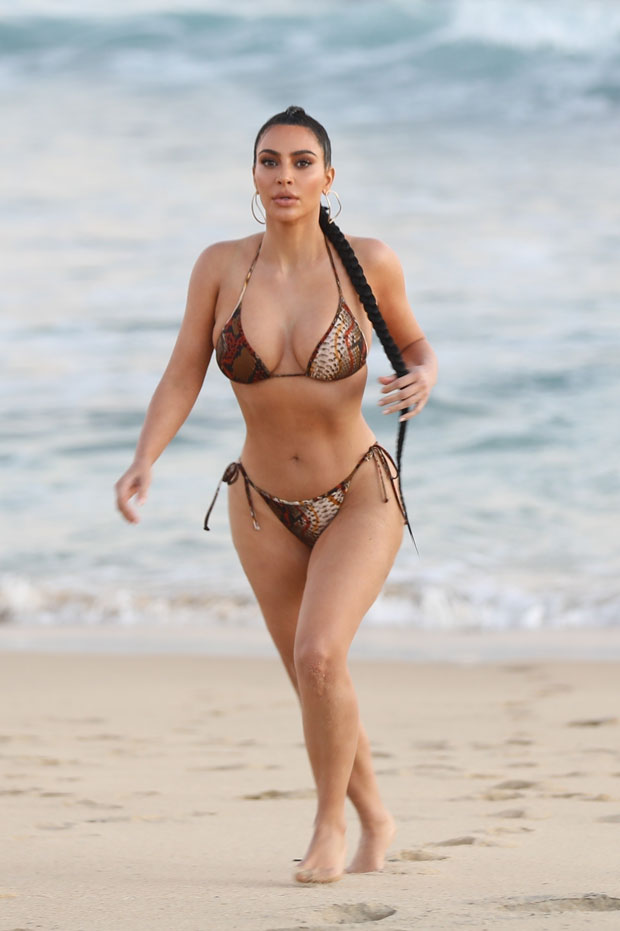 As for Kim? It seems as though things are business as usual for the law student, who has two years of education left before she’s eligible to take the Bar examination. She’s been sharing her usual KKW and SKIMS content, which just included a new Jacquard campaign with her BFF La La Anthony and sisters Kourtney and Khloe Kardashian.

Additionally, Kim’s been busy on social media promoting the farewell season of Keeping Up With the Kardashians. It’s still unclear if the final season (20) will explore her split and subsequent divorce — although a recent teaser clip shows an emotional Kim crying to her sisters and saying, “I feel like a f–king loser.”

Meanwhile, Kanye has remained off social media since 2020, and he’s been staying at his Wyoming Ranch, where he’s been staying since after Kim’s 40th birthday in October. Though, Ye’s been photographed out and about in LA, as well as at his Yeezy studios since Kim filed for divorce. Neither Kim, nor Kanye have addressed the divorce publicly.