EUROMILLIONS winner Jane Park has been forced to defend her trip to Dubai for a second time after abuse from trolls branding her “selfish”.

The Scots millionaire, 25, revealed she’s received messages from strangers criticising her for being in the UAE while Scotland is in lockdown. 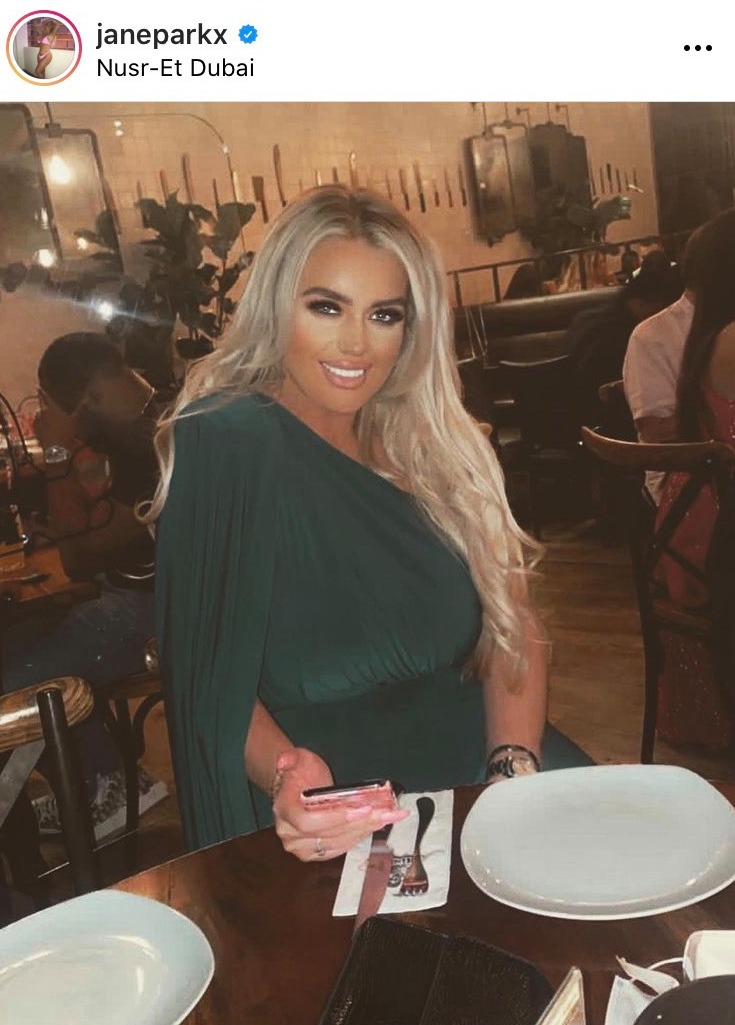 The Edinburgh socialite, who also urged people to 'follow the rules', has been staying in Dubai since before New Year.

And she set the record straight on her reasons for being abroad during the coronavirus pandemic – insisting that it was safer for her to be away from her mum who is considered to be high risk.

In a lengthy post on Instagram, Jane hit back at accusations she was flouting Covid rules saying: “Can everyone stop with the Dubai abuse. I’m over here now won’t be returning.

“I also can’t see my mum I had to move out before I left as she was high risk. 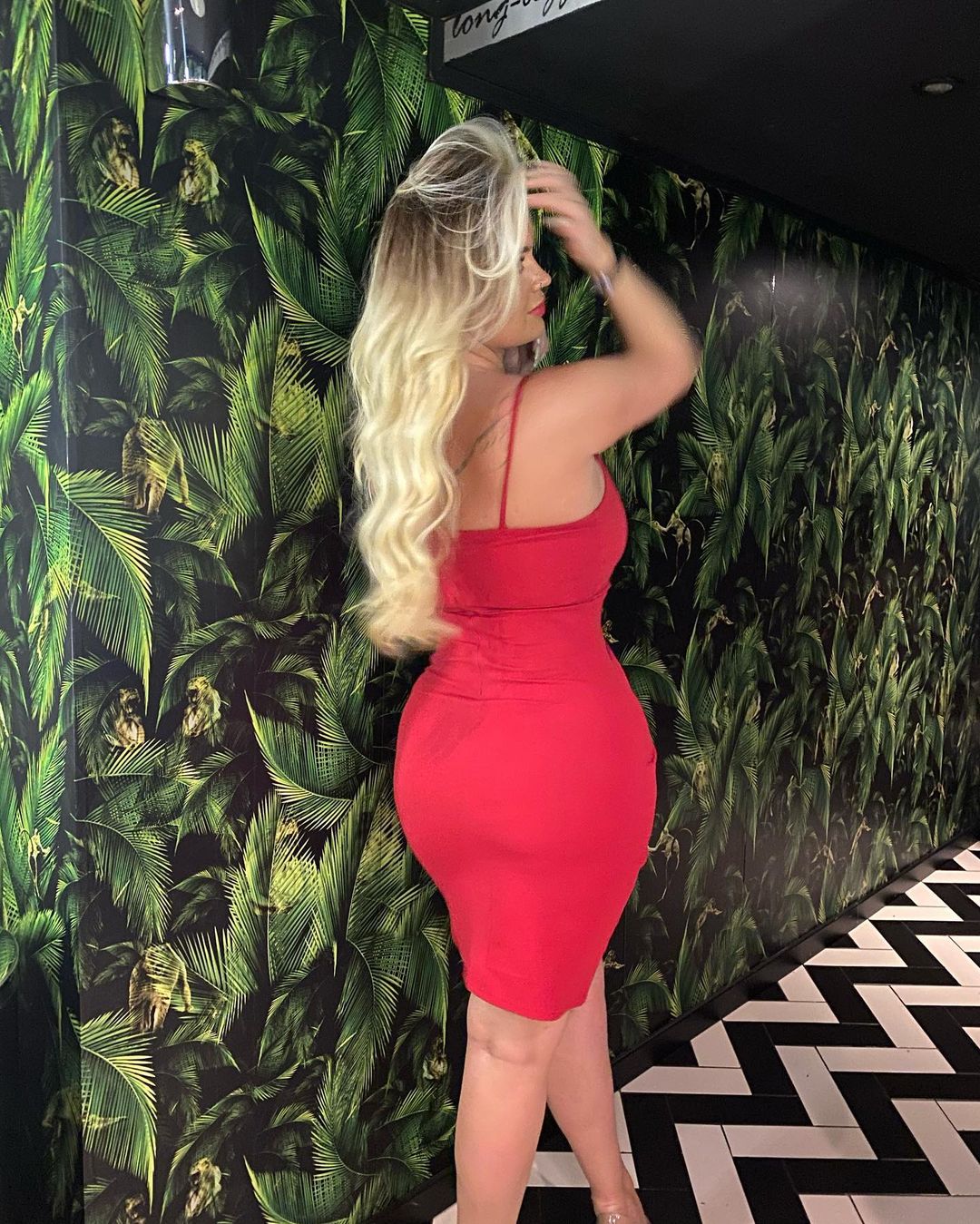 “It’s safer for me to be here than UK and I’m following the rules here. If Dubai was to go into lockdown then I’d be in one too.

“I’m sick of message requests saying I’m selfish etc when all I’ve done is move somewhere to better my life and try and make 2021 more positive than 2020.”

Jane went on to explain her reasons for being in Dubai further.

And she told how she is not out there to party but is instead “business focused”. 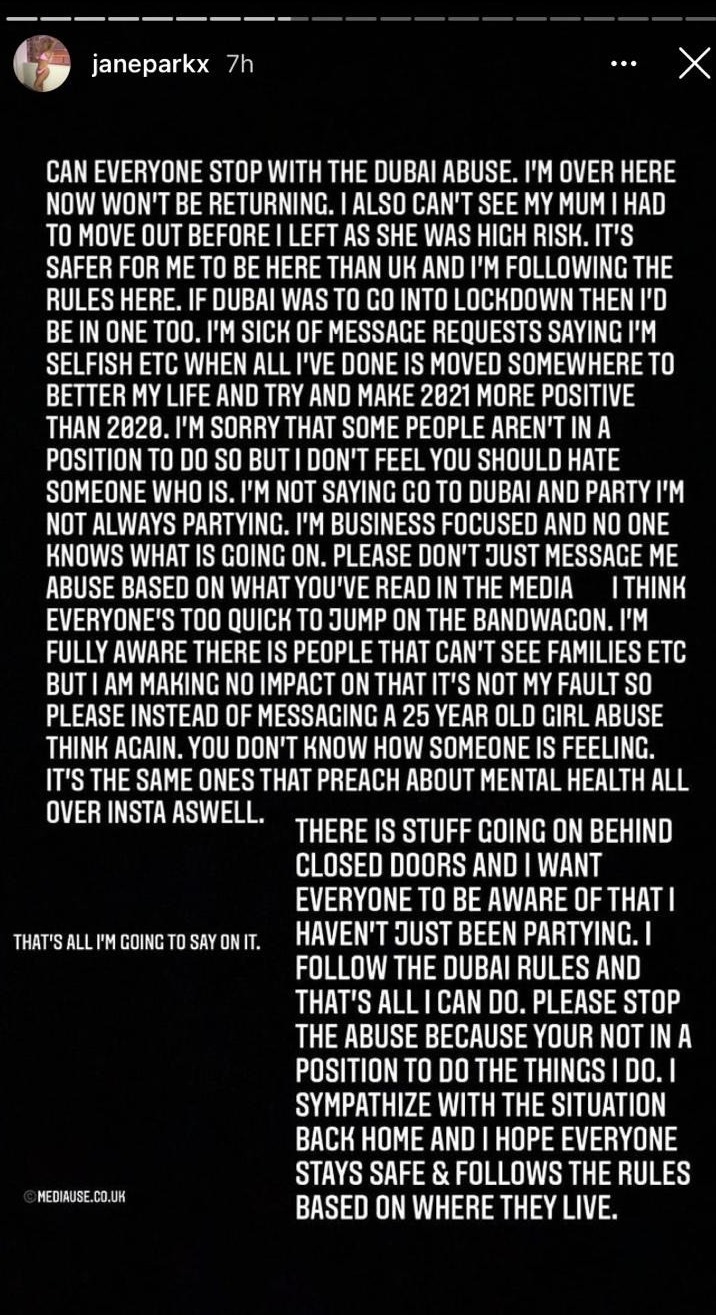 Jane said: “I’m fully aware there is people that can’t see families etc but I am making no impact on that it’s not my fault so please instead of messaging a 25-year-old girl abuse think again.”

The lottery winner also said she sympathised with people being stuck in lockdown back home and urged people to be kinder.

She added: “There is stuff going on behind closed doors and I want everyone to be aware of that I haven’t just been partying. I follow the Dubai rules and that’s all I can do.

I haven’t just been partying.

“Please stop the abuse because you’re not in a position to do the things I do. I sympathise with the situation back home and I hope everyone stays safe & follows the rules based on where they live.”

The Scottish Government announced this week that travellers arriving back in Scotland from Dubai would have to isolate for 10 days.

Scots who have returned from Dubai since January 3 have also been ordered to isolate.

Previously Emily Clarkson slammed Jane – and said she should 'get some ambition'.

And Jane once confessed to putting a TRACER on her man's car – read more here.Play Video