If there’s an ideal balance between style, simplicity and sustainability, Fikile Sokhulu wants to strike it.

The 25-year-old designer, hard at work from her home base on the south coast of Durban, is preparing to show a new collection next month during Milan Fashion Week as part of the Fashion Bridges initiative. The program, a long-term partnership between Italy and South Africa, is designed to support young fashion talent and cultural exchange.

Though there’s little detail Sokhulu can divulge now, the collection — which will also feature at South Africa Fashion Week in Johannesburg in October — tells a story of human connections, something largely lost amid pandemic life.

Her recent designs and the stories that have informed them have, in some ways, followed the arch of the pandemic. The collection Sokhulu showed at SA Fashion Week as part of the New Talent Search category in April, dubbed “Willow,” tapped into the tree’s ability to bend and survive in the midst of a storm, something she as a designer had to do over the last 18 months, too.

Creating prints for the collection from her own art, incorporating motifs of the willow tree, koi fish positioned as yin and yang, and South Africa’s national flower, the protea, Sokhulu melds meaning with the femininity and movement she infuses into her designs.

“I like movement in a garment which is why…there’s gathering, so when you move there’s enough fabric to create motion,” she said. “I love feminine silhouettes, so something that’s very freeing.”

When it comes to sourcing fabric, Sokhulu keeps sustainability and social impact close at hand in her decision making, as do many incoming — and increasingly considerate — designers in her Gen Z cohort.

“There’s a local fabric shop, a really cool fabric shop in my area, they really have the best cotton,” she said.

Cotton accounts for most of the fabrics in her line because its weight is usually right for the fluidity she’s after and because it’s biodegradable, “which is an advantage for our environment.” Sewing is done locally, too. And while her namesake brand is still in its nascent stages (clients can shop via Instagram or via email), Sokhulu’s aim is to keep things as close to home as she can, even as the business scales.

Part of sustainability, she said, is “when you’re creating a brand and you know exactly who is sourcing the fabric for you, who is sewing for you if you’re sewing from a CMT, and you know who’s making your garments and you know how they’re treated, and you visit the establishment that the clothes are being made in.” Losing sight of that is often where sustainability and worker welfare fall by the wayside.

Endeavoring to avoid that at all costs, Fikile Sokhulu will operate on a slow fashion model with designs meant to last well beyond a season. 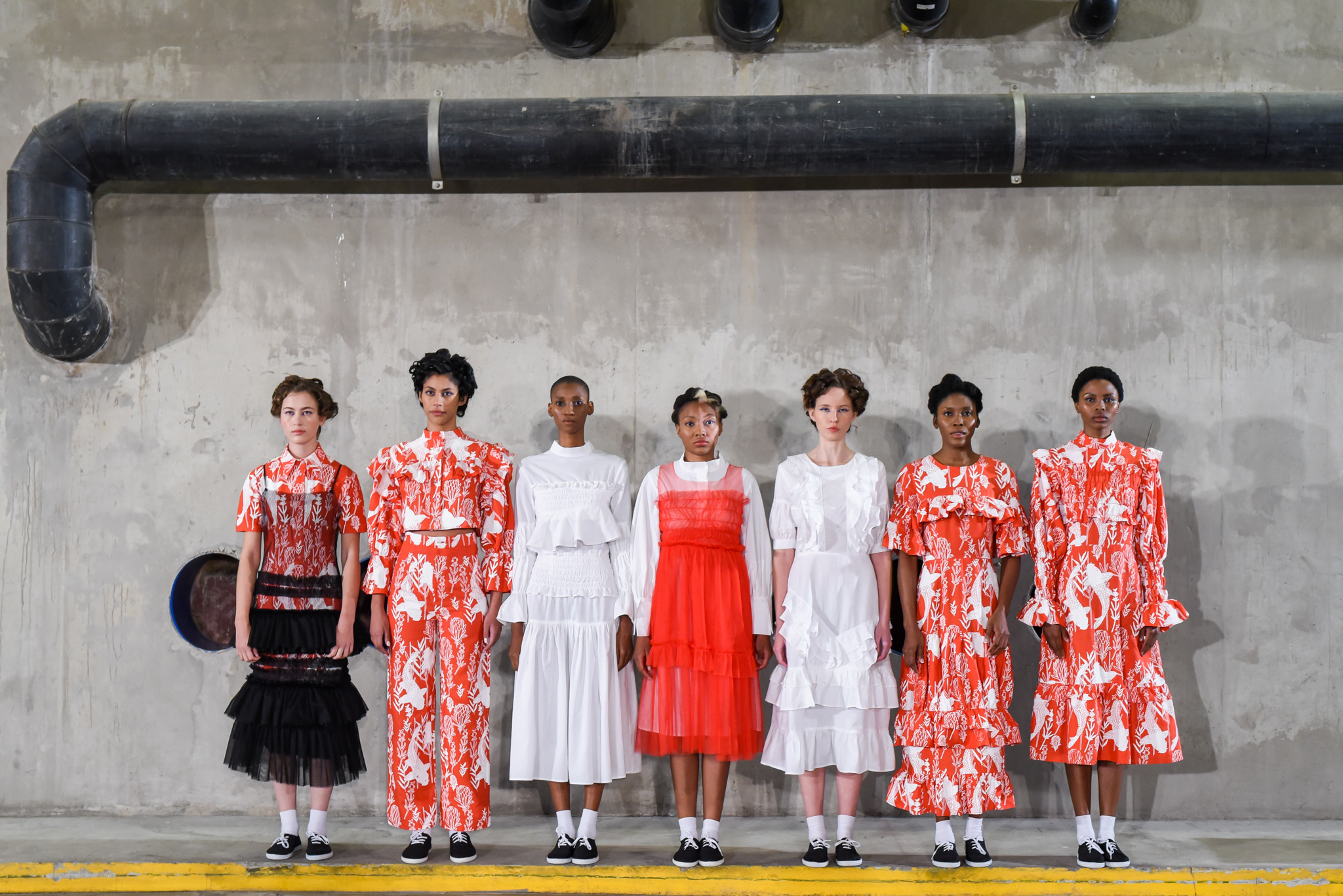 “We’re including all the seasons when we’re designing, so you can make one collection or two collections per year,” Sokhulu said. “The idea is moving toward creating collections that are trans-seasonal, so you don’t have to buy something new for September or January.”

There is no shortage of South African designers gaining global recognition as each marries their own art of storytelling with products that are adding excitement — and social consciousness — to the market.

Among them are Thebe Magugu, who showed his first full men’s collection at Pitti Uomo in July as the guest designer of the show’s 100th edition; Sindiso Khumalo, who in October was named Green Carpet Fashion Awards’ “Best Independent Designer,” and recently partnered with Net-a-porter to sell her debut collection; Rich Mnisi, owner of the eponymous contemporary brand aiming to “unearth Africa’s hidden treasures,” and Lukhanyo Mdingi, who’s a current finalist for the LVMH Prize for Young Designers, which will name a winner early in September.

The global fashion landscape, according to Mdingi, is finally paying keener attention to what was already going on in South Africa.

“For the longest time, there has always been a wave of designers coming from our country with their own unique narratives and signature styles, what has unfolded within the world particularly within the design and art industry is that there is a shift and curiosity that is being paid attention to — perhaps a renaissance of some sort,” the designer told WWD. “Watching how everything has unfolded with the rise of distinct and rich stories that have been told by each storyteller has been a remarkable thing to witness.”

That renaissance, if you ask Sokhulu, is bringing African tradition further into mainstream fashion’s fold.

“It’s really interesting because these brands are really rooted in the African original story, it’s really African, it’s really traditionally inspired, with African prints, the graphics, the type of looks that they include — it’s very African and it’s very inspiring because they’re staying true to their story, to whom they are and then making it in very big scale. So it also proves that there’s room for us, for an African brand in a big market,” she said.

“I think that most creative industries are paying attention more now to Africa, even with music, you see more people are going global, it’s very African, it’s not Westernized at all….It’s like Africa is coming out to the world and it’s not dressed up to be something else.”