A WOMAN spends up to £200 per outfit replicating Meghan Markle's best looks.

Helen Terrero-Black, 39, revealed that copying the Duchess of Sussex's wardrobe gave her a confidence boost when she returned to work after having a baby. 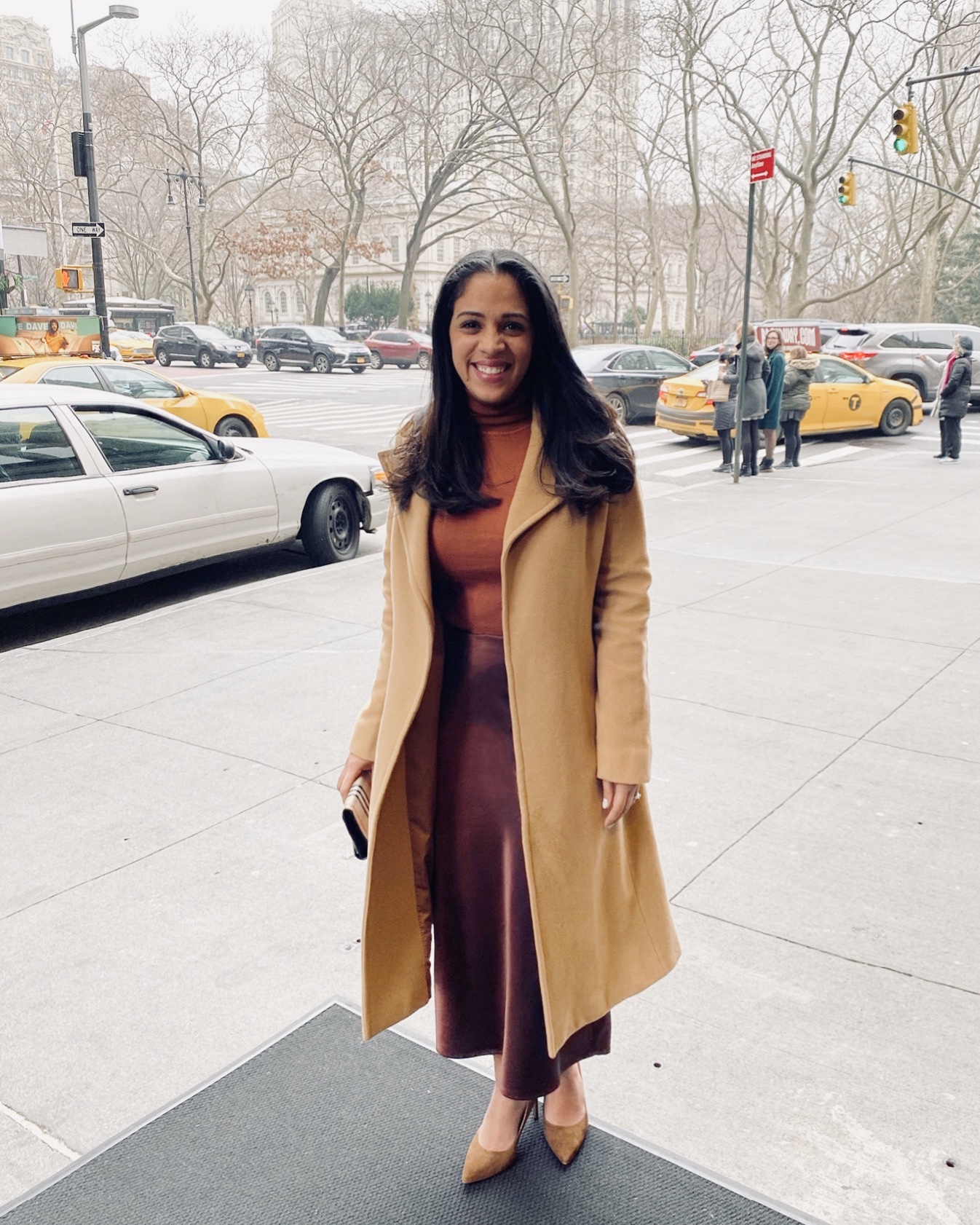 The royal fan from New York first began taking inspiration from the former Suits actress when she stepped out for a visit to Birkenhead last year in a colour-clashing red Sentaler coat and purple dress from Babaton by Aritizia.

Helen, who had just returned to work after giving birth to son Xavier, now two,re-created the ensemble and received lots of compliments from colleagues.

Since then, she been hooked on copying Meghan’s fashion choices and has replicated 20 outfits, spending between up to £194 ($250) per look depending on what she already has in her wardrobe.

The mum always shops in the sales and rarely pays full price unless the item is very special. 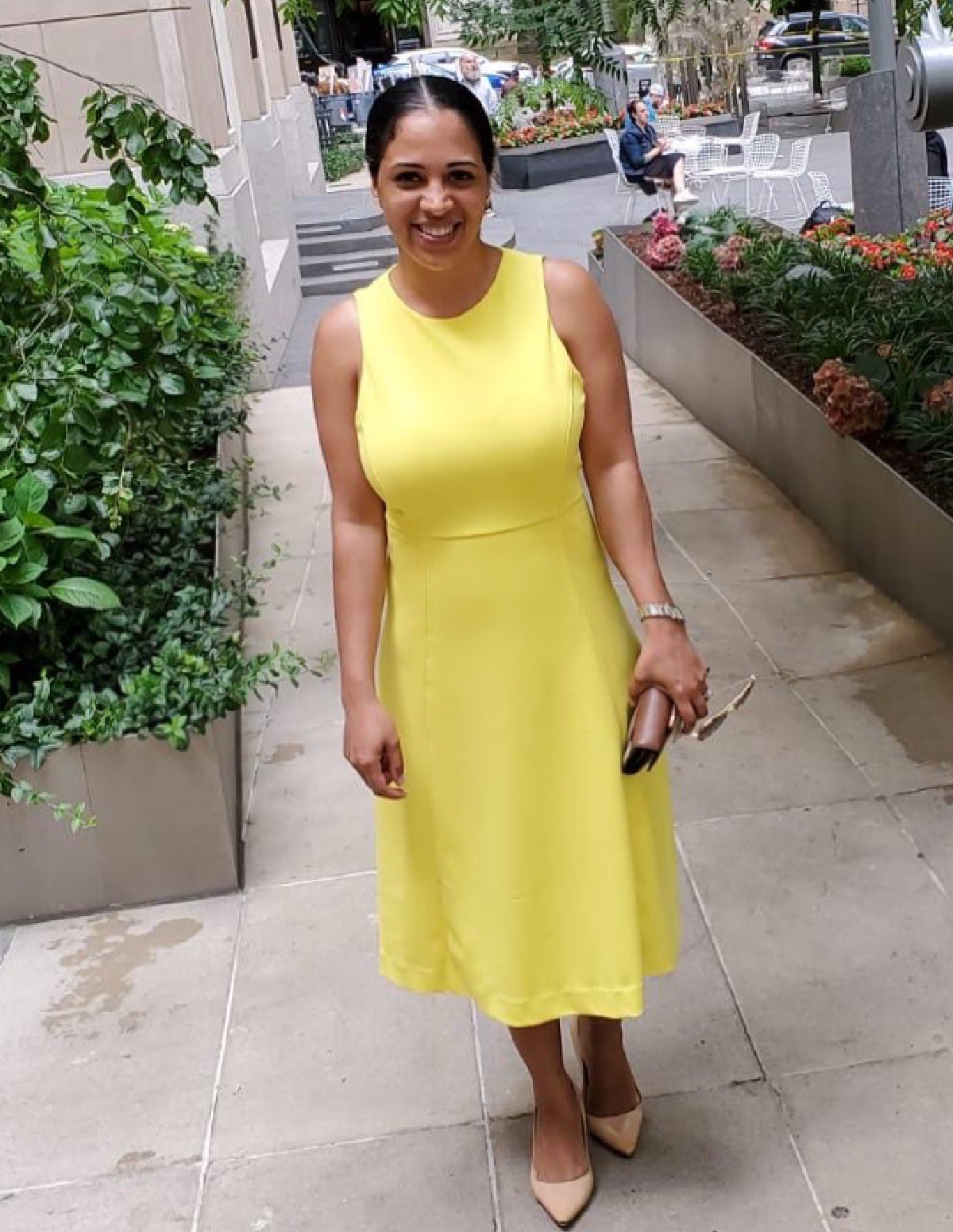 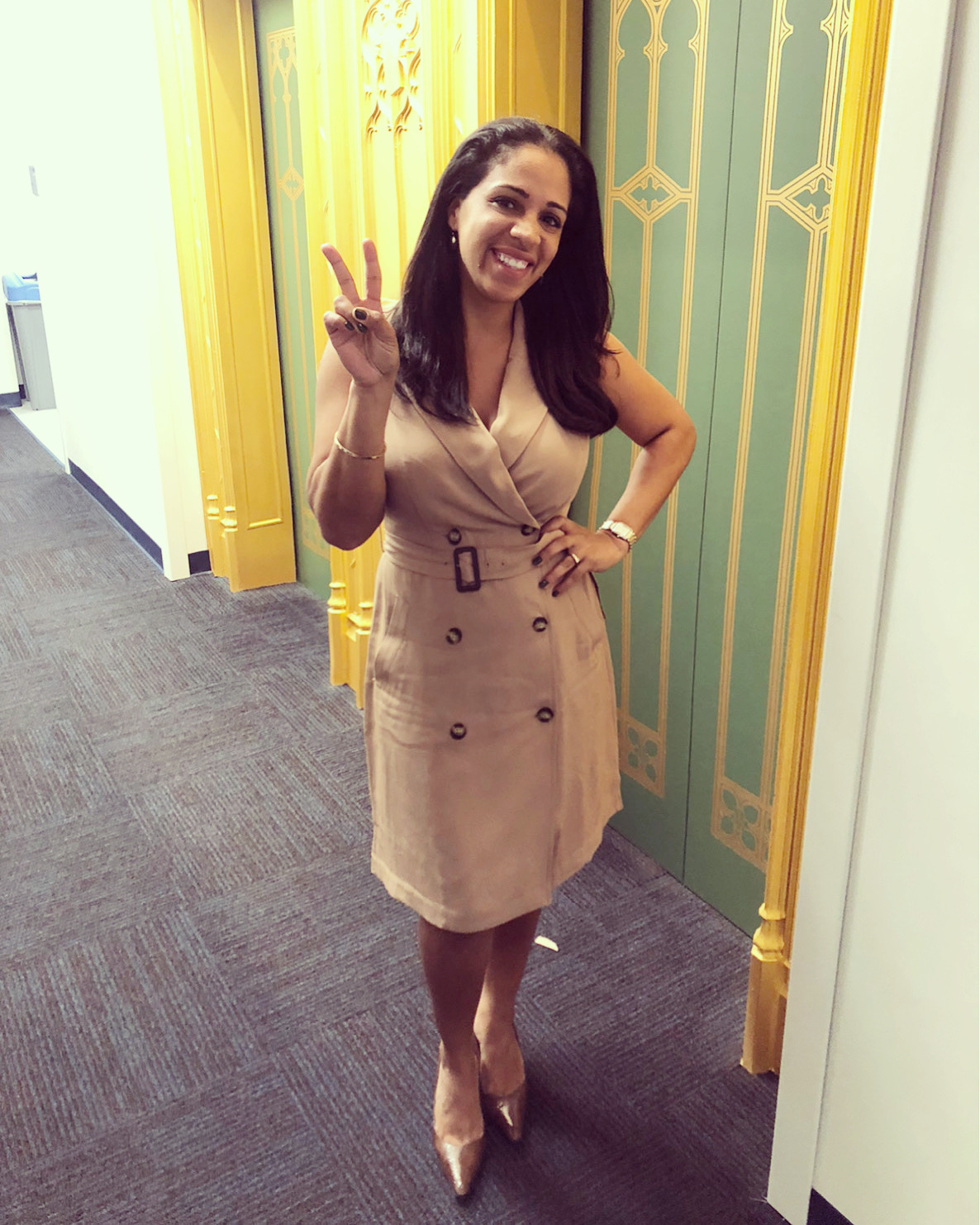 Helen says that following the duchess’ style for the office helps her feel empowered.

She shares her ingenious Meghan-inspired looks on Instagram and has since connected with a large community of like-minded fashion fans who have become her friends.

“When I learned that Prince Harry and Meghan were dating I started to keep up with them more and even started to follow Prince William and Duchess Kate, whom I now love also,” said Helen.

She continued: "However, when I started mirroring Meghan or ‘repli-meghaning’ I had just recently had my first baby and was just returning to work. Meghan herself was expecting and I just loved her fashion generally. 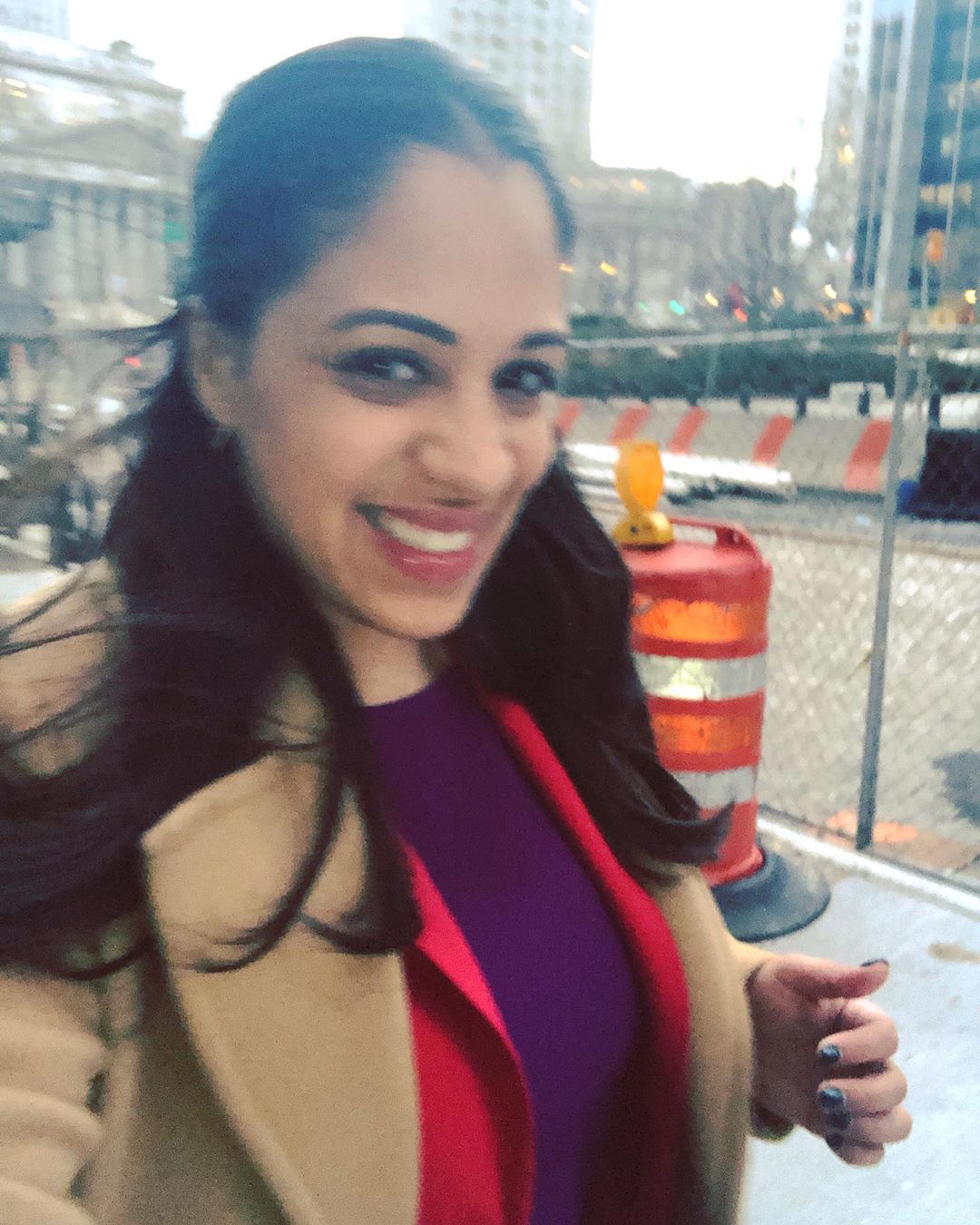 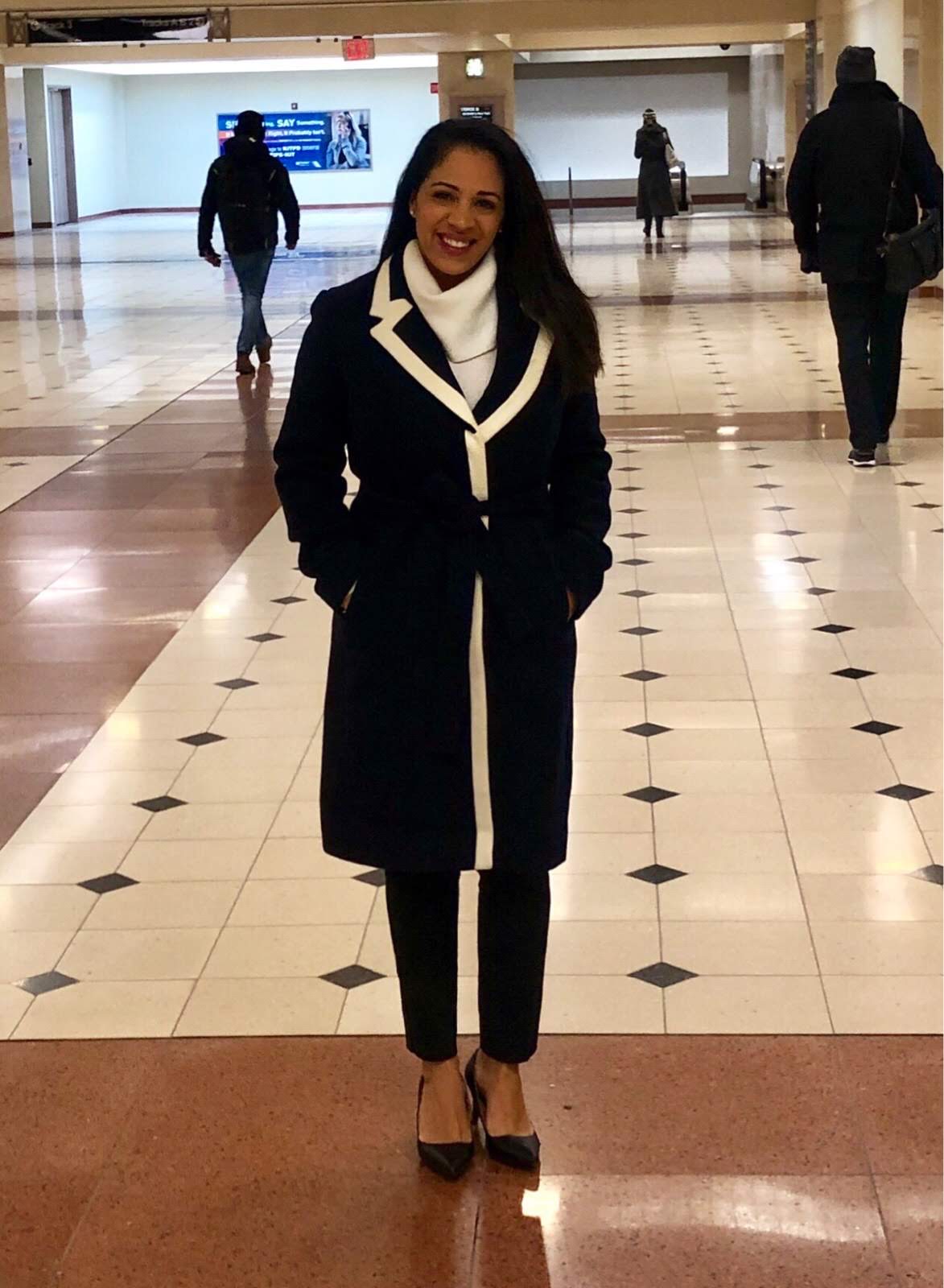 “I really got the idea one day from seeing her in the purple and red outfit she wore while several months pregnant. She looked so classy and confident in those vibrant colours and I noticed I had a couple pieces that if put together could pull off a similar look.

“It was also inspiring to see her working while also looking fabulous and classy especially because although she looked great, I’m sure she didn’t always feel great.

“This is something that a lot of us working professional mums have to do particularly when you’re in an environment where first impressions can be lasting impressions and where aesthetics plays a major part of how we’re perceived—as is the case in law for women.

“I then just decided to go for it. I would have never thought to wear the colours together. I wore a red blazer instead of a red coat and a purple satin dress with a camel coat over it all. It looked great and I got a ton of compliments and I was sort of hooked from then on. 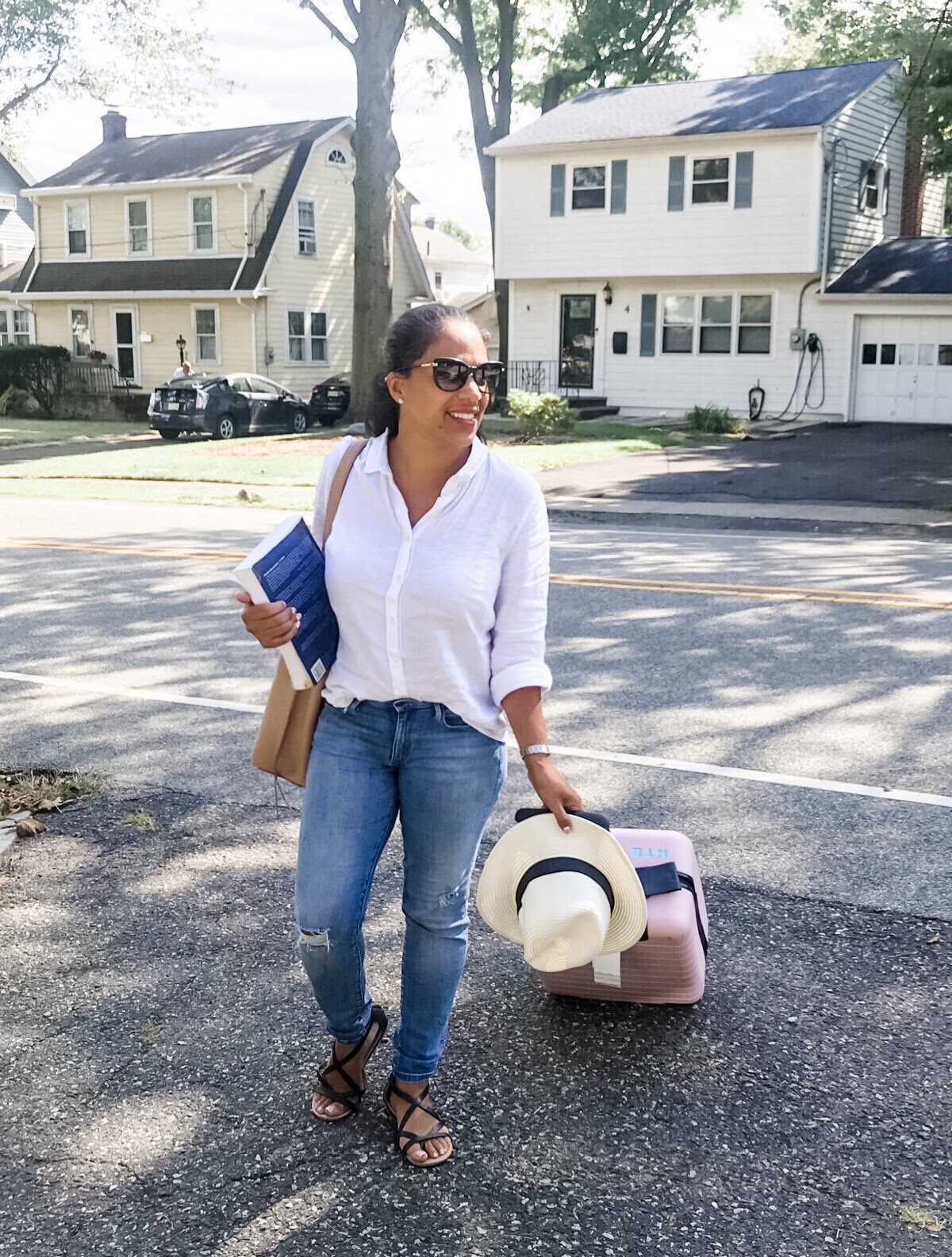 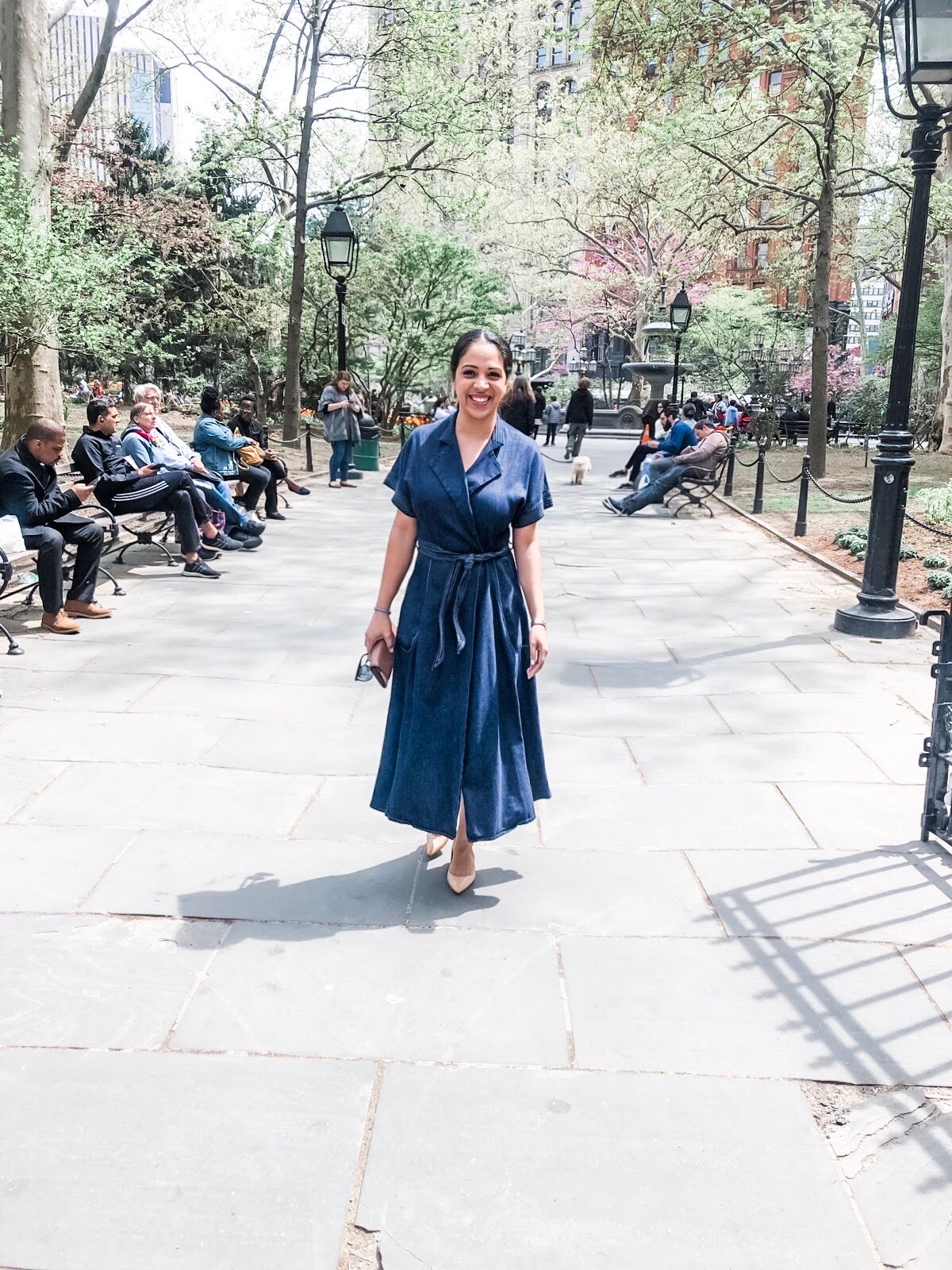 “I was also just coming back from maternity leave and starting a new position so it was a real confidence booster.

“I posted it on Instagram simply because I use it as a mode of expression. I actually thought I was alone in the endeavour until I started hash tagging.

“It was only then—I think after my second repli-Meghan look—that I realised it was an actual thing and there were many people doing the same. Then I felt less weird about it and actually became Insta friends with other mirror Meghan girls.”

The internet is Helen’s go-to when it comes to sourcing her Meghan-inspired outfits and she loves to shop at J. Crew, Club Monaco, Ann Taylor, Banana Republic, Net-a-Porter, Century21 and TJMaxx. 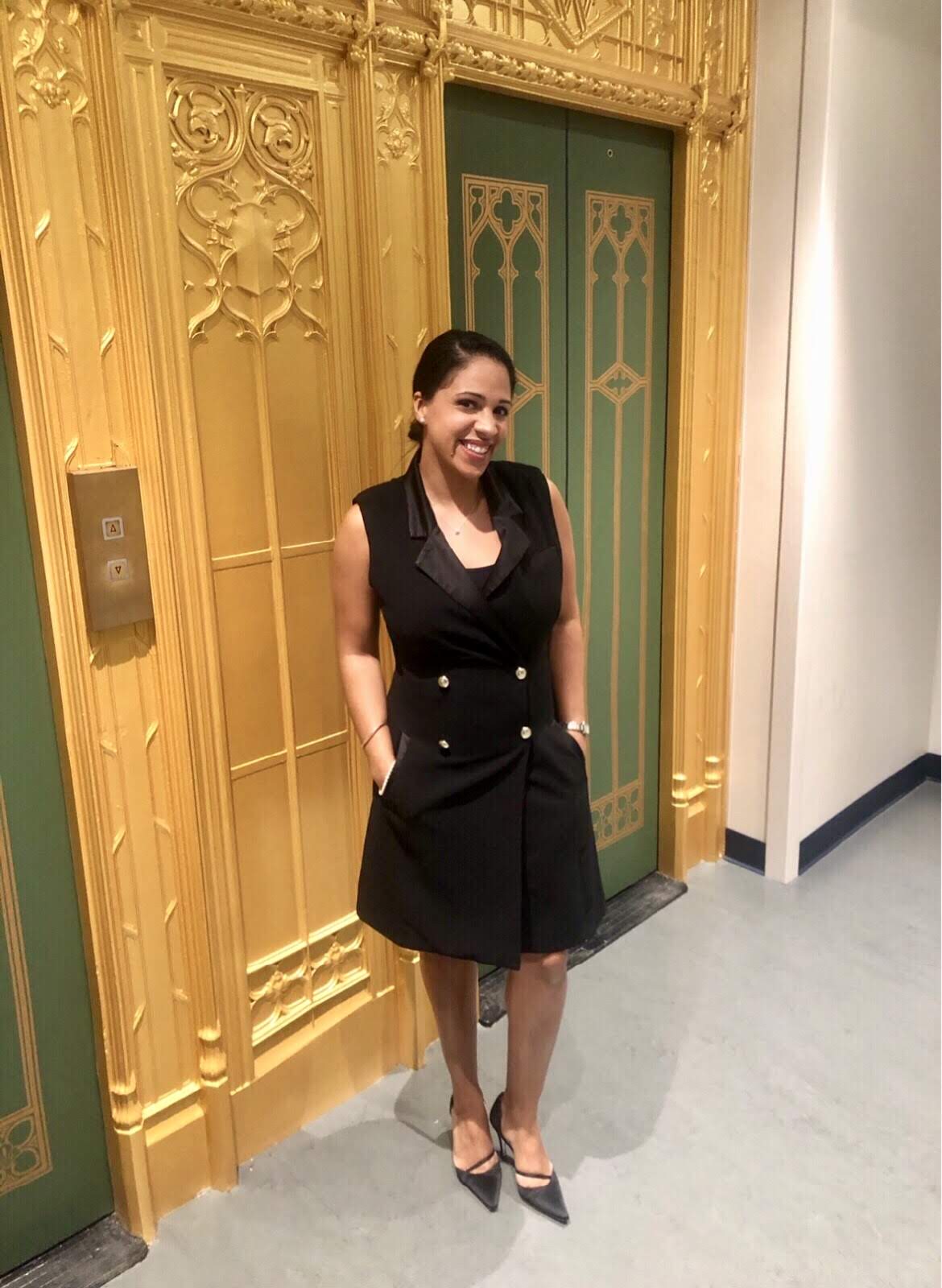 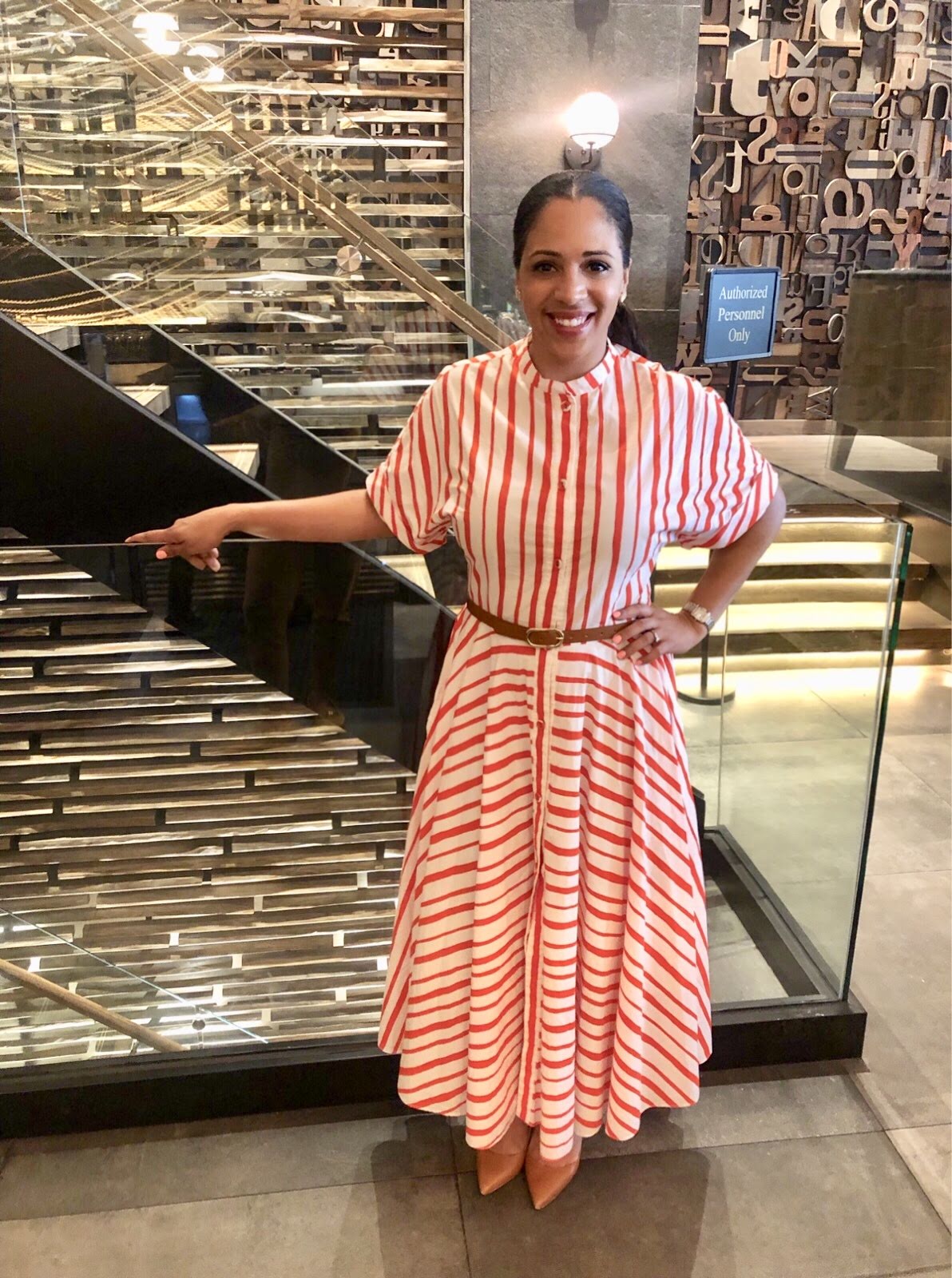 Her favourite semi-casual look worn by the duchess is her Wimbledon 2018 outfit and for formal attire, her 2018 Trooping the Colour look.

The most difficult outfit for Helen to get her hands on is the Banana Republic trench dress Meghan wore on a visit to the University of Johannesburg in October 2019 as it was in high demand.

Helen phoned three different shops before finding it in stock in her size – she says her hobby is a welcome escape from her busy life.

“This was and is something just plain fun for me to do for myself. I love trying to find things in my closet, or things I can shop for, within my budget, that will help me mirror Meghan especially when my day is constantly filled with things to do for work, my son, husband or others,” she said. 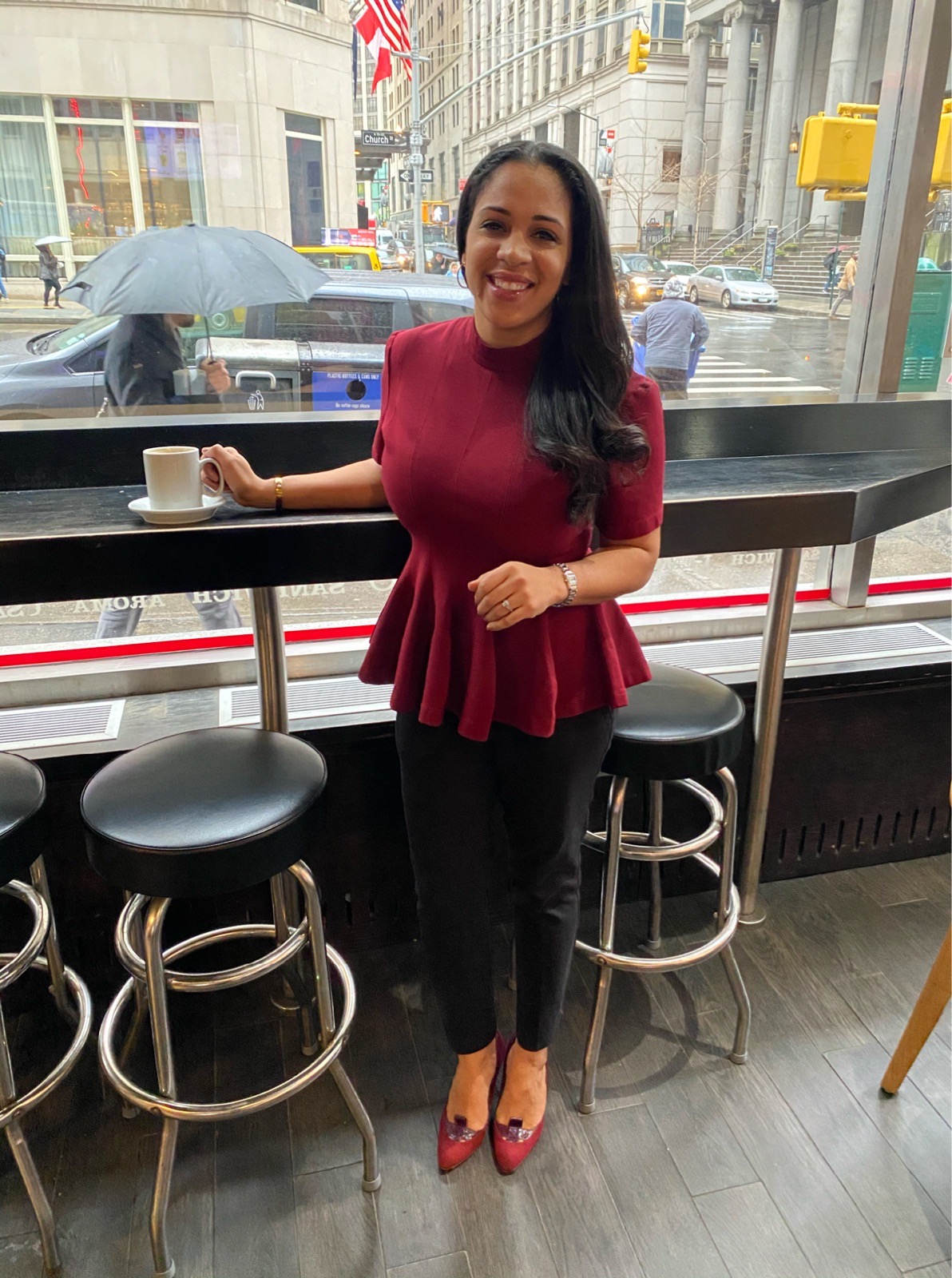 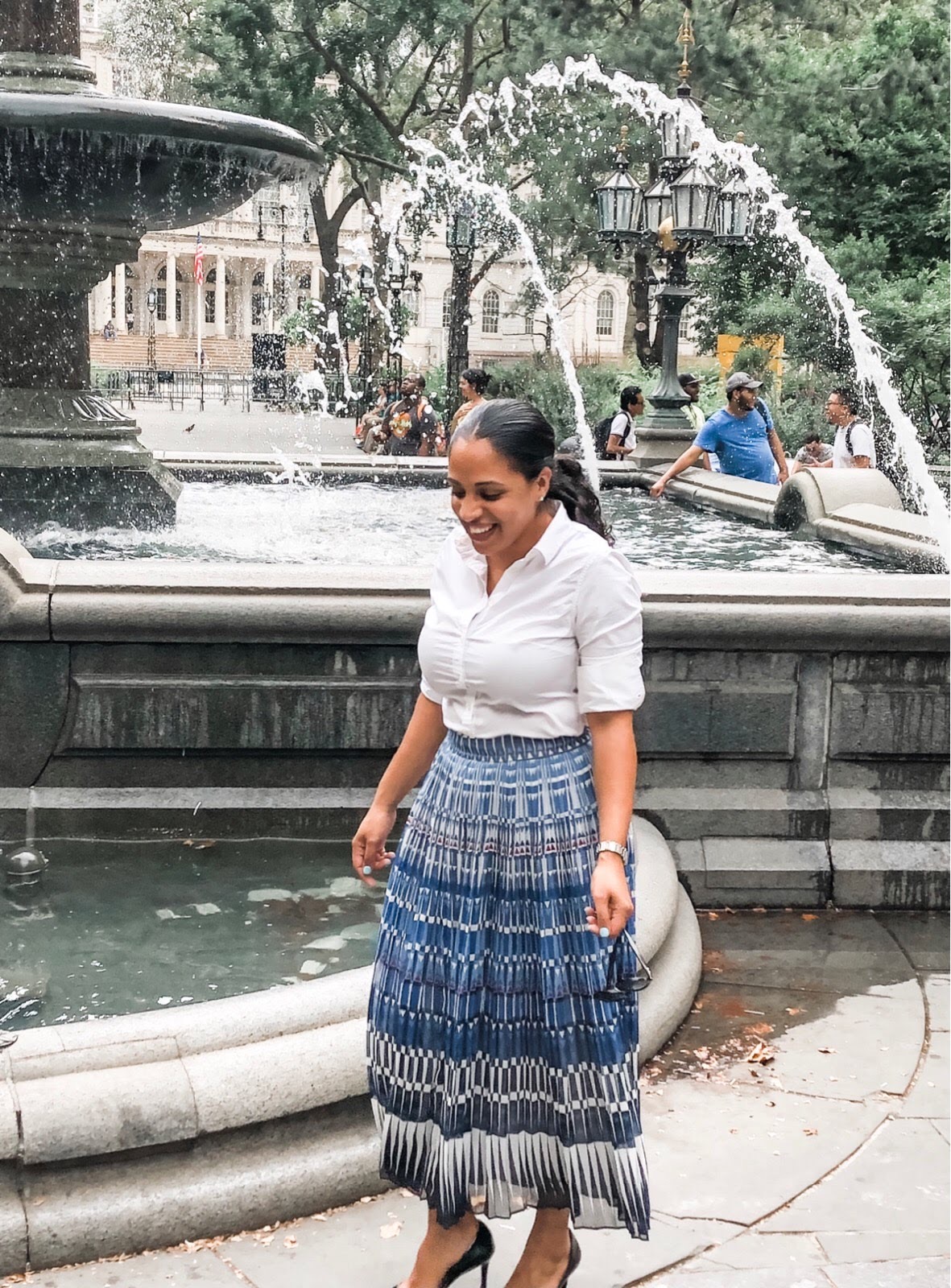 “It’s just something I do for myself and no one else. And, it feels a bit empowering. I know it might sound funny that something as superficial as clothes can make someone feel that way but it does.

“Ralph Lauren also once said, ‘Fashion is not necessarily about labels. It’s not about brands. It’s about something else that comes from within you.’ Which is why I’m okay with doing ‘repli-Meghans’ from clothes that aren’t always exactly the same.

“At the end of the day, how I dress makes me feel confident and Meghan has definitely helped with that. 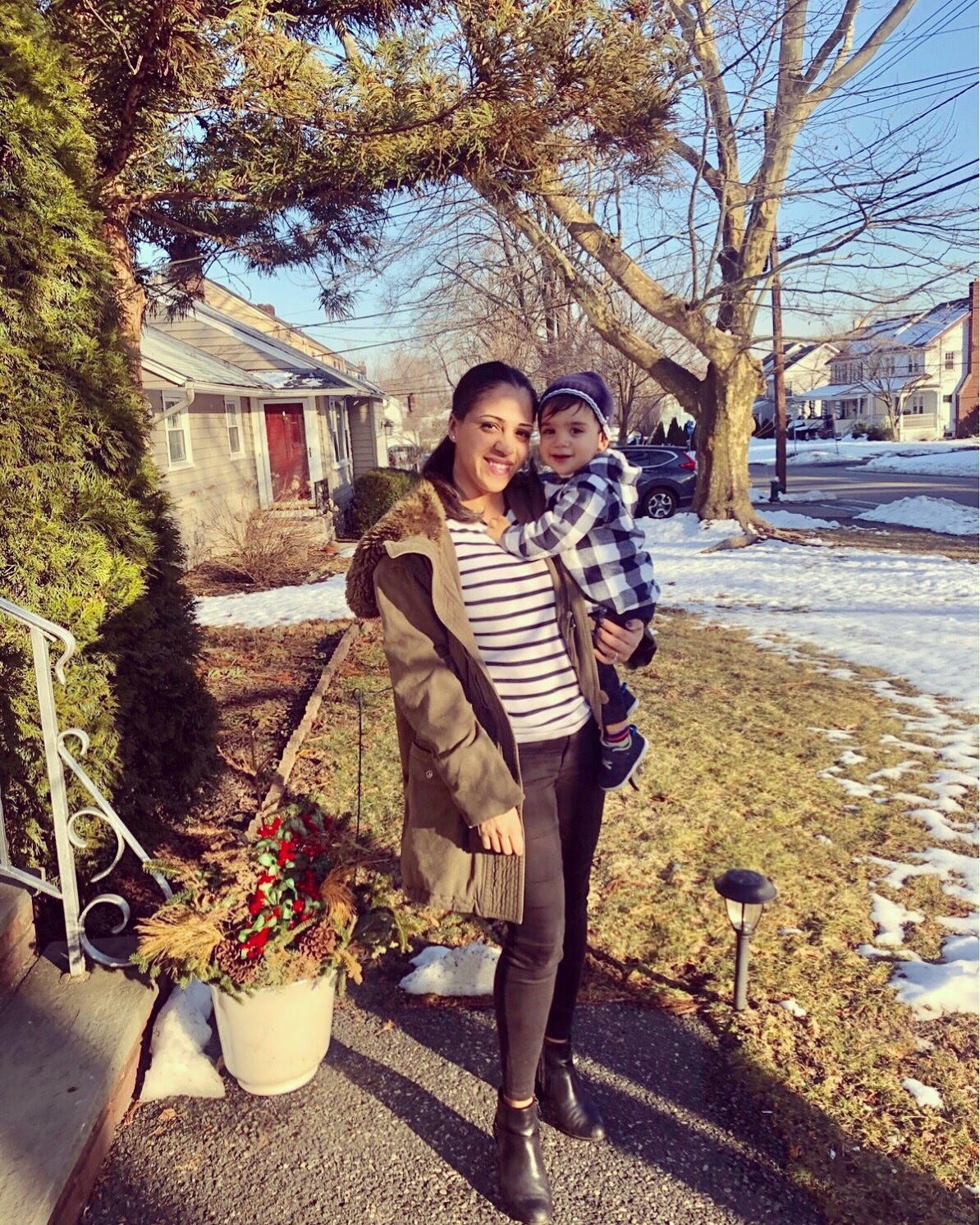 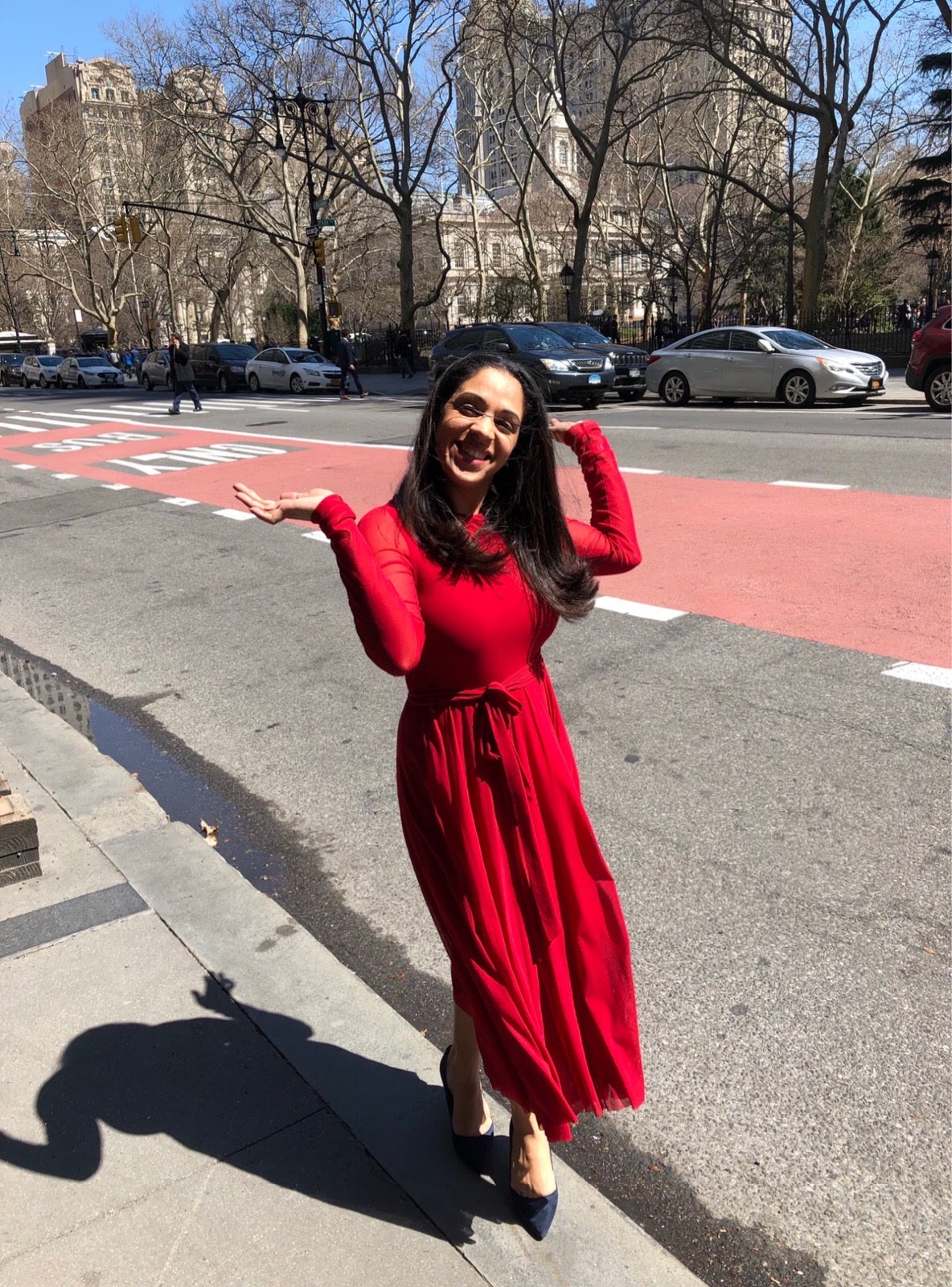 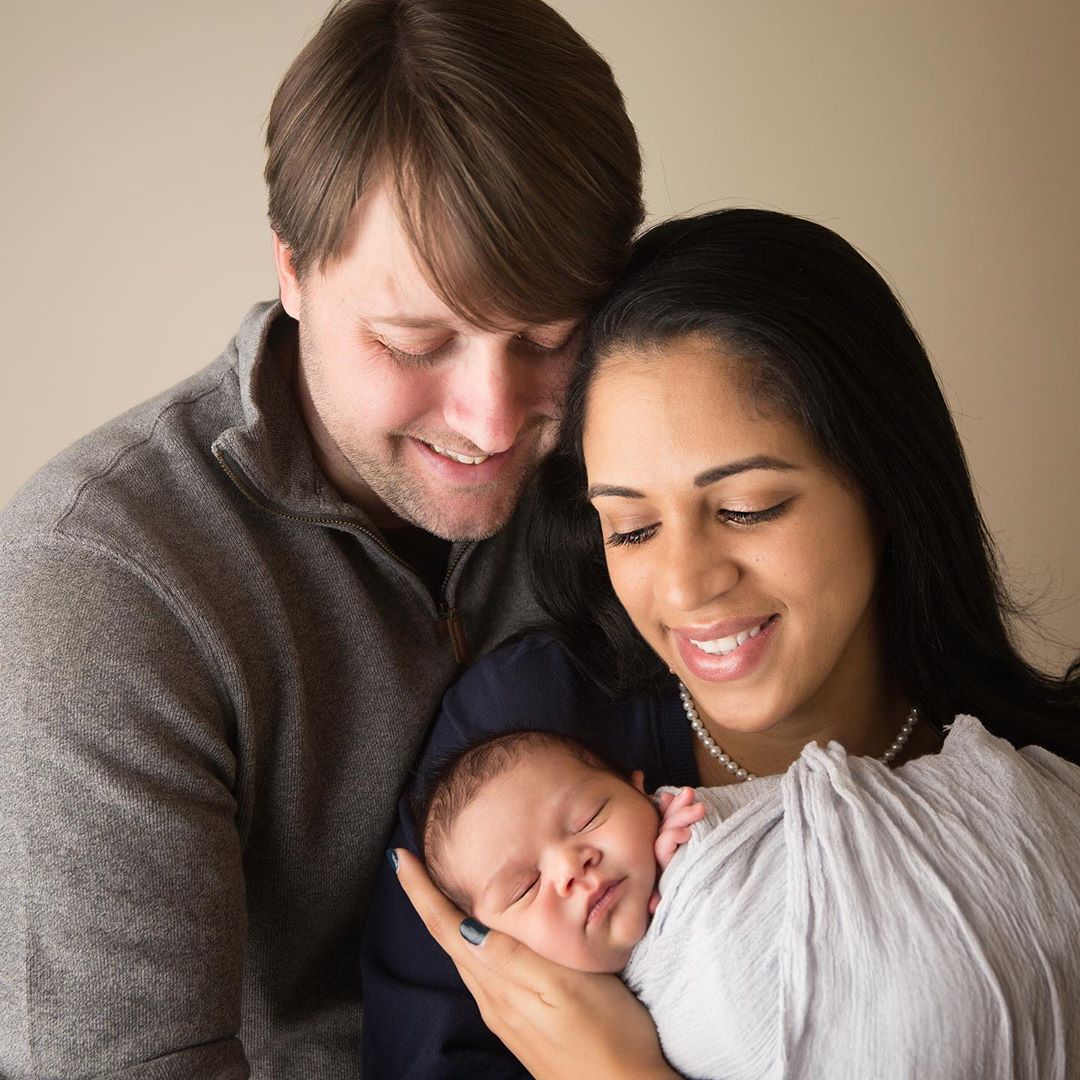 “I could spend anywhere from £0 to £194 depending on the piece. It mainly depends on if I already own everything to pull a look off, or if I purchase the entire outfit like a dress, or just one component to pair with something I already have.

“The Banana Republic trench dress has been the most difficult to get hold of. I literally called three different stores, found it in my size on the third try, and then had to trek uptown NYC, I work in lower Manhattan, to buy the dress.

“It was one of her most affordable looks and I really wanted the exact dress but so did a lot of folks. It was not easy."

In other royal news, we told you how Prince Harry has shared a hilarious "text exchange" with Jon Bon Jovi to promote Invictus Games.

We also revealed how the Kate Middleton's favourite white trainers are on sale on Amazon for just £30.

And Michelle Obama was touched when the Queen wore a "bitty" pin she had gifted her.