MANY people know that the first rule of a wedding is you don’t wear white unless you are the bride.

However, one mum-in-law decided to flout the rules entirely, by wearing an ivory, full-length gown that could have been mistaken for being bridal. 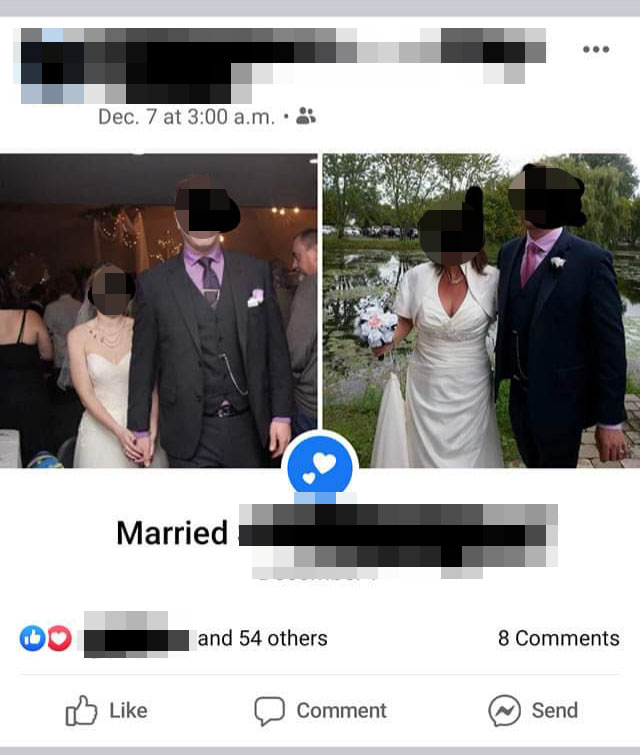 The groom shared wedding pictures on Facebook – and the limelight-stealing mum has been slammed for looking “tacky”.

To make matters worse, the groom decided to make a photo of him and his bridal-looking mum as his profile picture over the one with his bride.

One Reddit user screenshotted the images, and wrote: “Groom(on the right) chose the picture of him and his tacky mom as his profile picture.”

Many people were quick to slam the groom’s mum for her choice of outfit. 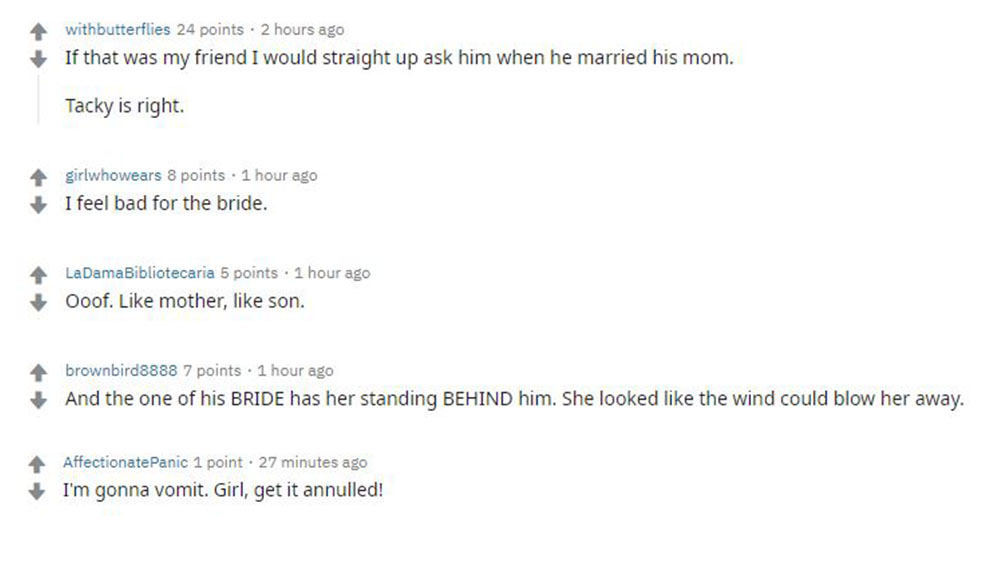 One wrote: “If that was my friend I would straight up ask him when he married his mom. Tacky is right.”

Another added: “I feel bad for the bride”, and one wrote: “White dress AND a bouquet of flowers? Jeez, how can people be so blind to their inappropriate behaviour!”

Meanwhile, another said: “Uhhh just looking at this makes me very uncomfortable."

We shared how a wife issued husband with VERY strict set of rules for his mate’s stag do… including no booze & all phones to be tracked.

For more wedding horror stories, this bride-to-be has been mocked for her black engagement ring which is inspired by her dead pet snake.

And this couple have been slammed for throwing a huge wedding for 300 people – and asking guests to pay off their student loans as a present.