A MUM was left in hysterics after spotting a ‘rude’ detail on her brand new Disney doormat.

TikTok user Michelle F, shared a video of her new purchase where she pointed out the rather unfortunate detail. 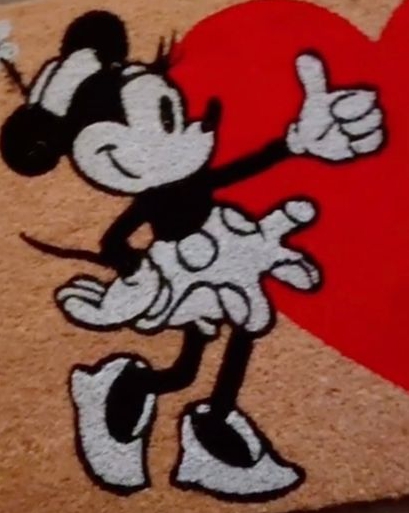 The mat features a black and white vintage Mickey and Minnie Mouse with a love heart sandwiched between the two of them.

Captioning her video, Michelle wrote: “Picked up the cutest mat today and realized when I got home something was ‘up’ with Minnie.”

Michelle is referring to one of the frills on Minnie’s dress that looks rather… er, phallic.

Fellow TikTok users were left in hysterics, with the video receiving almost 10,000 likes and thousands of comments from tickled viewers. 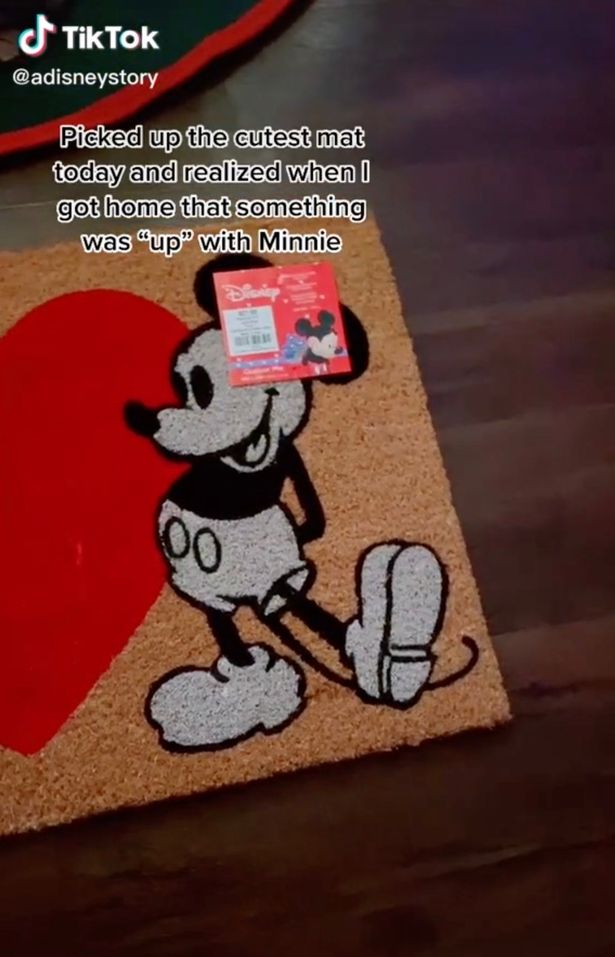 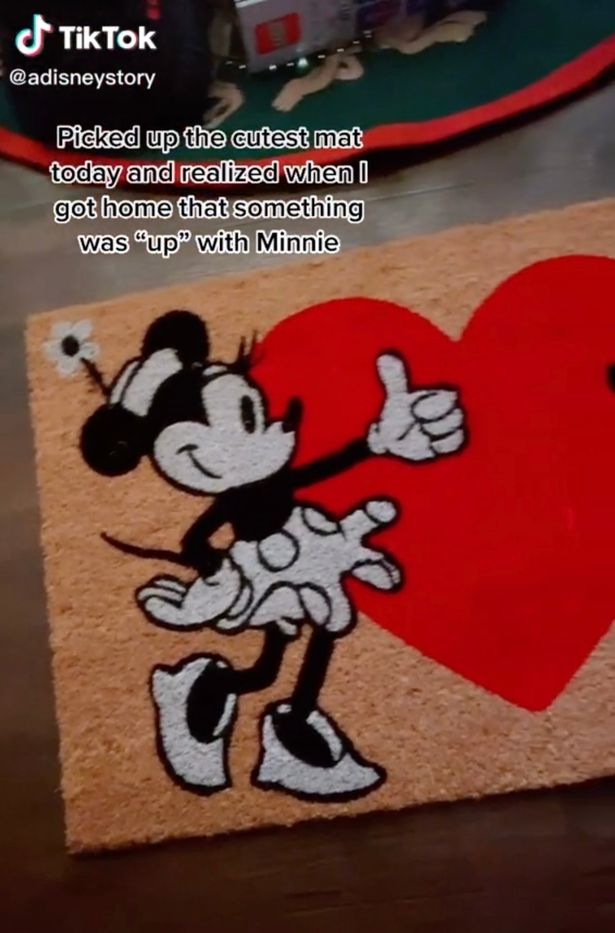 “Aint that supposed to be on him” joked another, while a third added, “THIS IS ON MY PORCH DANGIT.”

Meanwhile others were more concerned about Minnie’s eyelashes.

One commented: “Lol!! I don’t think her eyelashes are on her eyes either.”

“The eyelashes are on her forehead” pointed out a second.

For more shopping fails, this woman revealed how much as size 12 can vary and people are gobsmacked.

And Gucci was mocked for selling £470 glasses that look like Dennis Taylor specs.

Plus ASOS was brutally mocked for its Christmas maternity jumper as shoppers reckon they have a VERY rude secret message.