A MUM of 11 kids has revealed she is desperate to now have a 12th baby, despite squeezing her brood into a snug four-bedroom home. 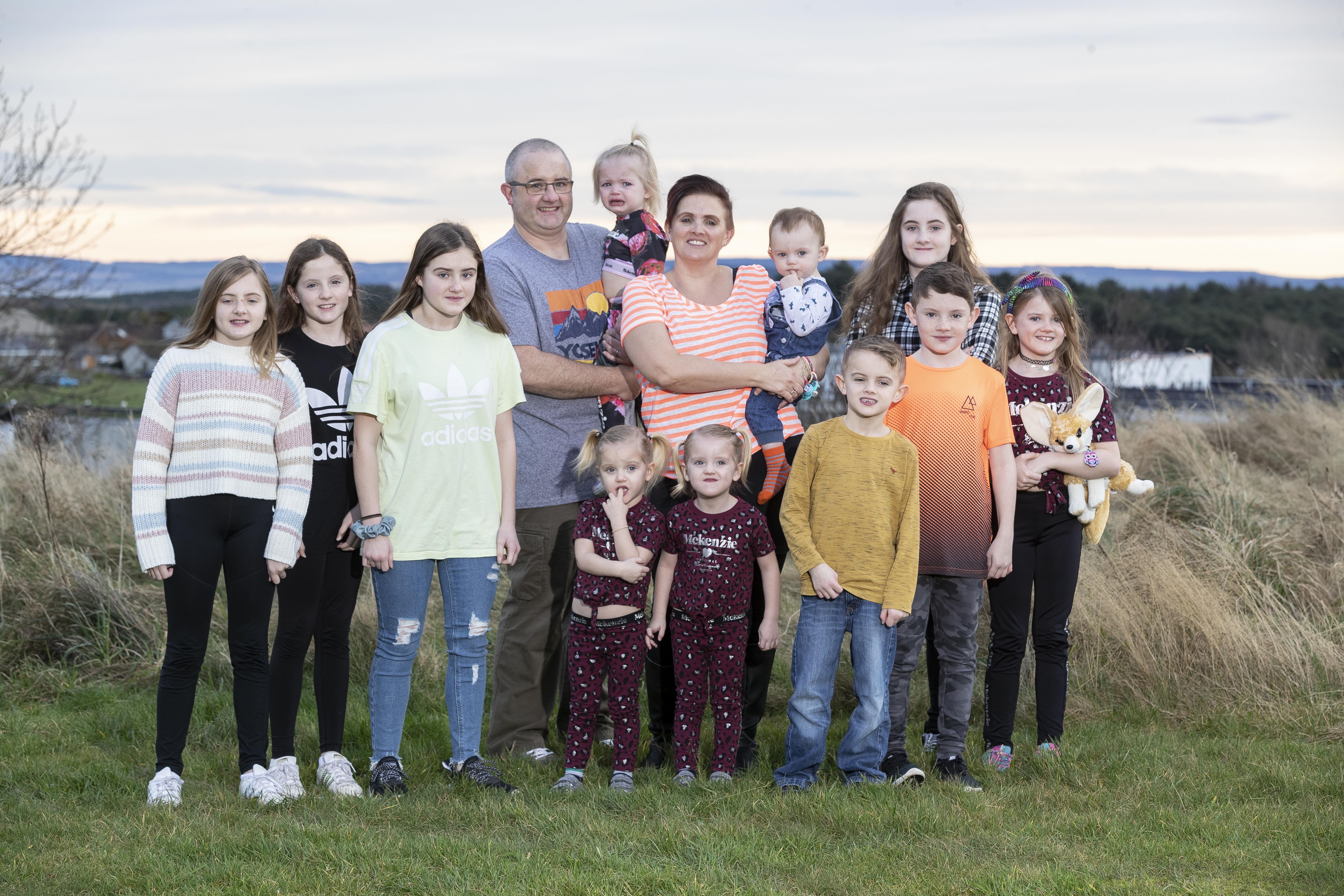 In 5STAR’s Me and My Ten Kids, Zoe can be seen getting emotional as she moves her youngest’s child’s cot out of the room she shares with Ben.

Little Joseph, whose first birthday is celebrated in tonight’s episode, is moved into a bedroom to share with his two brothers.

The family-of-13 live in a snug four-bedroom home in the north of Scotland, and certainly don’t have a lot of space to work with.

The parents have their own room, and the three other bedrooms are divided up between Elisabeth, 14, Olivia, 13, and twins Charlotte and Isabelle, 11, Eva, eight, twins Leah and Erin, three, Agnes, two, and sons Noah, ten, Toby, six, and now Joseph. 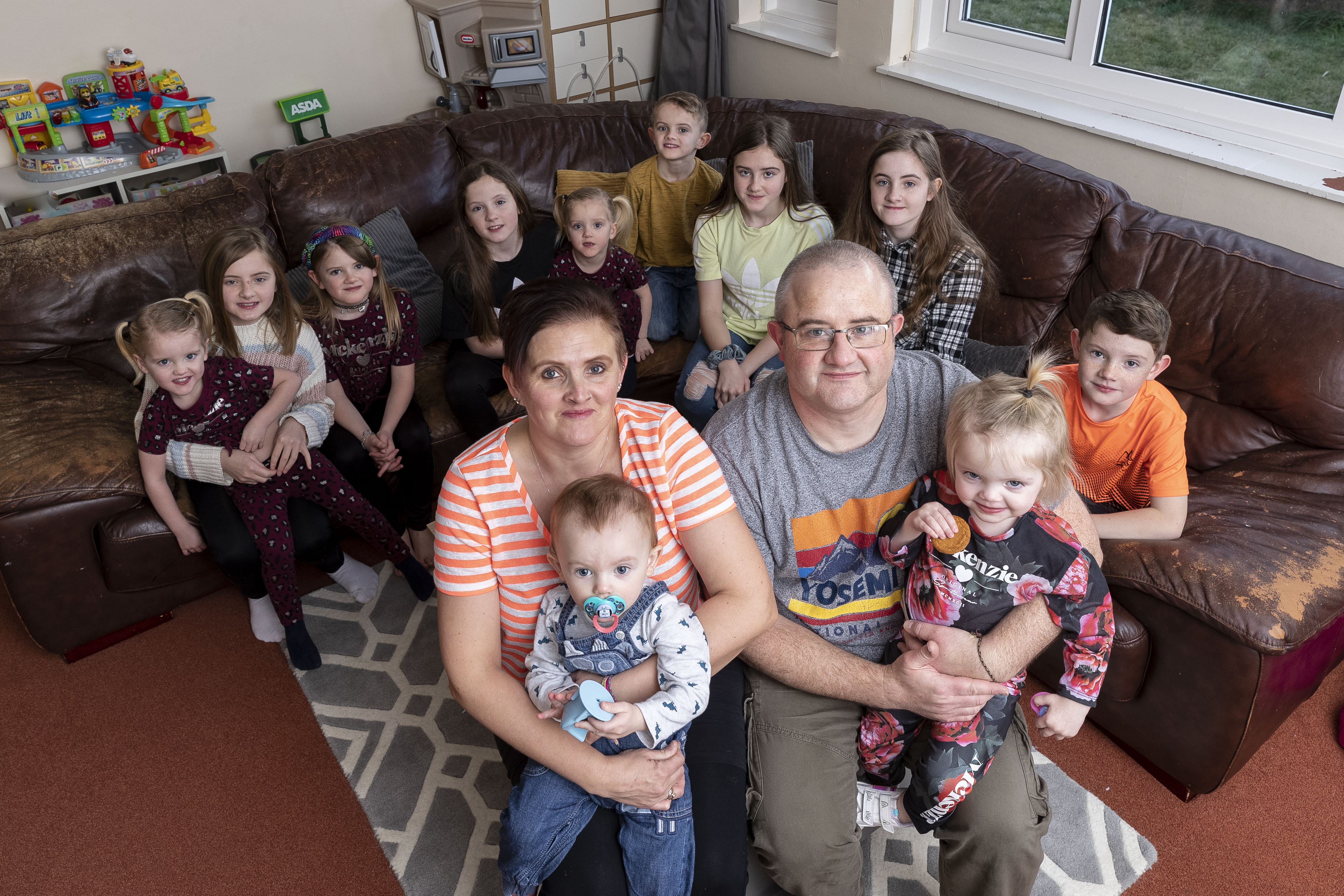 “I suppose you could say we are quite chocablock here.”

In the show, Zoe looks sad as she gazes at the space where Joseph’s cot stood in her room, and said: “It is going to be strange without a baby in here but hopefully the space should be filled fairly soon.”

RAF aircraft engineer Ben added: “We are making kind of plans to have another baby.”

Essentially we love it, and we love having all the children. Why wouldn’t you want to have another one?

Between them, their family eats over £280 of groceries each week, including three loaves, four litres of milk and a box of cereal a day.

And the exhausted parents follow a strict routine from the moment their 17-hour day begins at 4.45am.

Zoe gets up for a shower as soon as the alarm sounds, then pops the first of the day’s three loads of washing into the machine and starts making packed lunches.

But that doesn’t stop Ben and Zoe wanting to add another baby to their brood, with Zoe gushing: “We’d love it. It’s our life, it’s who we are. They are our everything.”

Ben said: “I mean there’s up and there’s downs. It is busy, we don’t always get it right.

“Essentially we love it, and we love having all the children. Why wouldn’t you want to have another one?” 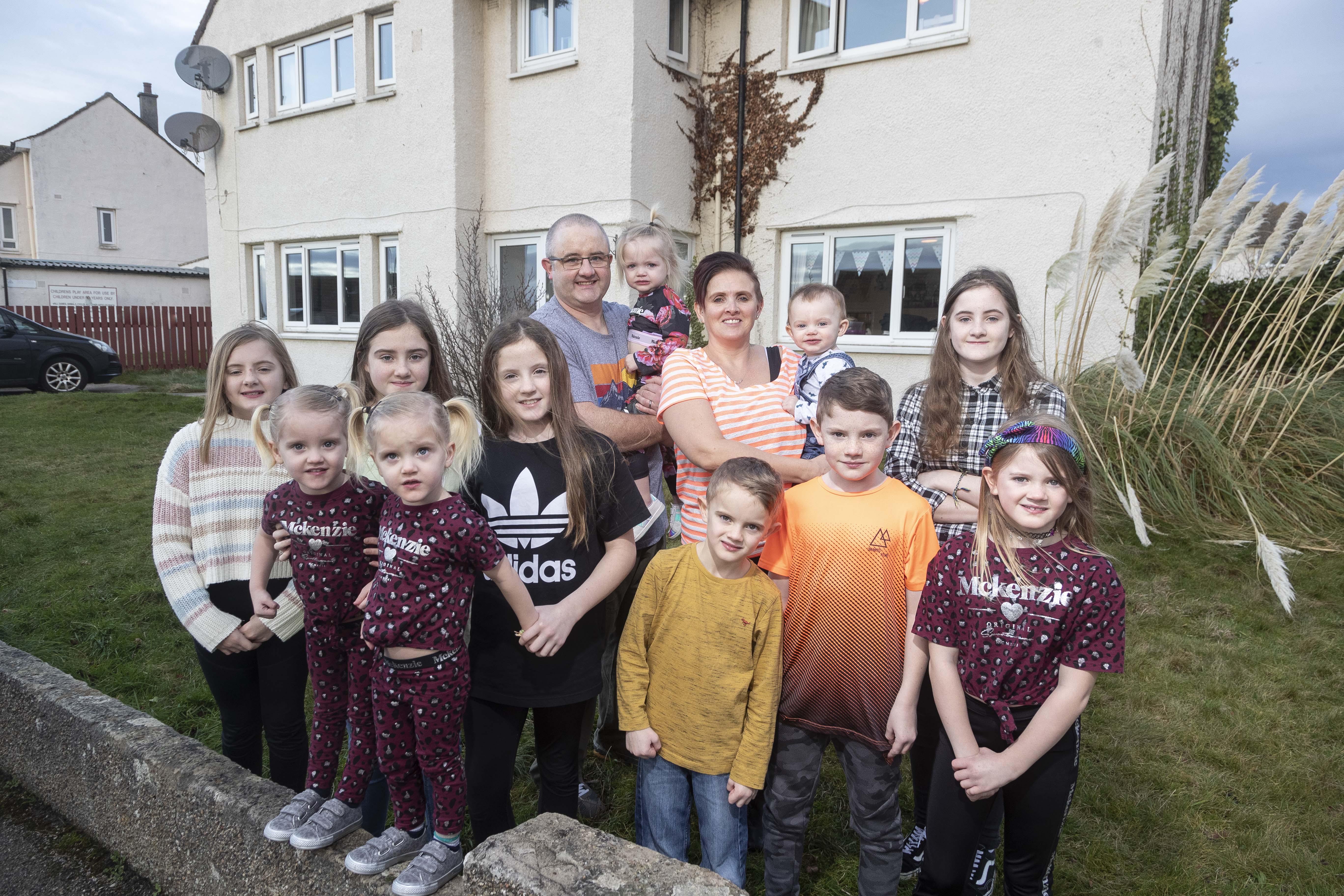 When it comes to celebrating the children’s birthdays, planning a party can certainly be stressful.

This is particularly the case for dad Ben, who admitted that he doesn’t remember all of his 11 kids’ birthday dates.

On the show, the family bravely embark on a birthday meal out for youngest Joseph at a nearby restaurant.

After piling the kids into their two cars after 30 minutes of getting their shoes on, the parents say getting their children to sit still at a dinner table is a struggle.

Ben said: “If we take the kids out for a meal, the dream is that it all goes quite smoothly and everyone behaves themselves, but it doesn’t always go to plan.

“Someone always knocks over a drink.

Ben added: “It’s just like seriously, can you not just sit down and eat your meal without going to the toilet 50 times.

“You try to not get stressed, but sometimes you just can’t help it.”

Packs of pre-cooked ham and

21-pack of washing up tablets

Usually at home Ben helps prepare breakfast before Zoe gets the girls preened and ready for school.

Zoe grabs a couple of hours with Joseph and Agnes while her older children are in class, before the school run and homework begins.

Zoe — who tops up on food supplies at her local shop — is always looking for ways to save cash.

She vacuum packs the older kids’ clobber and stores it away for her younger offspring, as well as making sure they share their toys.

The parents, originally from Cornwall, don’t eat until 8pm or 9pm and usually turn in at 10pm.

We shared how a mum-of-eight is often left in tears by her ‘manic’ kids reveals she is having her NINTH child as she just ‘loves babies’.

And Britain’s biggest family the Radfords learn child number 22 is going to be their 11th girl.

And mum-of-21 Sue Radford revealed her ‘crazy’ summer holiday – with £350-a-week food bills and three hours of tidying EVERY night.