A MUM has shared her painstaking house renovation, and it looks so good people have asked whether she knocked it down and bought a new one.

Joanne Lewis from Kent said she once owned the ‘ugliest house on the street’, but after three years and a few extensions, she’s turned it into her dream home. 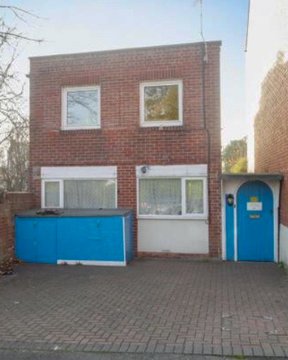 The mum-of-two and her partner bought their forever home by the sea back in 2017, but admitted it was “upside down”, with the bedrooms and bathroom on the ground floor, while the kitchen and living room was on the second floor.

The pair set about creating a sensible layout, and added an extension on the ground floor for their kitchen.

Sharing the progress on Instagram and Twitter, Joanne revealed their-step-by-step process, saying: “We changed the windows in the living room, from rectangle to square.

“The house itself was square so we worked with what we had keeping the theme of the house square but modern. 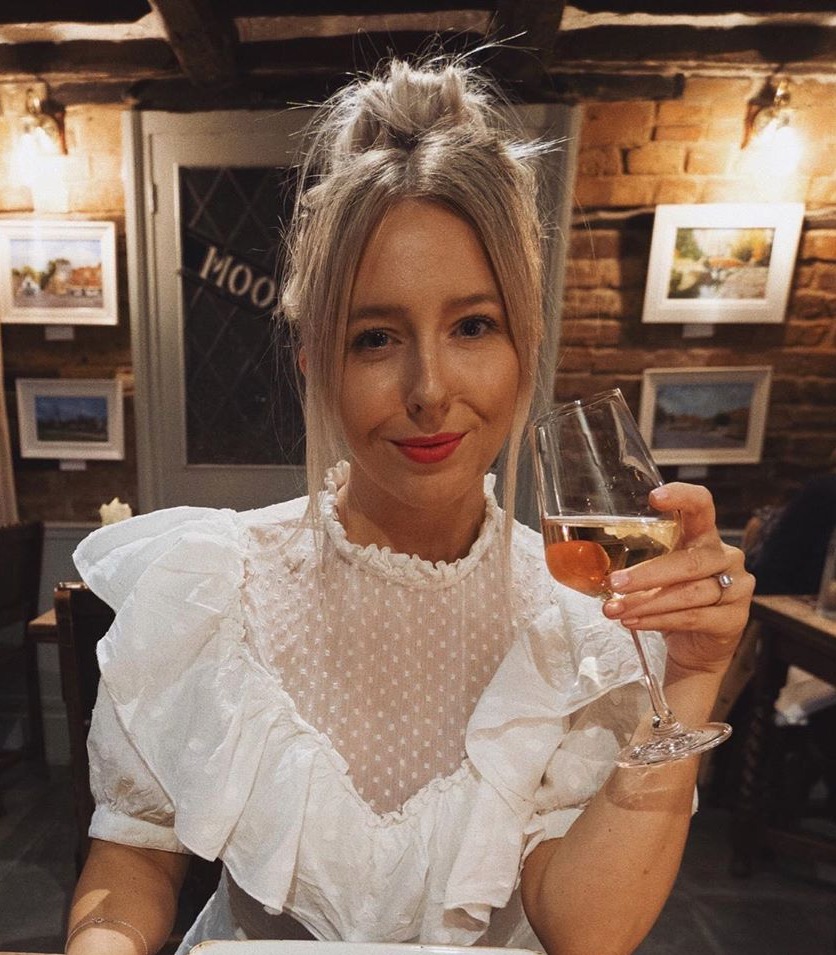 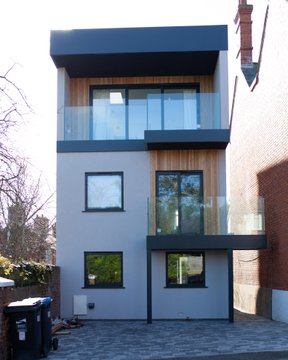 “After all this is a stepping stone to our forever home. So working with what we had was key.

“Upstairs was the kitchen and lounge. We created a hallway which would lead into one master bedroom, a second bedroom and a shower room.”

The couple stripped wallpaper, knocked down walls, tackled the garden and even added a new staircase.

Documenting their extreme renovation, Joanne said: “A year later we added another floor to the house. 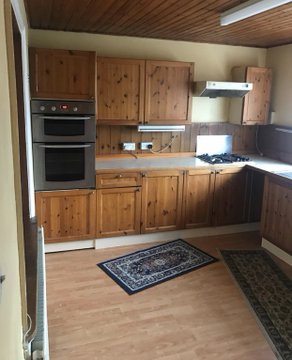 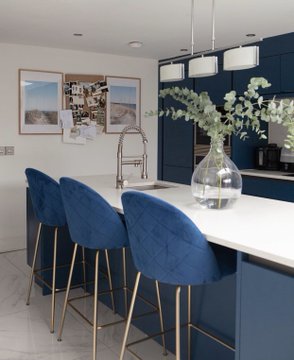 “The house was rendered. Wood added to balcony areas. Intended to paint the wood black but still unsure.

“Aluminium fascia was added to the roof and under balconies. Paving on the driveway completed.

“Electricity box is still to be covered with wood that matches the house.” 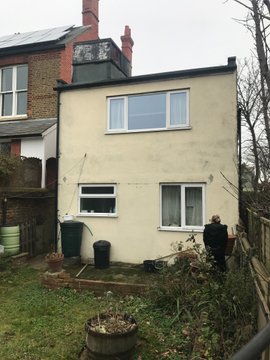 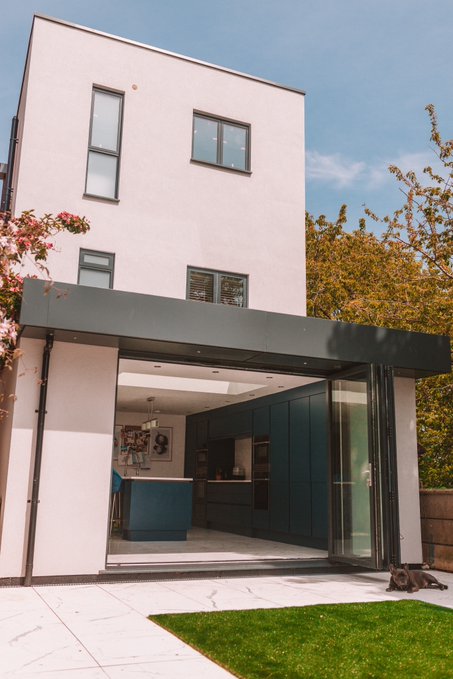 As the house grew so did their family, with the couple welcoming two children along the way.

They adapted the house to accommodate their brood, continuing: “Another nursery and our new bedroom.

“The original master bedroom below, with the built in wardrobes is now a dressing room. This has been finished very recently, still working on furnishing the main room.

In the last few days the couple have finally finished their garden, and shared incredible before-and-after photos to social media.

Joanne said: “A modern home by the sea is the end result to what was once a garage, then a 2 bedroom house now a four bed.

“It’s still a work in progress. But very nearly complete.”

Also sharing the transformation on Twitter, Joanne said: “The ugliest house on the street" as quoted by a neighbour…

Her post has racked up more than 40,000 likes, as people could scarecely believe it was the same property.

Commenting online, one person said: “What a transformation. It's amazing.” 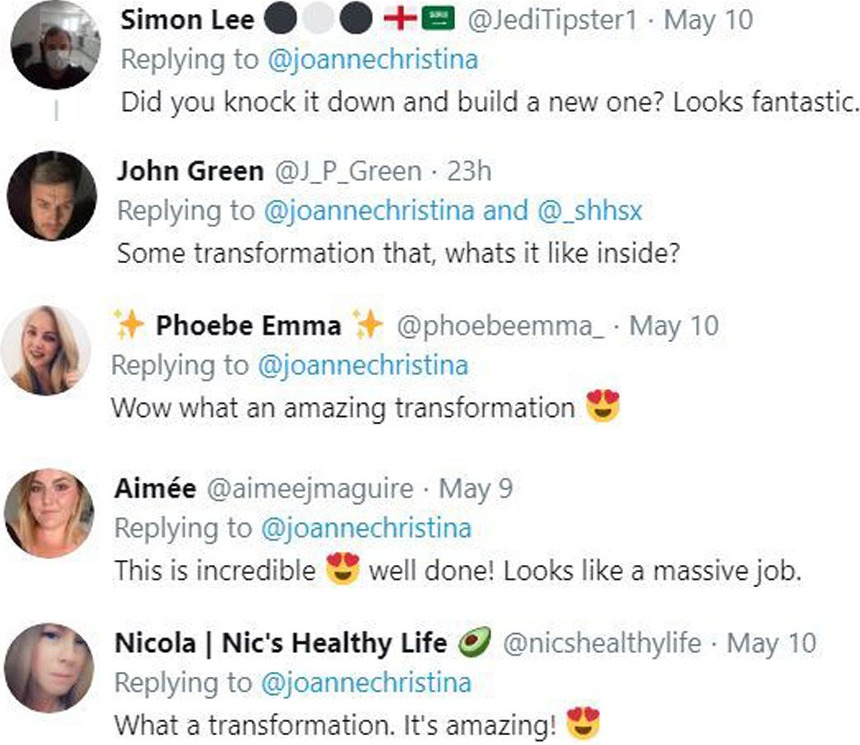 Another wrote: “This is incredible. Well done! Looks like a massive job.”

A third said: “What an amazing transformation. I bet it's easily the nicest house on the street now.”

Someone else asked: “Did you knock it down and build a new one? Looks fantastic.”

While this person raved: “Love this, such an amazing transformation!”

And this mum completely transformed a shabby Wendy house she got second hand with some old paint and charity shop bargains.

Meanwhile this dad-of-three made an incredible playhouse for his kids which includes a garage and private lawn – and it cost just £150.

Plus this bloke transformed his tired bedroom into trendy boutique hotel style room with bargains from Amazon and eBay.