AN EXPECTANT mum has sparked passionate debate after asking at what stage of pregnancy other people's partners "cut back on their drinking".

The woman, who is 36 weeks along, left Mumsnet users divided over whether it was necessary for men to give up alcohol too. 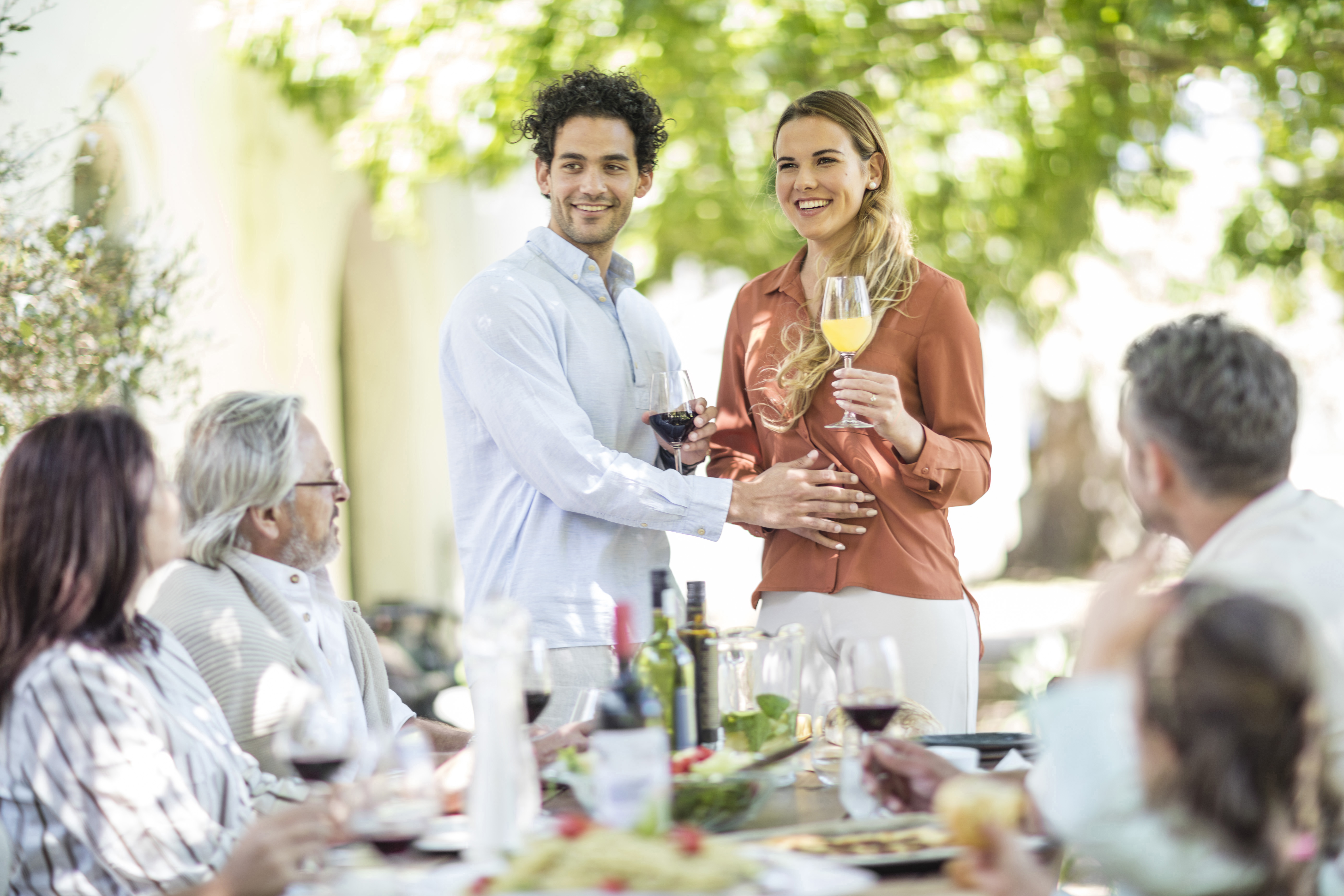 In a post titled 'Cutting down drinking in run up to birth?' she appeared to suggest that she was expecting her man to stop boozing – which the NHS advises women to do during the entirety of pregnancy – as the birth approaches.

"When did your partners cut down their drinking when out with mates etc in the run up to birth? How many weeks were you?
"I'm not wanting to be unreasonable but also getting nervous about the run up to the birth."

Can women drink during pregnancy?

Experts are still unsure exactly how much – if any – alcohol is completely safe for you to have while you're pregnant, so the safest approach is not to drink at all while you're expecting.

When you drink, alcohol passes from your blood through the placenta and to your baby.

A baby's liver is one of the last organs to develop and doesn't mature until the later stages of pregnancy.

Your baby cannot process alcohol as well as you can, and too much exposure to alcohol can seriously affect their development.

Drinking alcohol, especially in the first three months of pregnancy, increases the risk of miscarriage, premature birth and your baby having a low birth weight.

Drinking after the first three months of your pregnancy could affect your baby after they're born.

She added: "I'm not going to ask him to stop or not socialise just thinking of when he should no longer get drunk. Say no more than four pints.
"It's my third baby, the older twos dad didn't drink at all in the run up to birth but he wasn't really one for going out."

However, her fellow mums had very varied opinions on whether partners should be cutting out alcohol or not.

One person responded: "My partner didn’t get smashed after about 30 weeks. 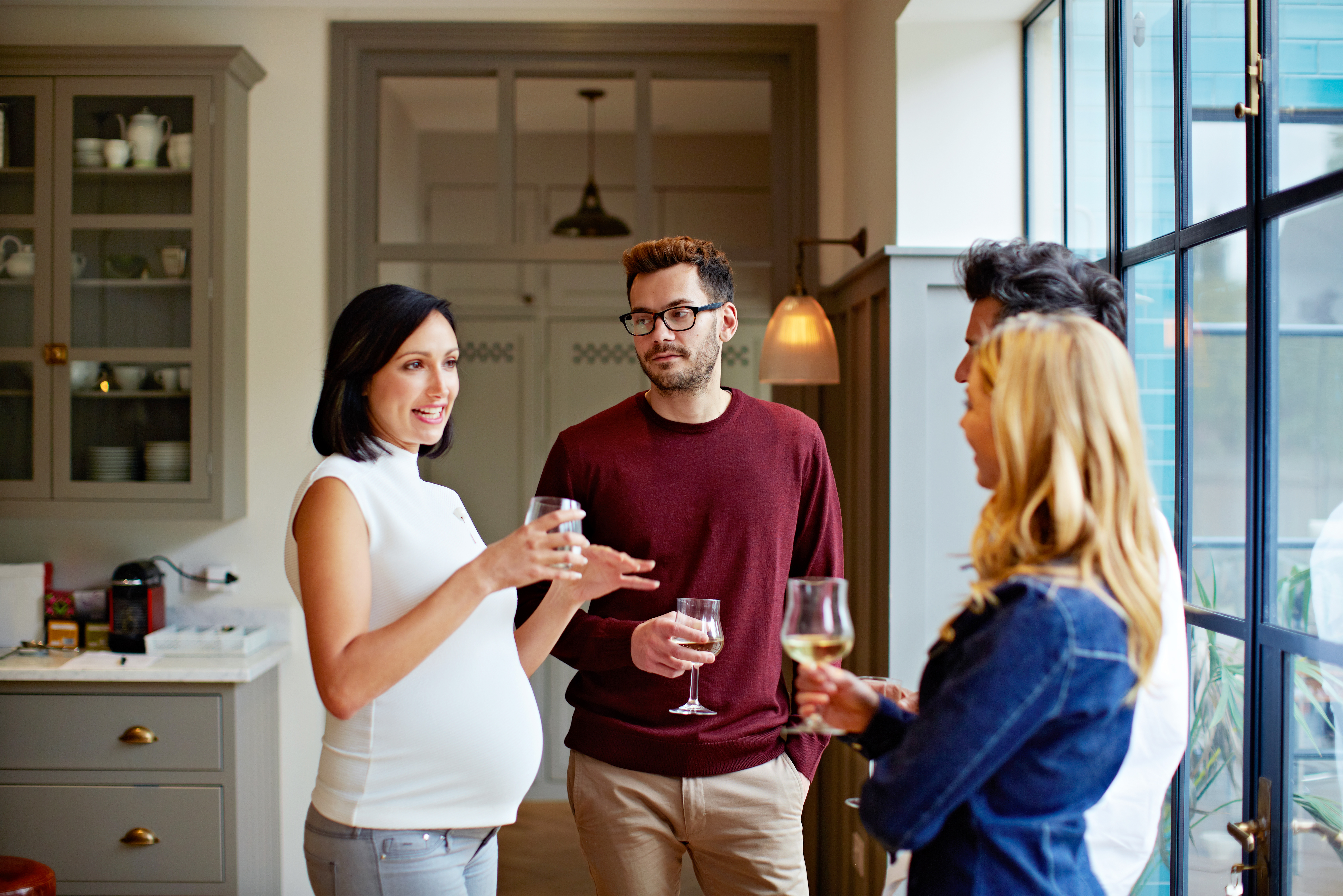 "My sister asked her husband to stop completely from about 32 so he’d be able to drive her to the hospital if necessary – I figured worst case we’d get a cab.

"So my hubby carried on having a few beers or a couple of glasses of wine right up to our daughter being born."

A second shared: "My husband didn’t have a single drink while I was pregnant."

Another added: "37 weeks, he made sure he was under the limit. Except for one occasion when he had two pints, I think."

Others didn't see why a partner should have to change their drinking habits at all.

One person commented: "I don’t quite understand. Why should they have to cut down on drinking? Unless for their health?"

A second agreed: "I still don’t see how going to hospital has any relevance on a partner’s drinking. "Obviously you wouldn’t want them to be rolling drunk."

Yesterday, we told you how a mum uses a "get paid" pinboard to get her lazy kids to help out around the house.

We also revealed how you can buy a Dyson vacuum cleaner for your child for £20.

And a woman fulfilled a stranger's dying wish by using his frozen sperm to have a child.