WHETHER you've done it yourself or tried to talk a pal OUT of doing it, we've all heard of the infamous "break-up haircut".

But rather than switching up her hair in the wake of her divorce, TikToker Holly Holliday decided to take up a tattoo artist on the offer of some free "ink therapy". 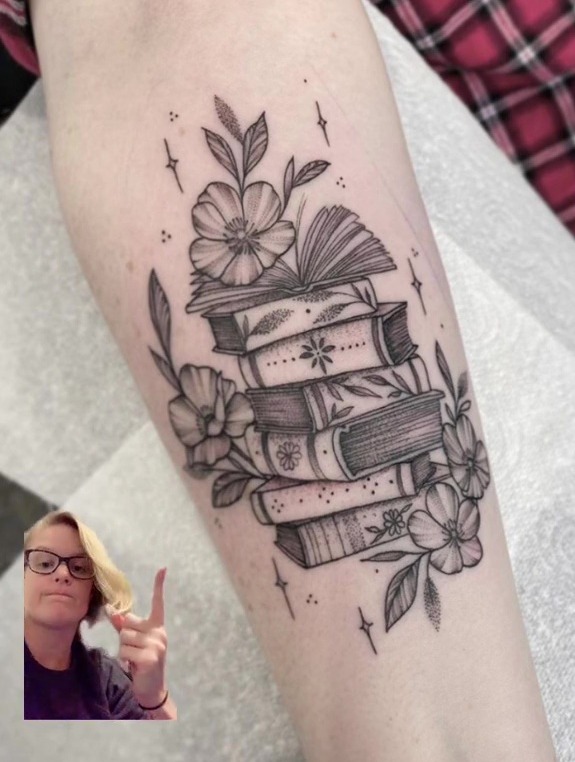 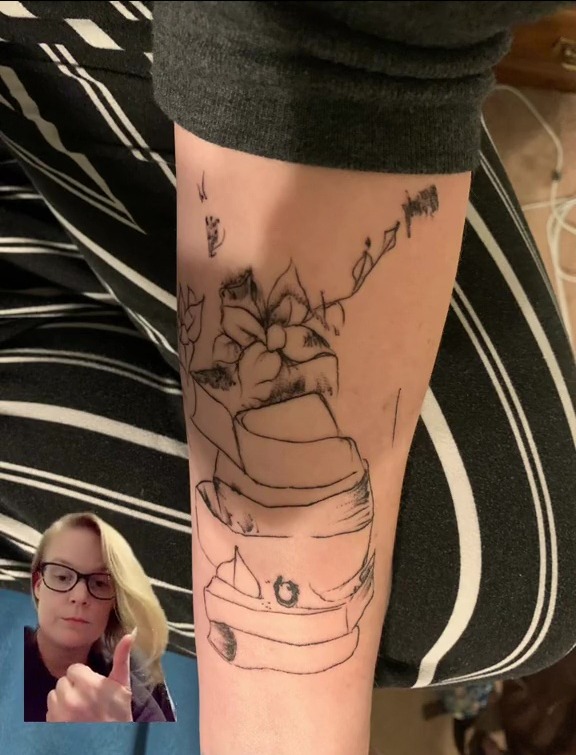 In a viral video that's racked up more than 3.6 MILLION views, the social media star – who has several inkings already – shared a photo of what she wanted her new tatt to look like.

But what Holly ended up with looked NOTHING like the design she agreed to.

And the worst part is, the enormous tattoo takes up most of her forearm.

She captioned the video: "I’m so angry, I’ve cried so much.

"I trusted this artist he’s done great work in the past for me…. My trust is now ruined and so is my arm."

In a series of follow-up clips, Holly explained how her tattoo artist – who she's used for a year – offered to give her a free inking after hearing about her break-up.

Explaining how she "didn't think anything was off" when she got there, Holly described how she happily played with his dog and the pair had a moan about their other halves.

She said: "He gets me in the chair and he freehands a design that was based off of the little book tattoo I found online. I said I don't what this exact thing but something like it.

"He said, 'I got you' and drew it on. It looked great, the placement was fine. Everything looked good."

He gets me in the chair and he freehands a design that was based off of the little book tattoo I found online. He said, 'I got you' and drew it on. It looked great, the placement was fine. Everything looked good.

But shortly after he started inking her, Holly noticed something was wrong.

As well as erratically starting sections from all sides, he then burrowed down deep right into the top of the tattoo.

She claims he started slurring his words at this point – and she understandably started "freaking out".

"I started racking my brain for an excuse to get the hell out of there without p***ing him off," she added.

After a friend texted asking what she was up to, Holly asked her to call immediately so she could fake an emergency and leave.

Since then, she claims the tattoo artist has got in contact a few times asking to finish his work – which she doesn't feel comfortable doing.

Instead, the mum says she'll have to wait until her divorce is finalised to cover up the inking.

"This is so unfortunate," one viewer wrote. "Fortunately, there's a lot of open space and could be reworked."

Another added: "Awww he butchered that."

"Hang in there," a third wrote. "That is rough but can be fixed."

For more viral stories, this woman faked her own WEDDING to get her ex to text her – she even paid for a photographer to take pictures with her new ‘husband’.

And this perfume addict who has hundreds of fragrances revealed the three men can’t resist & one’s a Superdrug bargain.

Plus 'cruel’ parents were accused of ‘traumatising’ kids after surprise visit from The Grinch left them terrified.