IT'S almost a staple of a boys holiday – getting a rubbish tattoo.

But one young man was left vastly regretting the inking he had while on vacation in Magaluf, as he told his very unimpressed mother about it on FaceTime. 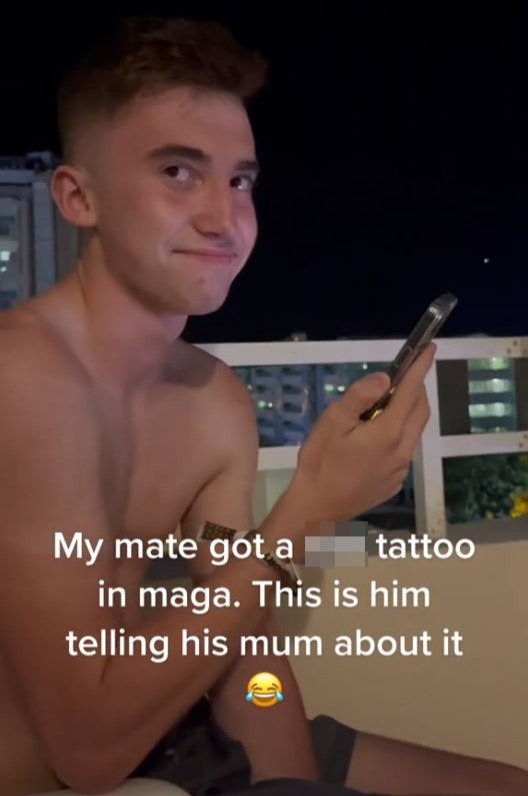 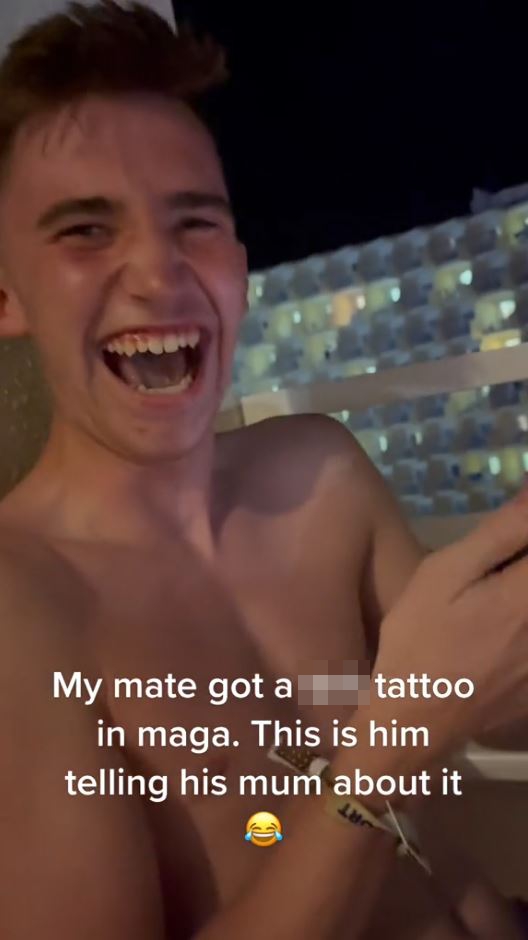 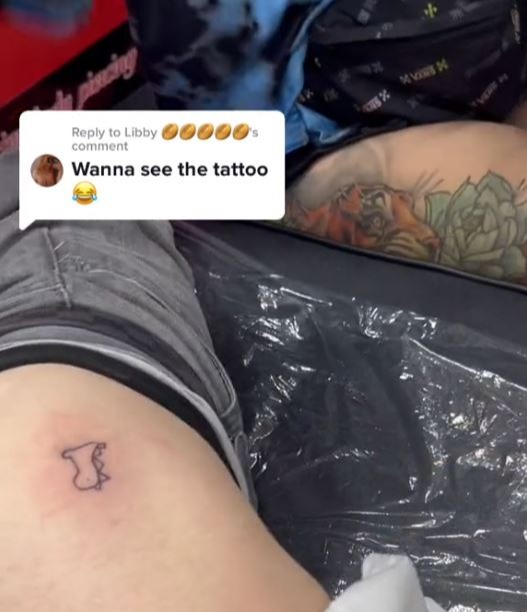 "My mate got a s**t tattoo in Maga," his friend wrote over the video he shared to TikTok.

"This is him telling his mum about it."

Sitting on their apartment's balcony, the man was seen talking to his mum on the phone, as she said: "You better not have got a tattoo."

"Do you wanna see it?" he replied, struggling to contain his laughter. 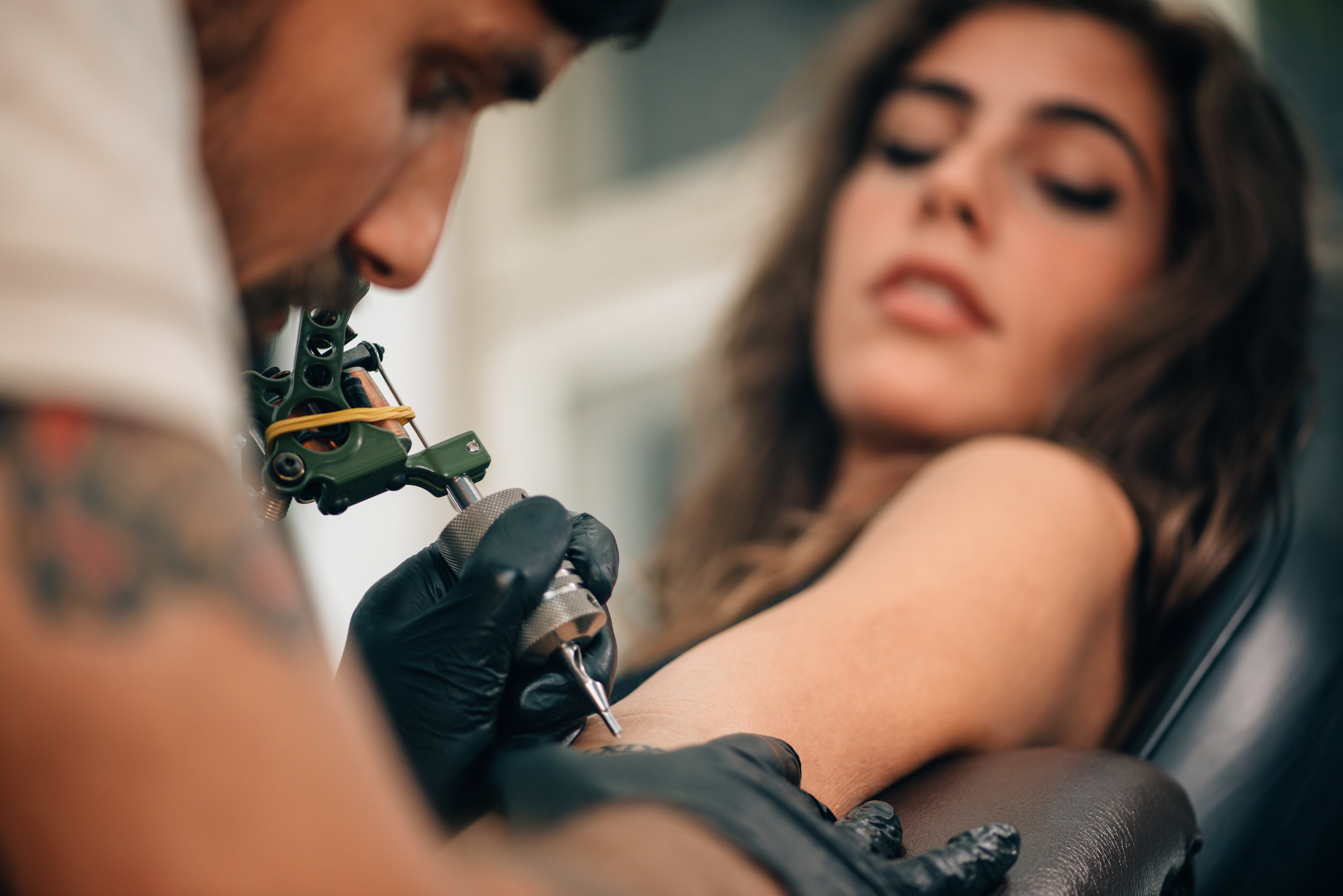 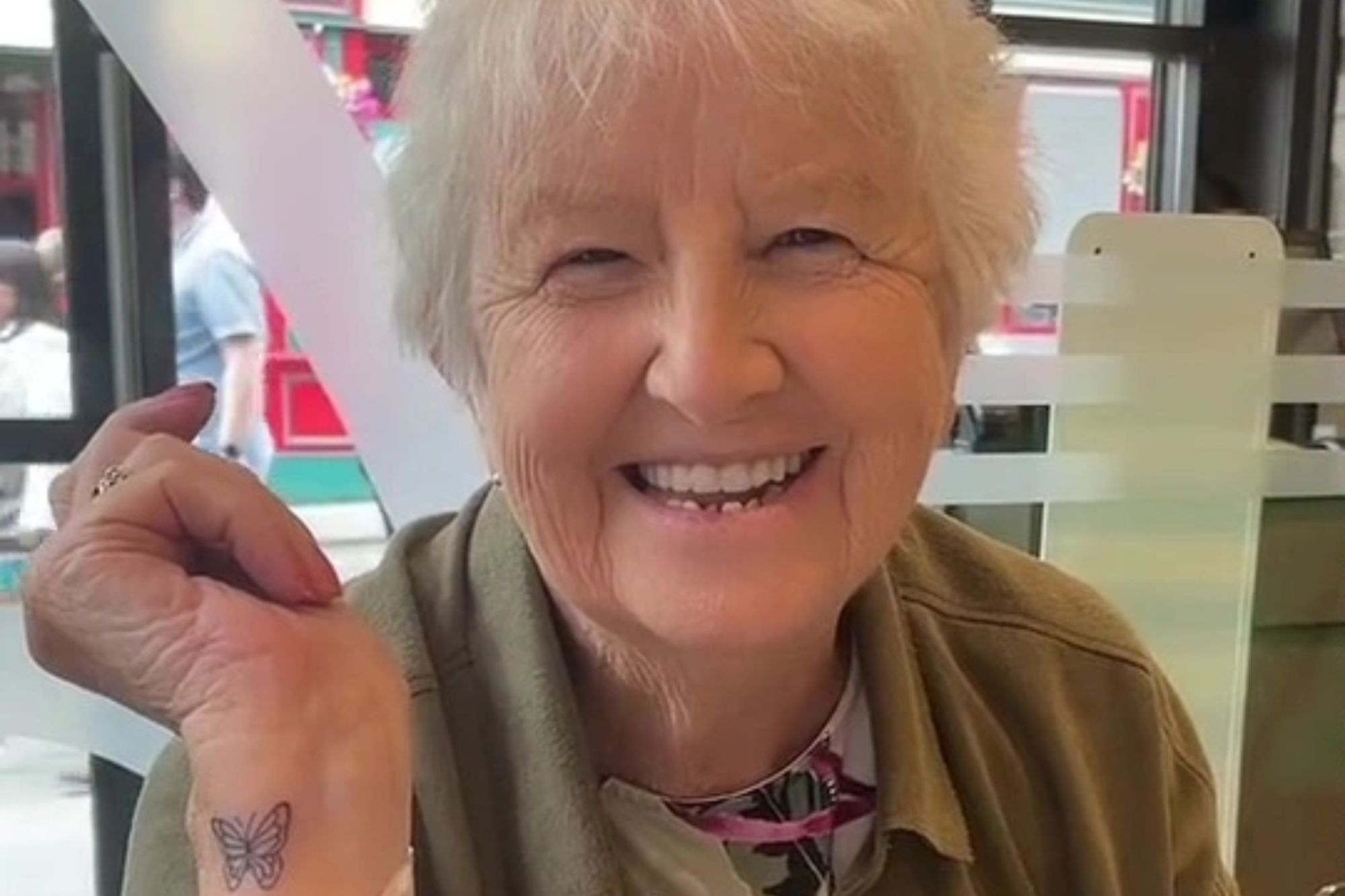 Gran, 81, gets her first tattoo & people have all reacted in the same way

"You better not have done, Miles," his mum said.

As he got increasingly red-faced, he told his mother: "You can’t shout at me, you promised."

When she finally realised that he wasn't joking, she called him a "stupid boy".

"I love you," Miles said, in a bid to deflect his mum's anger.

My boobs are epic – I should've got them out like Denise, says Sarah Cawood

Mum mortified after daughter, five, made a 'dreamcatcher' for her room

To which Miles replied: "I’ve got to get my arse out then."

While the video then cut out, another clip showed Miles having the inking – a dinosaur on one of his bum cheeks.

"Lads about 25 whys his mum so angry he’s got a tattoo," one person commented on the video.

To which the poster replied: "He’s 20 but highly babied."

"I remember going to magaluf back in 2015 with the boys," another added.

"This guy is having a time of his life, keep the tattoo and the memories it will hold my guy!"

"ah bless him you can tell he is proper upset at doing something his mam doesn't like," someone else wrote. 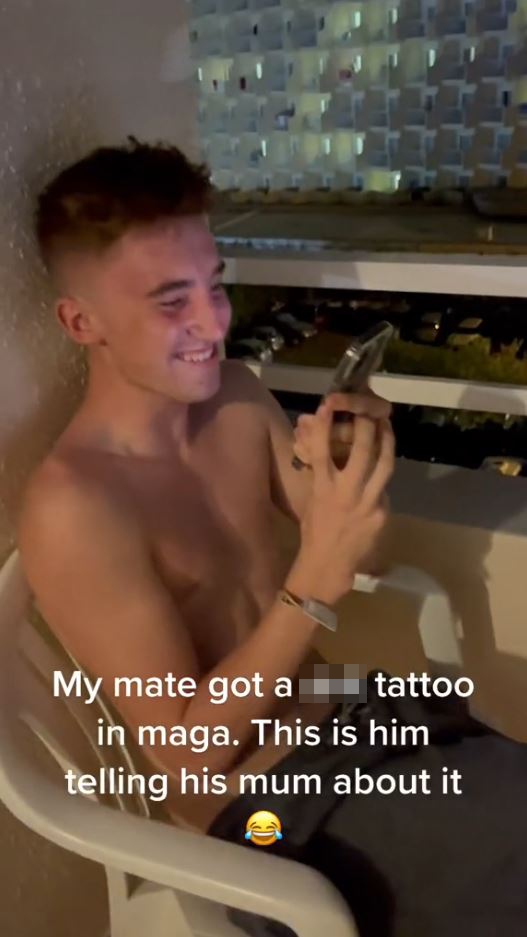