FAMILY cartoon series My Little Pony has introduced a lesbian couple for the first time.

An upcoming episode called ‘The Last Crusade’ will star Aunt Holiday and Auntie Lofty, a couple who take care of school-age character Scootaloo. 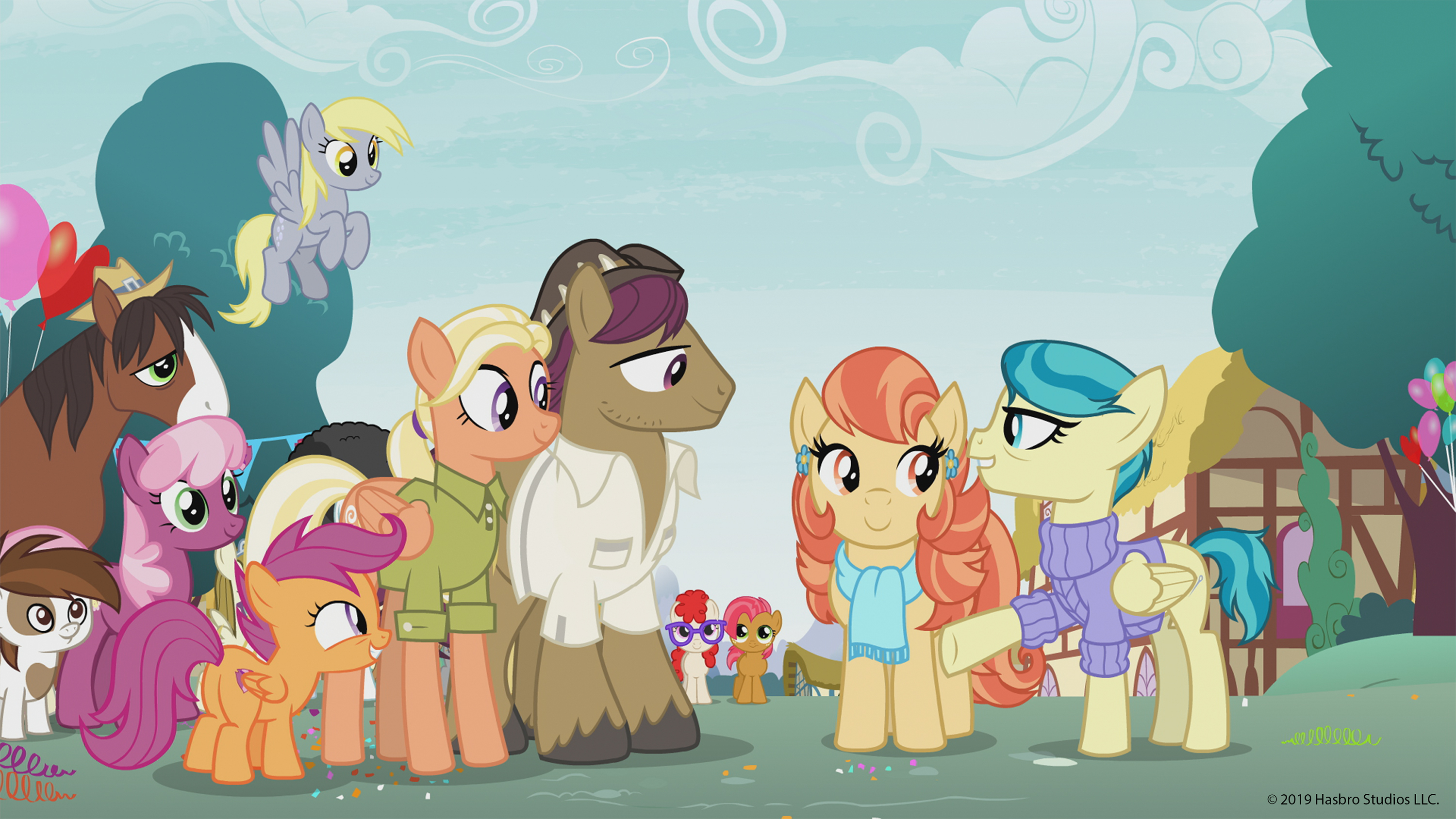 Michael Vogel, the producer and writer of the series, confirmed they are indeed a romantic couple, denying theories that they are either close friends or siblings.

When a fan asked whether they were lesbians in the book, Vogel responded: "Well they aren't sisters so…"

The episode has already aired in Europe and will be broadcast in the US on Saturday just in time for Pride Month.

Co-showrunner Nicole Dubuc told Buzzfeed News the core of "My Little Pony" is to embrace what truly defines a family love.

"I think it’s fantastic that we can show that what truly defines a family is love — that, to me, is the core of 'My Little Pony,'" she said.

Vogel told the publication that the idea was approved by Hasbro and that he and Dubac thought it was a great way to introduce a same-sex couple into the series.

"With Josh (Haber) and Nicole running the final season together, it was something we all wanted to do — bring this out couple into the final season and make them 'officially' a part of the MLP world," Vogel said.

Hasbro's head of global communications Julie Duffy said showcasing diversity has always been an integral part of storytelling in the series.

"We have featured many types of families in the show over the past nine seasons and we hope this helps to provide kids and fans from all backgrounds an opportunity to identify with our characters and learn from their stories," Duffy said.

In May, the animated children's series "Arthur" on PBS showed the gay wedding of Arthur's teacher, Mr Ratburn.