In the last decade, a handful of upstart labels are trying to dethrone old faithfuls like Hanes and Calvin Klein. Hate going to the store? Buy direct online. Forget to replenish worn-out pairs? Get a subscription. Can’t choose? Buy several and return rejects for free.

Newcomers like Tommy John and CDLP are also using high-tech fabrics that promise to stay dry, odor free and comfortable, even in swampy conditions.

Still can’t decide? We gave six upstart brands a test run, so you don’t have to. 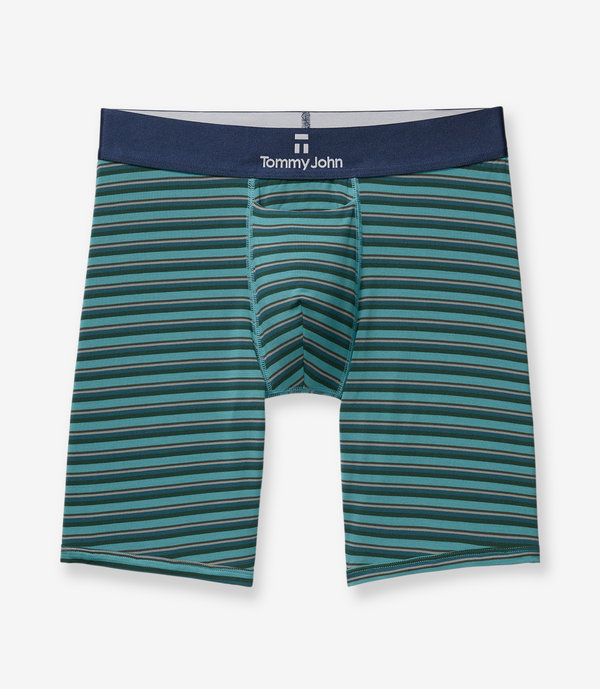 Founded a decade ago, Tommy John is the Harry’s Razor of the men’s underwear market, with more than six million pairs sold through its website or at big American retailers like Men’s Wearhouse and Nordstrom.

Aha Moment: Aren’t billowing undershirts the worst? That’s what Tom Patterson, a former medical device salesman from San Diego, thought whenever his undershirts would bunch up under his suits. In 2008, with zero background in clothing, he and Erin Fujimoto (then his girlfriend, now his wife) designed the Stay-Tucked Undershirt with a tapered profile made of Micro Modal, a silky fabric derived from beech trees. Underwear soon followed.

Test Drive: The “horizontal fly” is like a trap door for your privates. Odd and hysterical at first, but surprisingly functional. ($25 to $45)

If Tommy John is the market leader among these upstarts, Mack Weldon is its techier brother. Primarily an e-commerce brand, the New York company recently opened its first shop, at Hudson Yards.

Aha Moment: Brian Berger, a former business executive for WebMD, saw how Lululemon had revolutionized athleisure wear and wondered why the same had not been done for men’s underwear. So he took gym-friendly fabrics (breathable, antimicrobial and moisture wicking) and applied them to boxers and briefs.

Test Drive: The Airknitx boxer briefs stayed dry and ventilated, even after 60 minutes of treadmill and squats at Barry’s Bootcamp. ($24 to $38)

Instagram savvy, socially woke and unabashedly cheeky, MeUndies is a case study in millennial marketing. Based in Culver City, Calif., the company specializes in zany and cartoonish designs that feels like Underoos for adults.

Aha Moment: Jonathan Shokrian, an entrepreneur from Los Angeles, got the idea for MeUndies while buying underwear for a European vacation at the mall. He was dismayed by the experience, and a friend on the trip, Jonathan Neman, a founder of Sweetgreen, urged him to start his own company. Mr. Shokrian did, as a subscription service to spare other men from the mall.

Target Guy: Guys who want their underwear to reflect their sparkly personalities.

Test Drive: Warning: if you wear a pair of boxer briefs with fire-breathing dragons, it will invite conversation from strangers at the gym, or wherever people can spy your underwear. ($18 to $24)

Nothing says preppy like monogrammed socks, except maybe monogrammed underwear. That seems to be the thinking behind Nice Laundry, a New York label that started with athletic, formal and no-show socks, before adding boxer briefs to its lineup in 2016.

Aha Moment: Ricky Choi and Phil Moldavski were working at LivingSocial, an online marketplace in Washington, D.C., when they bonded over socks. Mr. Choi, who attended St. Albans School, a prep school in Washington, liked how his friend dressed (slim jeans, nice shirt, dark shoes) but was horrified by his ratty old gym socks. They found their entrepreneurial calling.

Target Guy: Possessive prepsters who want to keep track of their undies.

Sales Twist: Free shipping and returns. Old pairs can be sent back for recycling.

Test Drive: Soft and lounge-y, like that perfectly worn pair of underwear you love, minus the fraying and holes. ($22 to $34)

Designed in Stockholm, made in Portugal and marketed as earth-friendly, CDLP started three years ago and became a fashion favorite. The brand is sold through its website and is carried by influential retailers like Selfridges, Mr Porter and Barneys New York.

Aha Moment: CDLP was founded by two fashionable Swedes — Christian Larson, a filmmaker and music video director; and Andreas Palm, founder of a branding agency — who thought that the men’s underwear market lacked something elegant and eco-friendly.

Test Drive: Silky and sexy, not unlike women’s lingerie, though geared for men with swagger (not to mention flat stomachs). ($29 to $39; nine-packs start at $195)

Inspired by the shape of catcher’s mitt, SAXX Underwear features a hammock-like compartment that offers extra support and cradles and breathes. The brand appeals to outdoorsy types and is carried by REI and LL Bean.

Aha Moment: During a fishing trip in Alaska, Trent Kitsch, a former college baseball player living in Vancouver, British Columbia, spent four days getting chafed by his clammy underwear. He seized on the idea of an athletic cup and, while still in college, secured a $20,000 student loan and hired a seamstress to create a dozen prototypes.

Test Drive: Having fabric flaps cradle your nether region is both strange and comforting. ($24 to $40)