Following on from the iridescent multi-swoosh pack and many other AF1s that have featured interesting takes on the classic Swoosh motif — such as this split offering or the variety of sketched looks — comes the latest clean white AF1, this time made from a mix of panels and materials.

Upon closer inspection, the AF1 “Misplaced Swoosh” shows an upper made from leather of varying treatments. For example, the toe box is perforated and typical of an AF1, whereas the rear heel is made from a pebble-tumbled leather that gives the sneaker a premium aesthetic.1 of 2 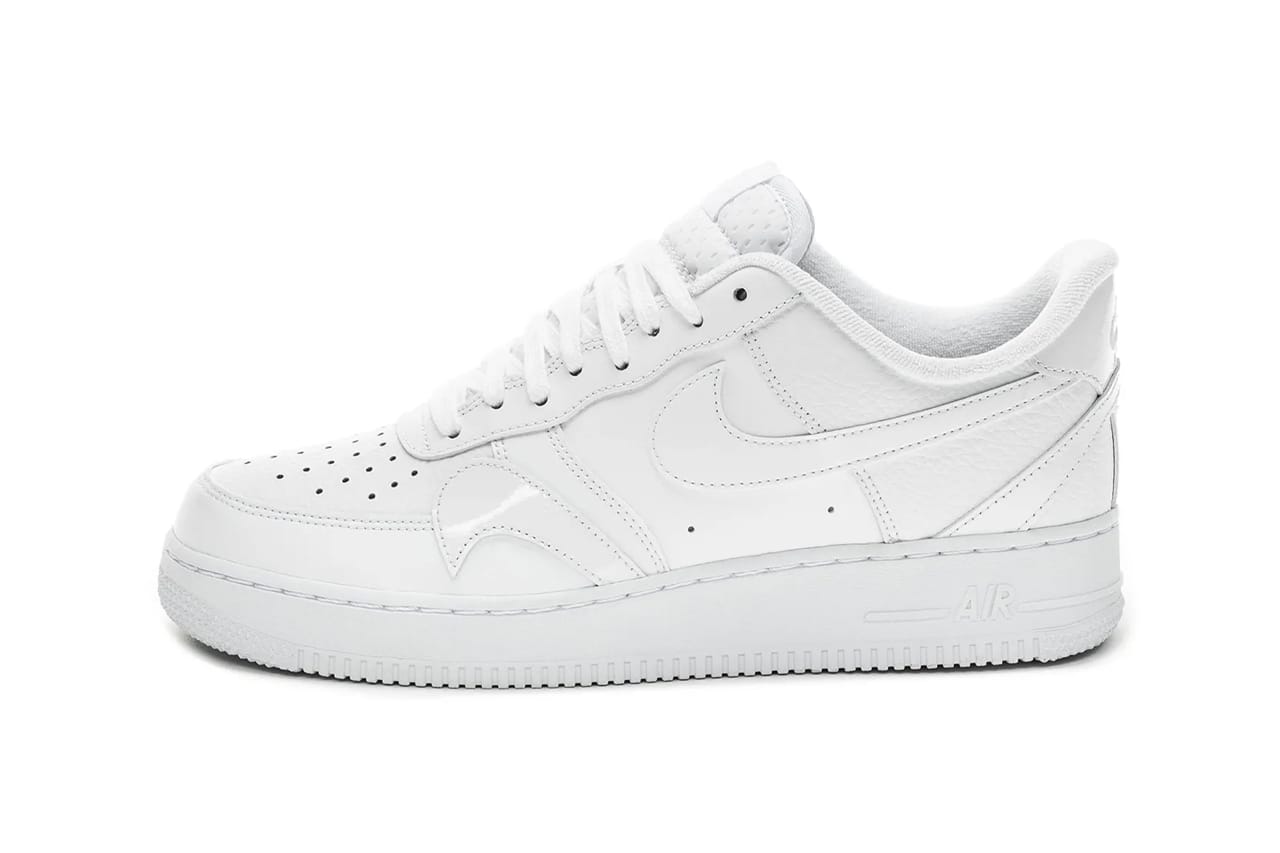 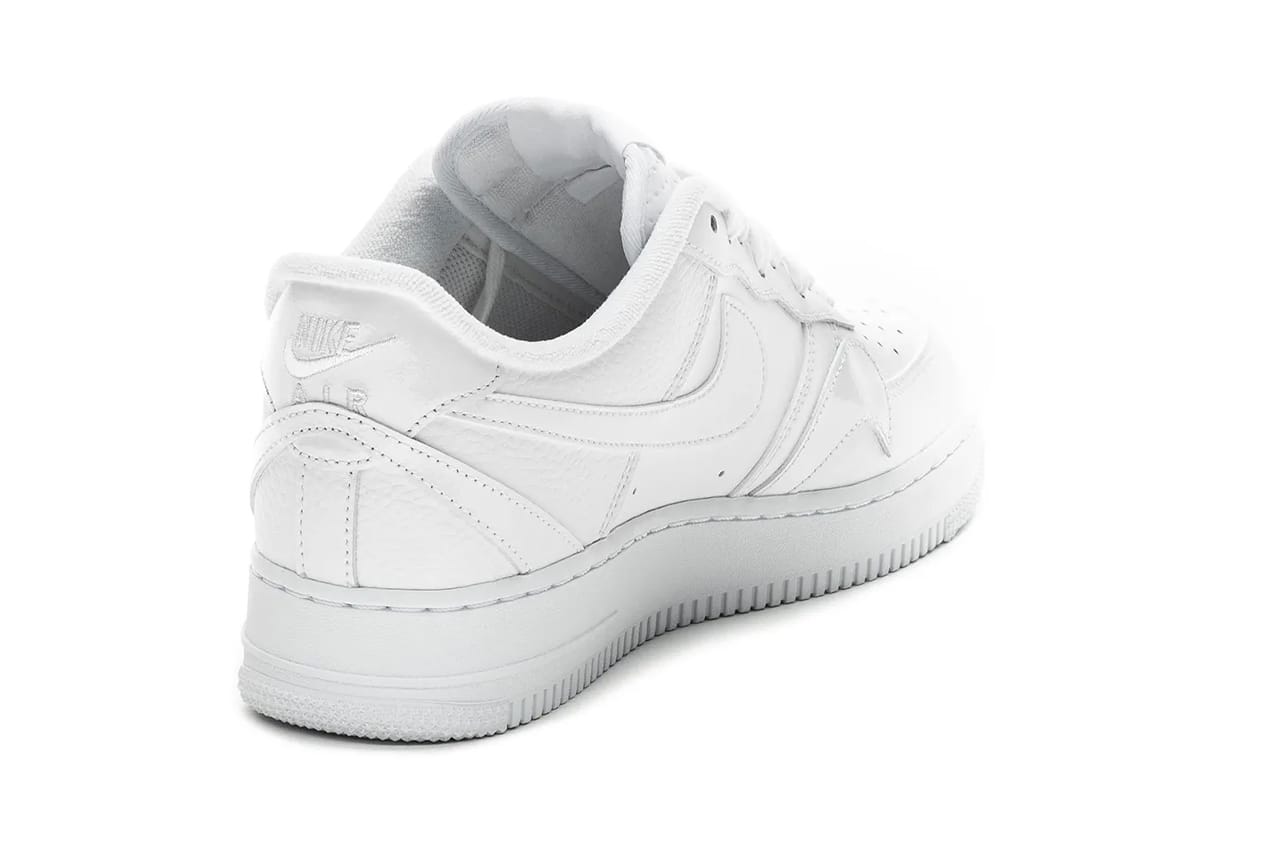 Elsewhere, Swoosh motifs on the front-quarter, mid-panel, and rear-quarter look as if they dip and wrap around the shoe’s contours, and are also made from your typical AF1-quality leather as well as one smaller on in patent leather. Interestingly, the final Swoosh at the rear overlaps with the Nike Air branding that’s embroidered on the heel, further adding to the shoe’s uniquity.

Naturally, a white Air-equipped sole unit, outsole, and a set of white laces round out this triple white pair. Take a closer look at the Nike Air Force 1 “Misplaced Swoosh” in white in the gallery above, and pick up a pair while stocks last from retailers such as Asphalt Gold, where it retails for €109 EUR (approx. $128 USD).