NEXT time you're home alone blasting your favourite tunes, you might want to stop and spare a thought for your neighbours.

Or, if you're anything like this bloke, you might actually be doing them a favour, as a mysterious note through the door has proved. 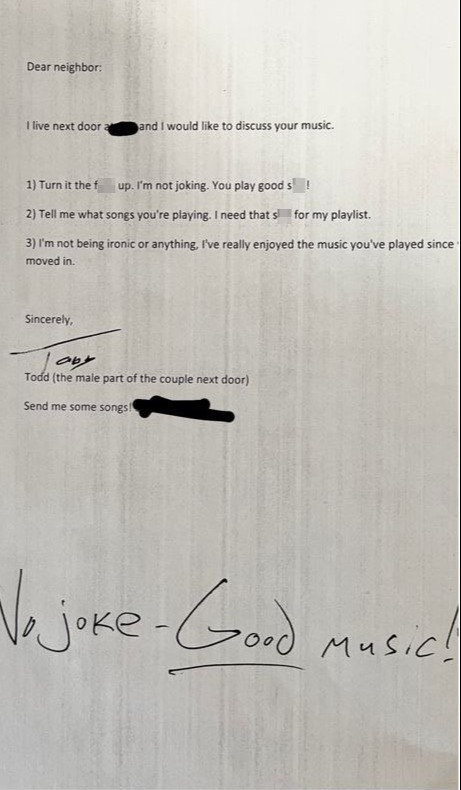 The man, from the US, was apparently playing music loudly at home when his neighbour slipped a letter through the door.

Expecting it to be a noise complaint, the man, named Binh Cao, was pleasantly surprised when it actually complimented his taste in music, with the neighbour telling him to turn it UP.

The man shared a picture of the note on Twitter describing it as the "opposite of a noise complaint”.

The note reads: “Dear neighbour, I live next door and I would like to discuss your music.

"3) I’m not being ironic or anything, I’ve really enjoyed the music you’ve played since you moved in."

Signing off with: "Sincerely, Todd. (The male part of the couple next door).

"Send me some songs!"

Binh reportedly responded by making a playlist on the streaming service Spotify, according to Daily Star, which he hilariously called "Dear neighbour".

The playlist is made up of 100 songs which he shared on Twitter, and includes titles such as Daydream by Youth Lagoon and West Coast by Lana Del Rey.

Needless to say, Twitter users were left highly amused with one saying: "love the energy this gives off."

Many people took the opportunity to share their own neighbour-related stories.

One person said: "I did that to my neighbour in Edinburgh when they had a party and were playing Miles Davis… it was sooooo good!" 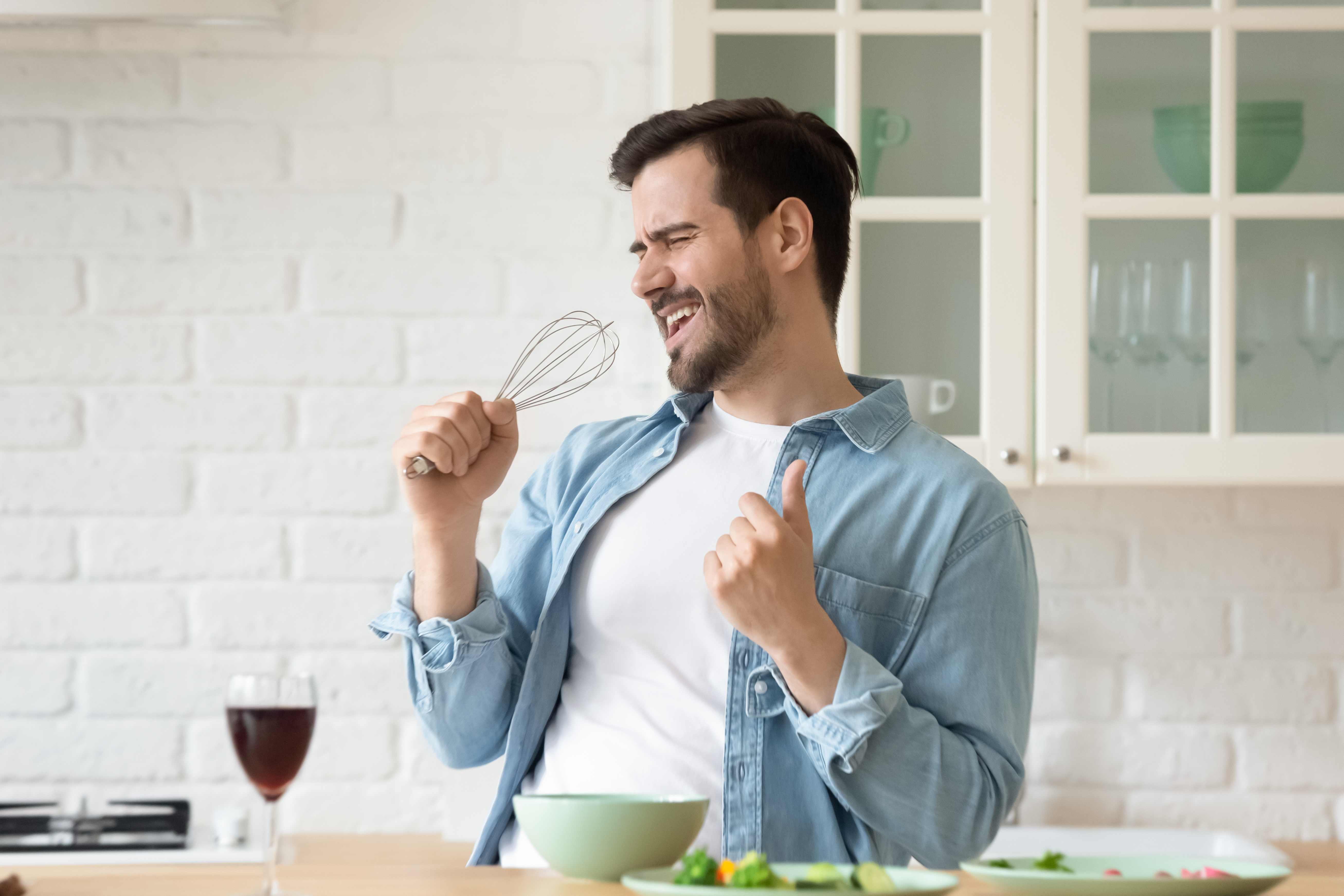 Binh isn't the only one to have received a note from his neighbour as this man was stunned when his leaves note threatening to report him to the COUNCIL over his ‘awful’ singing.

And this neighbour’s savage note criticises mum’s parenting skills and demands she stop using the car to get the kids to sleep.

And this couple share shocking note they received from their angry neighbour – but people think they have every right to be mad.