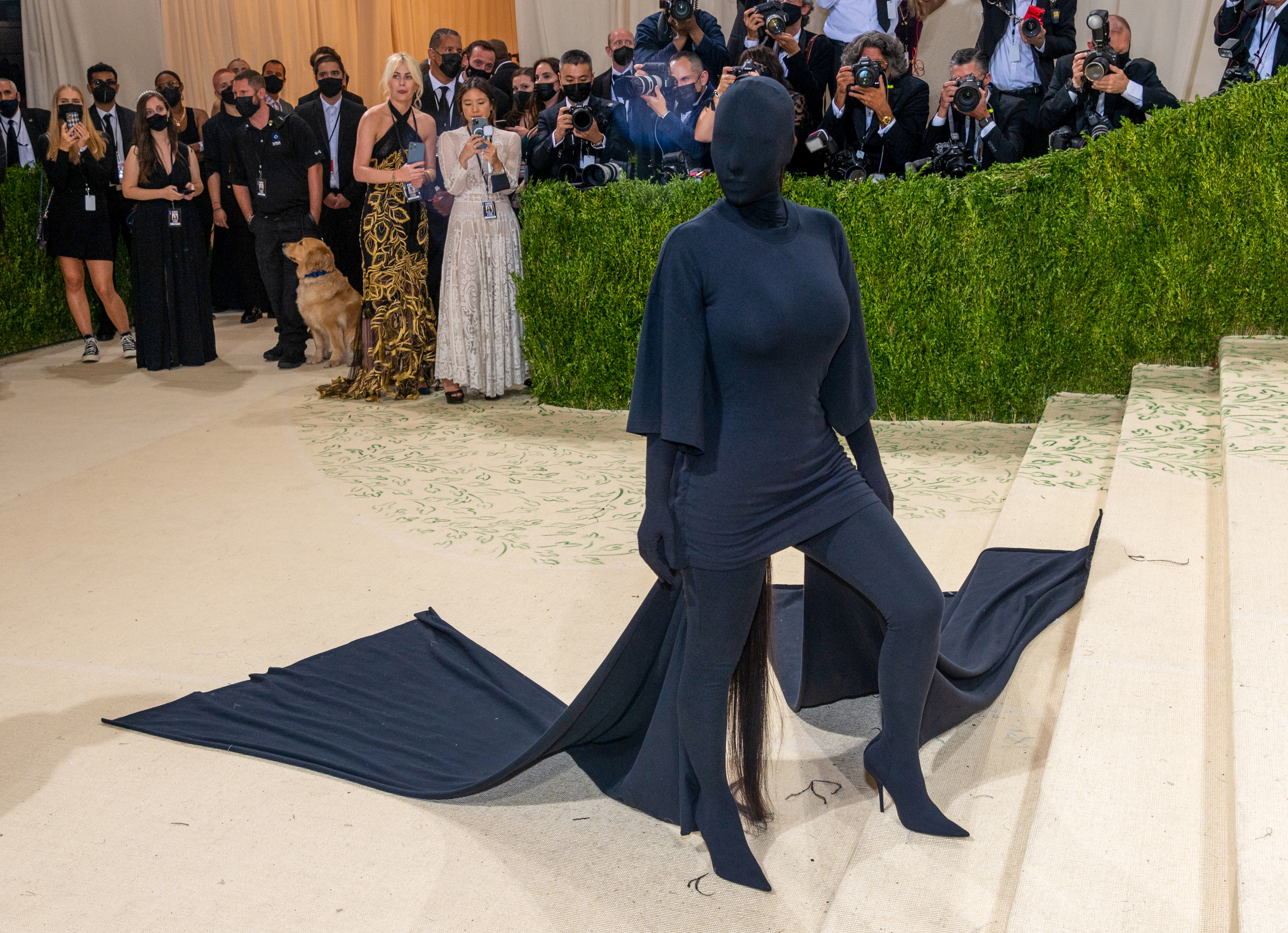 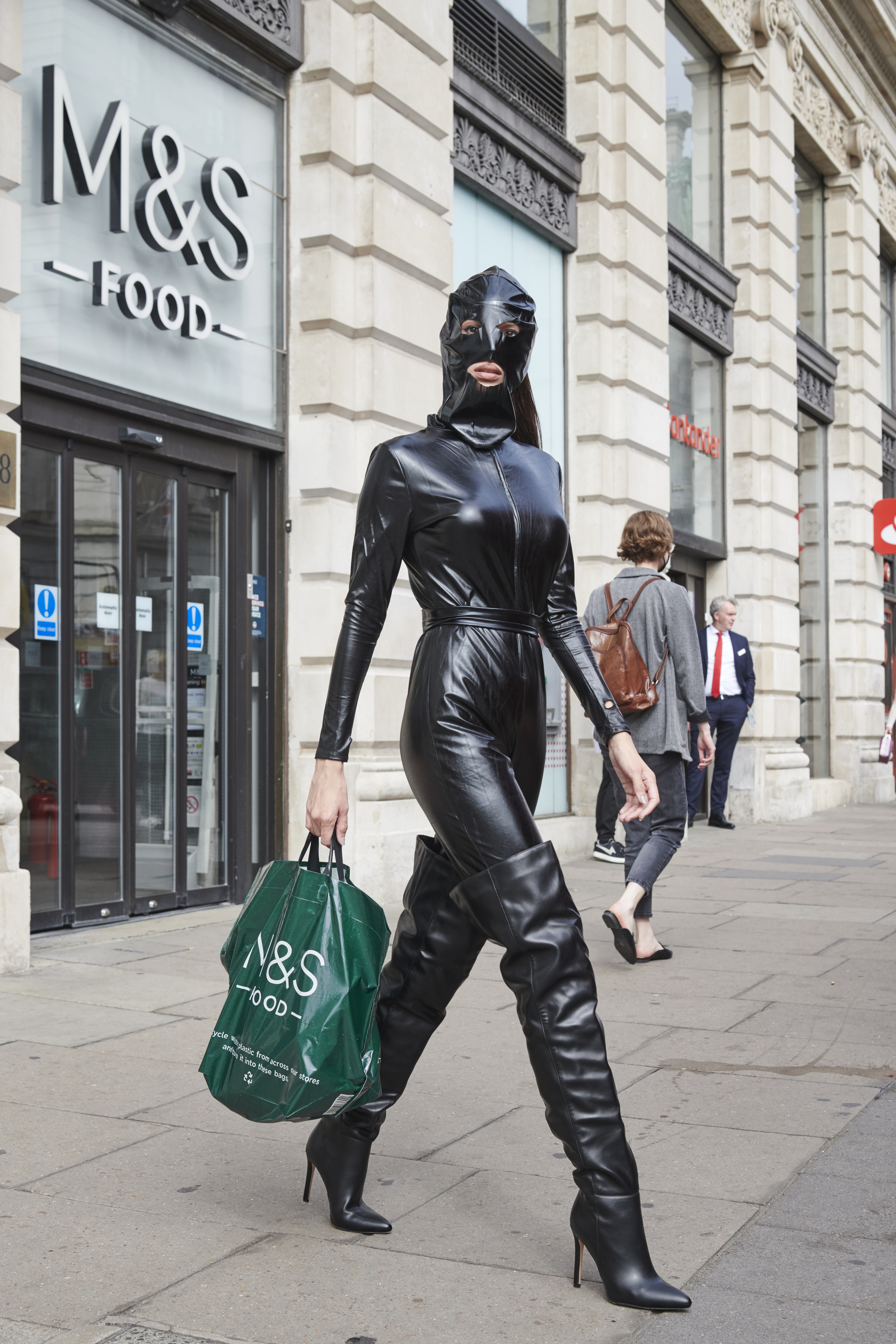 Other celebs to hop on the bandwagon include Lady Gaga and Cardi B, while fetishwear has featured on catwalks too.

But what does the public make of it?

The Sun on Sunday took model Sirene Sutton, 27, out and about in the capital to find out.

As Sirene waited for a bus at London Bridge, she was given a wide berth by bewildered passers-by.

“That’s a look for the bedroom, if you like that sort of sadomasochism. But I don’t want to see it out in the street.”

Barbara Osborn, 68, from Milton Keynes, said: “I’ve worn some crazy fashions but I’d never wear anything like that, even if I had the figure for it.”

At the The Moon Under Water pub in Leicester Square, Sirene adjusted her mask so she could drink.

One regular said: “We see some sights here but that is the strangest thing I have seen in a long time.”

In a South London Nando’s, Sirene’s server, Lawrence, said: “I’ve never waited on a gimp before. I can’t see it becoming an everyday thing.”

Sirene noted: “The fries were OK to eat but the burger was tricky.”

Though her look may have been more at home in a Soho S&M store, Sirene went to M&S on Bond Street next instead. A member of staff said: “I thought you’d come in to rob the place.”

After a final stroll in Green Park, near Buckingham Palace, Sirene concluded: “I can’t wait to get changed. It isn’t the most practical of outfits.

“I wasn’t bothered about the strange looks because nobody could see who I was behind the outfit. That was quite liberating.” 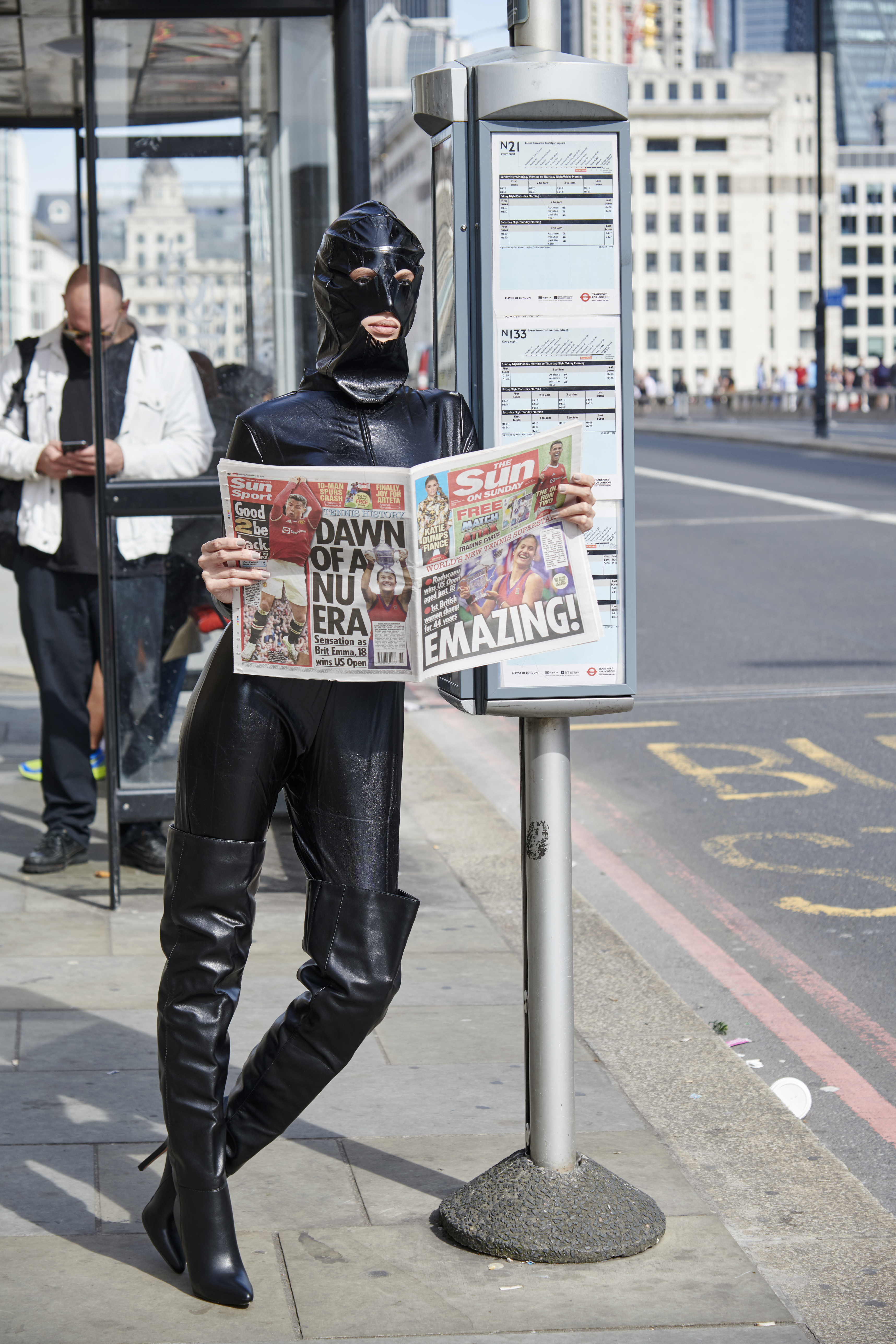 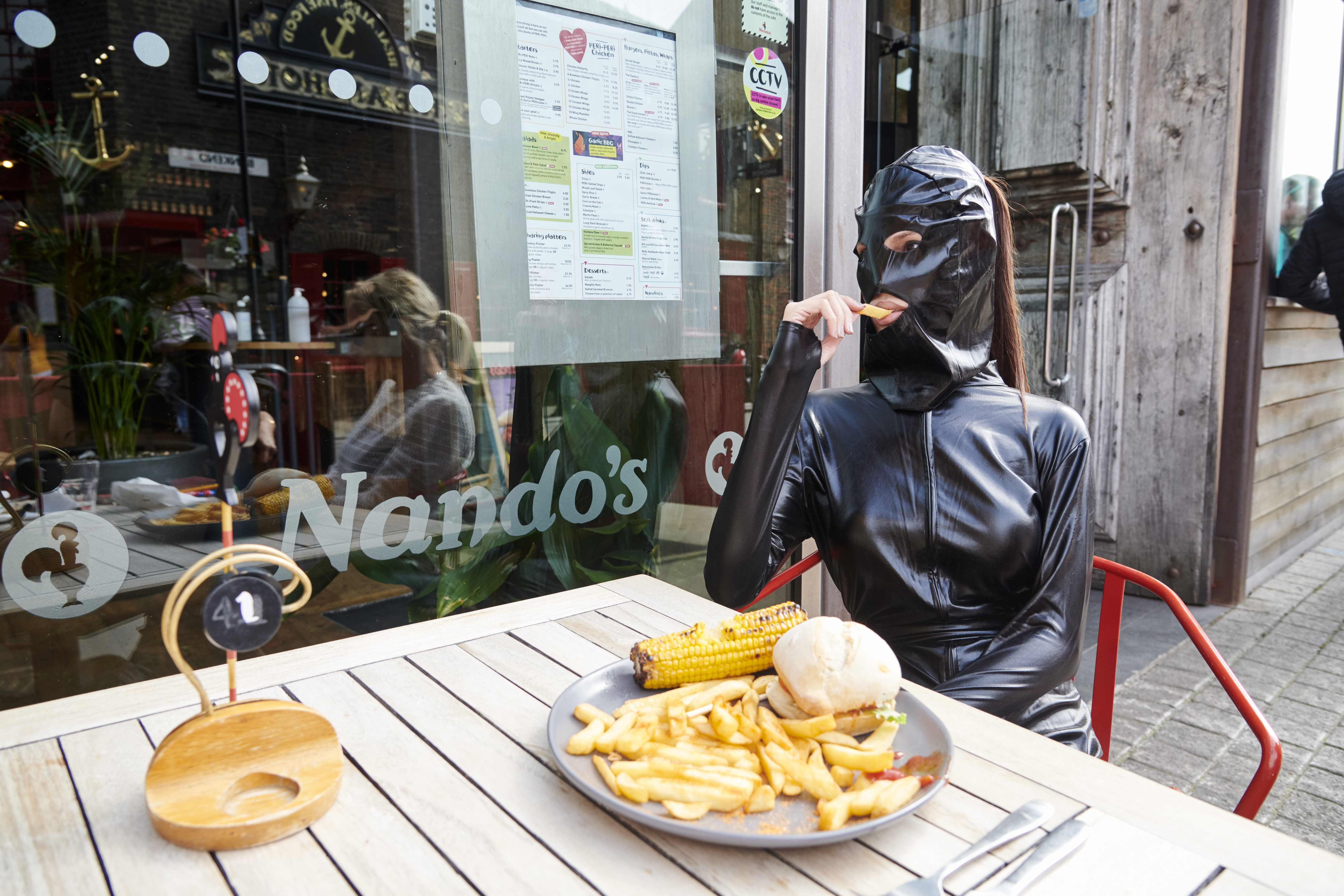 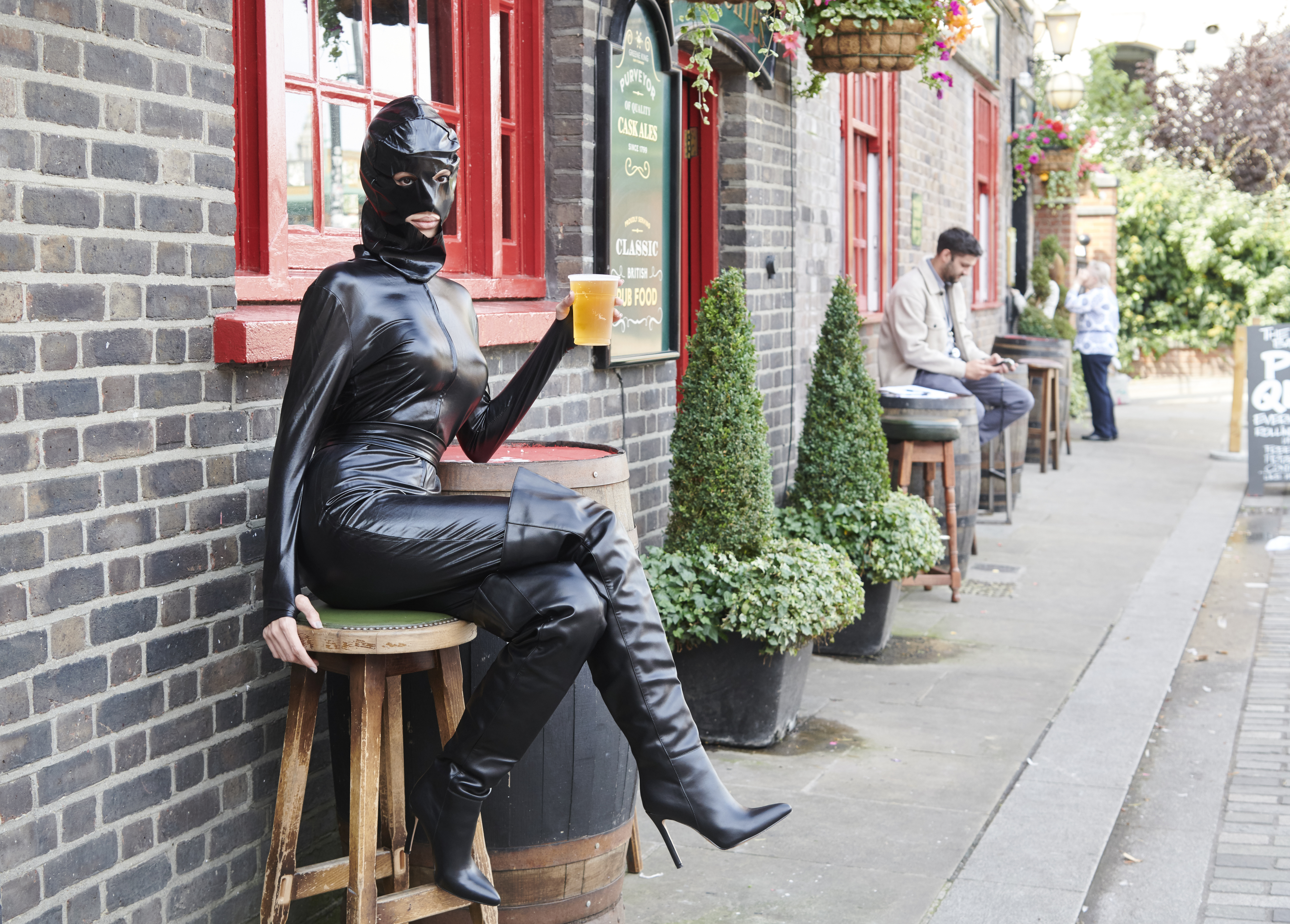