FRANKIE  Shopland is just like any other lively three-year-old.

He loves blowing bubbles and Peppa Pig, and he's always running around outside. 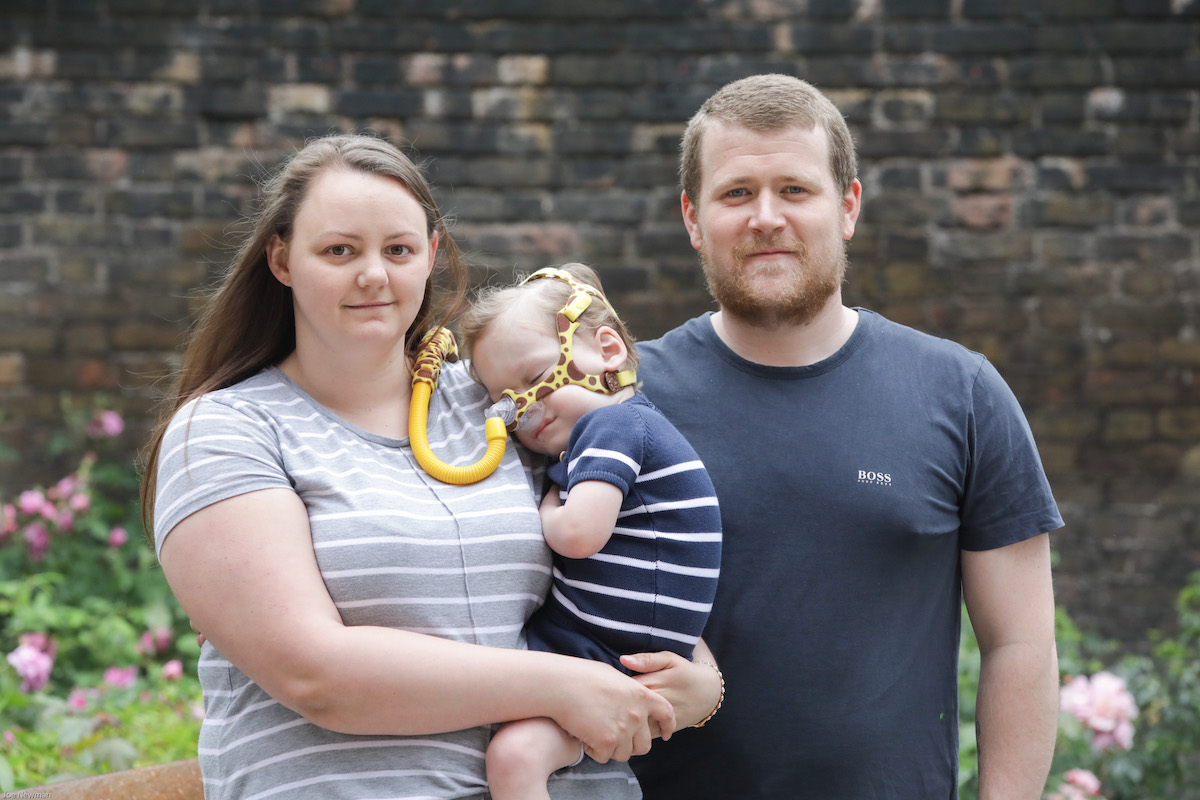 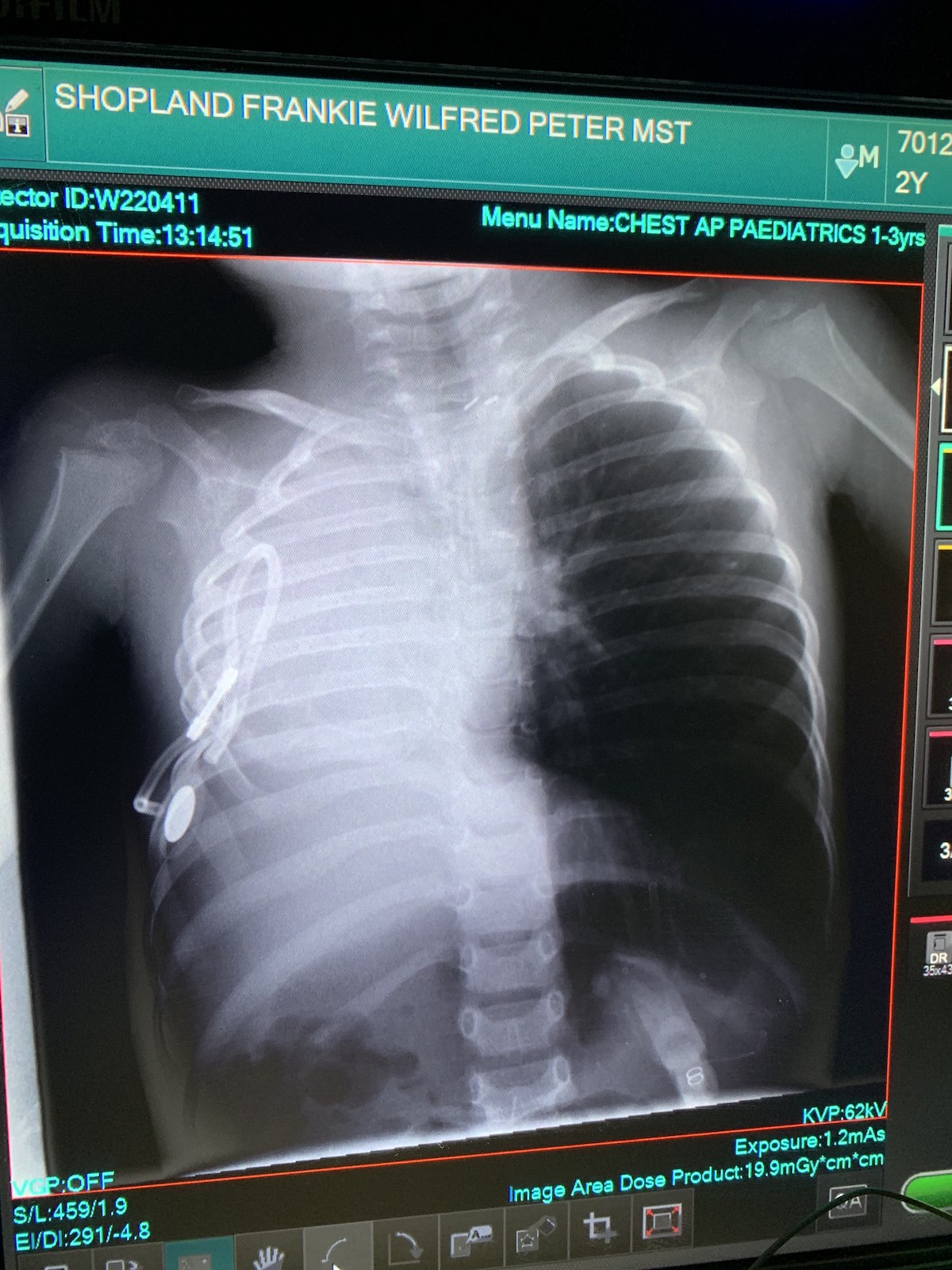 But Frankie was something of a miracle baby.

Because he was born with just one lung, one kidney and with his heart being on the wrong side.

Despite only being three-years-old, he's already spent more than 800 days in hospital, had two major surgeries and has only managed a nine-month stretch in his own home since being born in May 2016.

His parents, Amie Grant and Kerry Shopland, both 26, only found out something was up when the sonographer walked out halfway through Amie's 20-week scan.

“When that happened I knew full well that something wasn’t how it was supposed to be,” Amie, from southeast London, said. 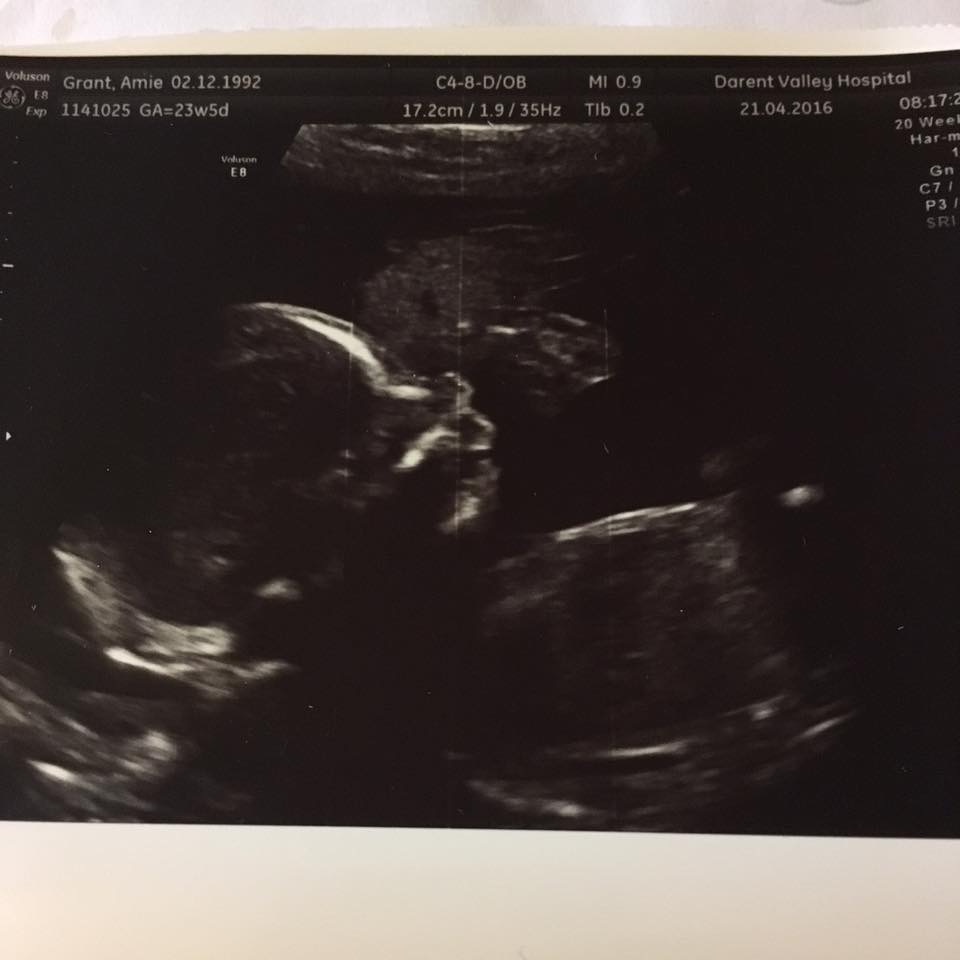 “We sat in another little room and we waited for someone to come in and she said ‘On the scan, it shows the baby has only got one kidney and the heart is on the right side.

“I rang my mum and I burst into tears.”

The couple were offered a termination but wanted to give their baby the chance of life.

“They said they’d never seen anything like it," Amie recalled.

“The next question was ‘Do you want a termination?’ But we never even had the conversation. “We just both went on the spot: ‘No.’

“All we kept thinking was ‘It’s his choice.’ If his heart was functioning fine and there was no sign of any other problem, give him the chance. And that’s what we did.” 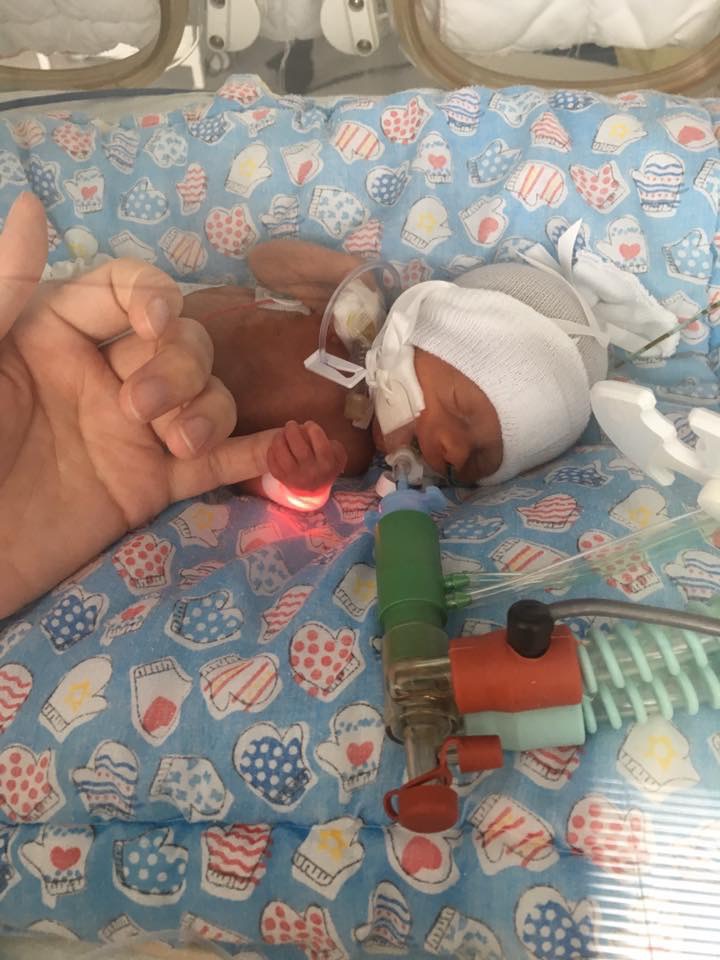 Three weeks later, a scan revealed that the baby only had one lung and at 26 weeks, Amie was diagnosed with pre-eclampsia.

By 29 weeks, the baby was in such distress that Amie was rushed to hospital for an emergency C-section.

Freddie was born weighing just 1lb 13oz, with his umbilical cords wrapped around his neck.

He was named after Chelsea fan Kerry's hero Frank Lampard.

Kerry said that the pair knew he was going to make it.

"We knew he was going to be a special baby. And he is. 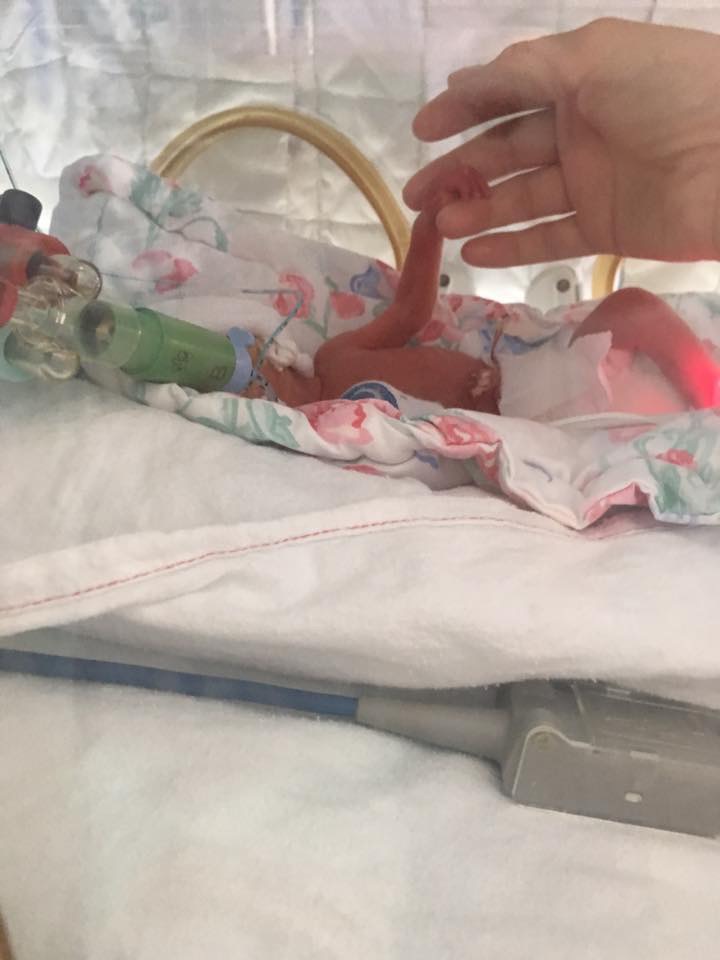 “He’s technically half a human, but to us he’s everything.”

Amie said the pair were told before she went into theatre that Frankie might die but they refused to believe it.

“We didn’t show negativity, we didn’t speak negatively, it was Frankie’s path, his journey and if he was going to make it he would make that footprint for himself. We didn’t want to doubt him.”

The tot was rushed to a neonatal care unit where he was put on a ventilator and to the amazement of doctors, was able to breathe unaided on the ninth day. 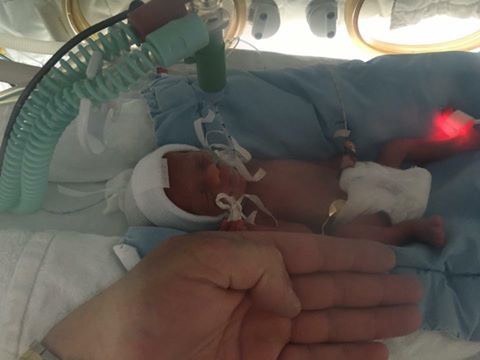 After a month – when he would technically have only been just 30 weeks' gestation – Frankie was off all support and was only being given a sprinkling of oxygen to help him cope with having one lung.

He was discharged after three months.

But by November 2016 – two months after going home – Amie noticed Frankie turning grey and he was rushed back to St Thomas’.

There, doctors found he had bronchiolitis – a viral infection of the airways – and pneumonia.

During investigations, docs found that not only did the tot only have one lung, but he also had a narrow airway which had grown into the area where his lung should have been. 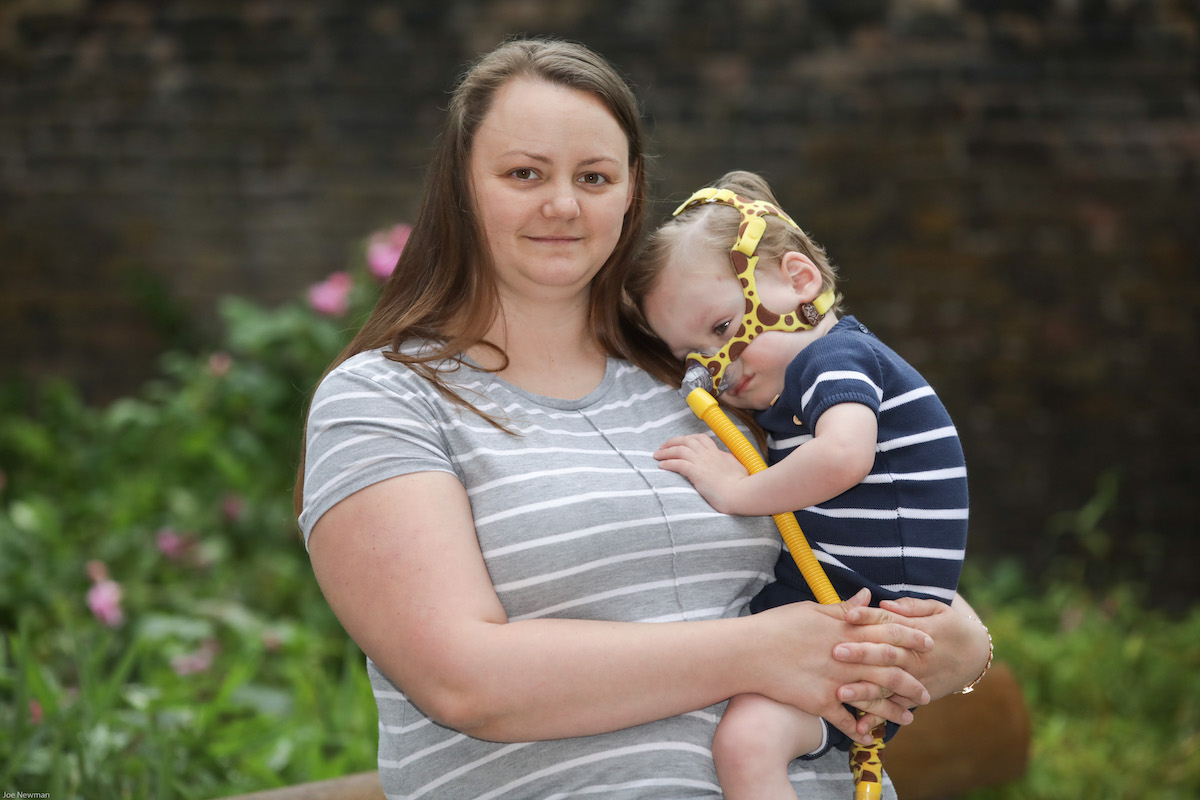 Although he was sent home, by Christmas the tot was back in hospital and his family was told he was so poorly he would have to stay there.

Meanwhile, Kerry and Amie had to move permanently to a Ronald McDonald House near to Evelina London Children’s Hospital, where Frankie was being treated.

During their stay, Amie discovered that she was pregnant with the pair's second baby, Delilah Rose, who is now two.

Frankie has had two major ops at Great Ormond Street – one to fit a plastic lung to act as scaffolding to keep his organs in the right place, and another to widen his airways.

Because Frankie was unable to use his vocal chords for so long due to being ventilated, he is unable to speak or drink. 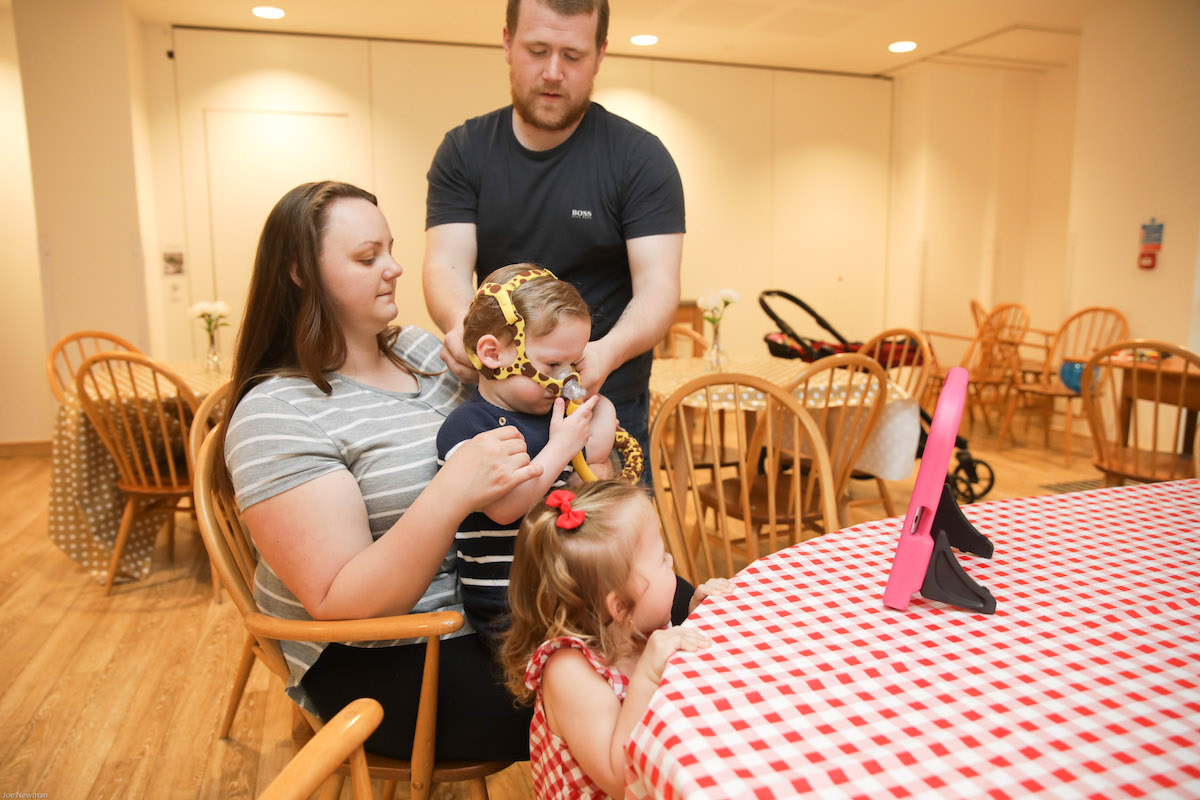 He needed a feeding tube put into this stomach so that he can take in liquids.

After the surgery, he had to stay in hospital for a year and eventually came home in December 2017.

But that stay only lasted nine months as he became sick again and had to return to hospital.

Now three, Frankie was finally discharged this week and although he still can't speak or drink, his family are hoping that he'll improve as he gets older.'

If the NHS wasn’t here, my son wouldn’t be here. It makes you a bit tearful

Because of his unusual condition, his parents are simply taking each day as it comes.

Like any other three-year-old, Frankie loves playing around outdoors, dancing and watching PeppaPig.

HIs parents are now hoping to find out whether any other kids around the world have his rare condition.

Kerry added: “That is one thing we’d love to know – is there another Frankie or is he the only one?

“It’s undiagnosed in this country but who is to say there’s not another one somewhere in the world?” 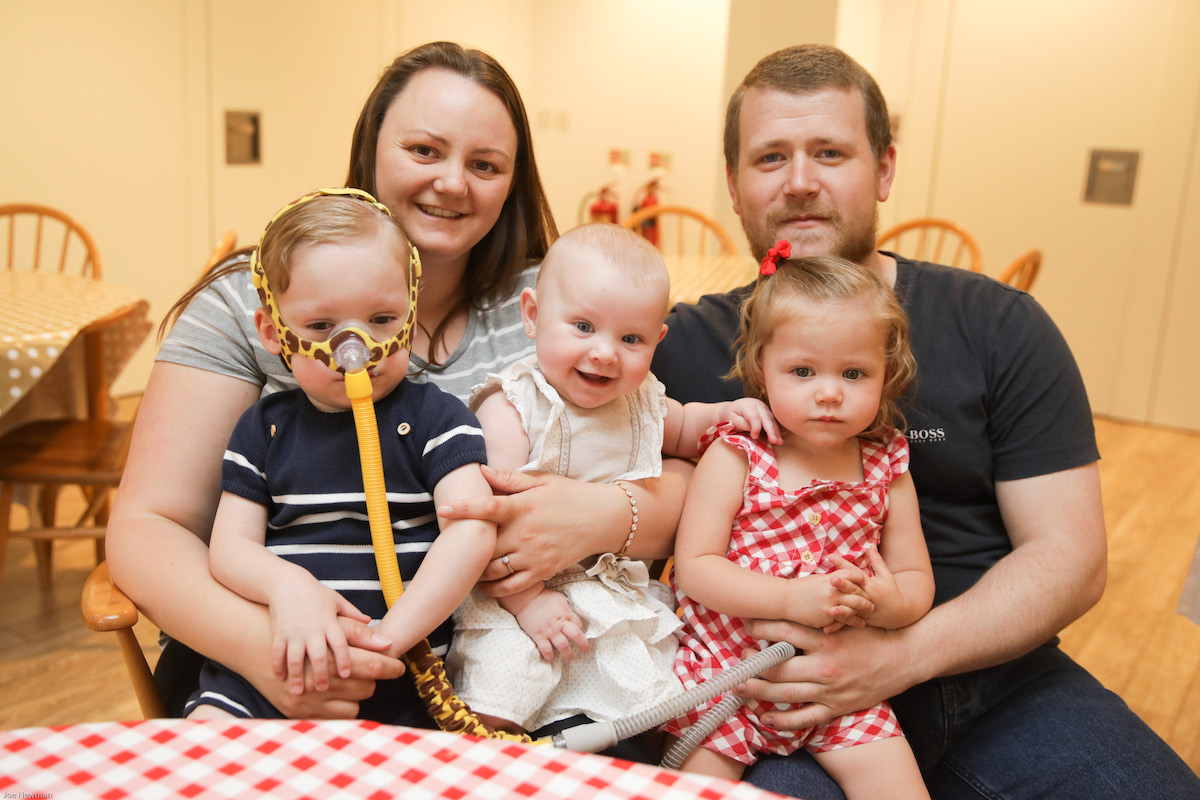 Full-time mum Amie, who has since had another daughter, said that docs were puzzled as to why Frankie had been born this way and his sisters hadn't.

They're both overwhelmed by the support from the NHS and Ronald McDonalad House, which provides accommodation for seriously ill children when they spend long periods of time in hospital.

Kerry added: “If the NHS wasn’t here, my son wouldn’t be here. It makes you a bit tearful.”

Dr Shelley Riphagen, consultant in children's intensive care at Evelina London Children’s Hospital, said: “The health problems Frankie was born with are rare. He is a very unique little boy and has undergone many complex operations and procedures to improve his condition.

“He continues to be cared for by multiple teams at Evelina London, and has done so since he was a baby. We are all very glad that Frankie is doing well and spends quality time at home with his family.”

And Sue Bennett, deputy house manager of the Ronald McDonald House Evelina London, said: "We're so glad that Frankie and his family were able to stay together while he received treatment.

"People assume that you go into hospital, get your treatment, and then go home but for many families this isn't the case.