A MUM-to-be was left seriously creeped out when she spotted a “shadowy figure” in the background of her video.

Taking to Reddit, her sister shared the unnerving Snapchat footage which her pregnant sis filmed while house sitting for a week. 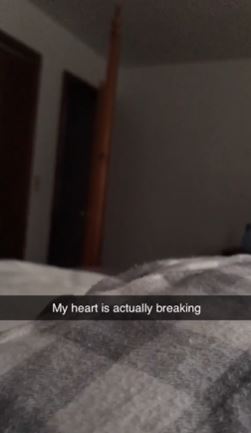 In the video, the woman films her moving bump while lying on the bed with only a cat and a dog in the house for company.

As the clip, captioned “My heart is actually breaking”, comes to an end, what appears to be a small figure emerges at the end of the bed.

The woman explained that her sister was in the house alone, and both the dog and the cat are white and so couldn’t be responsible for the eerie shape.

She added: “Both the cat and dog are white so it would’ve been clear if it was them. She didn’t even see the shadow thing until she watched the snap back.” 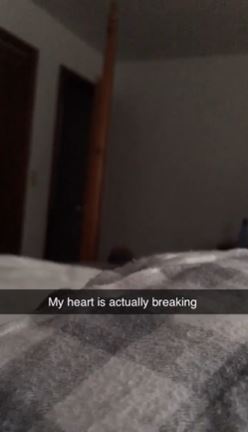 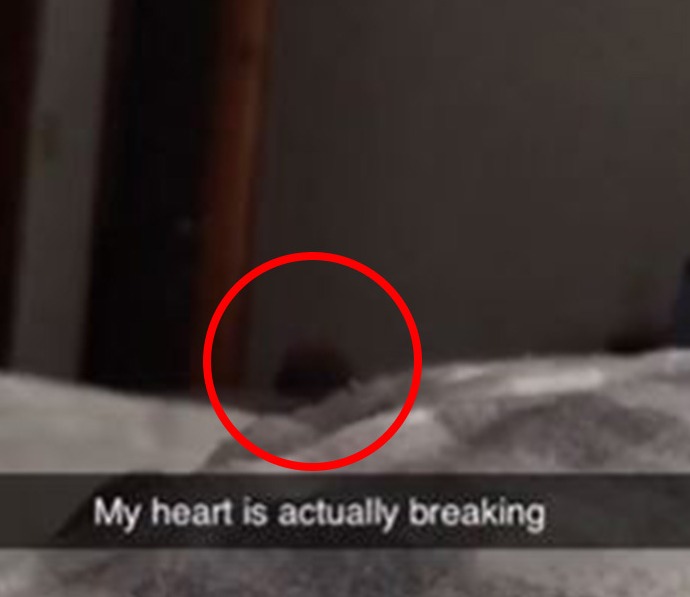 Fellow Redditors were left seriously creeped out by the video, with many agreeing that the figure resembled a small child.

Commenting on the post one wrote: “Hm I didn’t notice it at first, but now that I have, I wish I hadn’t. That’s creepy as hell.”

Agreeing a second added: “I'm pregnant and laying in bed in the dark. This gave me hard-core chills!”

The woman said that while the sister hasn’t experienced any other paranormal activity in the house, she said “the house felt heavy and like someone was watching her.”

In other paranormal news, this mum was left creeped out after people spotted a "ghost child" in the background of her wedding dress snap.

And this woman claims that her husband bought a ghost into their home who constantly bangs doors.

Plus this family claim that their Frozen Elsa doll is haunted, and it keeps coming back into the house.