Queen Letizia has been the one to watch for style this summer, not only for her trendsetting espadrille wedges but her impressive collection of dresses too. The Queen of Spain, 47, was a vision in white for the third time in just over a week as she stepped out in Ibiza with her husband, King Felipe VI, 52. The couple took a day trip to the White Isle during their annual holiday.

Queen Letizia has been touring Spain with her husband following the easing of lockdown after the coronavirus pandemic.

Now on their annual summer holiday, the royal pair have been visiting the Balearic Islands to show their support to local communities.

For Monday’s trip, Queen Letizia wowed in another beautiful white summer dress – and it was made by an Ibiza-based brand.

The frilly maxi dress featured a flattering V neckline to the front and back, with a cinched in waist and guipure lace detailing. 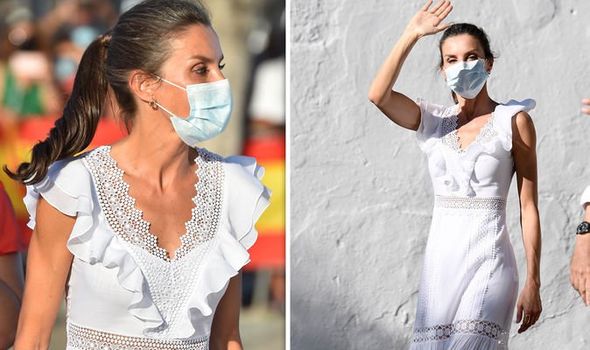 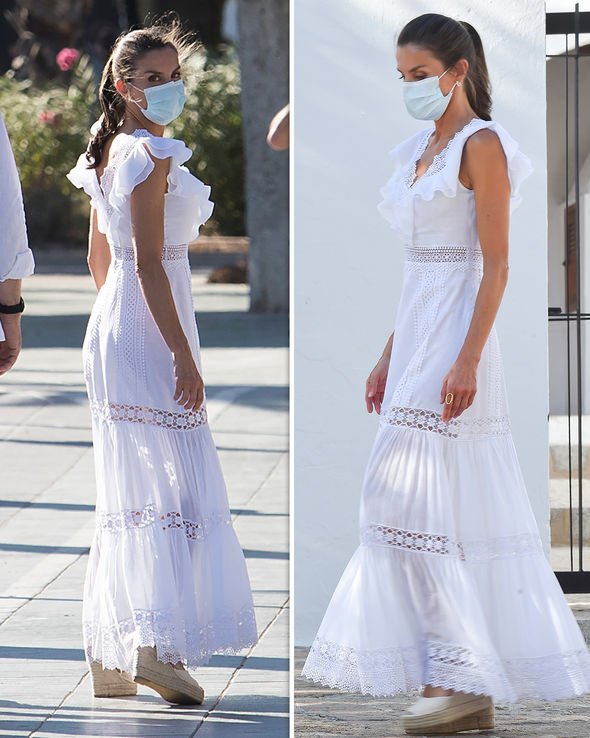 The voluminous tiered skirt looked effortlessly cool on the royal’s slim frame, while the bright white showed off her impressive tan.

The dress is one of Queen Letizia’s more expensive wardrobe numbers, selling for €549 (just under £500).

Queen Letizia has been subtly showing support for Spanish brands throughout her recent tour, and Monday’s dress was no exception.

The show stopping outfit is called the Aida dress and was from Charo Ruiz, an Ibiza-born brand.

The brand describes the Aida dress as “born as an ode to sensuality, celebrating the femininity of the beautiful curves of your body”.

It adds that the dress is “the epitome of free spirited romantic style”.

The dress is also available in black and a more muted “nude” shade, and is available in sizes small to extra large.

The cocktail dress is still in stock, but will no doubt sell fast as royal fans flock to get the look. 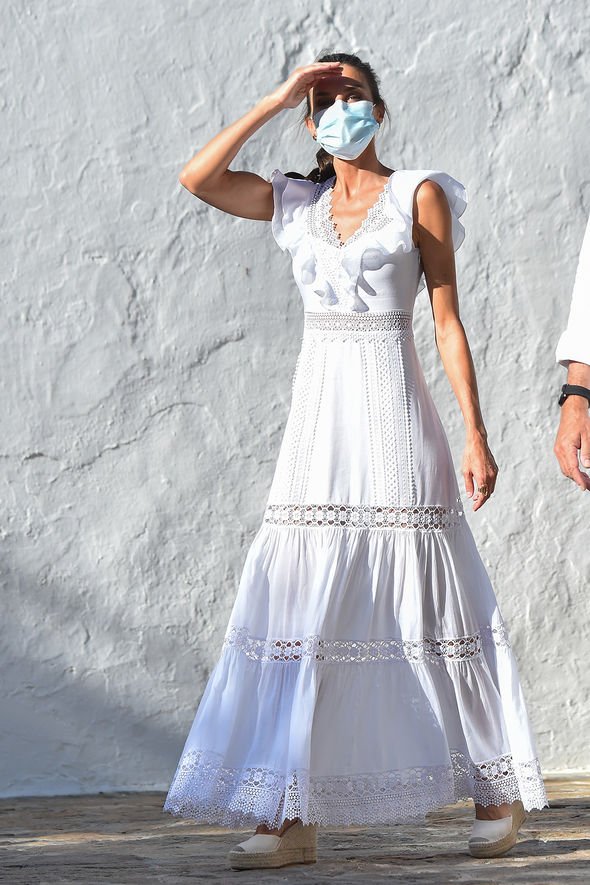 She also wore her favourite Macarena espadrilles, which have become a royal style staple this season.

The mother of two has quite the collection of the summer shoes, and has been spotted in designer brands and Spanish labels in recent weeks.

Kate Middleton, Sophie, Countess of Wessex and Meghan Markle have also been spotted in the comfortable smart-casual shoes.

Queen Letizia kept the rest of her look simple for the day trip, wearing her favourite Karen Hallam gold ring and a pair of gold hoop earrings.

She had her long brown hair swept back into a ponytail, with natural eye makeup and her usual disposable mask, something both she and her husband have worn for all their tour visits.

He left the country earlier this month after it emerged his finances are under investigation in a major corruption probe.