To mark the Queen’s Platinum Jubilee year, the monarch’s coronation gown and accessories will be displayed in the Lantern Lobby of Windsor Castle. The Queen’s coronation earrings and necklace have been worn by five generations of British queens, and are thought to be worth £300,000.

The Queen’s coronation necklace was originally made for Queen Victoria in 1858 and it is bedecked with 28 diamonds, including the Lahore Diamond gemstone pendant.

Queen Alexandra, Queen Mary and Queen Elizabeth, the Queen Mother, later all wore the necklace at their respective coronations in 1902, 1911 and 1937.

The coronation earrings are each made of three different shaped diamond stones, and they were also worn by Queen Mary and the Queen Mother.

Jewellery expert Claire Beatson of the ethical jewellery brand Nightingale said of the Queen’s coronation earrings: “Each earring features a stud set with a cushion-cut diamond, a round brilliant diamond link and a large pear-cut diamond. 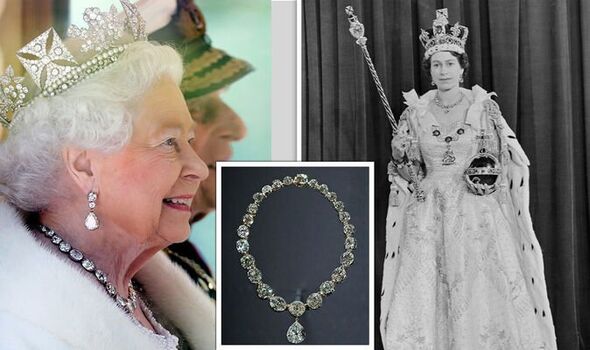 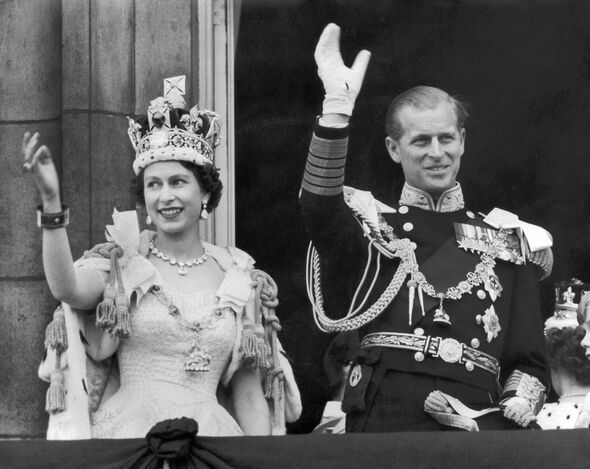 “Despite being very similar, the pear diamonds actually aren’t identical.

“Whilst a modest design, the origin is anything but. The pear diamonds in these earrings originally came from the Koh-i-Noor armlet, a famous piece that housed a 100-carat diamond which featured in the crown jewels.”

The necklace and earrings will be displayed alongside four of the Queen’s brooches that represent each nation of the UK. 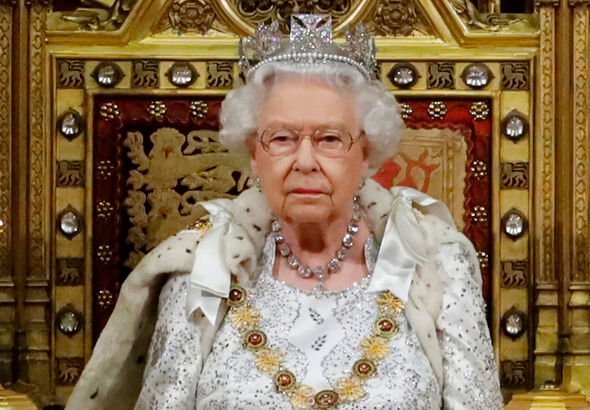 The brooches are gold and are set with white, pink and yellow diamonds.

Northern Ireland’s brooch features a sprig of shamrock and is set with emeralds.

Visitors to Windsor Castle will be able to view the stunning gem collection themselves alongside the Queen’s iconic coronation gown.

Designed by one of the Queen’s favourite designers, Sir Norman Hartnell, the Queen’s coronation gown was made of Duchesse satin and embroidered with seed pearls, sequins and crystals. 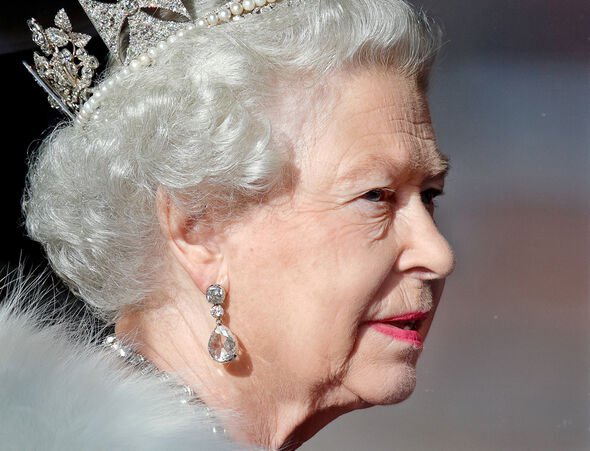 The Queen, then aged 27, also requested the emblems of the UK home nations and other independent states where she was monarch be sewn onto the gown.

‘Platinum Jubilee: The Queen’s Coronation’ will be displayed at Windsor Castle from July 7 to September 26, 2022, and it is included in the price of a general admission ticket.

Windsor Castle is open to visitors from Thursday to Monday, remaining closed on Tuesdays and Wednesdays.