Kate Middleton often wears stunning jewels, and this dazzling necklace was no exception.

What is this piece, and what is its origin? The necklace has a fascinating story.

This incredible piece of jewellery is made from stunning platinum and diamonds.

Not a part of the royal collection, this is actually a piece of jewellery that personally belongs to the Queen.

The piece, known as the Nizam of Hyderabad necklace, is distinctly different from many royal necklaces, due to its long length and heavy shape.

However, it gives us and insight into the tastes of a young Elizabeth, whose choice of jewellery and clothing is often dictated by duty rather than personal preference.

The piece was a gift from the the Nizam of Hyderabad, Asaf Jah VII.

Elizabeth personally picked out this piece for herself from Cartier’s collection after the hugely wealthy man instructed the French jewellery house to allow then Princess Elizabeth to choose anything.

She chose this necklace, with 12 emerald-cut diamonds and a pear-shaped drop plus a chain of 38 brilliant-cut diamonds, and a matching tiara. 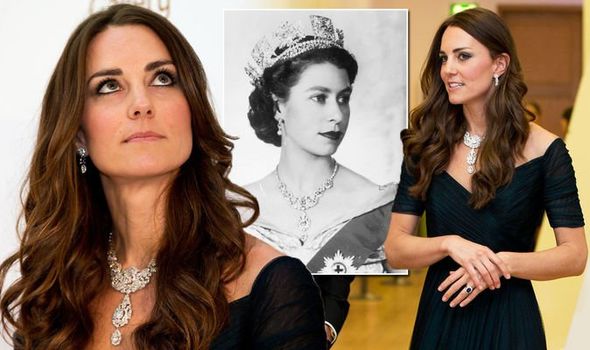 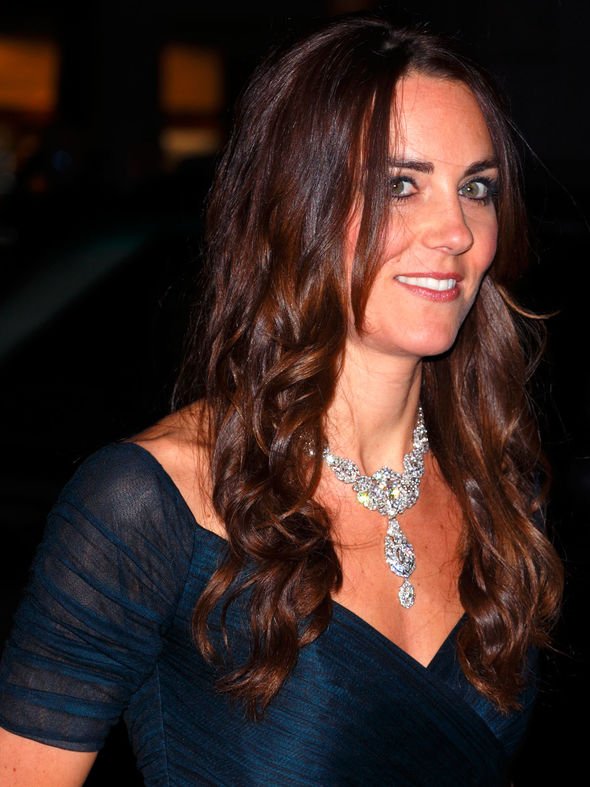 The matching tiara is also diamond and platinum, and has a huge central role created from diamonds.

Left and flower motifs cover the piece, which as three rose brooches.

While she chose this piece for herself, the Queen seemed to fall out of love with the piece, deciding to break it up and use parts of it to create the Burmese Ruby Tiara.

However, she still keeps the floral brooches from the tiara.

Kate wore the necklace on 11 February 2014 at the National Portrait Gallery. 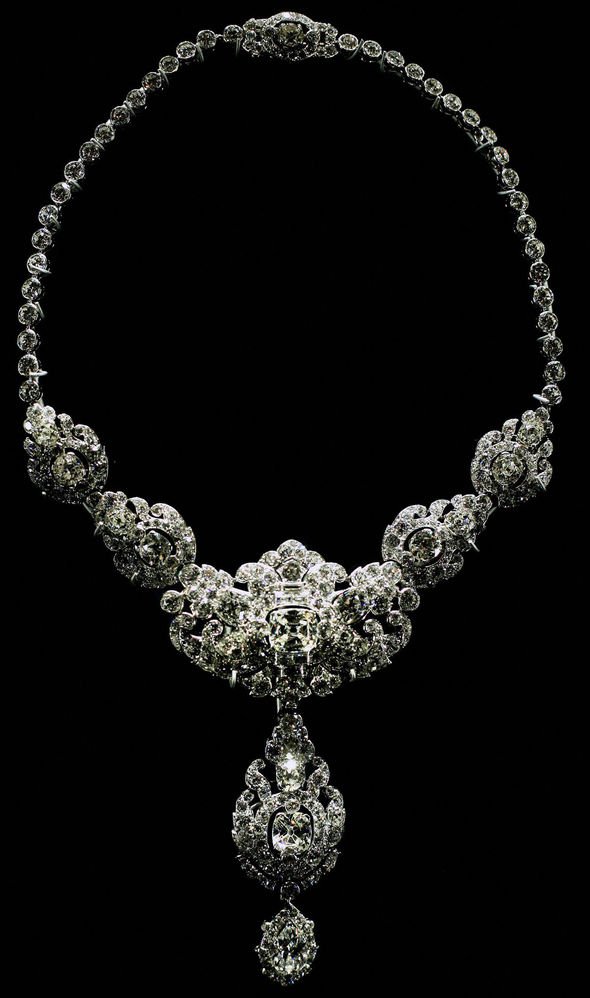 The Queen wore the Burmese Ruby Tiara to the recent state dinner with Donald Trump.

However, this caused a conspiracy theory to erupt on Twitter.

One Twitter user wrote: “The Queen wore her Burmese Ruby Tiara to protect herself from evil during Trump’s visit and I AM CACKLING.”

Another tweeted directly at the President, and wrote: “The Queen throws shade on you in every instance. Her tiara last night was given to her to ward off evil. She wore it your presence. She rocks.”

“Queen Elizabeth is a hero. That tiara she’s wearing is made up of 96 rubies gifted to her on her wedding day by the people of Burma to ward off disease,” another added.