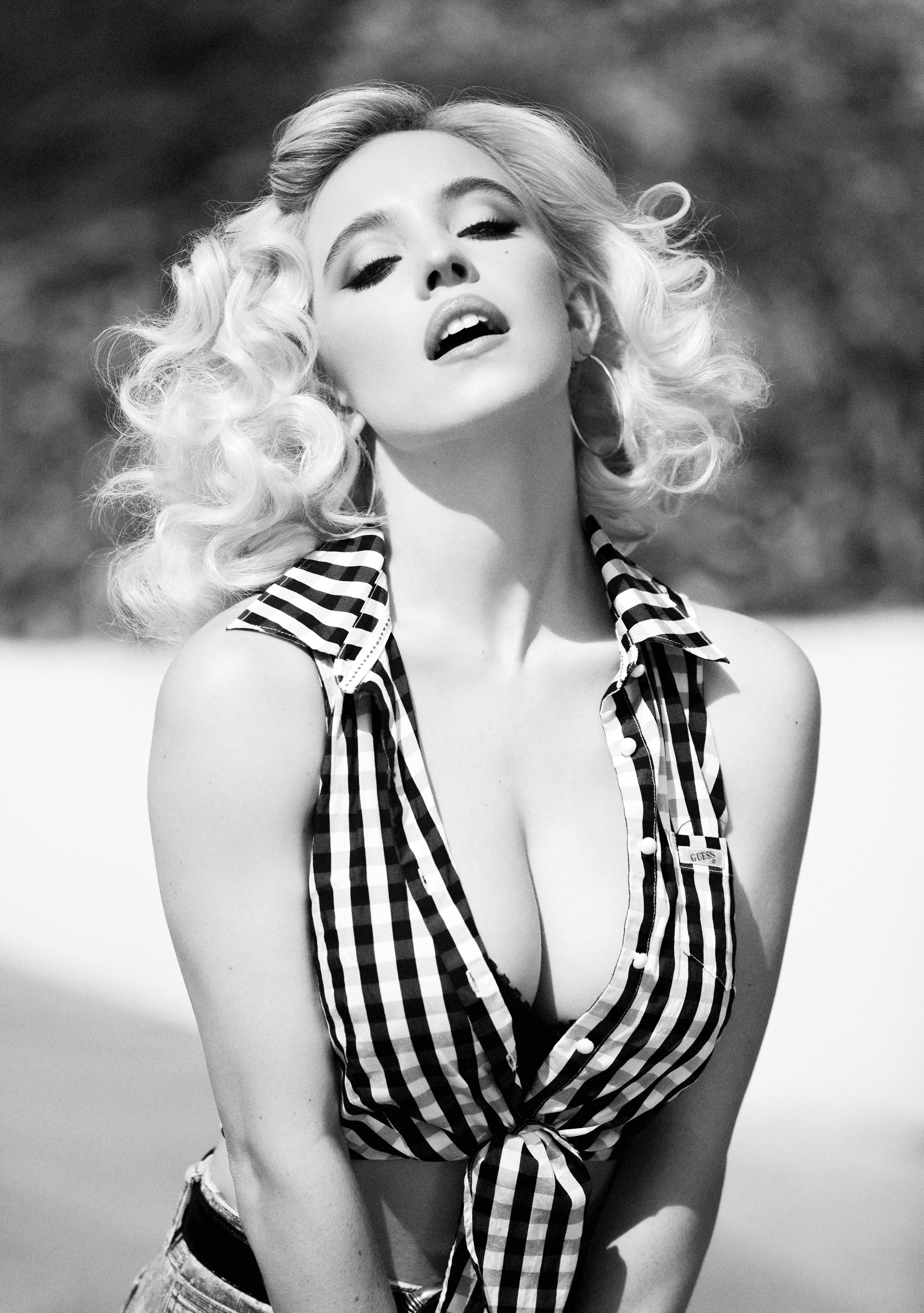 The American label Guess has a history of turning girls into supermodels and celebrities into fashion icons. Take Anna Nicole Smith, for example, a then little-known model who replaced Claudia Schiffer as the face of the brand back in 1992 and instantly catapulted to a higher level of stardom. Then, there are the ones who start young, a la Gigi Hadid, whose modeling career began all the way back in 1997 when she began modeling for Baby Guess when she was just two years old; flash forward to 2017, and the blonde beauty is one of the most in-demand faces in the world. Meanwhile, celebrities like Camila Cabello, Joe Jonas, and Jennifer Lopez have all done promotional stints for the brand.

The latest up-and-comer to get in the good graces of Guess? The White Lotus and Euphoria star Sydney Sweeney. In a mark of the brand’s heritage, her campaign directly references Anna Nicole Smith. Take a look at Sweeney’s new campaign and all the famous Guess “whos” over the years.

The GUESS Originals x Anna Nicole Smith Collection, designed in conjunction with Cali Thornhill Dewitt, take inspiration from another 1992 photoshoot of Smith in Miami by Wayne Maser. Vintage photos and the color teal, reflecting the waters of Miami, are used throughout.

The collection mixes current trend with ‘90s inspiration, but Sweeney herself looks timless.

In 2018, Jennifer Lopez took her turn as a Guess girl. She returned in 2020, and helped edit a capsule collection.

Upon her transition to solo star, Camila Cabello also did time as a Guess girl.

Back when she was known as “Hailey Baldwin,” an up-and-coming Hailey Bieber did several campaigns for Guess.

Gigi Hadid famously starred in a Guess campaign a two-year-old, and returned to model for the brand for several seasons as a teenager which lead directly to her current status as “supermodel.”

While the brand is best known for its female faces, Joe Jonas’s 2017 underwear campaign remains seared in some people’s brains.

Naomi Campbell modeled for Guess often throughout the ‘90s.

She returned to the brand in 2016 to pose alongside A$AP Rocky.

She wasn’t afraid to let out her wildside.

Laetitia Casta did her time as well.

During her wild child days in the ‘90s, Drew Barrymore also did a campaign for Guess.

Of course, its Anna Nicole Smith who remains perhaps the most legendary Guess girl.

Her Guess campaigns helped catapult her into the mainstream.

Though, it was technically Claudia Schiffer who preceded her in the role of Guess blonde.

Schiffer’s work for Guess began before she was a full-fledged supermodel. By the end of the ‘90s, she’s be a Chanel regular.