A TERRIFIED mum is convinced there’s someone living in her attic after she saw a figure walk past her daughter’s crib – she says she’s moving house and buying a gun.

Mum Laura shared the scary footage and thousands agreed there was someone in her daughter’s bedroom. 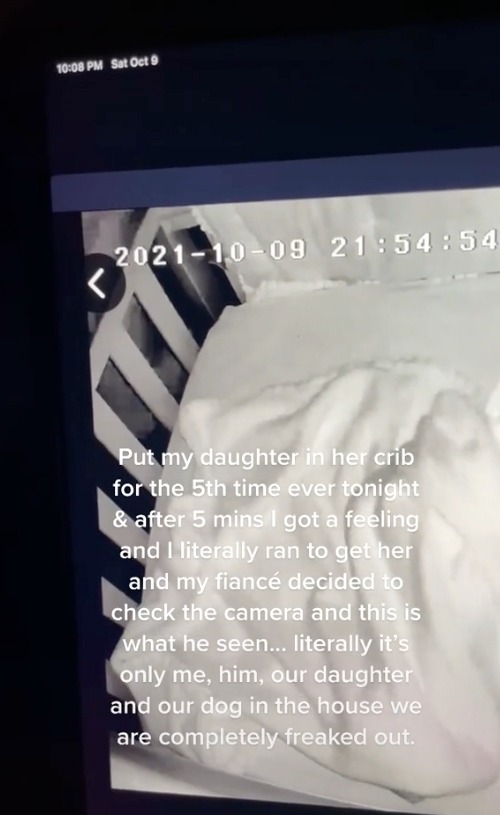 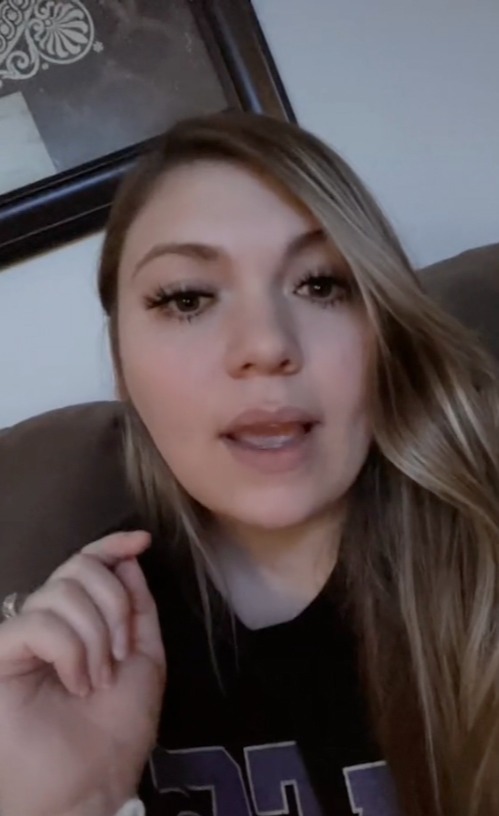 It wasn’t until commenters started giving her advice that she realised there might be a stranger living in her house.

Laura told the story in detail on her page.

She said: “I put her in her crib and I came back downstairs. Me and my fiance and my dog are downstairs and we have an iPad that we have connected to the monitor, so we’re watching her on the iPad.

“And I never seen anything weird while just sitting here, I just got a bad feeling and decided to just literally run upstairs and grab her.”

When the mum came downstairs with her daughter, her husband asked her why she had gone to get her, and she told him she had a bad feeling: that’s when they checked the footage.

Laura continued: “After I had put her down to sleep and left the room, maybe five minutes later, there was legs that were walking out of her room.

“Her window is locked, there’s no other entrance to that room. You never see nothing going in, it just was legs going out. My fiance literally started shaking and crying.”

At this stage, Laura began to think there was someone inside her home.

She said: “My first thought was: ‘There’s somebody in our f***ing house.”

But she didn’t consider the idea that she might have a squatter until commenters raised the idea.

“It never had crossed my mind until I read a comment that said: ‘check the attic.’

“We had my fiance’s family member, who works in law enforcement, come back out to check.

“So, he goes up there, and doesn’t see anything really out of the ordinary, no signs of a squatter really, but he did find an unopened can of food. That’s a little concerning for me.”

The mum added that she and her husband will be purchasing a gun and that they’re already looking for a new place to live.

Commenters were terrified by the footage, which has racked up 8.7 million views.

One said: “That just gave me the worst feeling in my whole body.”

“That’s no ghost. That’s a literal man. You’re not alone right?! Call the police!!!!”, urged another.

A third said: “Not to freak you out but we had a stalker living in my attic as a kid. So get that checked out.” 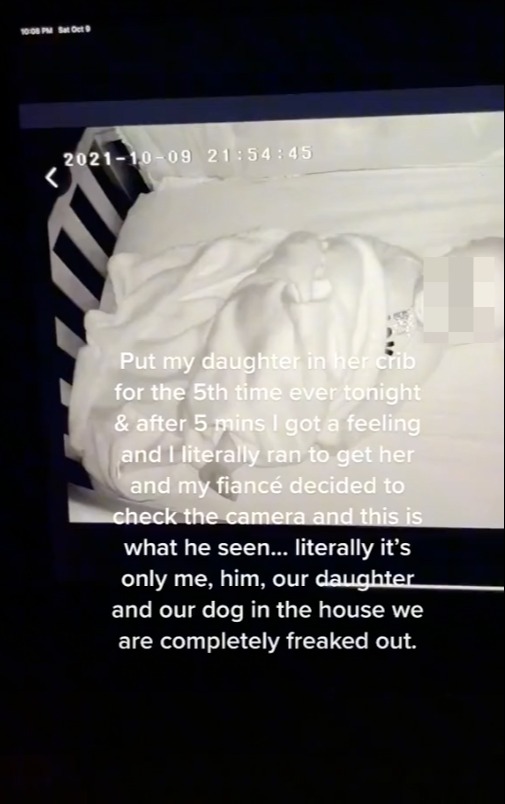 For more parenting stories, this nursery blasted for telling mums they need consent from the TODDLERS before doing nappy changes.

And this mum reveals crafty hack to make sure you’re always buying the right size for kids’ shoes.

Plus this proud mum shares freezer full of meal prep – but gets blasted for cooking for son, 30, who doesn’t even live with her.