What’s it like to dress teen witches in 2020? Costume designer Avery Plewes of The Craft: Legacy, the sequel to the 1996 original, The Craft, reveals to ET how she created iconic fashion moments for a coven of a new generation.

Plewes, whose work can also be seen in Ready or Not and J.T. Leroy, paid homage to the supernatural cult classic while creating personalized looks for each of the girls in the reboot — Lily (Cailee Spaeny), Lourdes (Zoey Luna), Frankie (Gideon Adlon) and Tabby (Lovie Simone).

“I definitely used the original sort of like a blueprint in terms of looking at silhouettes and some of the most iconic pieces and how I could bring inspiration from the pieces to the new one,” Plewes tells ET over the phone.

Many of the trends seen in the ’90s original are currently back in style — something the costume designer kept in mind while putting together the new looks.

“The girls are supposed to be outsiders and we wanted them to look cool, but a lot of really trendy kids today are actually dressing like they’re from the original Craft,” Plewes says. “So it felt insincere to the story to actually dress them like the original.”

“You can’t reinvent something like that movie. We had to do something new and different, so we decided to design the girls based on the element they represent,” she adds. 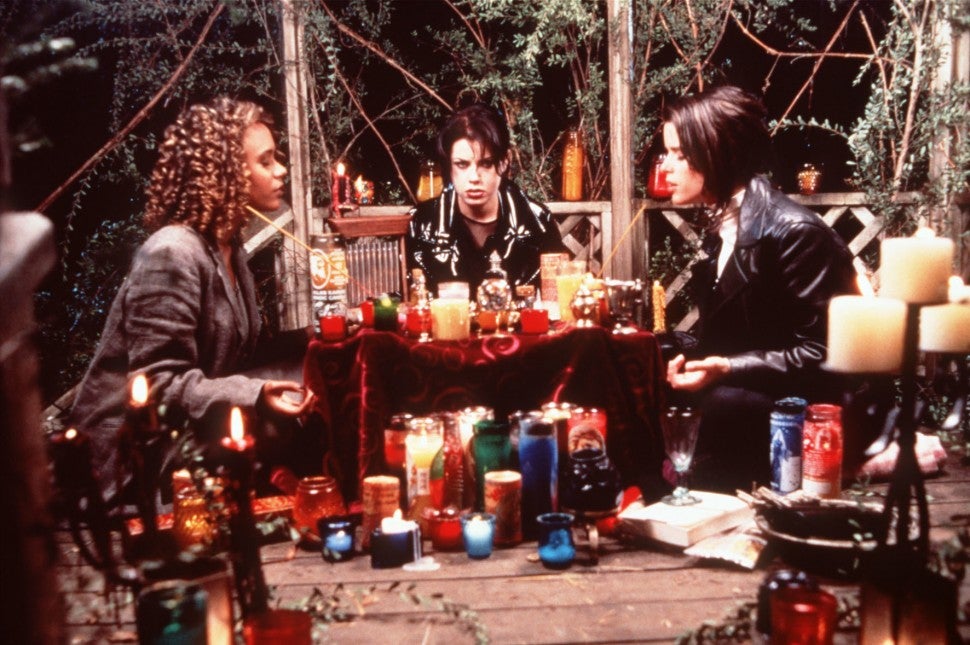 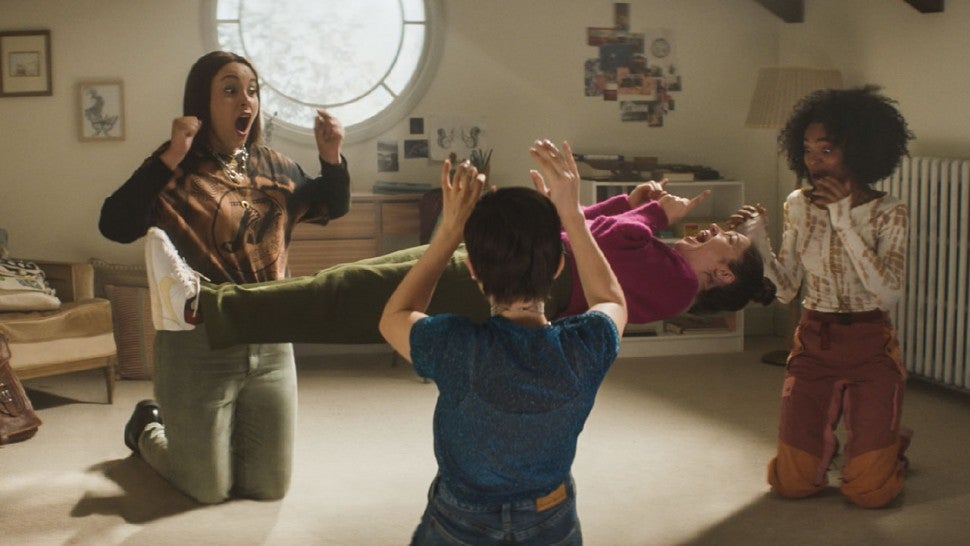 Read on as Plewes breaks down each girl’s style, and browse through ET Style’s selection of key clothing and accessories to shop so you can dress like Lily, Frankie, Tabby and Lourdes in real life. 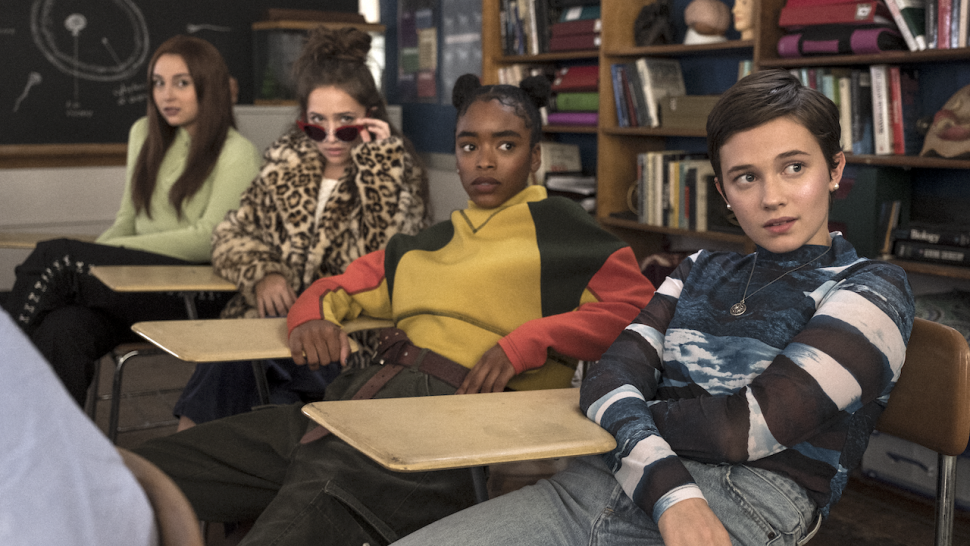 “Lily is water and I used a lot of pearls and tie-dye and blue within her closet and assigned her the crystal aquamarine. Her silhouette is very ’90s because I really wanted to give her that throwback element and pay homage to the original. She also wears a lot of chokers as an homage to Nancy in the original. They just happen to be pearls in this one.” 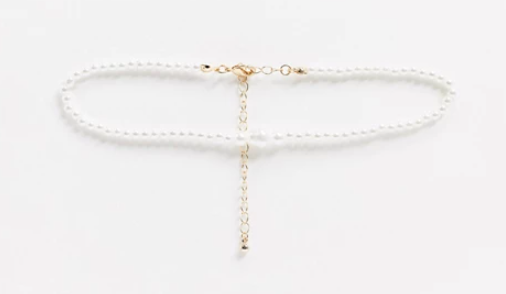 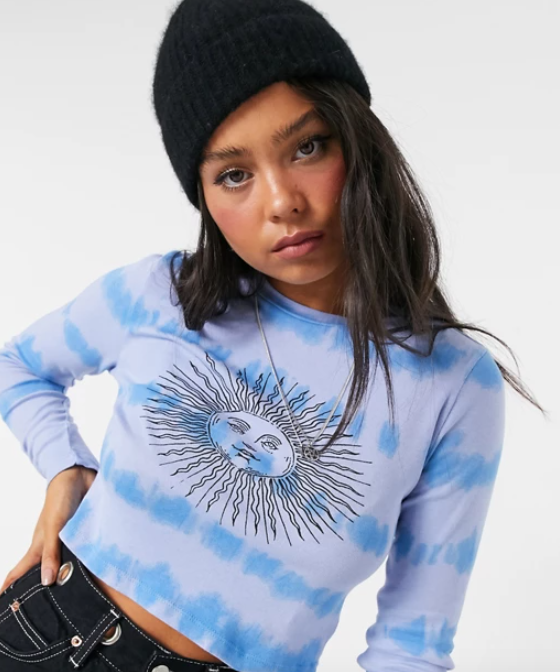 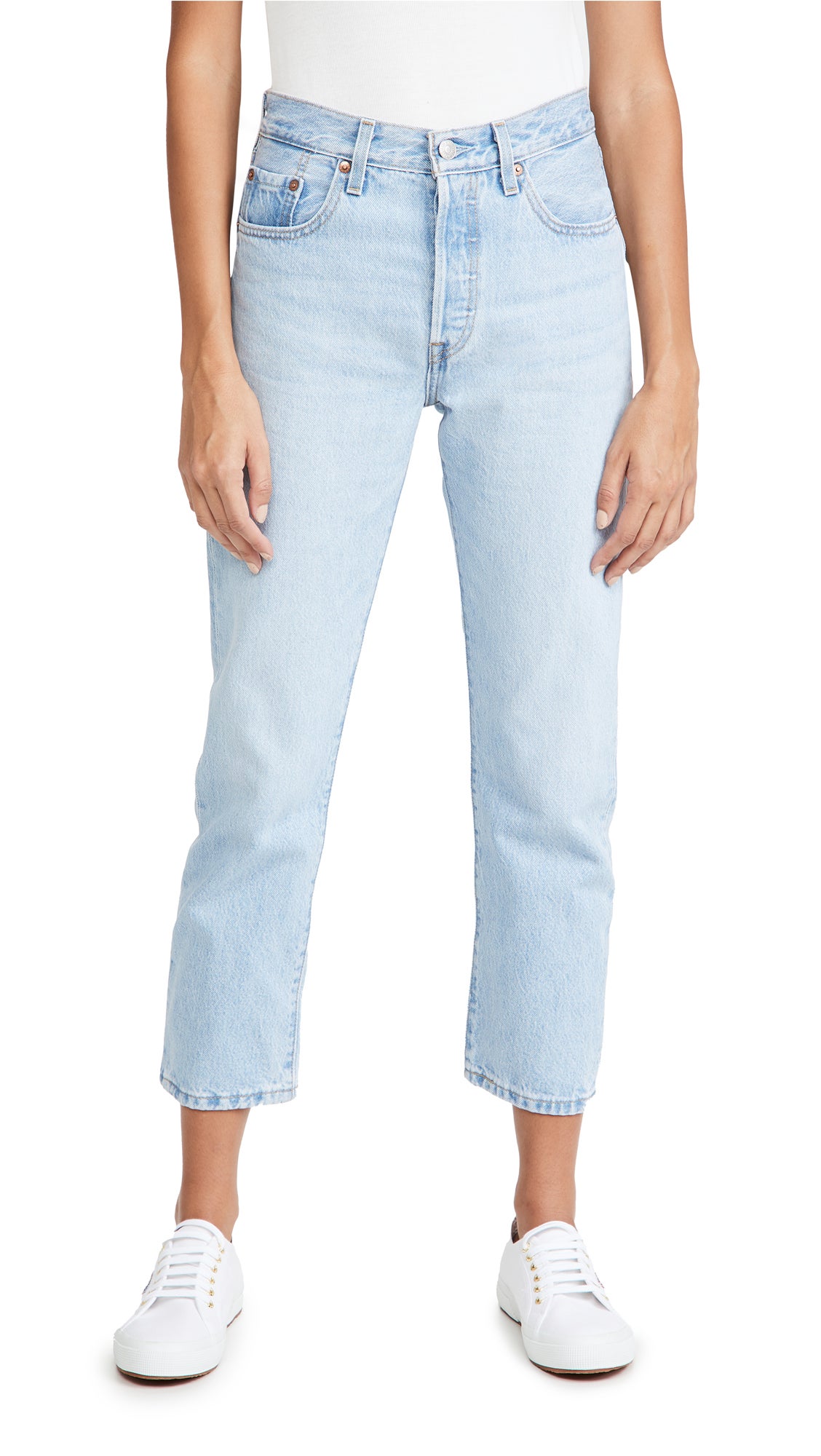 “Frankie is air and so her closet has a lot of stripes in it. It’s very chaotic and inconsistent much like air. Purple and white represented air and amethyst was the crystal we assigned her and there’s also the use of fringe on one of her costumes that represents air. We decided to stay away from a lot of jewelry for her just because it felt too complex in contrast to how chaotic her closet is.” 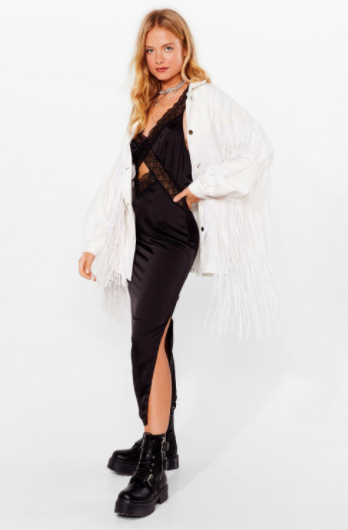 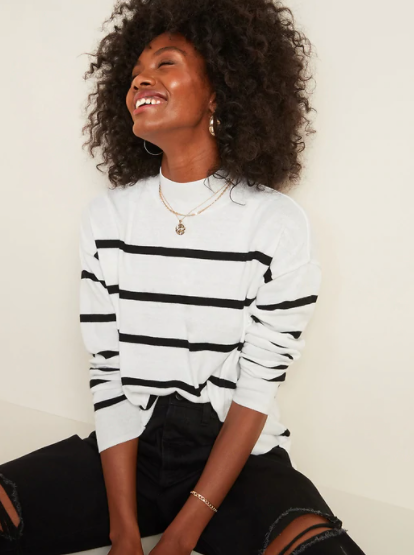 This iridescent purple mini skirt from Dolls Kill resembles the color of amethyst. 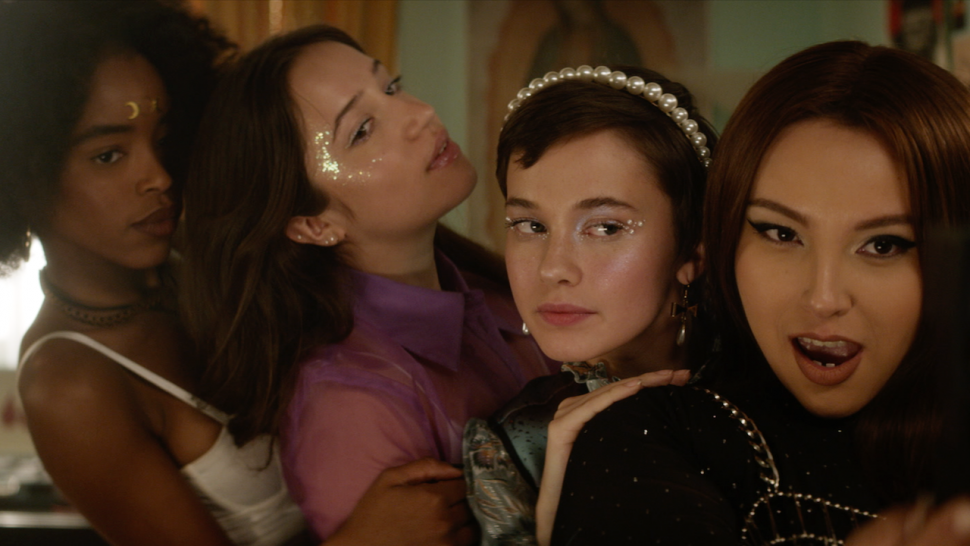 “Tabby is fire, so we did a lot of color-blocking and her main color is orange. Her crystal is sunstone. Sunstone is a flame motif. You’ll see a couple times throughout the film flames and copper jewelry, and I wanted her to feel really adorned. Tabby’s character is sort of the most captain in that regard and so I wanted her to feel always adorned for practicing magic. Also, she’s a gamer so a lot of her silhouette is based on powerful women in video games, like the cargo pants kind of vibe. And then the corset in the party scene is kind of a nod to that.” 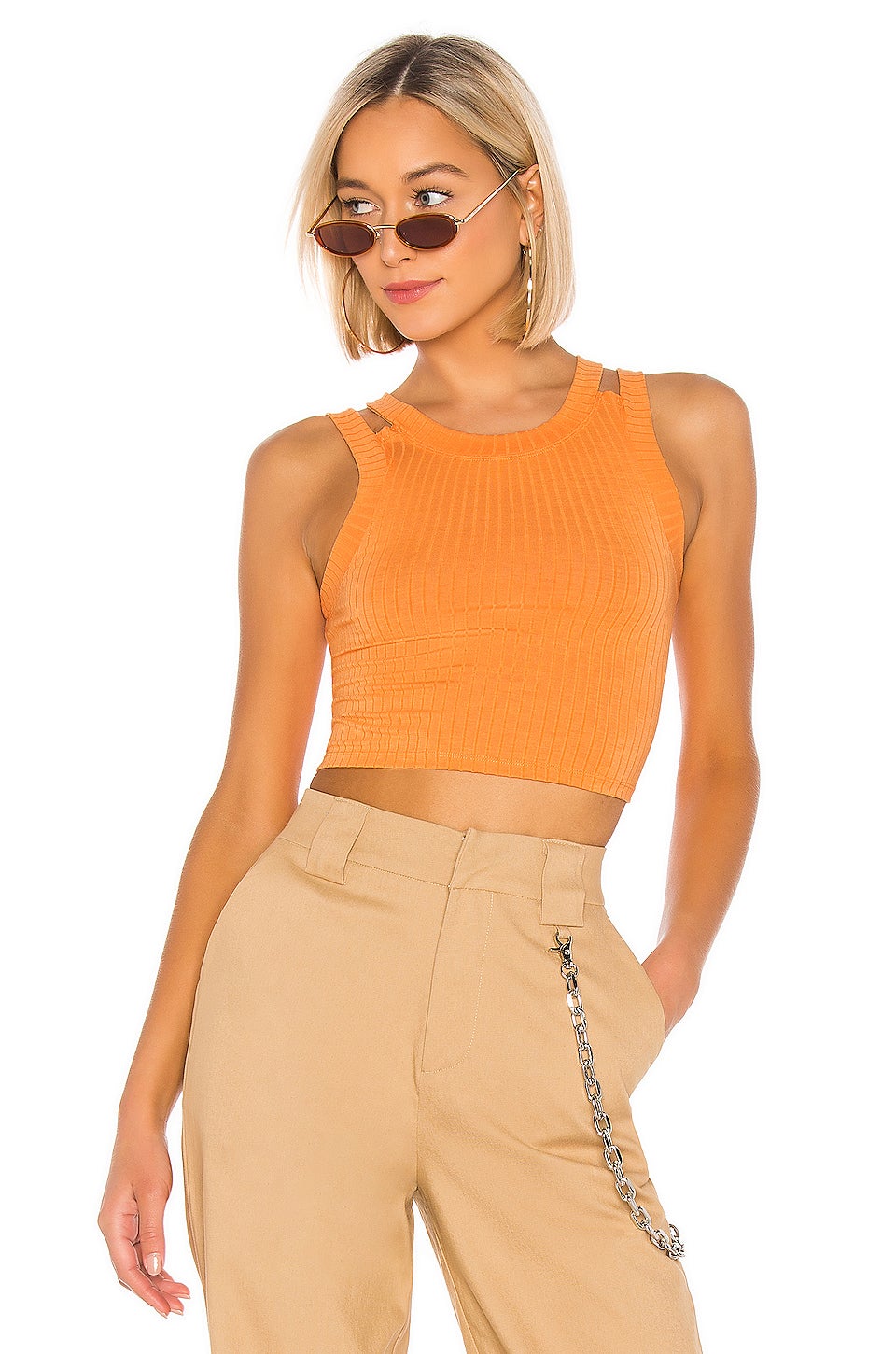 An edgy ribbed tank with cut-out detail in a fiery orange shade, available on Revolve. 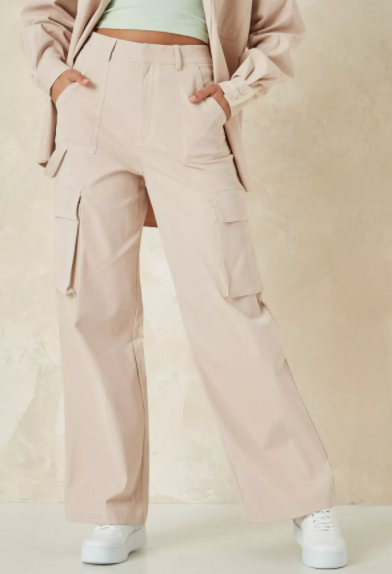 Cargo pants are a staple for Tabby, like this Missguided pair. 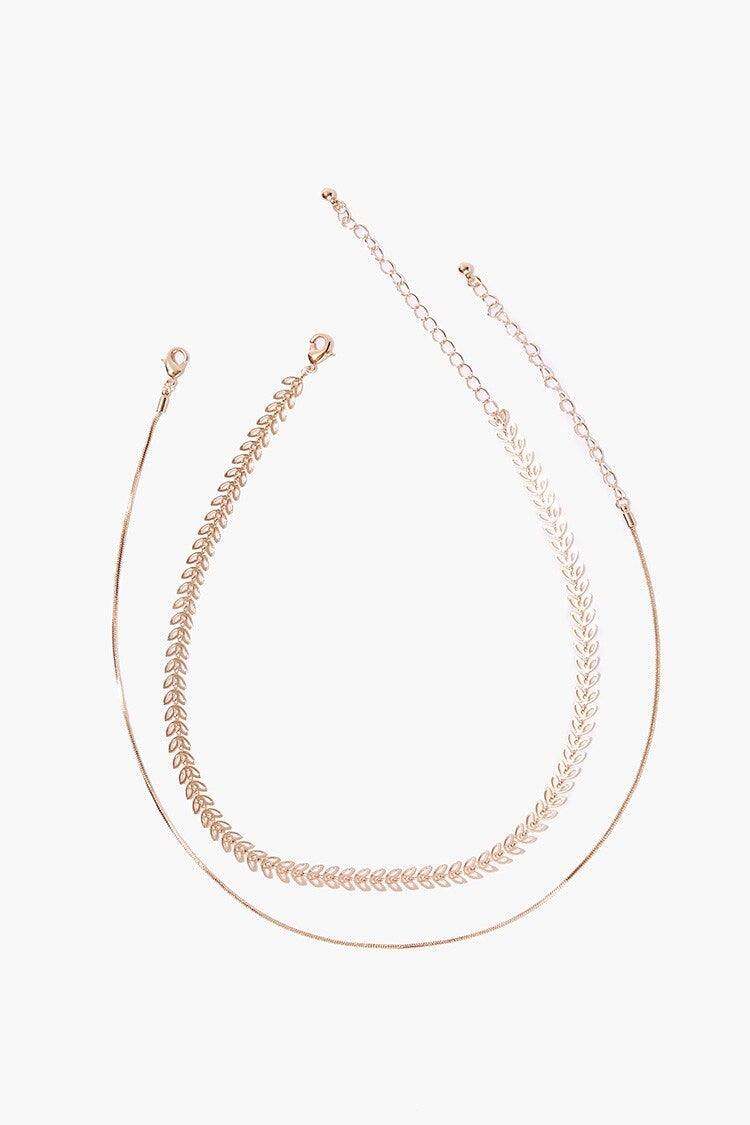 Finish off the outfit with this Forever 21 two-piece necklace set.

“Lourdes is earth and her main color is green. We used a lot of plaid and velvet. Plaid representing the highlands and velvet is kind of like moss. Her crystal is malachite. That was the base point for them, and Lourdes also wears a lot of patent leather jackets, which was also a nod to the original.” 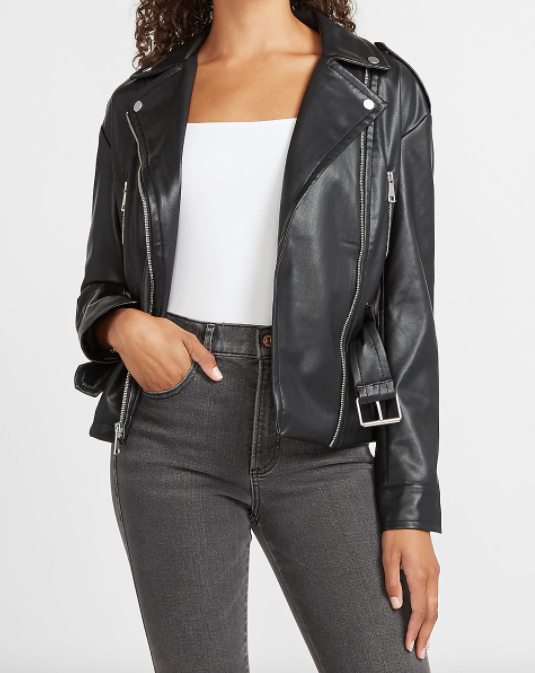 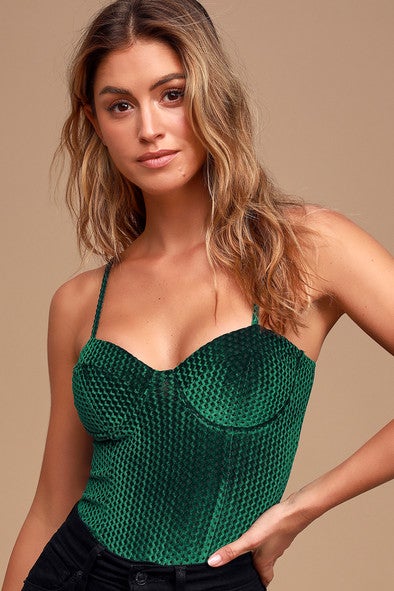 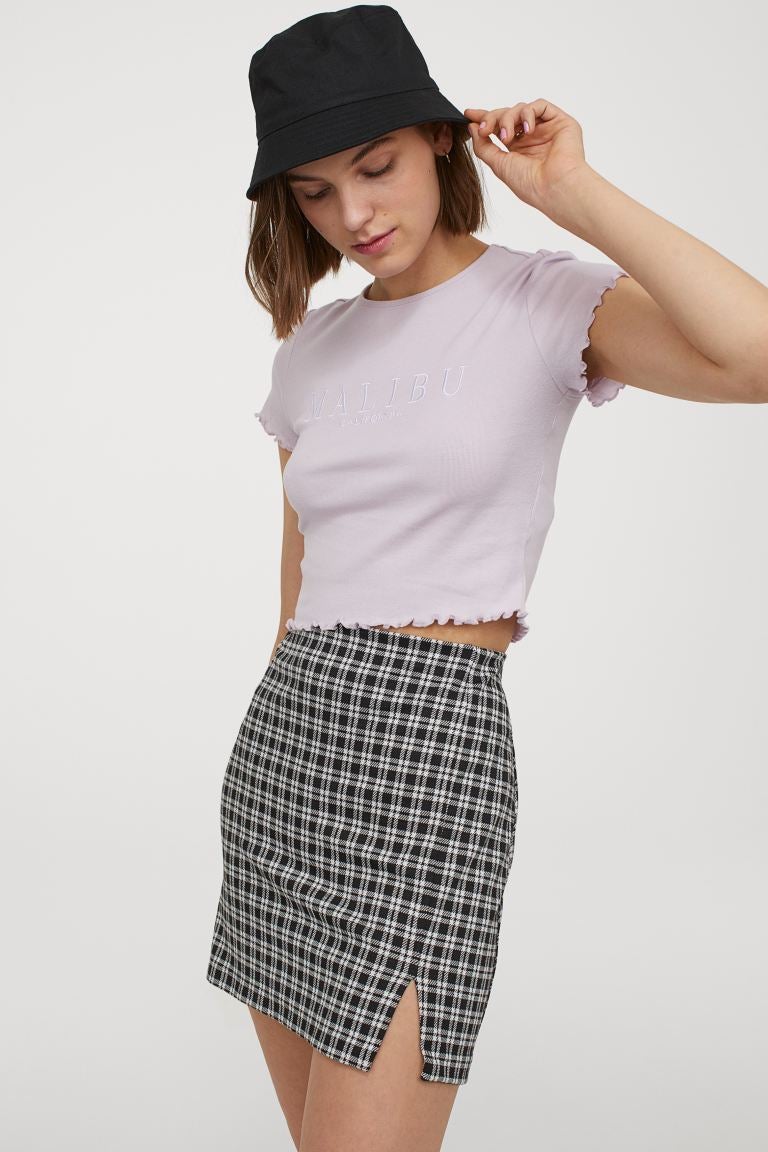 This H&M plaid mini skirt is perfect for this look.

Editor’s note: The interview was edited for length and clarity.