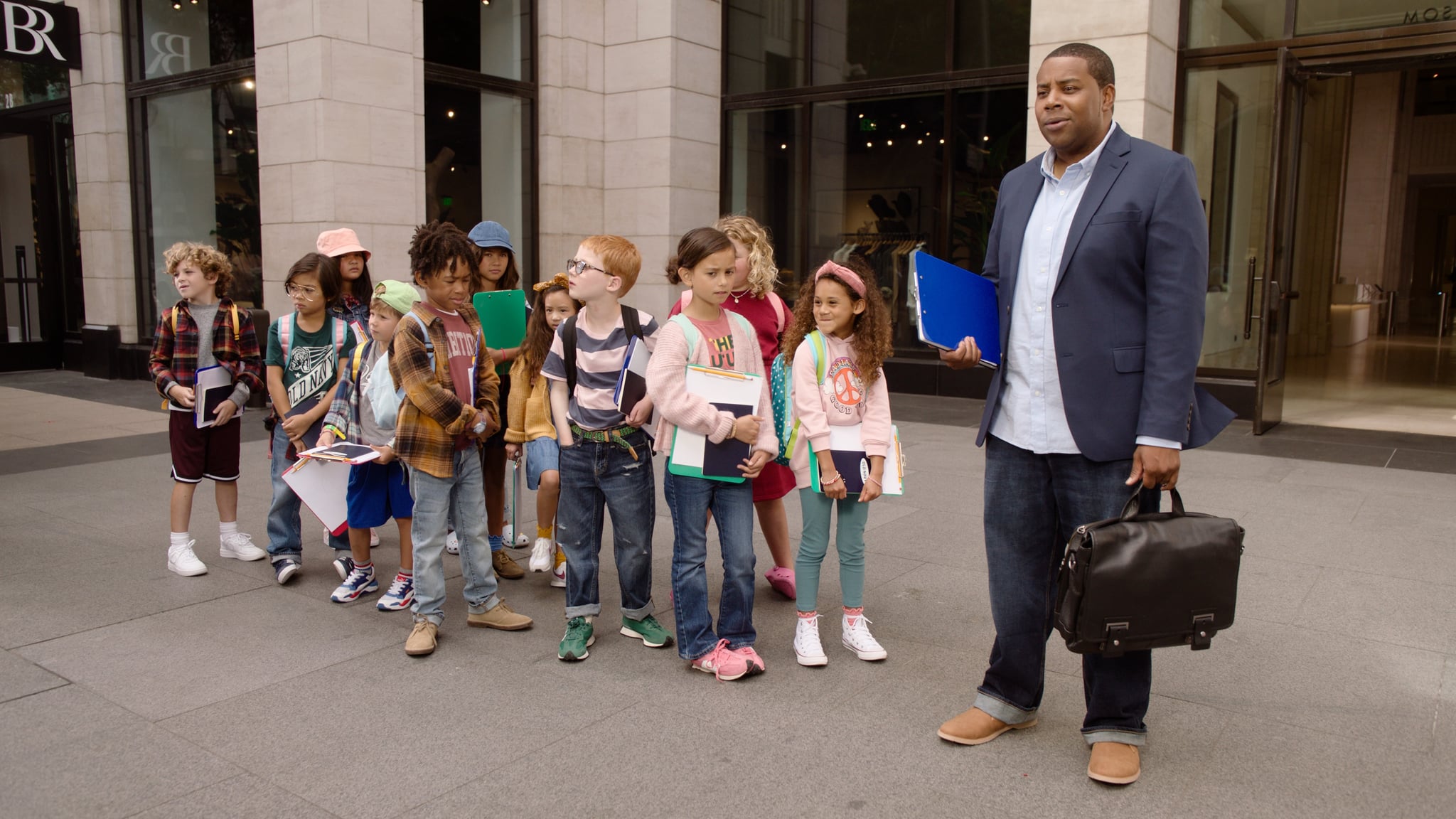 We’ve all been there: it’s day one of a new job and you quickly realize there is some seriously fierce competition. This is especially true at the entry-level — usually internships — where the corporate world is your professional oyster, and you’re determining where you and your skillset will shine brightest. For Kenan Thompson, that may or may not be in one of the many departments at Old Navy’s corporate headquarters in San Francisco.

Say, what?! Yes, you read that right. The SNL funny man and longest-running cast member is considering a career switch in the new workplace comedy series Lil Interns because his current job is “going to end eventually.” Unexpectedly, however, he’s signed up to learn the corporate ropes with a younger class — kindergartners, to be exact.

In the six-episode show that’s a cross between The Office and Kindergarten Cop, Thompson, alongside 12 teeny colleges who have yet to enter into elementary school, cycles through various departments, from human resources and finance to marketing and design, testing out a potential career move. Let’s just say the learning curve is steep.

Though his notebook is the biggest, Thompson is confronted with workplace challenges throughout his internship. He flounders in the finance department, battling boredom while learning jargon-y acronyms like EBITA (not a vacation spot!); the design team’s trend funnel is a foreign concept as he struggles to interpret creative inspirations (sensorial greens, FTW!) and the process of translating them into Old Navy products. And while pumped up to work on the retail floor, a mannequin challenge takes a rather haunting turn for the corporate newbie.

What his fellow interns lack in height and, occasionally, focus, they make up for in sassy smarts and a youthful perspective. So will Thompson’s determination and “experience” (a.k.a. being an adult over three feet) ultimately lead to corporate success and earn him the job over his skilled, albeit much younger, competition? Watch all six episodes at www.lilinterns.com to see how Thompson stacks up against the small but mighty bunch.