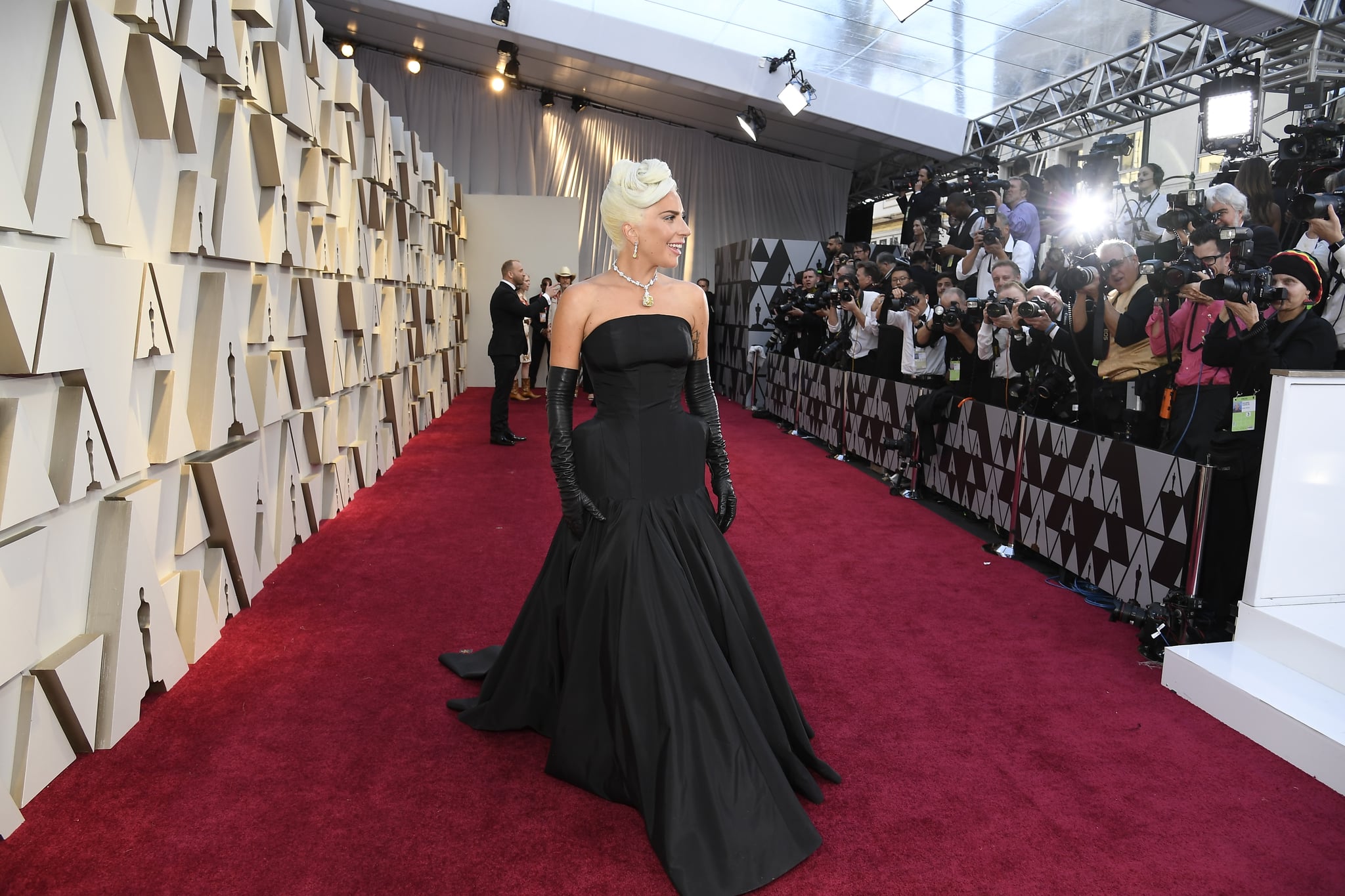 If this were the world B.C. — Before COVID — then we’d already be in the throes of award season. The Golden Globes, which unfailingly monopolize the first Sunday after New Year’s Day, would have already taken place. So would the Critics’ Choice Awards and the SAGs. Up next: the Grammys, the BAFTAs, and finally, to cap off the circuit, the Oscars — all crammed into a three-month whirlwind of buffed-and-bronzed celebrities, gilded statuettes, paparazzi-filled red carpets, custom couture, and million-dollar jewelry.

For celebrity stylists, a regular, ordinary, prepandemic award season would have meant juggling nonstop fittings with multiple clients who were either presenters or nominated. And then there were the clients who did nothing but go to the parties — because there were so many parties (preparties, viewing parties, afterparties) thrown by magazines, agencies, movie studios, or all of the above.

But this year’s award season hits different. For starters, it hasn’t technically started yet: Golden Globe nominations won’t be announced until Feb. 3, and the Oscars aren’t until April 25. And as the first official ceremony amid an ongoing pandemic that’s claimed the lives of more than 400,000 Americans — a sobering statistic — it’s likely to feel like a mixed bag of emotions that run from somber to hopeful optimism, which will invariably affect how celebrities choose to present themselves. New York-based celebrity stylist Madison Guest, whose clients include Dominique Fishback, Venus Williams, and Haskiri Velazquez, believes that more attendees will opt to send a joyful message through their looks.

“I think there’s going to be less focus on trends and more on embracing personal style,” Guest said. “In seasons past, everything was so political; you can get caught up in endorsements, brand partnerships — that part of the business. My hope is that people will be less afraid to wear something that feels out of the box because they’re just appreciative that they get to be there.”

Celebrity stylist Chloe Hartstein, who works with Antoni Porowski, Glenn Close, and Chris Rock, echoed that sentiment. “We’re going to see a huge range,” she said. “Some will go out and wear couture, and others will be very low-key, and that’s OK. Every award season had so many events, and we were churning out so many looks for so many people. There used to be so much competition, especially for actresses, so I think the stress and the unnecessary craziness will be eliminated this season, which is a positive thing.”

The pandemic has inadvertently lessened the pressure on celebrities to achieve some mythical standard of perfection. (Remember red carpet diets? How about best dressed and worst dressed lists?) This season offers a welcome reset in that way — and with the increased spotlight on the injustices perpetrated against the Black community in 2020, the red carpet has also become an opportunity to give emerging brands a platform to bring about meaningful change.

“After George Floyd and the Black Lives Matter movement, it became evident that there were unhealed wounds that were now open again, and it allowed us to have some really tough conversations,” said Zadrian Smith, who joined styling forces with Sarah Edmiston last summer. He pointed to Inauguration Day 2021, with Vice President Kamala Harris wearing Pyer Moss, Sergio Hudson, and Christopher John Rogers, as an example of fashion at its most powerful. “Now, it’s more than a red carpet or a press junket or someone looking pretty — it’s about which brands you choose, the clients you take on, and the story behind it. It’s more of a considered process.”

It’s difficult for any stylist to plan for award season or to predict what the red carpet will look like at the moment — that is, until nominations are announced. But for now, Guest, whose workload this award season will be considerably lighter (because, no parties), is banking on styling her clients for upcoming shows virtually — a way of working that took her months to achieve any semblance of normalcy. She remembers the week that everything shut down with startling clarity. She had been in Los Angeles last March to oversee fittings with multiple clients, and within an hour, while sitting in a car and fielding a barrage of texts, emails, and calls, all of her jobs were canceled. Just like that, her life, her livelihood — not unlike everyone else’s in America — was upended as much as it was suspended. For the first six weeks, nothing happened, apart from crippling panic, anxiety, and uncertainty.

At the end of April, Guest got her first job: her client Victoria Justice was going to host the Kids’ Choice Awards. But it came with caveats: it was over Zoom and there was no styling budget, no hair and makeup budget, no outfit changes — she was to wear clothes from her closet.

“It wasn’t an official styling gig, but I was craving work — I was willing to do anything,” Guest recalled. “And with Zoom, on top of logistical aspects that we dealt with at the beginning, like spotty WiFi or being on mute, it was physically painful to have to sit there because I’m very hands-on. I’m normally constantly touching them, or pinning and clamping them, so I would find myself touching the monitor, trying to reach out and grab something. I felt like my brain would work faster than my mouth, and [the client would] be like, ‘What?'”

Lack of touch was arguably the biggest hurdle that all three stylists experienced with styling over Zoom or FaceTime, at least initially. Not being physically present, losing that human interaction, and not being able to gauge their clients’ emotions was challenging, to say the least. There was also the issue of samples or lack thereof, because most showrooms were closed, along with the added step of having to ship not only stylists’ essentials, like binder clips or double-sided tape, but also clothing to clients located all over the country — and expecting them to ship it back in a timely manner.

But the fact that these virtual photo shoots and events still took place at all, with the odds stacked against them, speaks to how resilient the fashion industry is. And it forced those in it to completely reevaluate their approach to styling. “Styling is a very excessive part of the business: if we needed one outfit, we’d have 100 options, and that still wouldn’t be enough,” said Guest, who used to worry over whether she had pulled enough options for her clients. “[The pandemic and styling virtually] forced all of us to step back and recognize the excess. You don’t need four racks of clothing for one outfit.”

When in-person fittings and shoots resumed in the summer, albeit with safeguards in place (negative COVID-19 test results, a COVID-19 compliance director, fewer assistants on set, masks on at all times, etc.), Hartstein said it reaffirmed her love for her job.

“What we do is magical,” Hartstein said. “We get to play with beautiful, one-of-a-kind pieces and jewelry, and we sometimes take it for granted because we’re so busy. Getting to do that for the first time in months reconnected me with the reason why I wanted to be a stylist in the first place.” She added: “Before COVID hit, photo shoots felt like a business transaction; now, it feels less contrived because everyone’s inspired, everyone wants to create and have fun, and it’s been really refreshing. We’re so lucky we are able to do what we do.”

When the pandemic first hit, Smith never believed it would be the end of fashion as we know it. “Fashion is intertwined in everything,” he said. “It would be impossible to erase it from the blueprint of humanity.” But for Hartstein, albeit for the briefest moment, she thought styling, red carpet fashion, all of it, would cease to exist. She was thinking purely from a financial point of view: the entertainment industry pours so much money into events (award season, movie premieres, press tours), but if execs found a way to make money by releasing TV shows and movies without the marketing expenses, then why do it? What was the return on investment?

“I was wrong,” she said. “Fashion is still important because it’s a form of escapism, just like movies and TV — it makes us dream, and we need that even more when we’re going through a time of crisis.” Hartstein pointed to how Hollywood thrived even during the Great Depression as an example. “Audiences love watching movies, and they love movie stars. Once things are back up and running, we’ll fall back to the system we used to have. There will always be a demand for the red carpet, and the industry will always give us that.”