Flat stomachs, pert bums and curves in all the right places – there’s no doubt these five women have enviable figures.

Yet they all share an unenviable secret – they are all technically obese. 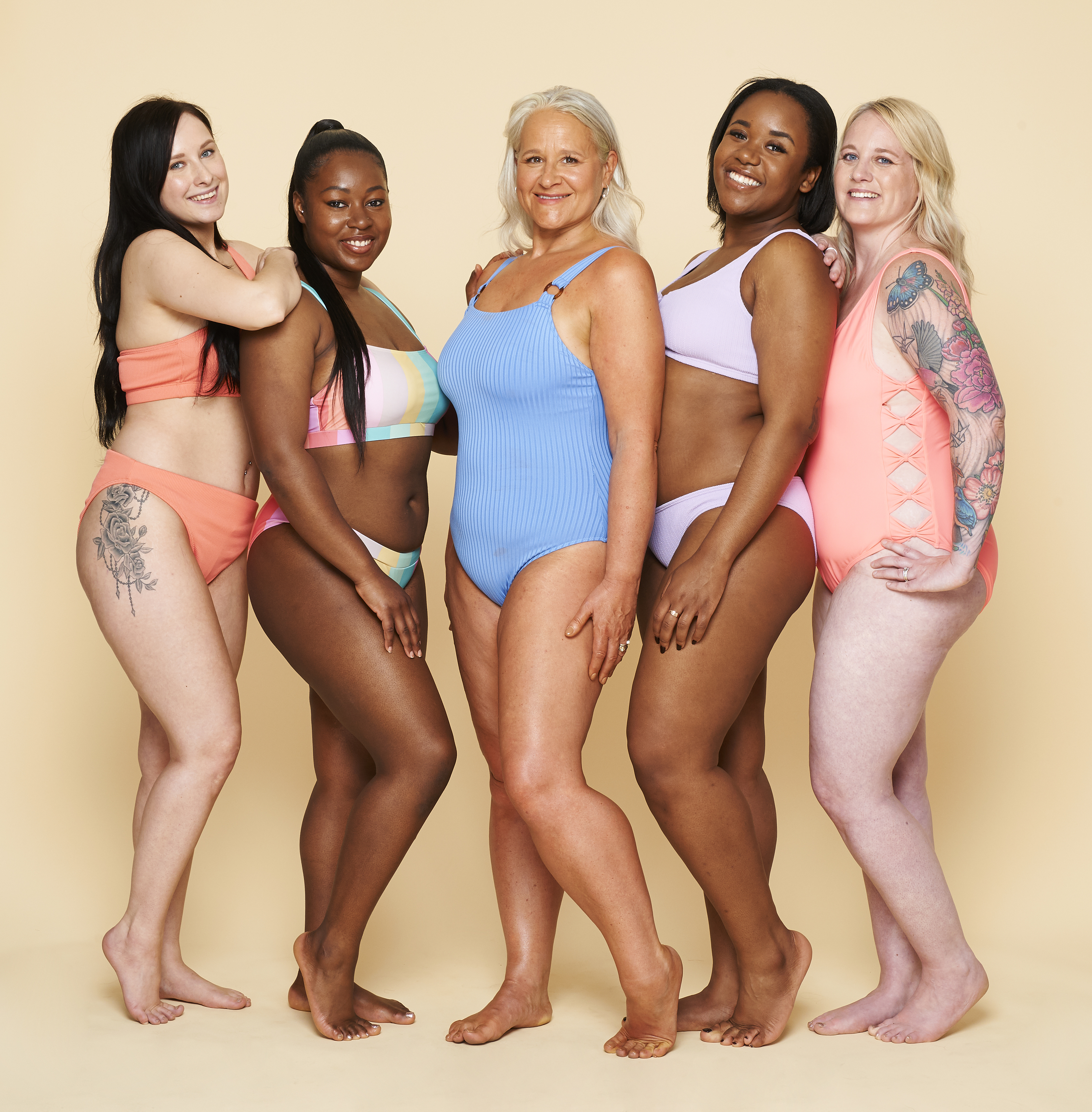 With more than a third of women in Britain now officially classified as obese – with a BMI of 30 or above – they’re not alone.

But just what do they think about it? From the woman who dislikes her 34DD boobs, to the mother who loves to walk around the house naked.

Here, they flaunt their curves and tell Fabulous Digital why they love their bodies regardless of their BMI. 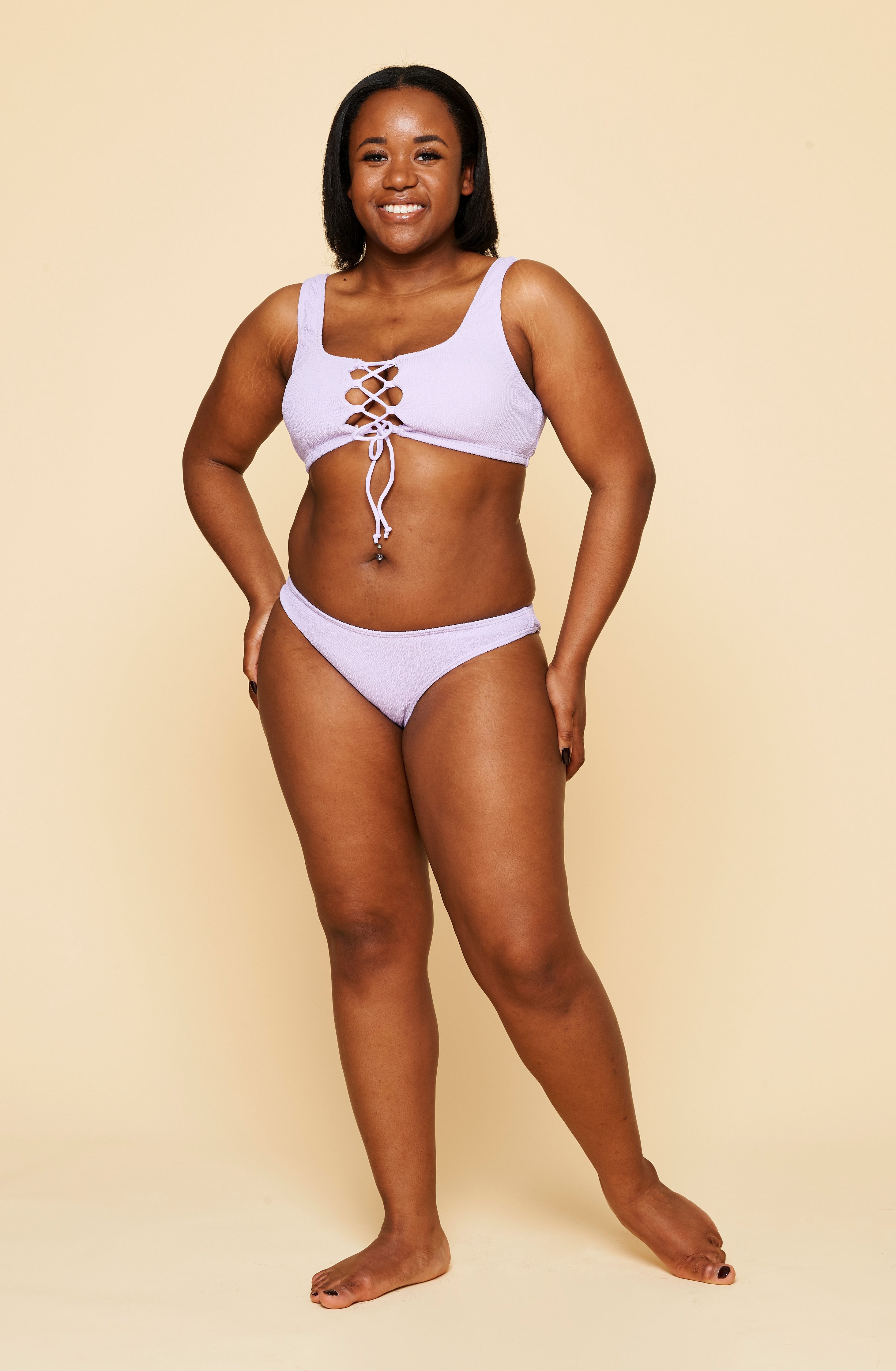 I’m confident enough with my body to wear whatever I want – my weight doesn’t stop me; short skirts and low-cut tops. If I could go out naked I would.

I get chatted up by men whenever I go out. They tell me I’m attractive – I’ve never had anyone say ‘oh, you’re too big’.

I find it empowering to have the lights on during sex. I’m definitely not shy in the bedroom.

I'd go out out naked if I could

I love my legs and bum because they look good in anything I want to wear.

When my doctor first told me I was obese I was only 16. I couldn’t believe it, it just didn’t make sense – I’m a size 12 and the average British woman is a size 16.

It made me really self-conscious. I tried everything to lose weight – including taking laxatives every other day. 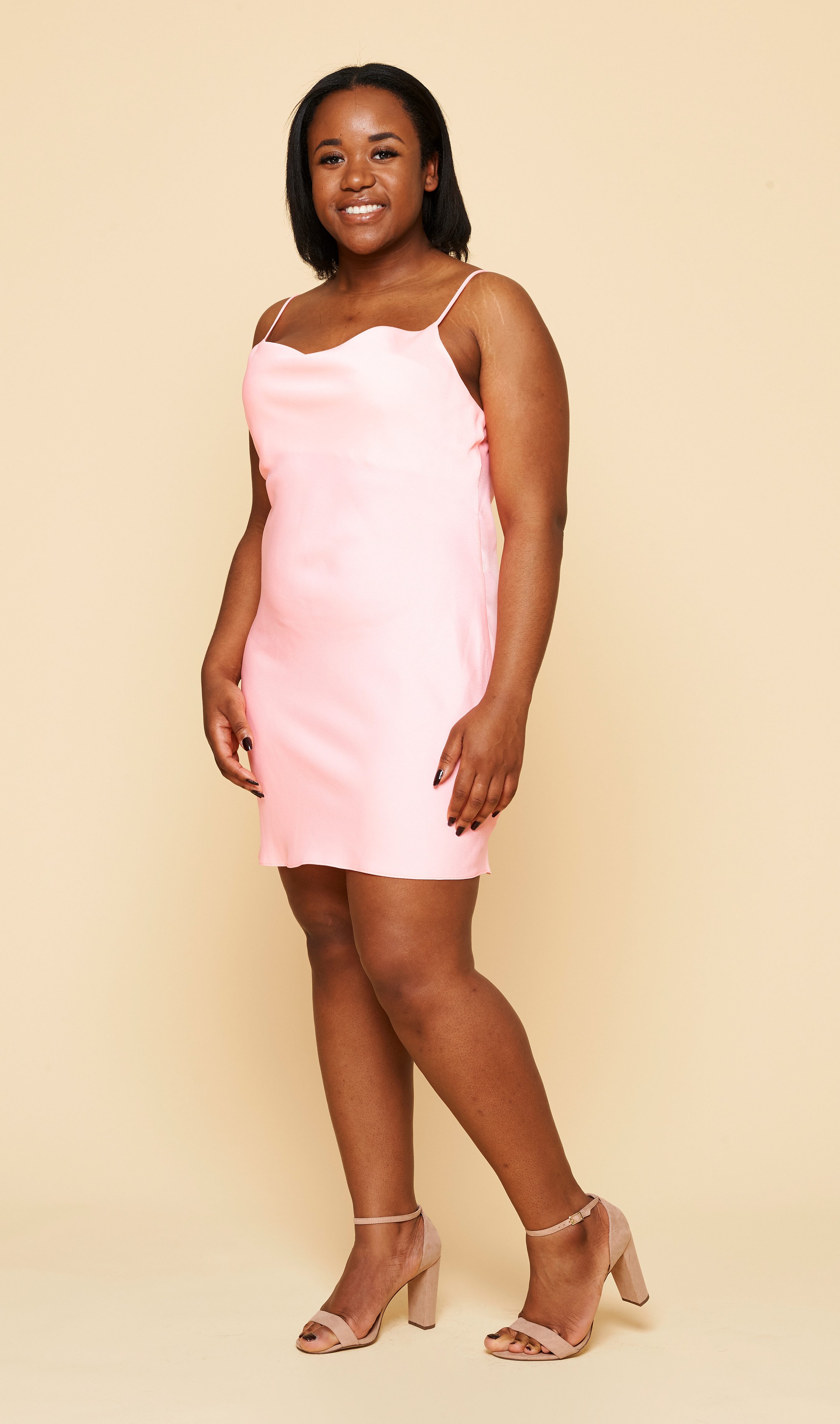 And I didn’t really want men to touch me. Then I realised that I’m comfortable with my body, and it’s everyone else who has the problem.

I go to the gym once or twice a week, and I eat healthily – but pasta, popcorn and rose wine are my biggest weaknesses.

I don’t try to lose weight anymore – I just live a good lifestyle.

'I love my curves – especially my boobs' 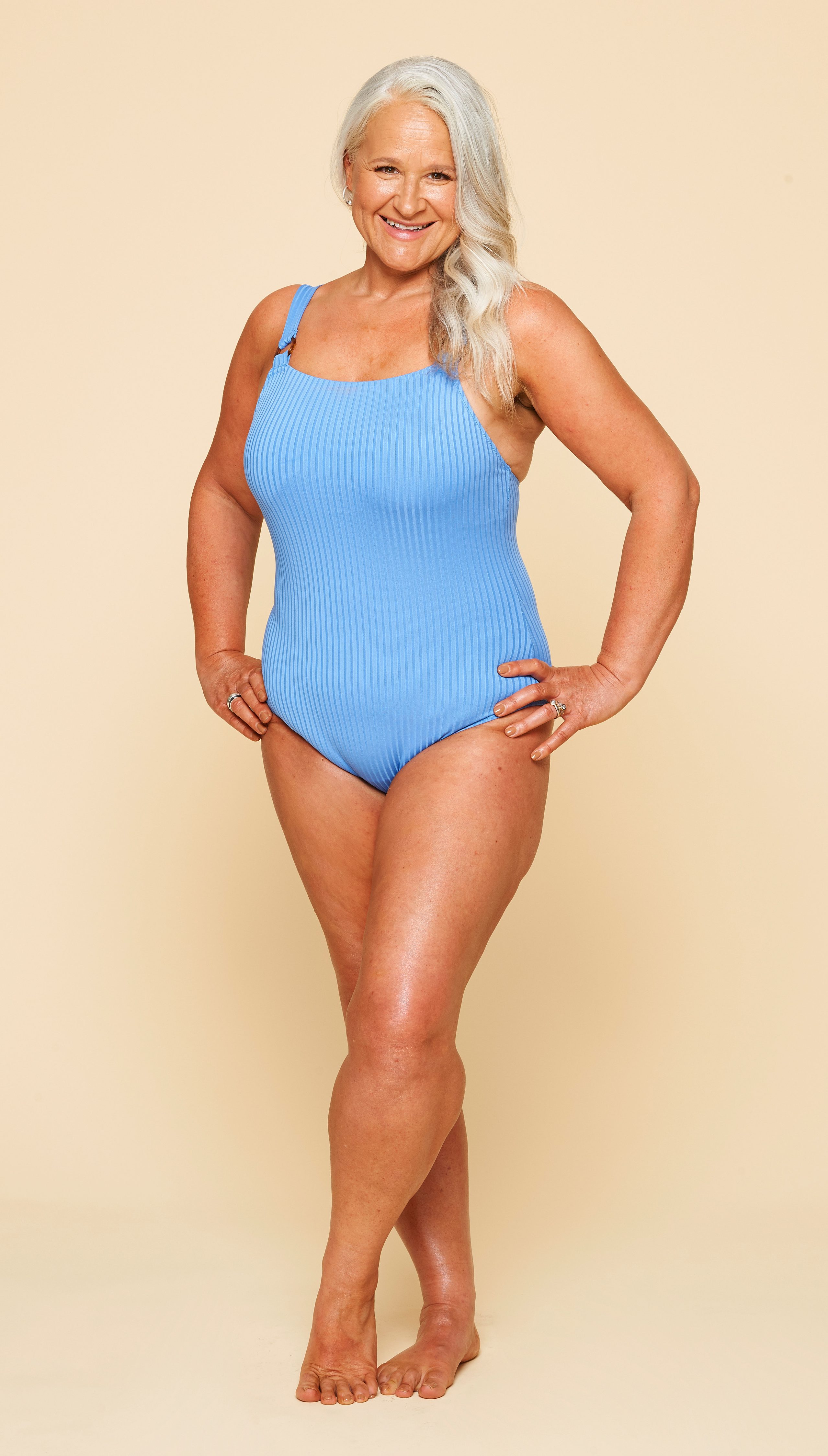 I love my curves – especially my boobs; they’re what make me, me!

My doctor has said I should be three or four stone lighter, which isn’t just unachievable, it’s incorrect.

When I look at every other measurement – I’ve got good muscle mass and low fat – I’m healthy. Yet if I stand on a doctor’s scale, I’m obese.

I’ll happily wear a bikini on the beach

What message is that sending out in terms of wellbeing, body image, mental health and lifestyle choices?

I yo-yo dieted for years, and over the past five years, I’ve lost five stone.

I’ve done a lot of it by being in the gym and lifting weights. I go to GI Jane bootcamps and swear by Herbal Life in terms of nutrition. 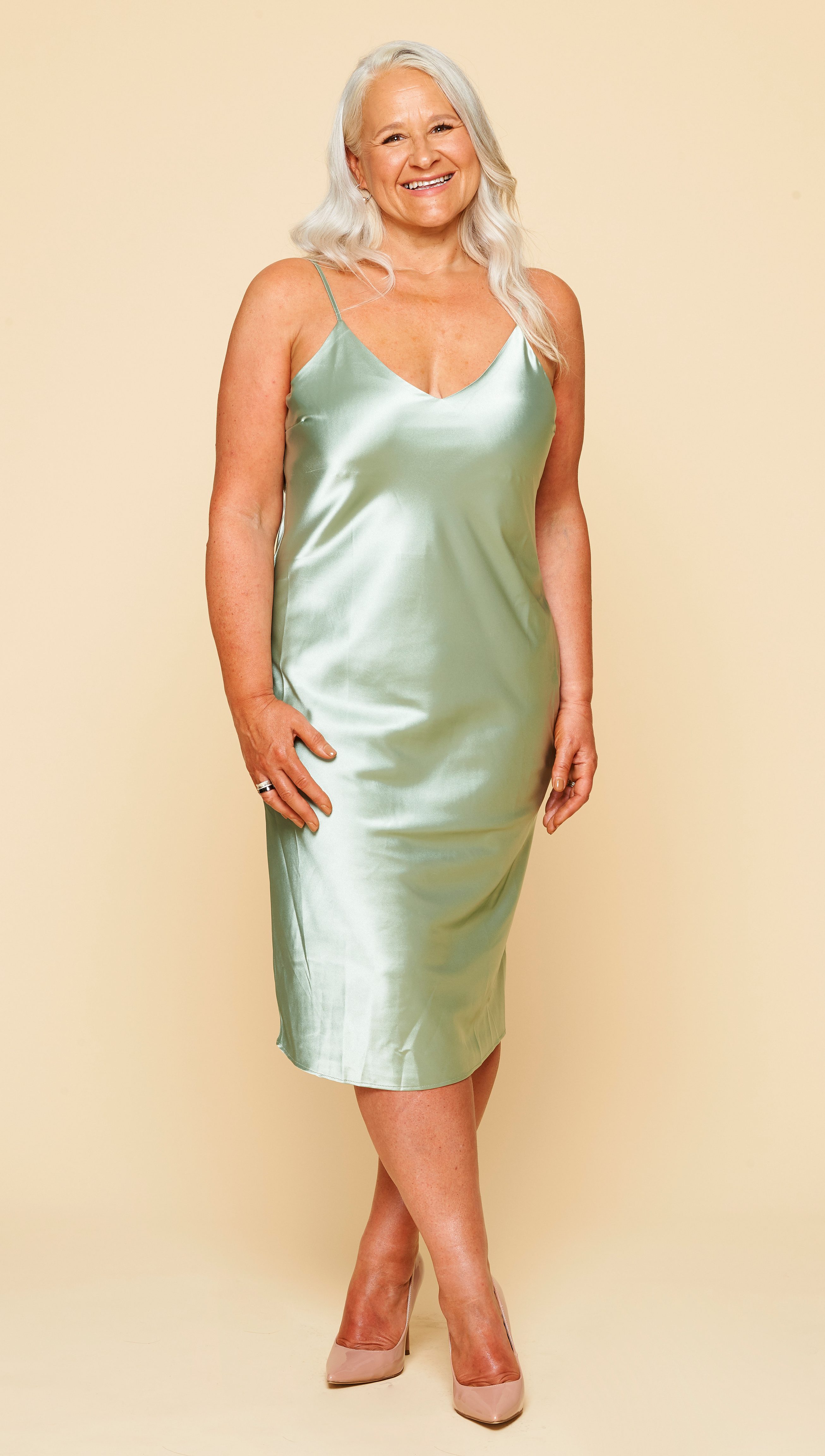 The medical profession needs to catch up – we need to focus on health not the scales.

I’m confident with my body and I’ll happily wear a bikini on the beach.

Nick loves me regardless of my size and finds me attractive. He’s happy with what makes me happy. When it comes to being intimate, there’s no position I wouldn’t be confident doing – he’s seen me every shape and size and he’s seen me give birth.

What is the BMI?

The body mass index is a formula used to decipher whether patients are of a healthy weight.

Measurements may also reveal that you are clinically classed as underweight, overweight or obese.

Many medical professionals believe that having a BMI that’s too high or low can increase your risk of health problems, including heart disease, stroke and type 2 diabetes.

How can you calculate your BMI?

If you're good with numbers then you can divide how heavy you are by your height in metres squared.

But who wants to do that when the NHS has created a handy calculator for you to use.

The tool evaluates your age, gender, height and weight, before estimating your BMI.

When do you need to worry?

After you have calculated your BMI you will be given a number, usually between 18.5 and 30.

Those who have a BMI of 18.5-25 are considered to be a healthy weight.

The NHS recommends people stay within the healthy weight for their age and height.

If you are not within a healthy weight range you are at a much greater risk of obesity related illness like heart disease, stroke and diabetes.

But on the other end of the scale, you can also be underweight.

Anyone with a BMI under 18.5 is considered underweight and is more at risk of immune system problems, fragile bones and infertility. 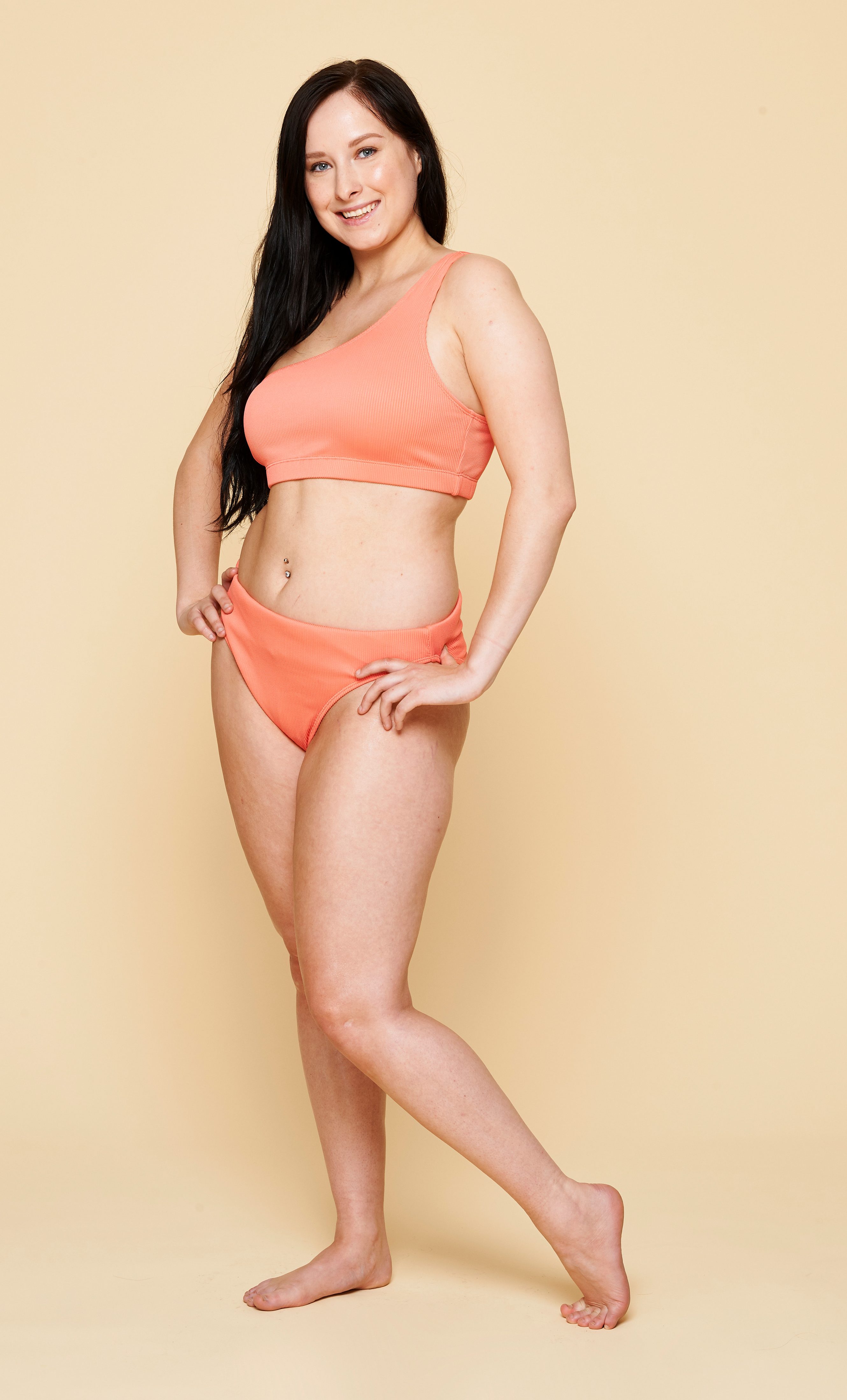 I’m a size 8, skinny and have a flat stomach, yet I’m classed as obese. It’s shocking.

The first time I took the test online a year ago, I thought my laptop had broken.

My friends give me compliments – especially on my 32DD boobs

When I first found out, it made me want to diet. But I no longer care – and I own my body shape.

I do feel sorry for other girls who aren’t as confident as me as they might think they really are fat. It’s why so many women have eating disorders.

I go out wearing crop tops or a bikini on the beach – I don’t really care what people think.

Some days I love my body and other days I don’t. I would consider having lipo on my legs as they’re quite big, and I’m self-conscious about them. 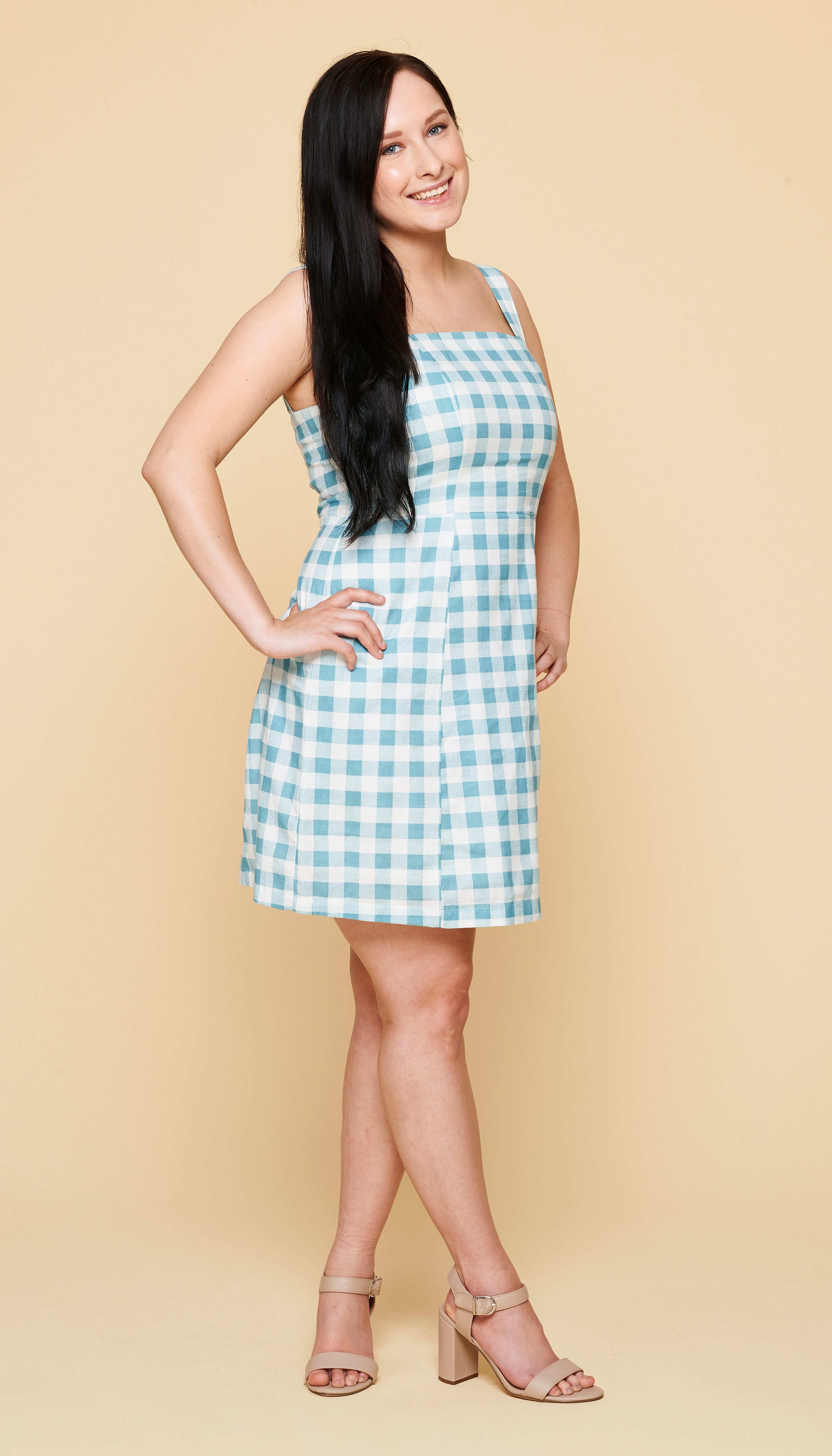 My friends give me compliments – especially on my 32DD boobs – I’d love them to be even bigger.

I do have body hang-ups. I was with my ex for eight years and I never had sex with the lights on. He never saw me naked either because I felt as though he would be turned off by my body.

I don’t exercise. I love chicken nuggets and chips – and I’m a Coca-Cola addict. I eat what I want to eat.

I took part in a body positivity event last year. I was naked on a stage apart from signs covering me saying ‘I’m OK with my weight’, which was really liberating.

'No man has ever made a comment about my weight because I’m a normal-looking person!' 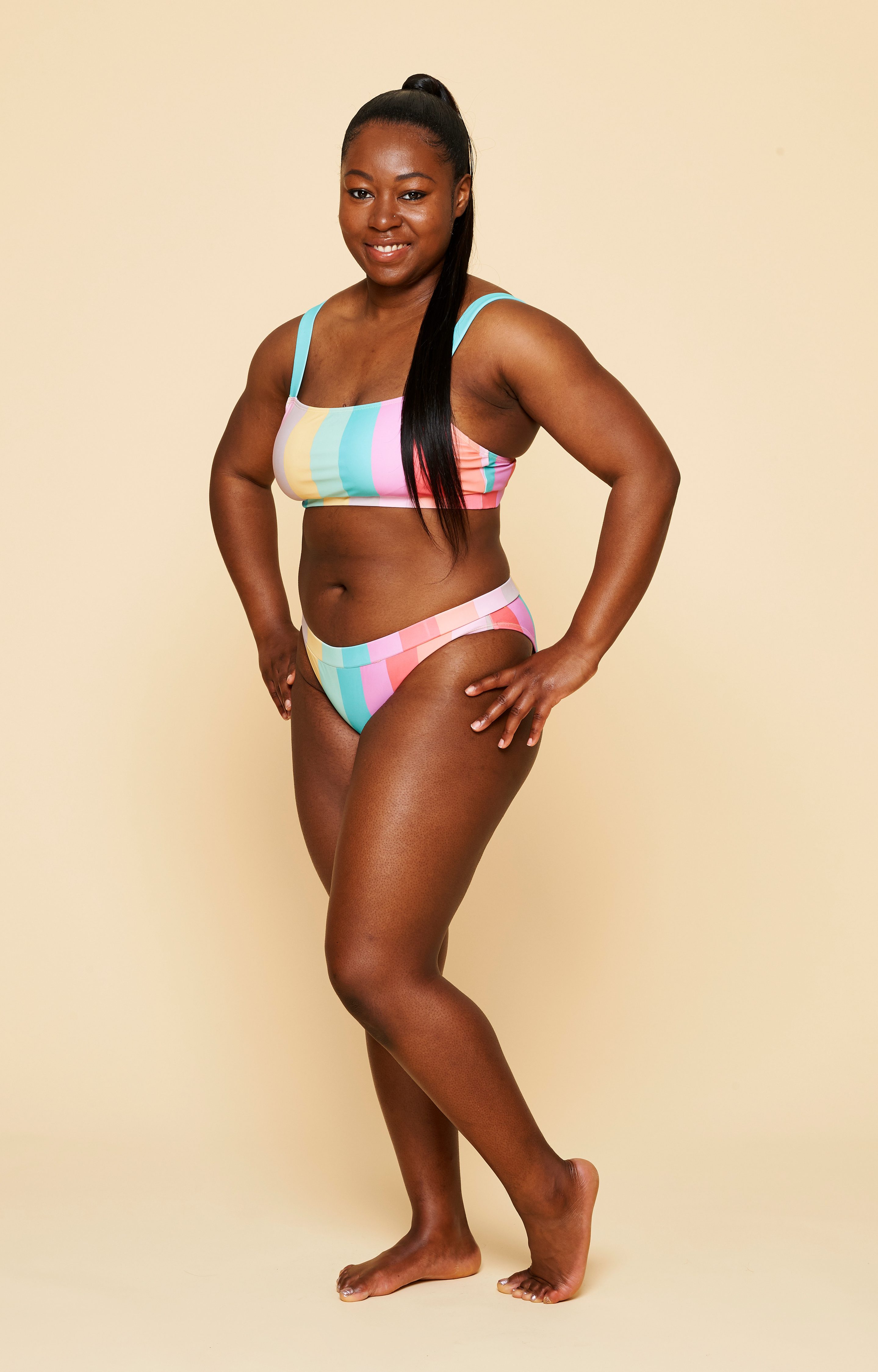 I went to a new gym a few months ago and they had scales that calculated your BMI. Mine was 30, so I went to the NHS and they confirmed that I’m obese.

I don’t look it, so I just ignored it. I know it’s not something to be relied upon.

I’m happy with my body compared to where I used to be – I was a size 16. I lost it through exercise and eating healthily – I’ve got a really bad sweet tooth and like cakes and chocolates. I still eat them now, but everything in moderation.

I would change my stomach – but I would never consider surgery. It would be more satisfaction for me to know I worked hard to get the body I wanted.

I love my arms and legs because they’re toned.

I’m approached by men when I go out – but no man has ever made a comment about my weight because I’m a normal-looking person! 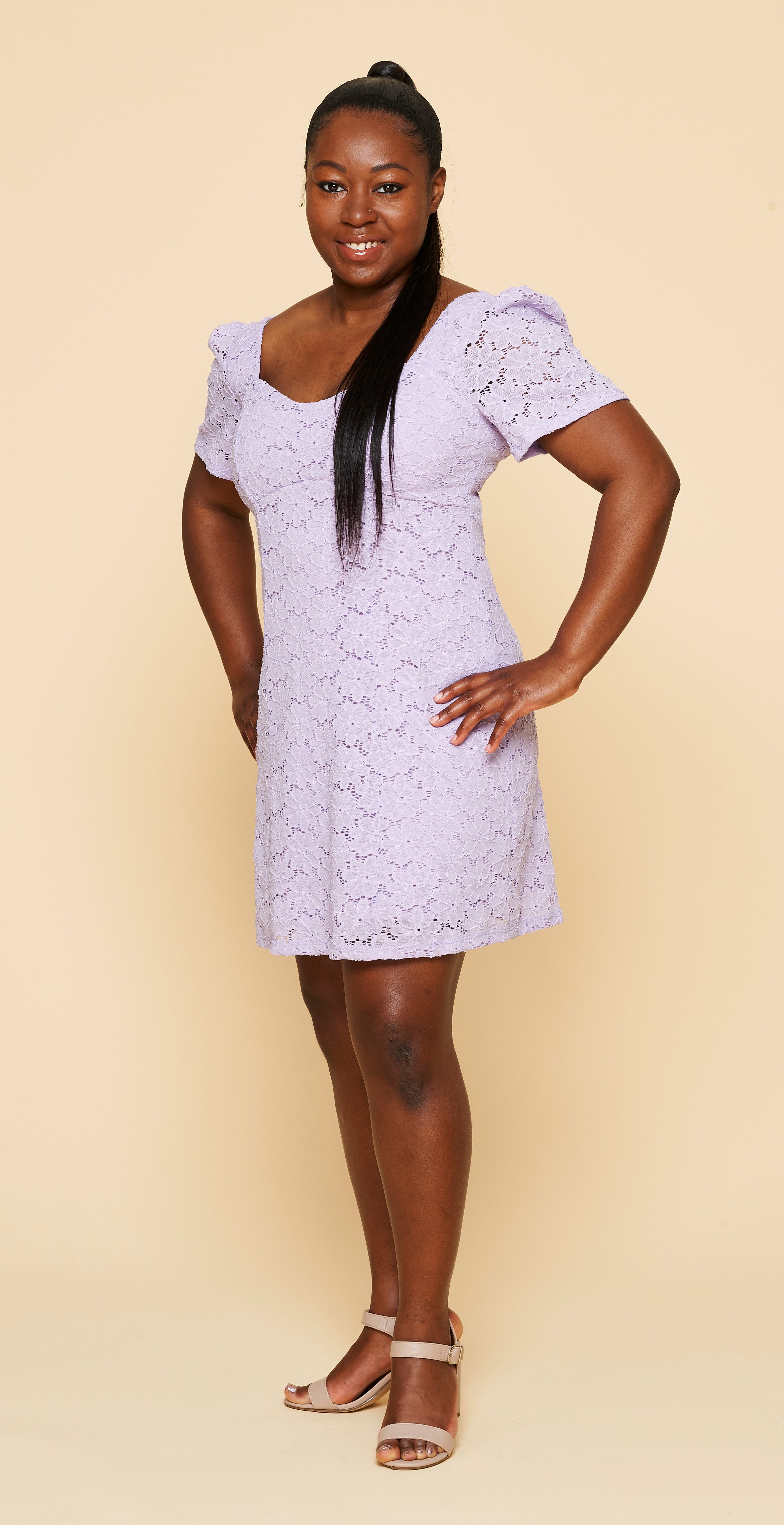 When it comes to sex, I’m not shy. The fact that I’m considered obese by my BMI doesn’t hold me back from doing anything in the bedroom.

Are there any exceptions to the BMI rule?

While the body mass index is regularly used to establish whether or not patients are an unhealthy size, there are limitations to the rule.

The indicator doesn’t take the weight of bones or muscle into consideration.

This means that muscular adults or athletes may be classed as overweight, despite not having much body fat.

The NHS states: “Adults who lose muscle as they get older may fall in the ‘healthy weight’ range even though they may be carrying excess fat.”

Obesity levels in the UK have more than trebled in the last 30 years and, on current estimates, more than half the population could be obese by 2050, according to the NHS.

About 27 per cent of the UK population is considered obese and a further 34 per cent are considered overweight, according to the latest Government statistics.

In 2015 pharmacies in England dispensed just under half a million products for treating obesity at a cost of £13.9 million.

According to the World Health Organisation heart disease was the biggest killer in 2015 followed by stroke, both of which were responsible for 15 million deaths worldwide 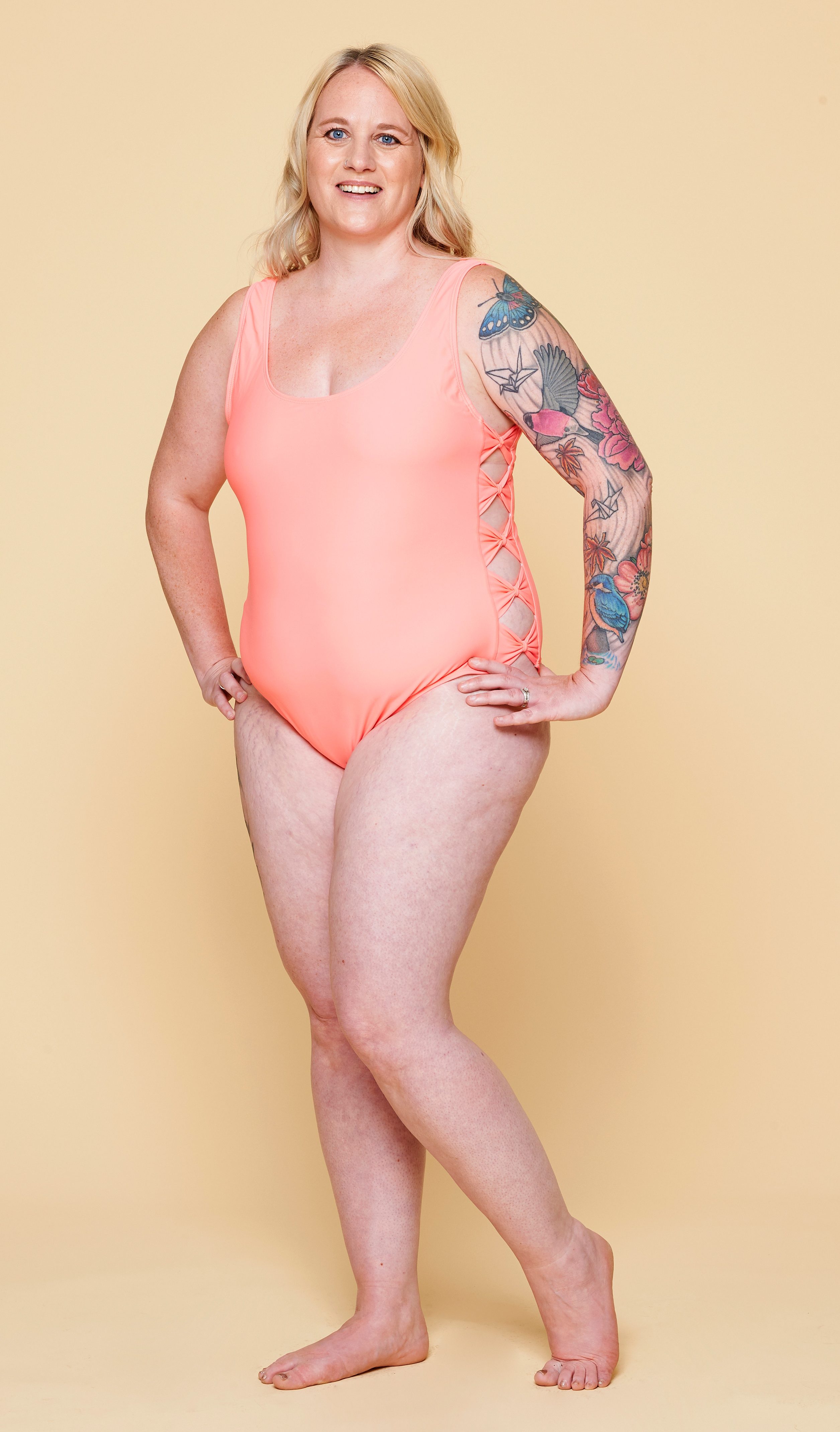 I love my thighs because they’re strong. My belly, because it housed four babies. My butt because it’s nice and full.

I walk around the house with no clothes on and sleep naked. My husband thought I was too skinny when we first got together and he likes the shape I am now.

I’m 100% confident in the bedroom and comfortable with myself – so no positions are off limits; he’s seen me at my biggest and at my smallest.

I’m raising two girls, so I’m really conscious of what I say about my body around them as I know it’s going to affect them. And my boys need to know what a real woman looks like.

Whenever I go to the doctor for a check-up, I’m told that I need to lose weight. But this is me.

I eat healthily and I work out three times a week and my weight stays the same, so it’s just the way my body is.

A few years ago I would have considered surgery as I did have body hang-ups, but there’s no way I would now – I love my body and I’ve now learned to embrace who I am. 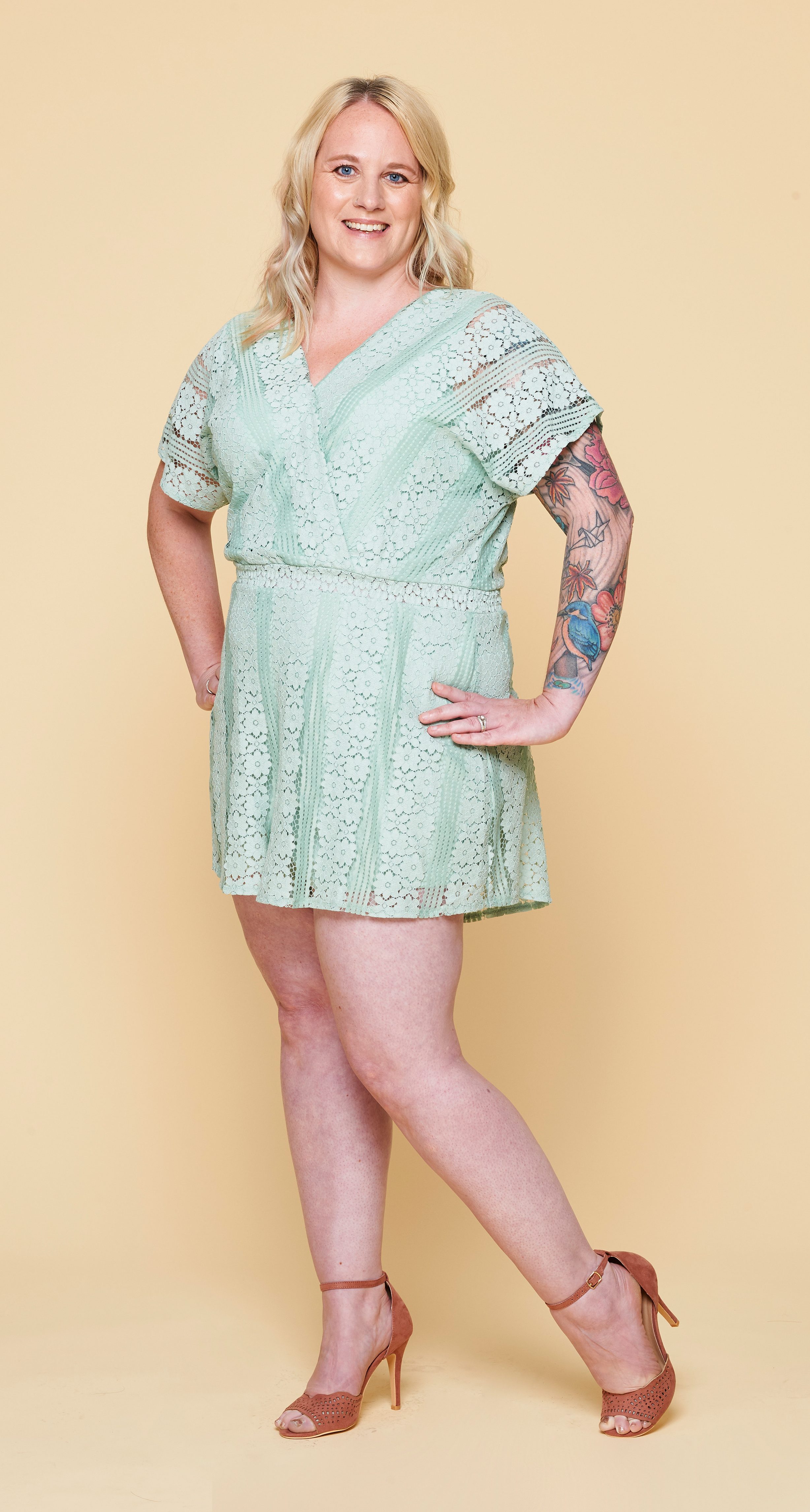 Meanwhile, a size 22 mum has shed 8st in 8 months – WITHOUT stepping foot in a gym.

And, an obese bride has shown off her incredible 13st weight loss after stopping dieting.