IF you want a cheap and effective way to instantly spruce up your ordinary shower screen, we may have found just the thing.

A savvy DIY fan used nothing more than electrical tape to give her shower a modern twist and it cost her a teeny-tiny 89p.

Joanne Ryan took inspiration from Instagram after seeing someone achieve the look with black paint.

But, speaking to Fabulous, she revealed that her shower screen is custom made to fit the space and she didn't want to risk making a costly mistake.

Instead, she opted for sturdy black electrical tape – which is less permanent -to create a modern window-style look and used the tape to cover the metal framing, too.

When asked about her thrifty project, Joanne said: "I saw a story on Instagram whereby someone had achieved the same effect by masking off and spraying the metal work with a couple of coats of black paint. She bought beading and spayed it black and glued it to the class. 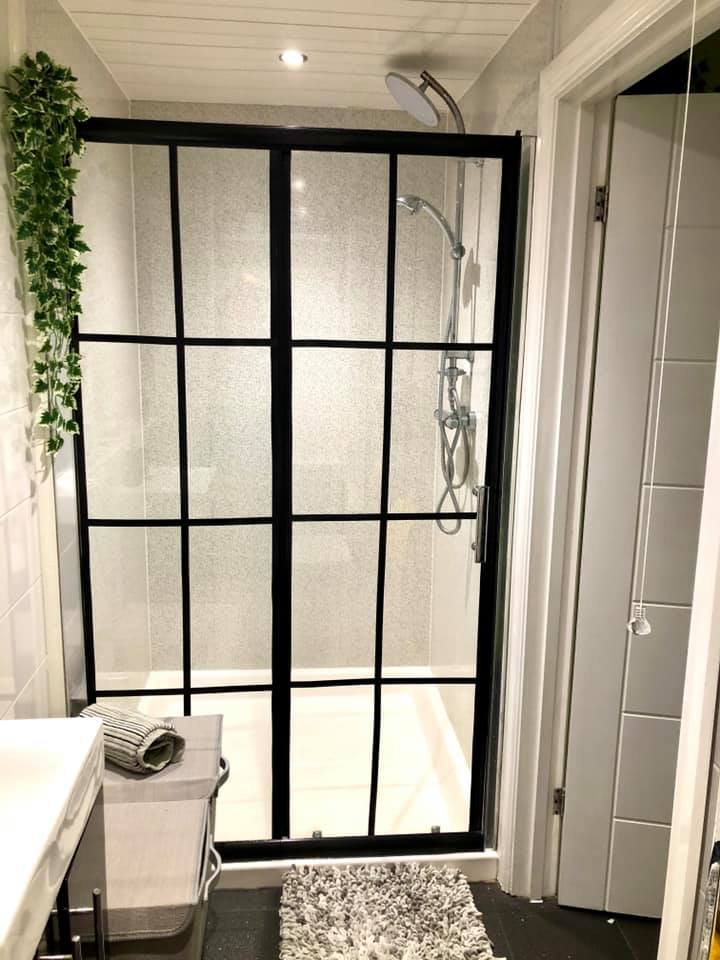 "My shower screen was custom made due to it being a non standard size so if I ruined it it would be a costly mistake so I figured out a less permanent way of bringing the glass up to date without the worry of my DIY skills failing me.

And added: "I had all intentions of hand painting the metal work by hand with a brush but got a little carried away with the electrical tape and covered the metal work with it too."

Speaking of the end result, Joanna said "you can barely tell it’s tape" and is chuffed with the new look.

She said it’s made "such a dramatic change for 89p and 3 hours of my time". 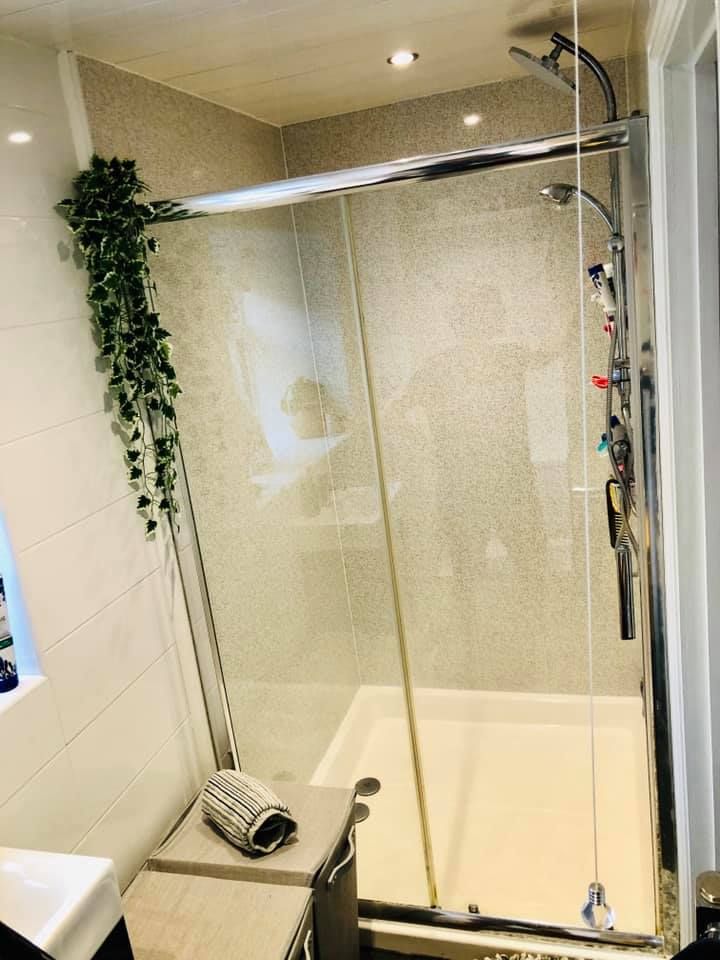 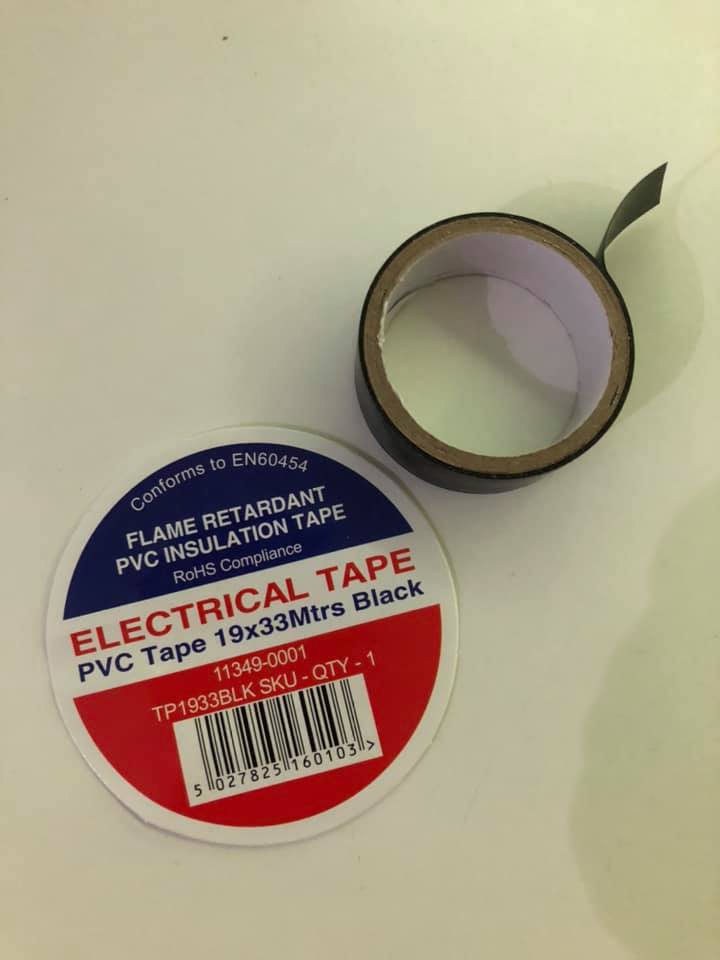 Understandably proud of her efforts, the DIY guru shared before and after snaps online with members of the HinchArmy House Decorating Inspiration And Tips Facebook group gushing over the budget project.

She wrote: "I gave my shower room a modern twist, total cost 89p," and shared the new look, along with the exact tape she'd used.

The post has since racked up over 2k Facebook likes and comments from people who are seriously impressed by the new modern design.

"Wow I need to try this on mine," one person wrote. 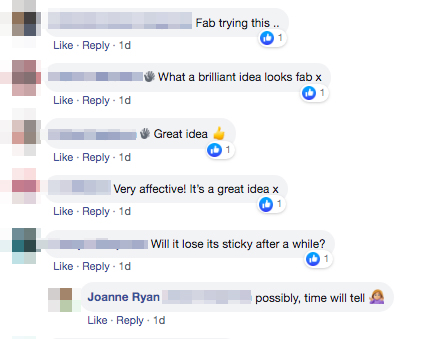 "That’s amazing!! Who’d of thought a bit of tape could do that," said anther.

Some people were quick to question whether the tape would last and flagged that it could end up peeling off because of the heat and moisture.

To that, Joanne told us: "Apparently the tape will fail in time down to heat and humidity in the room, if and when the time comes I’ll replace it with plumbers tape which should hold up to bathroom conditions."

In other DIY related news we shared how a woman transforms her boring whitewash bathroom into a jungle paradise using bargains from Ikea and The Range.

And a woman turned her grotty bathroom into a sophisticated space using bargains from B&M and eBay.

Plus, a savvy DIY fan who couldn’t afford £360 ‘crushed diamond’ coffee table made her own using coasters from The Range.