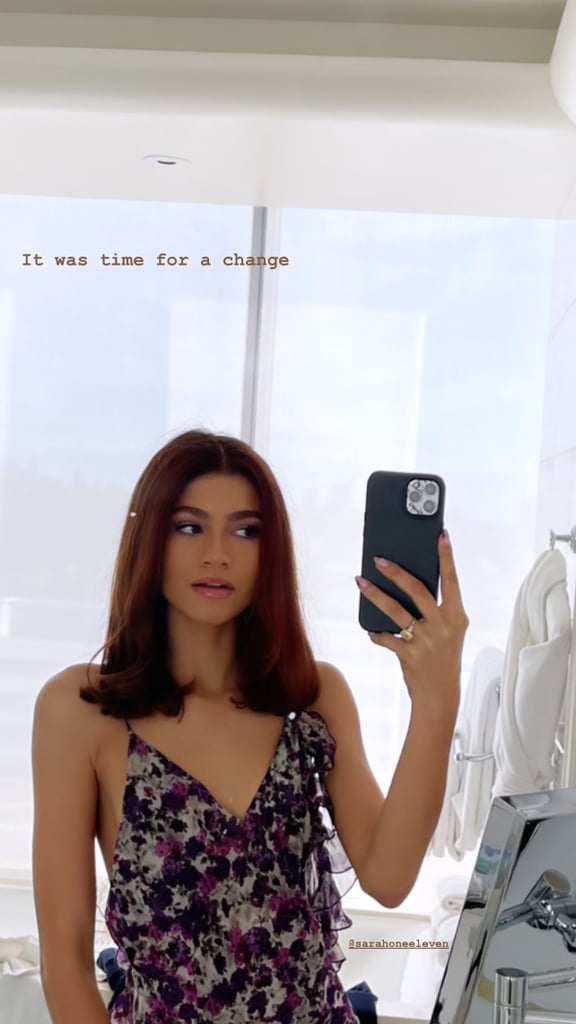 Bulgari ambassador Zendaya is hot in the press for her role as MJ in Spider-Man: No Way Home, for which she stars alongside boyfriend Tom Holland. So when she chose to make use of her employee discount and buy herself an eight carat yellow diamond ring from the famed jewelry brand (for which she’s posed in many a campaign), her fans took note.

Zendaya posted a mirror selfie to show off her new hair shade, and Twitter users immediately mistook the big sparkler for an engagement ring, even though it’s usually worn on her right hand. In fact, she’s been sporting it all over the red carpet since October, when she talked about it in a British Vogue interview. “This is my splurge, my treat-myself . . . It feels like it’s gonna be an heirloom, like one day I can give it to my grandchildren,” she said.

Meanwhile, Bulgari’s press release describes it as set in platinum and 18 kt yellow gold. The 8-carat cushion cut canary yellow diamond is flanked by two bullet diamonds on each side. In short, it is stunning. What we love even more is that Zendaya picked it out for herself and treasures it as something she’ll pass down to future generations.

Though the media is what it is, and Tom Holland’s recent People quote about wanting to start a family might have added fuel to the engagement rumor, we’re personally partial to the true story behind Zendaya’s ring and couldn’t help but be inspired by its unique look. Ahead, see Zendaya wearing her personal jewelry proudly, then shop similar pieces we found.