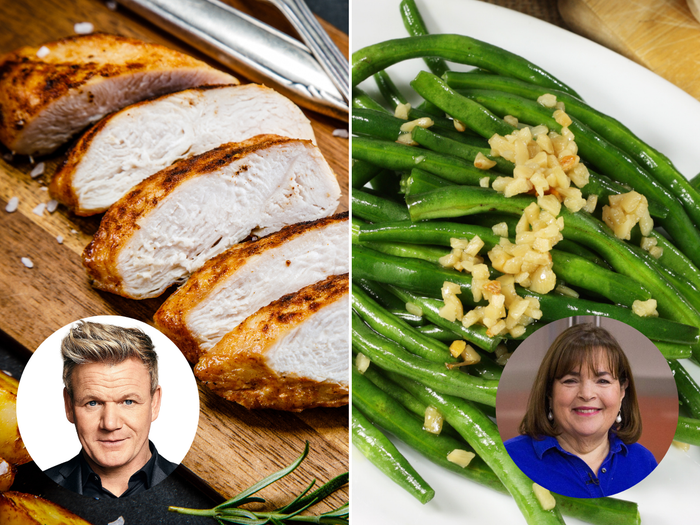 For many people across the country, that means celebrating with people living under the same roof.

But what if you live alone?

Whether you're joining a Zoom celebration or thankful to be avoiding distant relatives this year, that doesn't mean you can't enjoy a traditional Thanksgiving meal.

Celebrity chefs have you covered. Here are the seven celebrity recipes perfect for a solo Thanksgiving meal.

Cooking and cleanup will be easy with Rachael Ray's one-pan Thanksgiving meal. 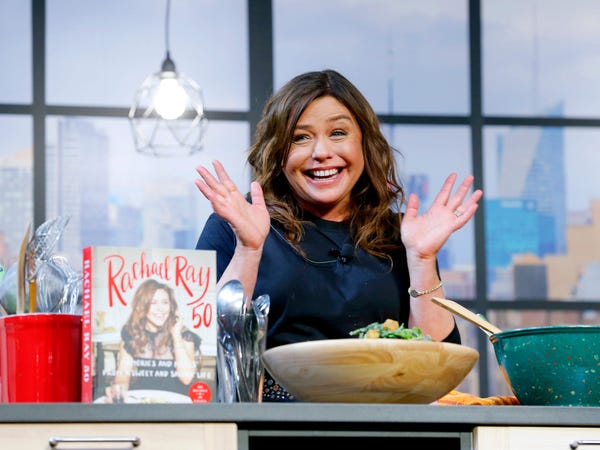 According to People, Ray coins her one-pan recipe as the "simplest Thanksgiving meal."

Ray is celebrating 12 days of Thanksgiving on her cooking show, "The Rachael Ray Show."

Last week, she shared a simple recipe that throws everything onto one pan and into the oven.

Instead of a full turkey, she suggests a marinated turkey breast over a bed of root vegetables.

The meal itself is complete, or you can opt to make Ray's sauces, which include Worcestershire-cider gravy and cracked cranberry sauce.

Ray's recipe serves four to six people, but you can easily half or quarter the recipe for an individual serving.

Gordon Ramsay has a roast turkey and gravy recipe perfect for one. 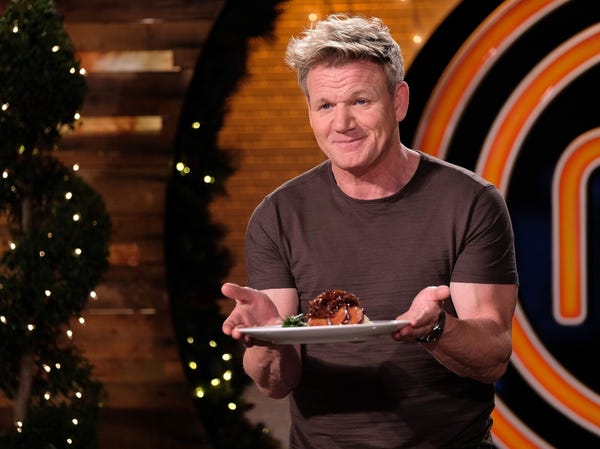 Instead of opting for a whole turkey, try a single turkey breast.

While there are dozens of roasted turkey recipes online, Ramsay's roast turkey with lemon, parsley, and garlic seems like a doable, but decadent main course for one person.

It also calls for only a handful of ingredients: sage, rosemary, thyme, lemon, garlic, and turkey stock. 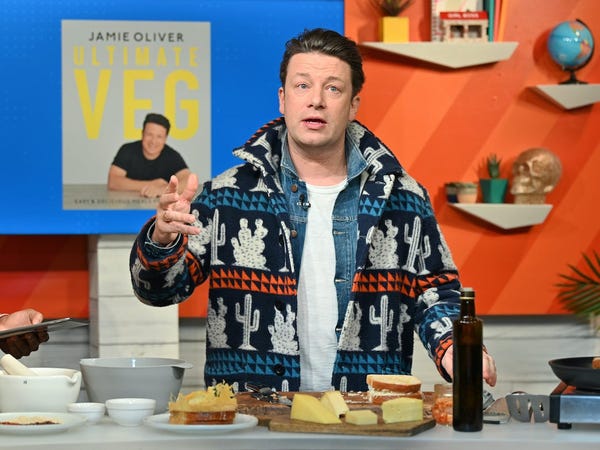 Find a small squash and Oliver's recipe is the perfect main course for your solo Thanksgiving dinner.

Stuffed inside the butternut square is an array of goodies: sun-dried tomatoes, chestnuts, rice, onion, sage, and cranberries.

The entire dish takes two and a half hours to cook.

"Based on a beloved old recipe of mine, this method really takes advantage of stuffing and slow-roasting the sweet, versatile squash," Oliver says on his website.

You can find the recipe here. 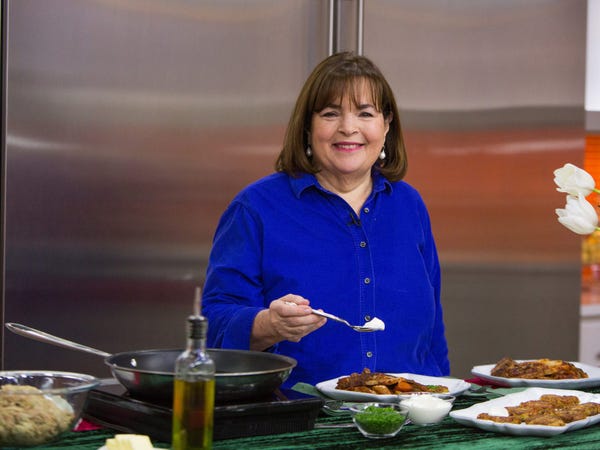 On Instagram, Garten posted a slew of recipes for her smaller Thanksgiving celebration this year.

"I'm doing the classics, but with a modern twist," she wrote in an Instagram post. "Balancing dishes that are crunchy, creamy, savory, and sweet to go with my favorite (small!) roast turkey recipe."

Her Thanksgiving spread includes haricots verts (also known as French string beans). She adds hazelnuts and dill to the recipe.

The recipe is quick, it takes less than 20 minutes, and only involves four ingredients.

Vegetables are relatively easy to make for individual portions. The recipe on Garten's website is already halved but is still designed for four people, so just buy as many green beans as you desire and adjust ingredients where needed. 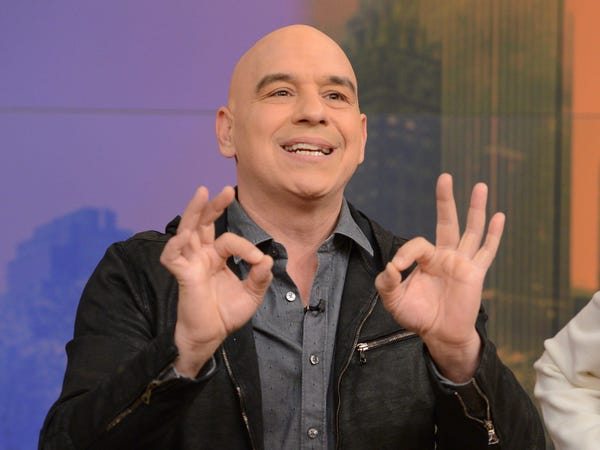 While most of the ingredients are in the recipe's title, the recipe also calls for brioche bread, eggs, celery, onion, cream, and broth.

The muffins can be made ahead of time and enjoyed throughout Thanksgiving Day. 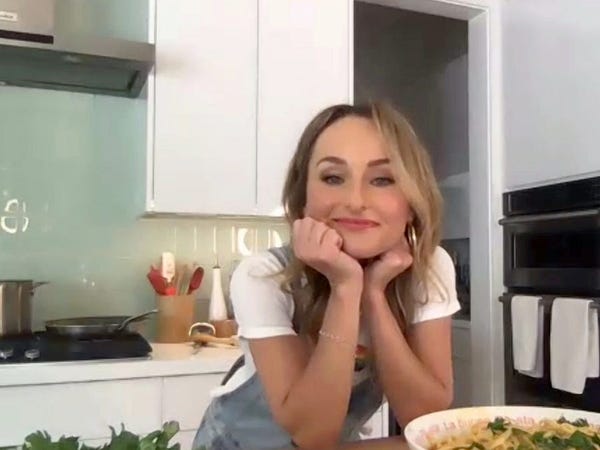 De Laurentiis has you covered this Thanksgiving with her "Virtual Thanksgiving, Party of 1" menu.

The menu includes a turkey and pancetta pot pie along with cornbread Panzella salad, but it also features a simple, but tasty, lemon smashed potato recipe.

The recipe calls for six ingredients (many of which you might have at home already) and can easily adjust to however many potatoes you plan to eat Thanksgiving day.

Cooking an entire pumpkin or apple pie might be wasteful for one person, so Martha Stewart's mini apple raspberry pies are a great solution. 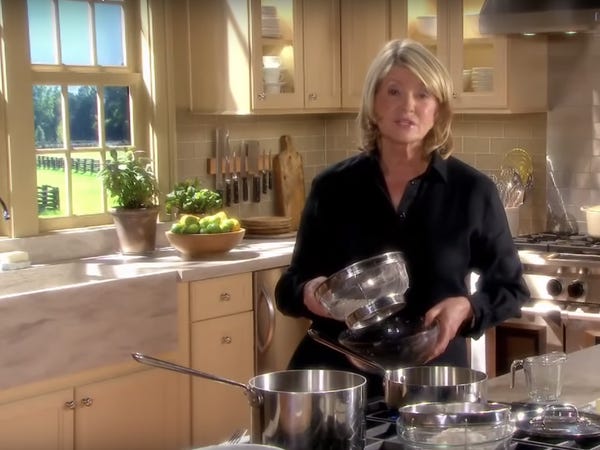 You'll still manage to find room in your stomach for dessert, especially if it's Stewart's raspberry apple pies.

The recipe takes time — four hours — but has relatively few ingredients. By using frozen raspberries and store-bought pie dough, this recipe will come together effortlessly.