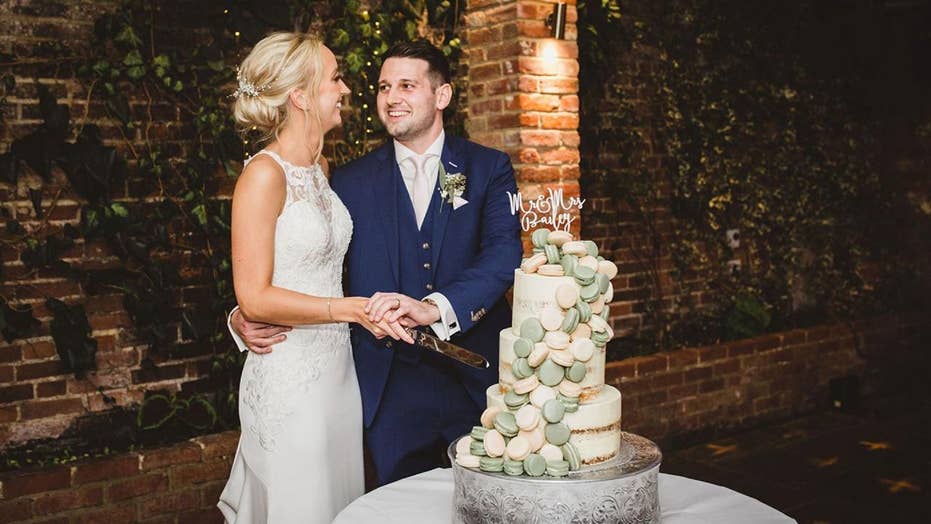 Exact moment of UK couple’s wedding cake disaster caught on camera as they were cutting the cake.

You can have your cake, but you can’t eat this one, too.

A must-see moment from the latest season of “The Great British Bake Off” in the U.K. has gone viral on social media, after a contestant accidentally destroyed a fellow competitor’s cakes during the first challenge.

For the first assignment of season 11, which premiered across the pond on Tuesday, the “Bake Off” contenders were tasked with making six miniature pineapple upside down cakes, the Evening Standard reports.

As the group gathered around a table to present their final work to the judges, contestant Sura swiftly swatted away a bug that hovered over their creations. 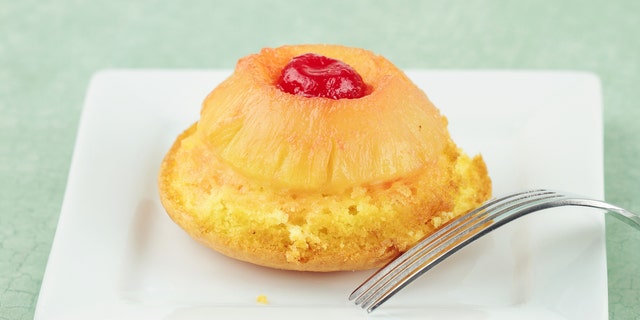 A must-see moment from the latest season of “The Great British Bake Off” in the U.K. has gone viral on social media.
(iStock)

"Oooh! Go away! Err!" she said, waving her right hand to send the bug away. In doing so, Sura accidentally hit competitor Dave who stood behind her, dramatically toppling over four of the six cakes he carried on a small tray.

Onlookers gasped, and someone yelled, “No!”

“Accidents happen – poor Dave and poor Sura. And spare a thought for the tent carpet too!” the official “Bake Off” Twitter account wrote of the clip, which has since been viewed over 218,000 times.

Commenters responded with mixed reactions and voiced sympathy for both parties.

One user made light of the situation, joking that the confections were now "a pineapple right way up cake."

“This is what happens when people don't social distance" another teased.

According to the report, Sura actually went on to win the challenge, an honor which she accepted through tears.

"It's bittersweet because I feel so sad for Dave. I wish it didn't happen, to be honest,” she explained.

Judge Paul Hollywood was a bit tougher, however, and shared some constructive criticism for Dave’s sweet treats, which were marked in ninth place.

"They look quite dark down the side there. Almost burnt,” the judge said, per Insider. “And that's not because it was dropped on the floor. That's because it's been over-caramelized.”