Mary Berry shows off her recipe for hot cross buns

Mary Berry has shared a plethora of recipes in her time as a chef and baker from savoury to sweet. With Easter just around the corner, many may be looking for a simple hot cross bun recipe to bake at home.

Speaking in an episode of Mary Berry’s Easter Feast, the 86-year-old said: “I love them [hot cross buns] with lots of butter and when they’ve been about for a few days, I toast them with more butter on.

“They’re a bit of a palaver to make but I promise you, it’s worth a try.”

Mary’s recipe takes around two hours to prepare but only 10 to 30 minutes of that is cooking time. 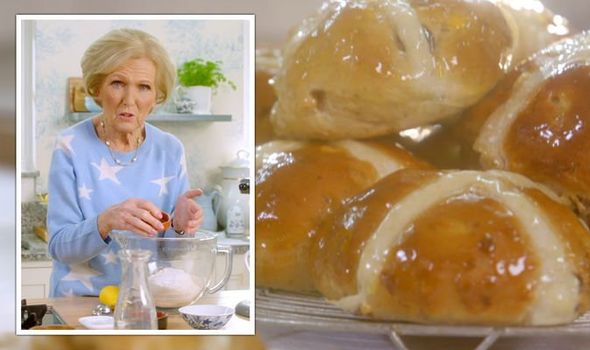 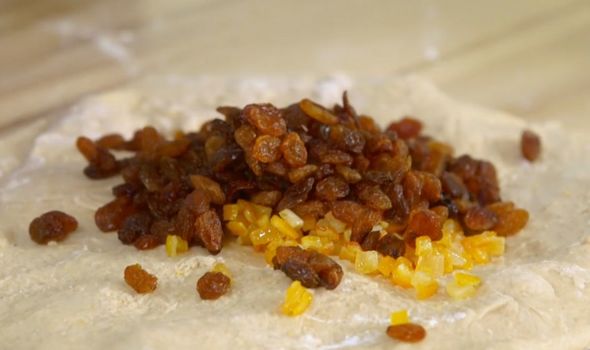 To start with Mary adds her flour into her mixing bowl along with the sugar.

She said: “Traditionally it would have been all spice, I use mixed spice because I like to have things on the shelf that I use often.

“In go two teaspoons of mixed spice to one of cinnamon.”

Mary then adds the yeast and the salt but recommends putting the powders on opposite sides of the mixing bowl.

She added: “If you put them together on top of each other, you’ll find that it won’t rise so well so you mustn’t mix them one on top.”

Then, add the lemon zest along with 40g of melted butter, the egg as well as the 300ml of milk.

Work the mixture altogether until it comes together in a dough. 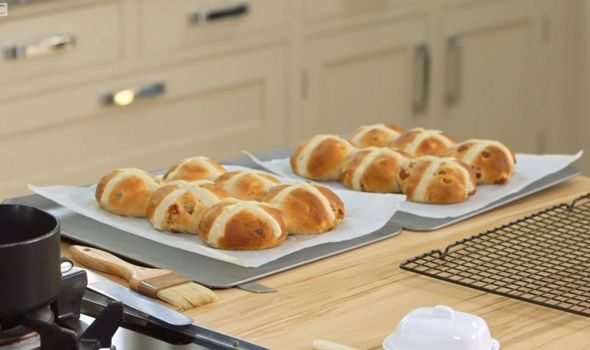 Mary then lays her dough mixture out on the work surface and adds her sultanas and candied peel while kneading the dough until the fruit is evenly spread.

The chef said: “You might think it’s a lot of fruit in my buns but I like them heavily fruit, it’s a bit of a luxury bun.”

Once combined, place the dough back in the mixer before leaving it to rise for an hour and half in a warm area.

Next step is to take it out of the bowl and give it a quick knead before leaving it to rise for another house and half.

Mary said: “Now, I’m ready to shape the buns, everybody has got different ways of rolling, you can just bring it in from the side and if you’re very proficient you can do it with two hands.”

Once shaped, place the buns onto a baking sheet and cover them for an hour for a final proof.

The chef then piped the cross onto the top with a simple flour and water paste.

The hot cross buns then need to be placed into a 200 degree oven for around 15-20 minutes or until golden brown.

Mary added: “I think they look splendid. What’s lacking is a lovely glaze on top.

These hot cross buns can be eaten fresh or placed in the freezer for up to one month.