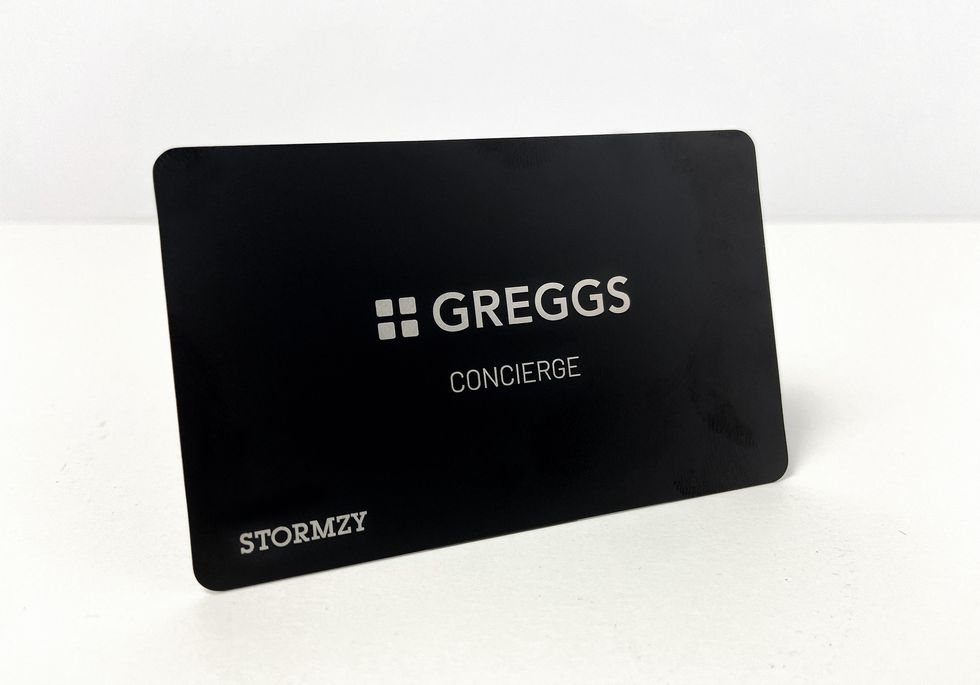 A lifetime of unlimited free pastries sounds like the stuff of dreams for lovers of sausage rolls and steak bakes. But for a few lucky celebrities, the Greggs black card has made this a very tasty reality.

British rapper Stormzy and singer Ed Sheeran are among an exclusive club of Greggs fans to be gifted a Concierge card by the bakery chain.

And now a petition has been started to give the privilege to a musical duo who have capitalised on their love of sausage rolls to raise money for charity.

Viral star Mark Hoyle and wife Roxanne, aka Ladbaby, made history in 2021 with a fourth Christmas number one dedicated to the humble sausage pastry.

After teaming up with Ed Sheeran and Sir Elton John on the hit song to raise funds for the Trussell Trust, fans think the pair deserve some recognition for all their hard work.

But what is the Greggs black card and is it possible for anyone to get it? Here’s everything you need to know.

What is a Greggs black card?

But a video of Stormzy unboxing his Concierge card has given us some clues as to what it entails.

The rapper was told he could order whatever he wanted straight to his door for free, meaning favourites such as sausage bean and cheese melts and bacon rolls could be delivered to him whether at home, in the studio, or performing at Glastonbury.

The perfect gift for a man who once rapped that he ‘grew up on yum-yums, Greggs and that’.

While Ed Sheeran recently revealed in a video campaigning for Ladbaby to be given his own card that it entitled him to ‘unlimited Greggs’.

Can you get a Greggs black card?

Unfortunately for flakey pastry enthusiasts, Greggs have said their Concierge service is by strict invite-only to their biggest (and most famous) fans.

Although judging by the recipients so far, it seems they favour musicians who have name-checked their products in songs.

So if you’re looking to get your hands on a lifetime supply of baked goodness, perhaps try making your own homage to your favourite Greggs snack.

How about a bacon and cheese w-rap?

What other chains offer a black card?

The concept of a black card was first popularised by Nando’s, who offer memberships to celebrities allowing them to order unlimited chicken for themselves and up to five friends.

Their cards are called High Fives.

Ed Sheeran and David Beckham are thought to be secret Nando’s black cardholders.

However, the chicken chain has denied the existence of a black card for years.

Burger King, Subway, McDonald’s, Rosa’s Thai Cafe, YO! Sushi, and Abrakebabra also have black card equivalents – but they are only available to celebrities and the odd competition winner.

For now, the general public will have to continue forking out for pasties and pies.