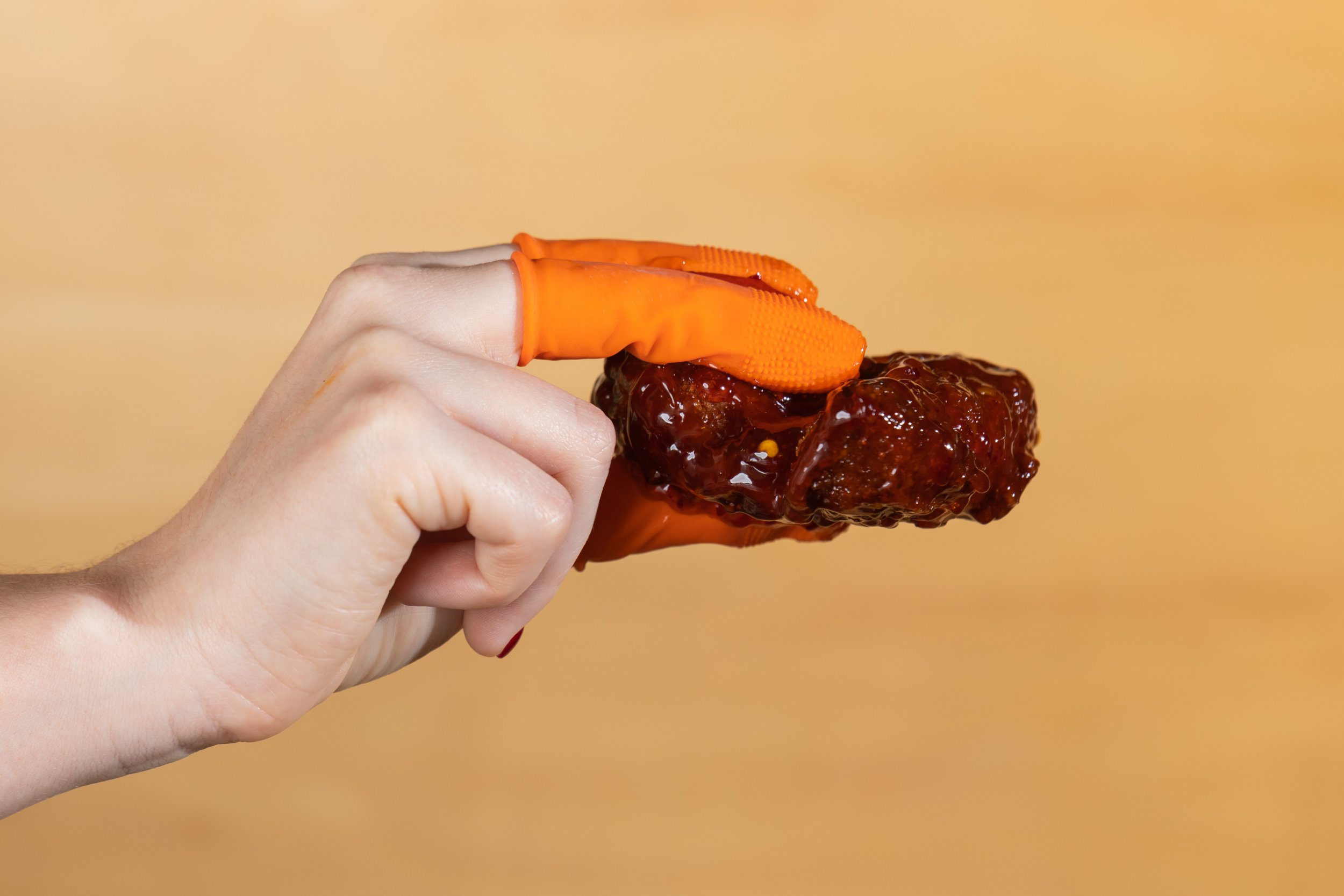 Eating with your hands is said to make food taste better and, according to experts, it improves the texture and flavour of the food.

But while we love a juicy burger or sticky chicken wings, it can all get a bit messy.

Well now you don’t have to deprive yourself of that finger licking tasty treat because the perfect solution finally exists: finger gloves.

Think of them as mini marigolds for your individual fingers.

The handy invention is brought to you by Japanese food chain, YO!, who have reintroduced their Japanese fried chicken this Christmas, in honour of the fact that over 3.6 million buckets of fried chicken is consumed in Japan each festive period.

Customers will receive Finger Lickin Gloves along with their order to protect them from the sticky mess.

This comes as one in five Brits admit refraining from finger food, like beloved pigs in blankets and fried chicken, due to a fear of getting messy.

Why is eating fried chicken popular in japan over Christmas?

This particular custom dates back to 1974, and a man by the name of Takeshi Okawara.

Okawara was the manager of the first KFC restaurant to open in Japan and, as legend has it, he overheard a young couple discussing how much they missed eating turkey at Christmas.

Realising that fried chicken could plug the turkey-shaped hole in the emerging Christmas market, Okawara developed a slogan – Kurisumasu ni wa Kentakkii or ‘Kentucky for Christmas’.

KFC quickly rolled out its Christmas offering: the Party Barrel, which included a seasonal chicken bucket with a side of wine and cake. Incredibly, it worked.

In 1984, Okawara was promoted to CEO of Kentucky Fried Chicken Japan where he remained until 2002.

Today, around 3.6million Japanese families indulge in a feast of the Colonel’s finest during the festive season.

KFC experience peak sales in the run up to Christmas Day, which sees queues trailing down the street and month-long wait times for the most popular dishes.

Staff dress up as a festive version of the twinkly-eyed, white haired Colonel, creating a hybrid Santa Claus figure that is revered in Japan as a wise elder.

In fact, the foods that are most likely to be avoided over the Christmas season due to the mess are fried chicken (39%), camembert (34%), and filo parcels (31%).

Finger gloves have been trialled in Japan previously, but this is the first time the move has come to UK shores.

The Finger Lickin’ Gloves are made from recycled materials, and are reusable and recyclable.

They certainly look interesting, that’s for sure, but they’re able to save you from sticky situations.

Victoria Mathers, Head of Restaurant Marketing at YO! Sushi said: ‘We want everyone to be able to tuck in and enjoy plenty of festive feasts over the Christmas season without worrying about getting messy, which is why we’ve developed our Finger Lickin’ Gloves.

‘With fried chicken ranked the messiest food, we want to make sure everyone can enjoy our delicious JFC mess-free!’