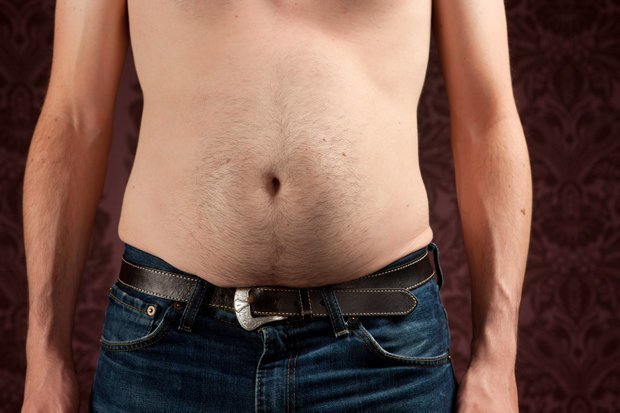 According to a new study, ladies are much more likely to go for a natural-looking physique rather than someone with a six pack.

Apparently, this is because un-chiselled chips are seen as being more comfortable in their own skin.

It found that more people than ever find the “dad bod” to be attractive.

A whopping 65% of those surveyed said the natural physique was “sexy”.

This is up 8% from last year, which is great news for anyone with a bit of a beer belly.

The survey also showed that a narrow majority of women prefer the dad bod to the six pack.

A sizeable 51% of ladies prefer un-toned physiques to chiselled torsos.

And for 78% of these women, this is because the “dad bod is a sign of a man who is confident in his own skin”.

It’s not just lasses who are embracing the dad bod.

This year, male participants revealed they were more accepting of their bodies.

A whopping 79% said they were happy with their figures, which is up 13% on last year.

Last year, we revealed that blokes were swapping abs for flab.

Liposuction procedures plummeted by 20%, while the number of tummy tucks fell by 12%.

Meaty bellies are back on the menu and “moob jobs” fell by 65%.

Actors James Corden, Seth Rogen and Jason Segel are among stars who have rocked the softer dad bod physique, making it more fashionable.

Consultant plastic surgeon Rajiv Grover said: “For men, the media’s adoption and celebration of the more natural looking ‘dad bod’ is possibly a driver in this trend.

“It shifts the focus to the face rather than the body – a shift that has lessened the pressure for a sculpted figure and instead allow roundness or softness.”