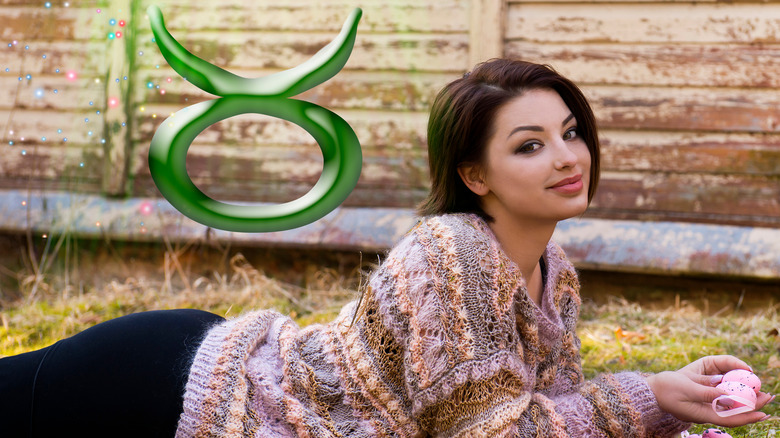 If you are a Taurus, it’s likely that your favorite time of the day is dinner time, followed closely by lunch time, breakfast time, second breakfast time, snack time, et cetera et cetera. Taureans are the foodies of the zodiac, according to YourTango, and they enjoy nothing more than a good meal in good company. Or a good meal alone, they’re ok with that, too. As long as there’s something tasty to eat, Taurus is just as happy at home in front of the TV as they are dining out at the latest trendy hot spot. (They won’t be too pleased with the latter, however, if it turns out to be one of those places that gives you tiny little portions served in a thimble.)

Taureans aren’t the pickiest of eaters, so their gastronomical repertoire runs the gamut from fast food to haute cuisine. If it tastes good, Taurus will eat it. If the flavor is only so-so — well, they’ll make do if they’re really hungry, but only to tide them through until a later, more enjoyable meal. If you’re looking for something sure to please the Bull in your life, though, you might want to start with one of these sure-fire Taurus pleasers. 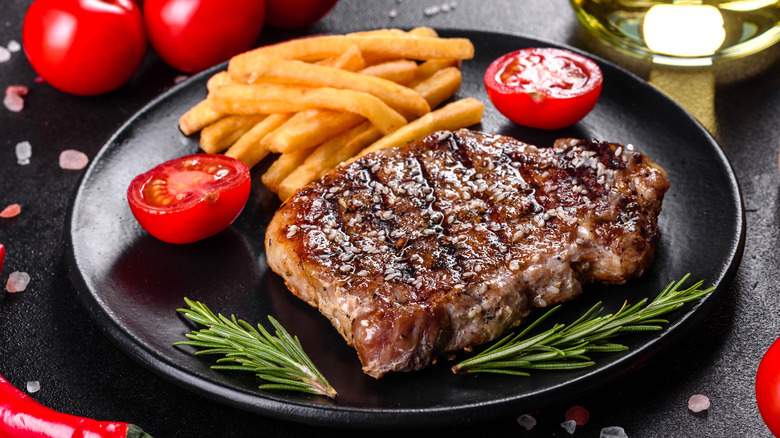 When you invite a Taurus over for dinner, don’t think of serving them salad. Or, if you do, make sure it’s something along the lines of taco salad or Cobb salad where the meats, cheeses, eggs, or other toppings outweigh the veggies. Even then, it’s a kind of iffy menu option, since what Taurus would really prefer is a big, thick, juicy steak.

If there’s a chill in the air, Taurus would appreciate a nice bowl of stew. If you really want to win over the gourmand at heart Bull, make it a not-so-plain boeuf bourguignon or a creamy beef stroganoff. Chili would also be welcome, but don’t go too heavy on the spices — unlike hotheaded Aries or adventurous Sagittarius, Taurus like to savor all of the different flavors in a dish. Pasta dishes are also a favorite of most Taureans, preferably something substantial like lasagna. (Garfield the cat may have had the personality of a Leo, but he had the appetite of a Taurus.)

Taurus is all about starchy sides 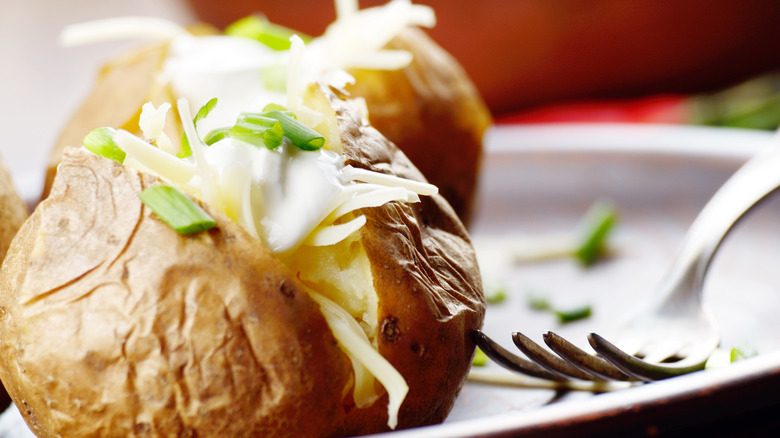 A truly happy Taurus is one who is not following the Atkins diet, or anything else that attempts to limit the consumption of this sign’s beloved carbs. Not only are they big fans of pasta, but they also can’t get their fill of bread. Warm, fluffy bread rolls, dripping with butter … If there’s anything that can keep a Taurus from cleaning their plate when dining out, it’s having a server who asks if they’d like the bread basket refilled. (“No” is not a word that easily finds its way to a Taurean’s lips, particularly when the question involves a second helping of food.)

This is not to say that Taureans never eat their veggies, at least not if by veggies you mean potatoes: fried potatoes, mashed potatoes, roast potatoes, potato latkes, potato salad, baked potatoes (loaded, for preference), Taurus loves them all. Every once in a while, though, Taureans will shake things up by consuming a different type of veggie: the almost equally starchy corn. Especially if it’s slathered in butter or mayo and dipped in cheese, elote-style … yum!! 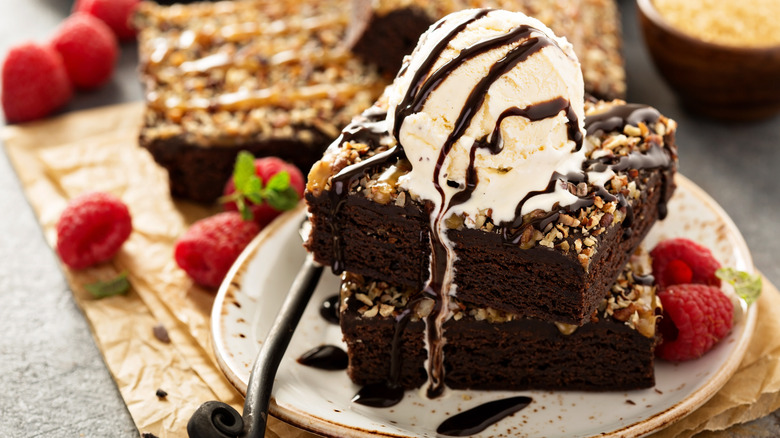 If Taurus hasn’t been inclined to show much resistant with the main course and side dish, you needn’t expect them to embrace the idea of a simple fruit salad for dessert, either. Taurus would rather have a dessert that’s more, well, dessert-y. Fruits are fine, as long as they’re in a pie (à la mode, please!), but what Taurus really wants is chocolate.

In their 1969 classic “Cooking with Astrology,” Sydney Omarr and Mike Roy created a dessert for the Taurus called the “Venus Goodie” (Venus is Taurus’ ruling planet.) According to the recipe shared by the Quirky Cookbooks podcast, this consists of torn-up bits of angel food cake embedded in a thick, creamy, rum (or coffee)-flavored chocolate mousse. Cake plus pudding — the only thing that could make this even Taurus-ier would be to top it off with a big scoop of ice cream! (While our ice cream loving POTUS is a Scorpio, Astro-Charts reveals he does have a Taurus moon.)

Taureans are fond of a tasty beverage 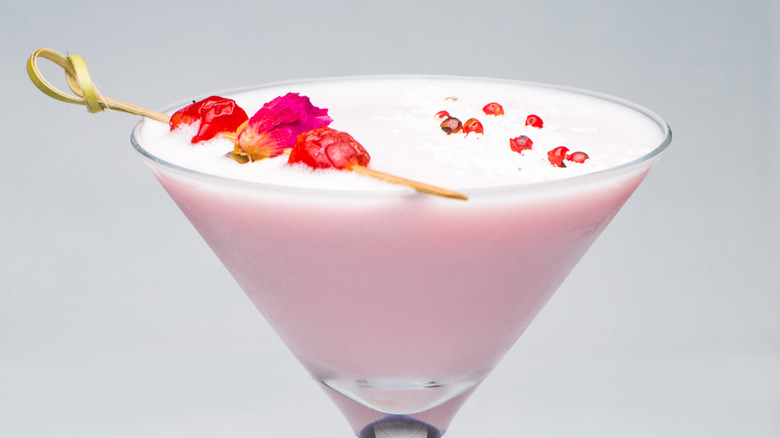 If you were to visit Starbucks in the company of a Taurus we’d bet you dollars to donuts (mmm, donuts … Taurus loves these, too) that your Bull in a coffee shop companion wouldn’t be ordering plain black coffee or herbal tea. A grande Frappuccino with extra whip, that’s more a Taurus’ style — though probably not a secret menu one, since they don’t really want to put the barista to that much work. If they are making coffee or tea at home, Taurus won’t stint on the cream — they’re no fans of skim milk.

While Taureans aren’t the biggest boozers in the zodiac (Thrillist says that honor goes to the water signs), they appreciate how the right wine can enhance a meal, and they also enjoy kicking back with a cocktail from time to time. Taureans do love those sweet and creamy drinks like the brandy alexander and pink squirrel, and they are particularly fond of “brunch drinks” (or brunch in general — it’s two meals in one!). Something slightly sweet, sparkly, and luxurious like the kir royale suits Taurus down to the ground, although, being sensible earth signs, they’re not likely to end up under the table drunk. 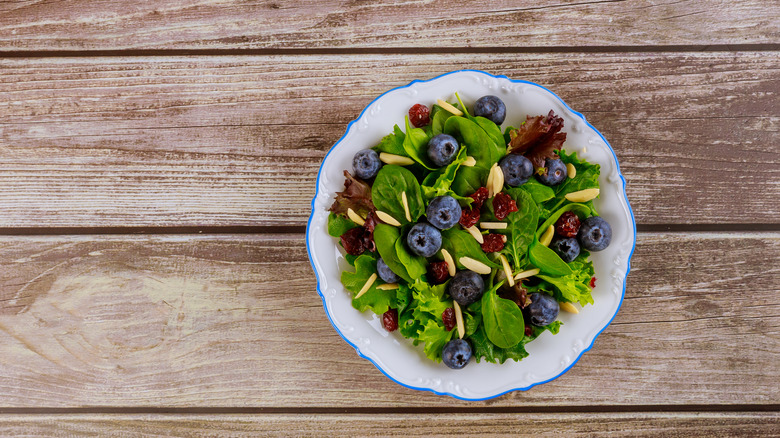 While it may be starting to sound like each and every Bull is a heart attack waiting to happen, Taureans are, at their core, actually pretty practical people. They realize they can’t indulge their appetites all day every day, and they’re willing to adopt a more modest diet 5 days a week as long as they can splurge on the weekends. Astrology Answers informs us that the Taurus body part is the throat and neck, but says this means Taureans may suffer from thyroid trouble. To combat or forestall this, they suggest iodine-rich foods including seaweed, liver, kidney beans, eggs, and seafood. They also note that the Taurus cell salt is sodium sulphate, so Taureans should be sure to consume foods containing this salt such as asparagus, cranberries, cucumbers, nuts, onions, and spinach. The Times of India adds that your mineral is copper, which means you should include beef, lamb, liver, egg yolks, almonds, peas, and prunes in your diet.

If the thought of some of these foods depresses you, dear Taurus, cheer up! Just use your gourmet imagination and conjure up visions of carpaccio-wrapped asparagus spears in an egg-rich hollandaise or a spinach salad with dried cranberries and candied almonds. Oh, and if you do overindulge from time to time, a nice cup of fennel tea might help to reduce any discomfort you feel.