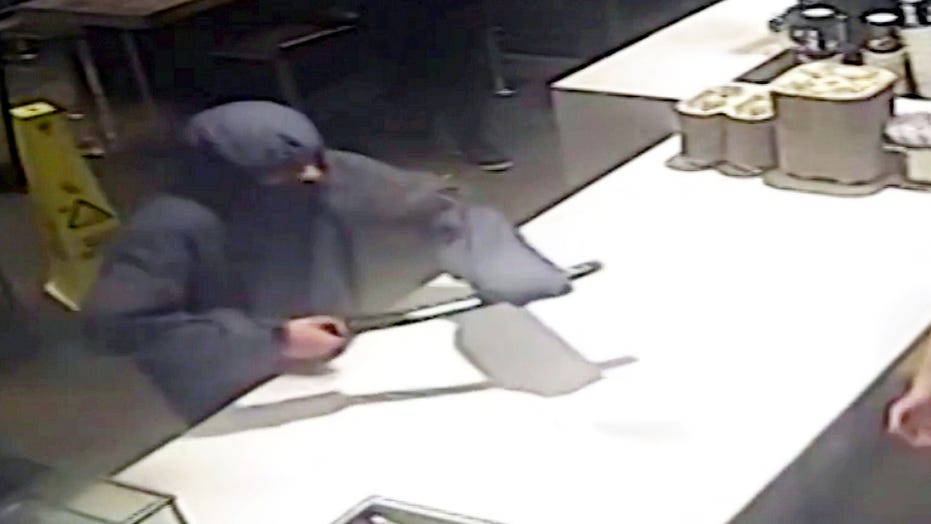 Police are searching for suspects accused of using a sword to rob a Kentucky Fried Chicken in England.

Authorities have released images of the suspects, who threatened the restaurant’s employees during the October 27 incident. The two unidentified men grabbed money from the register and then fled the store.

The incident occurred around 10:30 p.m. at a KFC in Derby, reported South West News Service, a British news agency.

Security cameras caught the two men as they entered the store. One of the suspects is seen pointing the sword at a worker after climbing on top of the counter. His partner then runs around to the other side of the counter and grabs cash from the register.

Both men then fled the restaurant. No injuries were reported following the incident.

“I understand that the two suspects have their faces covered but I am asking for help from anyone that may recognize anything about the two people in the footage, perhaps clothing or the way they are walking or acting," said Derbyshire Detective Constable Steph Marshall when the footage was released. 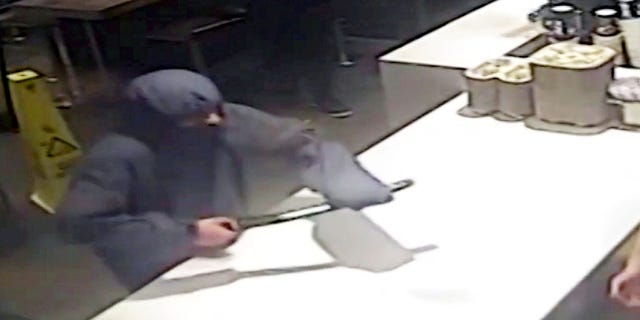 Both suspects fled the restaurant after using the sword to threaten staff and taken money from the register.
(SWNS)

“Although over in minutes, the incident was very frightening for the staff and so I urge anyone with any information to make contact with me," Marshall added.

The Derby incident marks the latest fast-food robbery of note. In late November, authorities in Georgia had also arrested a woman who was suspected of shooting at a KFC drive-thru window in Kentucky a month earlier. The 33-year-old woman, from Sandy Springs, Ga., was taken into custody almost a month after the incident occurred.