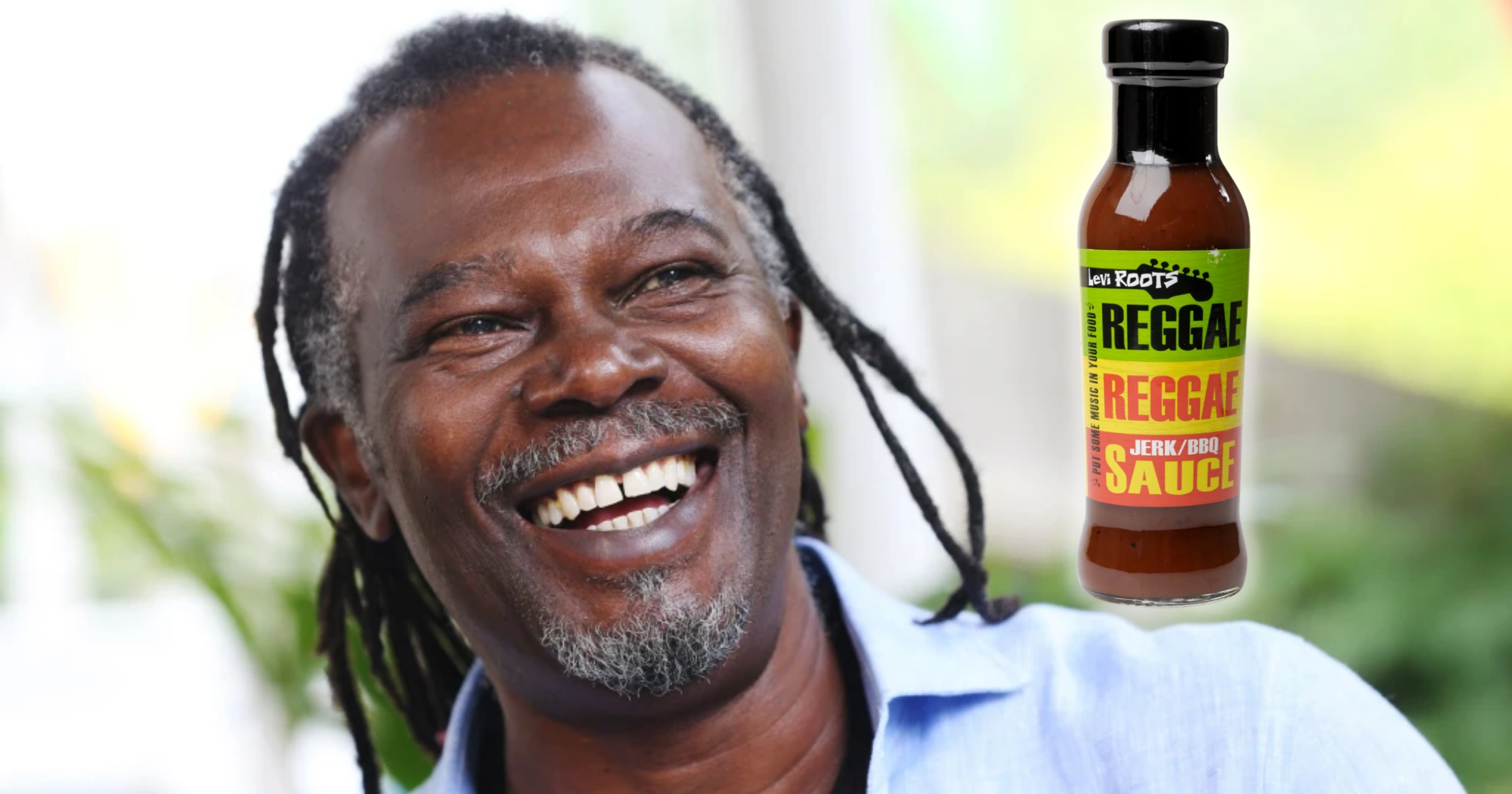 He shot to fame in 2007 when he successfully persuaded Peter Jones and Richard Farleigh to invest in his business on Dragon’s Den.

We chatted to the Caribbean cuisine entrepreneur, 63, on his new protegees, being sued by a friend and his worries about trading off Jamaica’s heritage.

Did you ever imagine when you gained £50,000 through Dragons’ Den that Reggae Reggae Sauce would become a multimillion-pound business?

You dare not but when I think of the response I had after Dragons’ Den, I’ve never seen anything like it. Overnight I was perhaps the most famous black man in the country who didn’t kick a ball or run fast.

I felt that the sauce was ready because I did it for many years at the Notting Hill Carnival – my stall had the longest queue. But I had changed my sauce – originally it was really hot but I wanted to do one that white people could take.

They didn’t like the very hot sauce that everybody else was doing so I created a sauce inspired by my grandmother’s, which was about flavours.

Are Dragons Peter Jones and Richard Farleigh, who invested a 40% stake in the your business, still involved in a hands-on way?

Peter introduced me to his office 15 years ago, a massive office in Kensington. He showed me the boardroom and said, ‘Right, that’s yours.’ In the 15 years since, I have never seen any other businesses share that office and yet he’s invested in hundreds.

When you go into the boardroom there is only one picture on the wall. It’s of me. I signed it ‘From the Dragon slayer to the Dragon.’ What I’m trying to say is that we’ve become great friends.

What impressed you about Khamisi McKenzie and Daniel Opoku-Baah and their London soul-food business Drums And Flats?

Talking to those guys was like seeing me when I started and I was ready to pick up the baton and run with it. They are ready. All they needed is someone to say, ‘I can help you. I can push that button. I can make that call for you.’

When I got my mentor in Peter Jones, that was amazing and I saw that in their faces when I walked into the room. They have grown up on Reggae Reggae Sauce and I know they’re inspired by my story so I knew it was not going to be difficult to get my point across to them. I think they are going to be a massive success.

Part of your mentoring is being involved with BT X Google’s digital skills scheme post-pandemic. How are your own digital technology skills?

My mantra is always to bring people in to do what I can’t do because what they can’t do is be Levi Roots and that’s what sells the brand. So I get the right people to make sure that in this digital age we are not left behind.

You may not be digitally savvy yourself but you may know a friend who can look at your website and they will say to you, ‘Get rid of that. Change your URL name and don’t call it I’m A Bad Man.’

Mistakes, you’ve made a few?

Oh my God, where shall I start? I ended up at Her Majesty’s Pleasure [in the 1980s for drug offences] after many years of hoping that someone would spot me in Brixton. ‘Hey, I can do music! I can sing! I can cook!’ but it was just never there.

So you survive by whatever means you can when you are in that situation. I went into prison as Keith Graham [his birth name] but then I changed my name to Levi Roots and changed everything about myself. I came out as someone even my friends didn’t recognise.

What has happened to plans for a movie about your life by Fisherman’s Friends writer-producers Meg Leonard and Nick Moorcroft?

We were in a meeting a few days ago at Soho House. I can’t believe there is going to be a movie about me. We were reading the script and tying it together.

It’s so exciting. I can’t wait to find out who is going to play me.

What has been your proudest moment?

I was in Jamaica a few years ago. Because I use the term ‘reggae’ and the colours of Rastafari – green, gold and red – and the sauce bottle has a dancing man on it, I was a bit worried after five or six years of using the heritage of my country that I didn’t put anything back yet.

So I opened my first store in Jamaica in Devon House. I was driving in the countryside and inside a toll booth there’s a lady who says, ‘Hey, is you the pepper man from England?’ I drove off with the biggest smile.

Was your lowest moment when former best friend Tony Bailey and financial adviser Sylvester Williams sued over the sauce recipe – a case that you won?

That was worse than low. I always try to warn kids nowadays that one of the key spends is to get legal advice at the beginning. It’s a mistake that I made. There was no legal advice that I was getting at the time. I was sued for a lot of money.

It was a massive case. The sauce was just flying out of the stores then. It was three or four years after the Den. But I went through the case and thank God the judge knew that it was my hard work and my recipe. But winning it and moving forward was just the most amazing thing.

Levi Roots is supporting BT and Google’s Get Mentored, Get Growing campaign. Further details at bt.com/skillsfortomorrow/with-Google