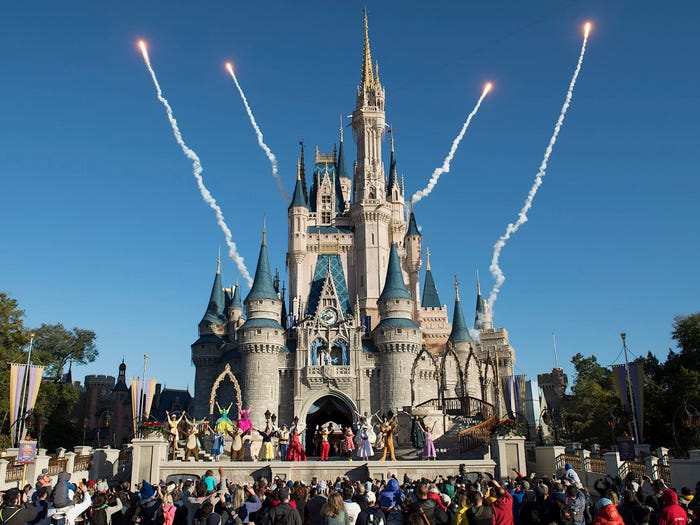 Less than one week after being released, the Disney World line of McDonald's Happy Meal toys has been recalled.

Early this week, Disney fans and McDonald's customers began to speculate that the toys — which have figurines of classic characters inside miniature ride vehicles — had been recalled after unsuccessfully attempting to purchase them at restaurants. Others who purchased Happy Meals said they were given different toys after being told by McDonald's staff that the Disney collection was recalled.

According to an internal McDonald's memo obtained by WDW News Today, the toys were recalled because they included QR codes that led to "unintended search results" when scanned outside of the McDonald's app.

On Twitter, numerous parents said their children were left upset, and sometimes crying, when they didn't receive a Disney-themed toy with their Happy Meals. Older Disney fans also said they were disappointed that they couldn't purchase the collectible items.

According to WDW News Today, the toys included faulty QR codes, which sometimes led to error messages and non-Disney websites

WDW News Today learned of the recall through an "internal McDonald's Restaurant Brief Alert," according to a report published on Monday.

"There is an issue with the QR codes that are packaged with the Mickey and Minnie's Runaway Railway toys," the memo reportedly said. "If the codes are scanned outside of our app (versus the McDonald's app as directed), they may lead users to an error message, or in rare cases, unintended search results."

McDonald's customers and Disney fans have said on Twitter that the QR codes led to pornographic websites when scanned outside of the McDonald's app, though the food company and Disney have not yet confirmed or denied the claims.

The publication went on to report that toys without the QR codes should already be arriving at McDonald's locations, though "restaurants are being told to use generic Happy Meal boxes and generic toys" in the meantime.

In a Disney Parks Blog post from November 18, a Disney representative said the McDonald's toys were inspired by the new Mickey and Minnie's Runaway Railway ride at Hollywood Studios. There are 10 toys to collect, from Mickey Mouse riding the Tower of Terror to Daisy Duck flying around the Epcot sphere in a Soarin' hang glider.

"Anchored by Engineer Goofy and Mickey and Minnie celebrating Mickey and Minnie's Runaway Railway, these toys connect together to form a 10-car train," the representative wrote. "Each one also has a unique function to make the character move as it rolls, so as the attraction's soundtrack says, 'nothing can stop us now' from having fun!"

Each toy was also meant to include a QR code, which could be scanned in the McDonald's app for a chance to win a Disney World vacation for four people. It's unclear if this contest will continue once the QR codes are removed from the Happy Meal toys.

Representatives for McDonald's and Disney World did not immediately respond to Insider's request for comment.